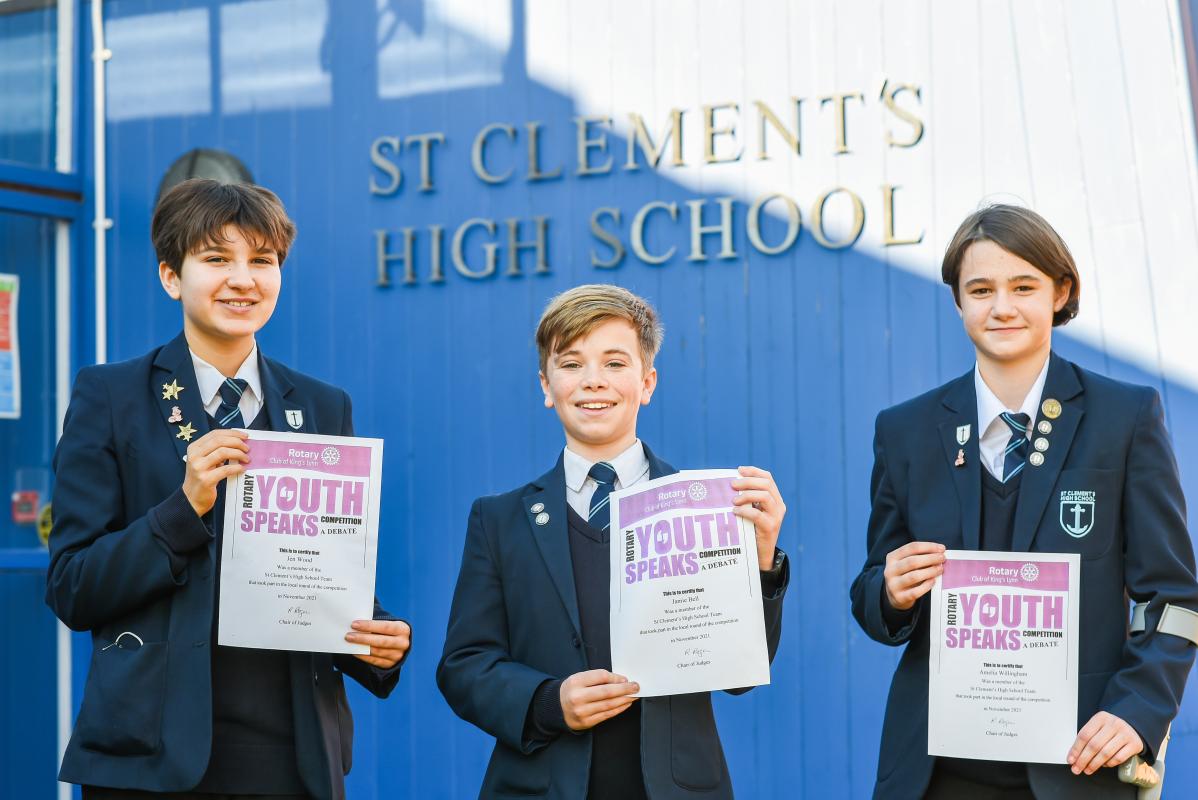 Four teams recently took part in the local round of this competition organised by the Rotary Club of King’s Lynn – Marshland High School, Smithdon High School, Springwood High School and Terrington St Clement’s High School.  The debates covered topics relating to the innate goodness (or badness) of mankind, the effectiveness of long prison sentences, the effect of digital technology on childhood and the use of standardised testing in schools.

The winning team was that from St Clement’s High School: Amelia who proposed the motion that standardised testing in schools should be abolished; Jamie who opposed the motion; and Jen who chaired the debate.  They will represent the local area in the District round of the competition in the late spring or early summer, Covid permitting.

Because of Covid it was not possible to hold the competition last autumn as planned and attempts to re-schedule it for March, July and October all failed.  Eventually it was decided to hold the event on Zoom.  This was by no means ideal but in the circumstances all four teams performed exceptionally well.

The Rotary Club is very grateful for the continuing support of the judges – Dr Bob Rogers, Mrs Theresa Banks and Mrs Cynthia Youngman and also to Ms Hayley Roberts, Director of Engagement at the West Norfolk Academies Trust.

Photograph by Ian Burt (From left to right): Jen, Jamie, and Amelia.