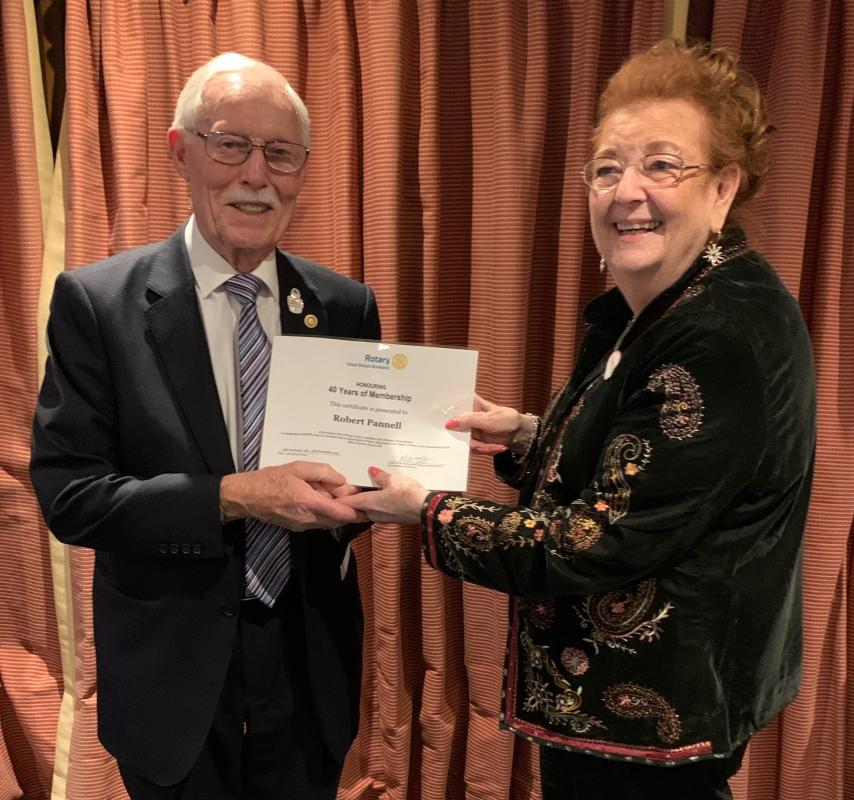 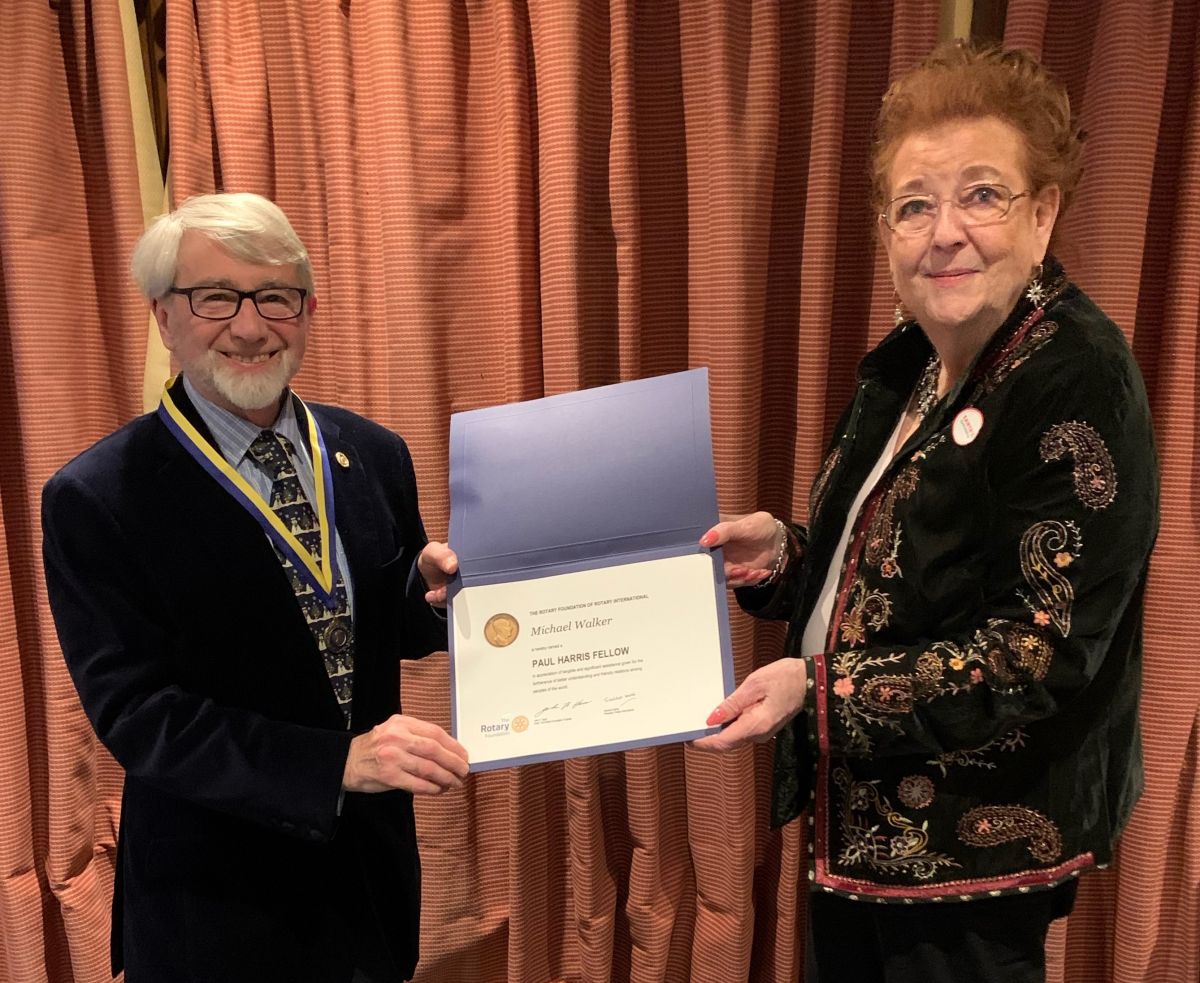 At a recent meeting of the Rotary Club of King’s Lynn two important awards were made by the President, Dorothy Pulsford-Harris.  Bob Pannell was recognised for his 40 years as a member of the Club - he joined on the 30th of November 1981 and is the longest serving member.  Bob was presented with a certificate and also a letter from the President of Rotary International, Shekhar Mehta, who thanked him for his dedication to community service.  Mr Mehta said it was because of active and engaged members like Bob that Rotary can Serve to Change Lives.

The second award was made to Immediate Past President, Michael Walker, who was made a Paul Harris Fellow, the highest mark of recognition in Rotary.  Michael was President of the Club in 2013-14 as well as in 2020-21.  He has also been Secretary and Treasurer for several years and is currently webmaster. Michael originally joined Rotary in 1983 as a member of the Rotary Club of Buxton in Derbyshire.  He has been a member of the Rotary Club of King’s Lynn since 2009.  The award was made partly in recognition of his work in Rotary but also because of his voluntary work in education since he retired from the Headship of King Edward VII School in 2002.