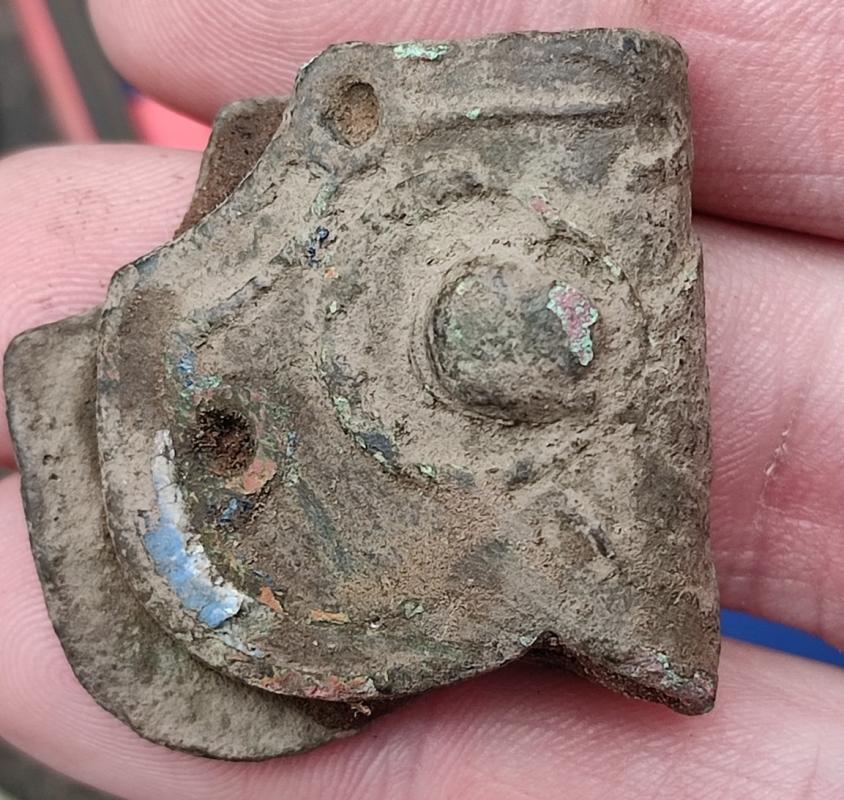 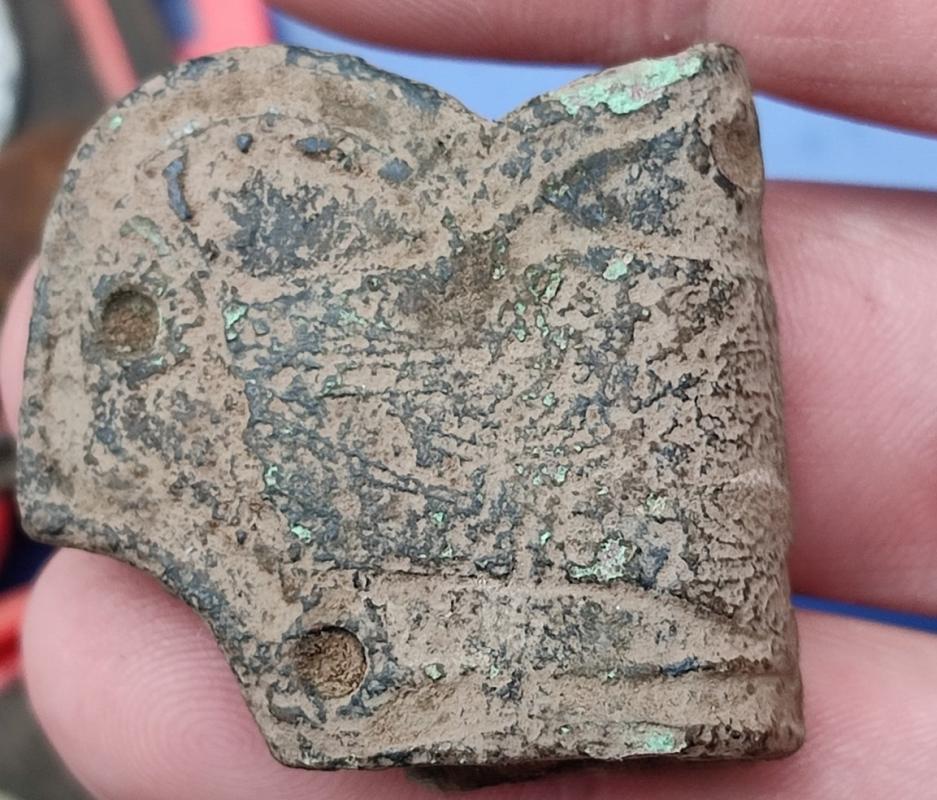 At the Annual Metal Detecting Rally organised by Brampton & Longtown Rotary Club recently the organisers and metal detectorists were delighted to discover some finds of interest.  One item found by Pete Anning has been confirmed by the Finds Officer as a Medieval Copper Alloy enamelled mount of mid 12th to mid 14th century times.

The mount is almost complete but folded, and possibly shows Saint John with a halo.  It is of a type produced in Limoges in West central France and is similar to others identified as decorating devotional metalwork.  The Finds Officer has suggested that it may have decorated a casket, book plaque or similar.

Information about the mount has been logged on the Finds Database under the Portable Antiquities Scheme.   This Scheme is run by the British Museum and National Museum Wales to encourage the recording of archaeological objects found by the public in England and Wales.  These finds assist with advancing understanding of history and archaeology in England and Wales.

Pete Anning, who took time out from visiting family in the area was really pleased.  “I was half hoping for some Roman items given we were close to Hadrian’s Wall. The said item was approximately 12” deep and I knew it was something when I uncovered it – but I didn’t realise quite how important it was until I got back home and posted photos of it on social media, where an archaeologist and fellow detectorist, Peter Faxholm identified it for me”.

Organiser of the event Peter Sedgwick said “It was really encouraging to have such an exciting find following 2 years of cancelled events due to the pandemic.  The event was well attended and raised funds for local and international good causes supported by Rotary in Brampton & Longtown.”

Photos with permission of Pete Anning.

A detailed report from the Finds national database can be found here.

more Brampton Golf Club. Details of event and thanks to all sponsors

We use your gifts for projects that change lives

back Brampton & Longtown Rotary are continuously raising funds for charitable causes both locally and internationally.