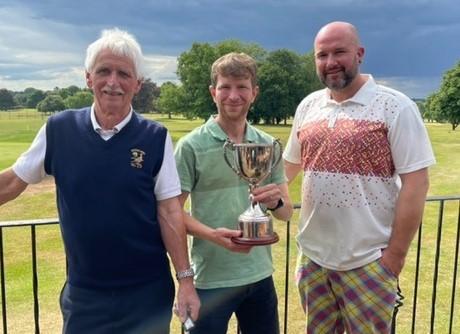 This year’s charity Golf Day organised by the Rotary Club of King’s Lynn was held at Middleton Hall Golf Club on Friday 1 July.  It is the main fund raising event of the year and it is hoped that some £6000 will be raised to support local, national and international charities.  In the last Rotary year, to the end of June 2022, the club made donations totalling some £12000 to over twenty good causes, including Guide Dogs for the Blind, Walking 4 Norfolk, 3 Dad’s Walking, Shelterbox, Papyrus, Royal British Legion, Kids out, Baby Basics, Little Discovers, King’s Lynn Night Shelter, East Anglia Children’s Hospice, East Anglian Air Ambulance, King’s Lynn Samaritans, RNLI, Bridge for Heroes, dementia patients at the Queen Elizabeth Hospital, the Grace Orphanage in Nepal, Companion Paws, The Norfolk Hospice, Tapping House and Festival Too.  In addition some £2500 was donated to provide help to the people of the Ukraine.

The Golf Day is organised by Steve Roberts and Geoff Cheney on behalf of the Rotary Club.  16 teams took part this year and the winners were the team from Stephenson Smart Accountants.