Our Christmas collection raised £2000 for charity. 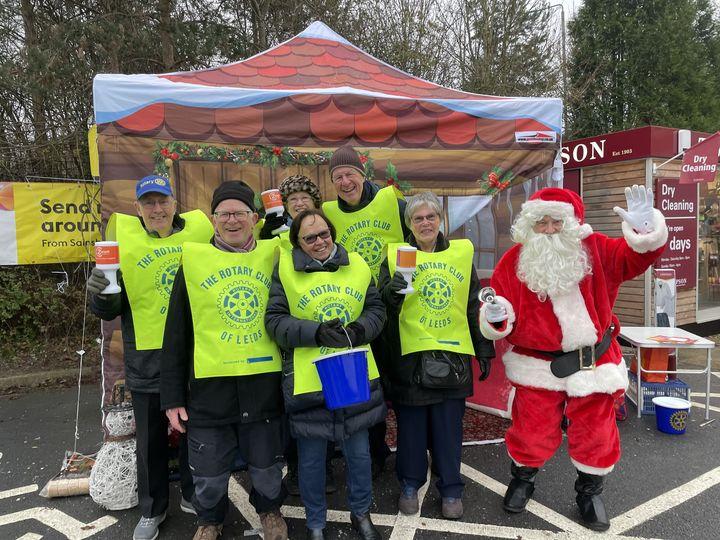 The temperature hovered around freezing.
Nevertheless, in co-operation with our Roundhay friends, we raised approximately £2000.00 for Zarach and for St.Gemma’s.
The event took place over three consecutive days (December 16-19), directly in front of Sainsbury’s store, at Moor Allerton.
The new Gazebo (purchased jointly by Leeds and Roundhay) was decorated internally as Santa’s Grotto and proved a hit with all the children who visited.
Our Santas - David Waddington and Carl Evans - did an absolutely amazing job!
Our Volunteers braved the weather and were very successful in enticing children into the Grotto and persuading others to donate to the two charities.

more For many years this event has been one of the high points for the Rotary Club of Leeds. Even though Covid made things different for everyone, this year’s awards ceremony still went ahead using Zoom.