In light of the current coronavirus crisis, regular Thursday meetings of the Rotary Club of South Queensferry have been suspended till further notice.

Owing to Queensferry High School moving into a new building, it will not be possible to stage this year's Rotary Senior Citizens' Concert until October. We'll announce details nearer the time and are sure our first concert in the splendid new school will be an evening to remember.

Santa has now finished his tours and his sleigh is safely tucked away for another year.  Our thanks to all those who came out to meet us on both the tours and the static sites.

The 2020 abseil, originally due to take place on Sunday 10 May, has been postponed due to the coronavirus crisis. We will publish the new date as soon as we can. 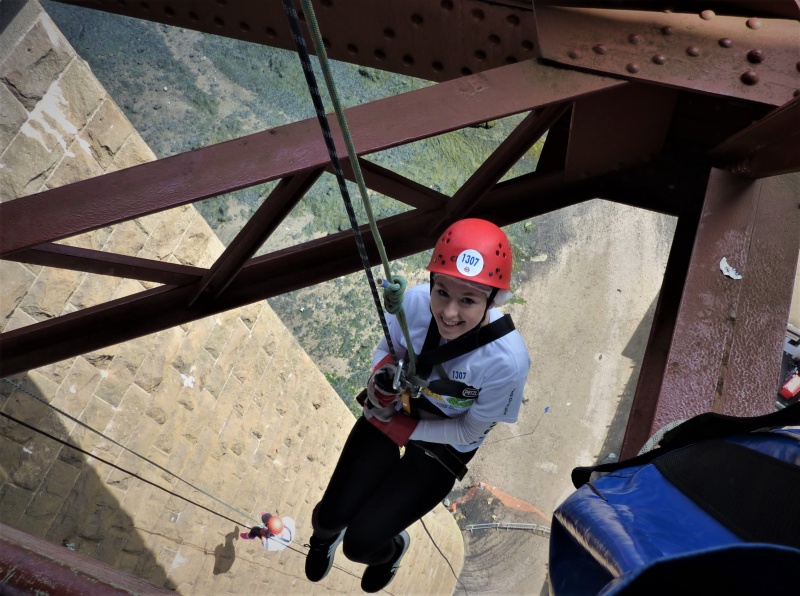 The 2019 Forth Bridge Rotary Abseil, organised by the Rotary Club of South Queensferry, saw 334 intrepid volunteers turn out to drop 165ft from the world-famous landmark in aid of good causes. The event has grown into one of the most significant fundraisers in the district and this year topped the £1million mark in money raised since it started ten years ago. The principal charities to benefit this year were The Edinburgh Children's Hospital Charity and Strathcarron Hospice. Each charity is adopted for two years and spaces are also made available for supporters to abseil on behalf of many other local and national charities. There is also a charity village in the grounds of the Hawes Inn where participants and spectators can find out more about the charities they are supporting.

Abseilers of all ages in a range of colourful outfits descended from the bridge to the beach watched by friends and supporters. A team from Amazon in Dunfermline supporting CHAS were first down. They were followed by a strong team from the Rebecca Rocks fundraising group, also abseiling for CHAS.  Many abseilers chose colourful outfits. Batman descended complete with cape, a team from Kinloch Anderson, abseiling for Macmillan Cancer Support, all wore kilts and the group from Craigie's Bee Team naturally wore bee-keepers' outfits. Good, clear weather helped the event go with a swing and the last abseilers landed safely on the beach just after 5pm.

For more pictures visit our Photo Galleries or click here. 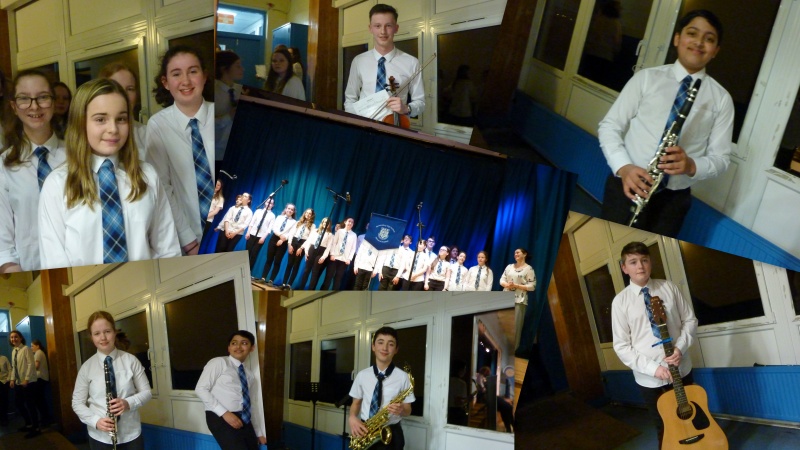 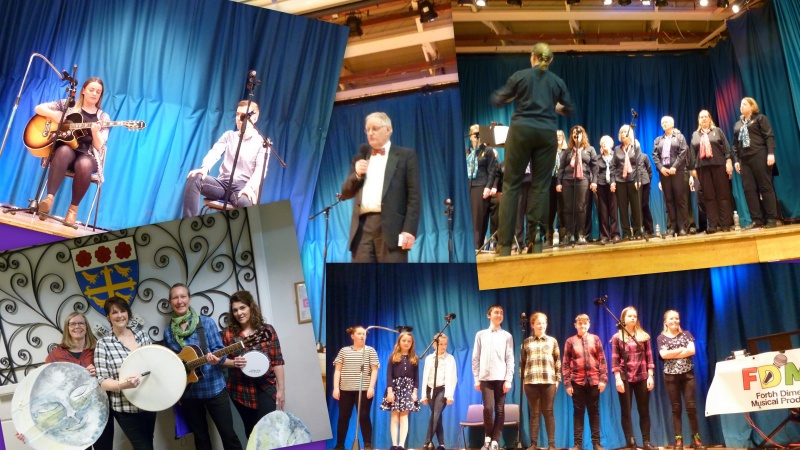 On Friday 8th March, the thirty-seventh Rotary Senior Citizens' Concert took place in Queensferry High School. Compere Dr Douglas Stuart introduced a line-up of musical talent of all ages to a capacity audience from Queensferry, Kirkliston and Dalmeny. Singers and instrumentalists from Queensferry High School under the direction of staff from the music department, started the evening's entertainment with a splendid programme that did great credit to the young performers and their teachers. They were followed by the local choir Ferry Blend, whose blend of old favourites and more recent hits set feet tapping and brought hearty applause. Home Grown, a group of ladies from Ferry Blend, then took the stage. Accompanied by guitar and drum, their repertoire brought back many memories and had the audience singing along. Forth Dimension, a talented amateur dramatic and musical society based in Queensferry gave an impressive and polished performance. 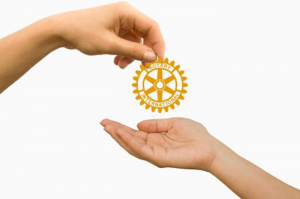