Greetings from Allander Rotary. Please see 'Happening soon....' section below for details of where and when our next weekly meeting is being held. 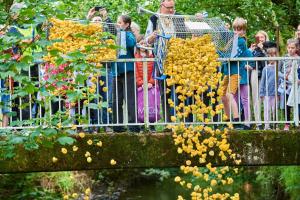 Thanks to everyone who participated. Winning numbers listed below. We have raised £1269 for charity. Thanks to Motorpoint Glasgow for the prizes. 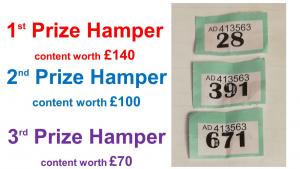 Record of the winners and money raised for East Dunbartonshire Foodbank from a Hamper Raffle in December 2022. 675 tickets sold. Additional donations means £800 going to the ED Foodbank. 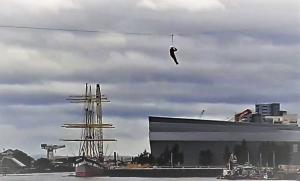 Cross the Clyde for Carers 2022

Thanks to all who supported Jim Gibbons who participated in this event on our behalf raising funds for Carer's Link. As of 26th October, his total was £520.00
+ £102.50 Gift Aid 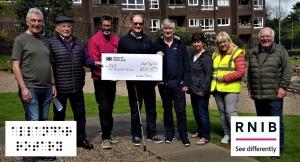 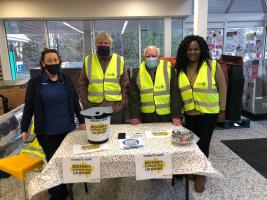 Thanks to everyone who donated to our collections for Ukraine. With £1713.20 donated at Tesco, £265.75 from our weather affected street collections and donations from the Club means £2300 for the DEC appeal. You can still donate.

Return of our annual lecture. Details to be released in coming weeks. Talk by a famous Scottish historian.

Welcome to the Allander Club which is the local Rotary Club for the Bearsden and Milngavie areas on the north side of Glasgow.

The club was formed in 1970 and has developed strong links with the local community eg Milngavie Youth Centre and local schools. The recently developed Clyde Coastal Path (http://www.focrt.org/ccp) provides a route between the Ayrshire Coastal Path and the West Highland Way. Our annual Duck Race and and other fund raising events raise money for a range of local and national charities incluidng the Children's Hospice Association Scotland (CHAS), Kidney Kids Scotland, Milngavie Youth Centre, ED Foodbank and other local charities. Over the years we have raised over £300,000. We also raise funds for Shelter Boxes and Water Boxes which contain tents and other equipment to purify drinking water and help survival in those parts of the world where a natural disaster has struck.

Rotary was founded in 1905 in Chicago by Paul Harris and in 2012 celebrated its centenary in Scotland. Rotary International now has 33,000 clubs in 200 countries and geographical areas with a membership of 1.2 million. When working together it can produce wonderful life changing results as shown by the fight against polio.

Polio is a virus which can cause paralysis and death. In 1985 there were 325,000 cases in 125 countries. Rotary raised $250m dollars, matched by the Bill and Melinda Gates Foundation, to fund an immunisation programme. Polio remains in only 3 countries: Pakistan, Afghanistan and India.  It is reckoned by the time Polio has been eradicated, in terms of money, expertise, equipment and volunteers, Rotary International will have contributed close on $2billion.

Rotary provides an opportunity to make a difference: locally, nationally and internationally.

Rotary is based on fellowship and fun. In addition to our various Rotary service projects, we have an active social and sports programme.

Allander Rotary is keen to hear from men and women in the local community who wish to know more about the activities of the Rotary organisation and Allander in particular.

Get the Allander Rotary app!