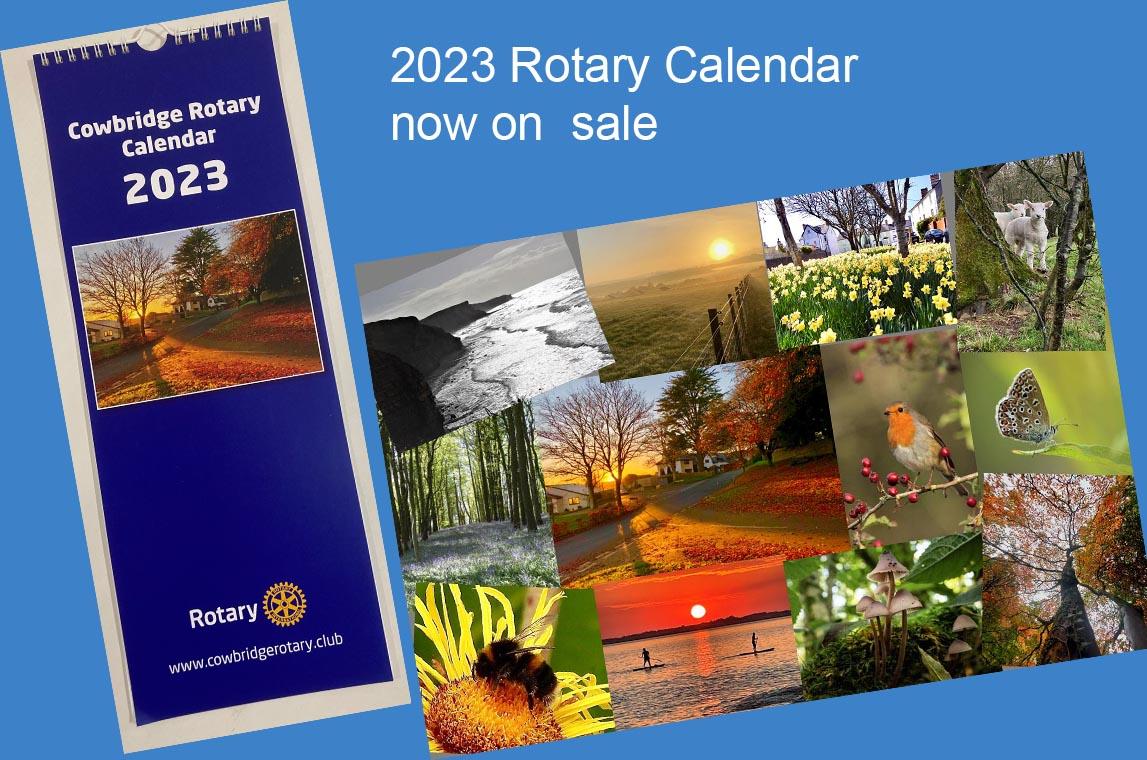 Sellers from 7:00am £7 per car - Rear of Cowbridge Town Hall

It is good to be back.

The Rotary Young Chef Competition is back after missing two years because of the Covid pandemic. There is great enthusiasm amongst the young chefs and this year there were twelve competitors from Year 10 at Cowbridge Comprehensive School who wanted to show their cooking skills in the Cowbridge heat which was held on Tuesday 10th January.

The task given was to prepare, cook and present a three course meal for two people with ingredient costs that did not exceed £22. The judges, Rotarian Sîan Whitefield and Sam Morgan of Arboreal in Cowbridge, were looking for tasty, well-presented food but they were also awarding marks for planning, presenting on time and maintaining a clean and tidy workspace. 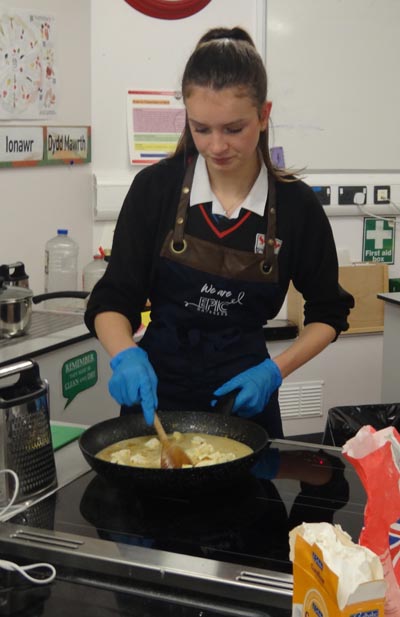 With much difficulty in making the choice, Olivia Wright and Kate Maunder were declared joint runners-up and Harriet Osborne the overall winner. Harriet prepared a vegetarian meal with Tofu kebab starter, a vegetable curry main course and a chocolate mousse dessert.

Judge Sîan said, “The standard of the meals prepared by all the competitors was extremely high and reflects the enthusiasm within the Design & Technology Department of the school”. 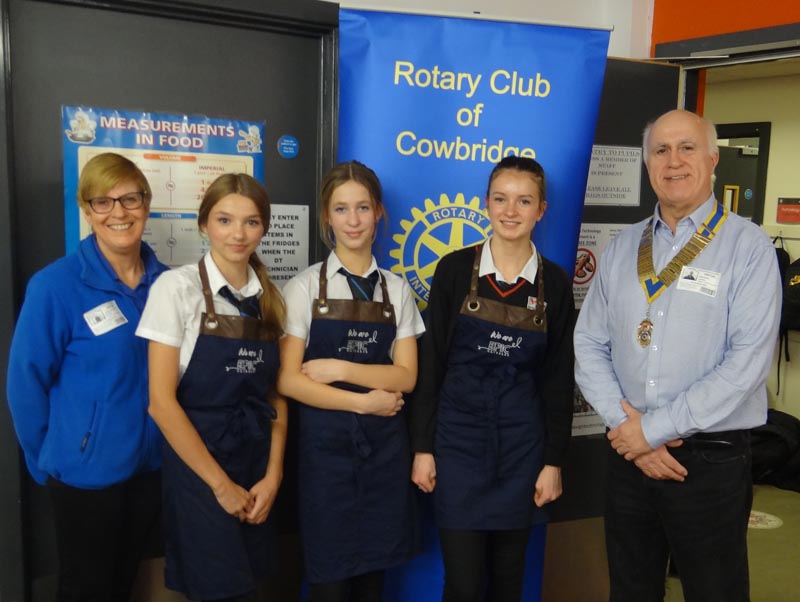 Rotarian Huw Davies, President of Cowbridge Rotary, thanked Arthur John and Co. for providing prizes and presented them to the winners. These three chefs will go forward to compete in the Young Chef Area competition in 10 days time. Further rounds of the competition will culminate in a national final with the chance to win a trip to meet some of the top chefs in Italy sponsored by Filippo Berio. The Young Chef Competition is part of the wide programme of youth activities supported by Cowbridge Rotary Club.

The Y Bont Faen RotaKids visited the residents of Longmeadow Court and Geoffrey Ashe Court on Thursday 15th December. They showed examples of their work and sung several songs before orange squash and cakes rounded off the afternoon.

Comments from the children "When can we go back?" 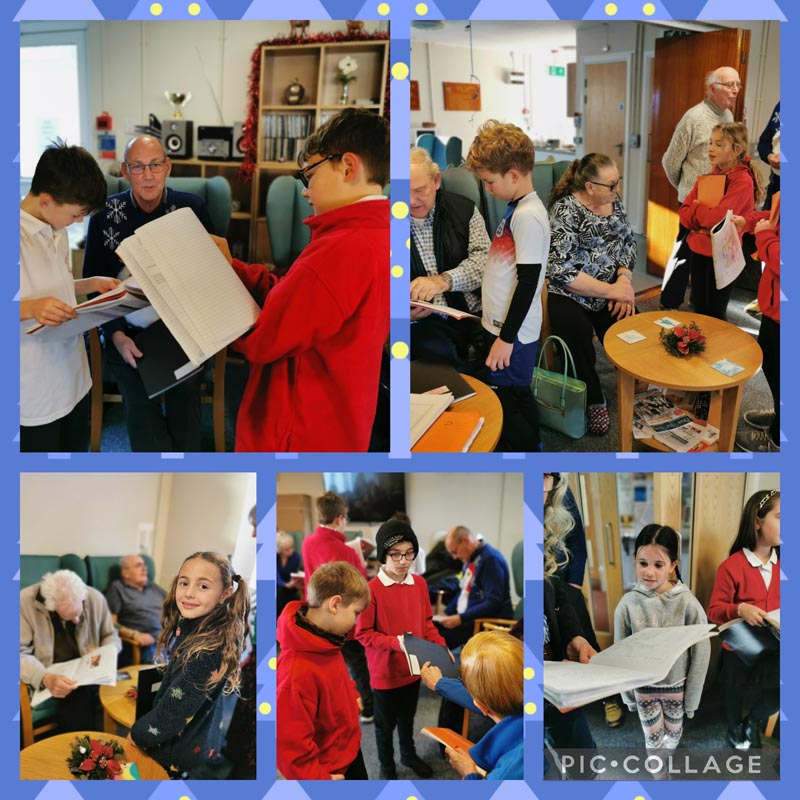 For the first time since 2018, the club held its first "Rotary Young Musician" vocalist heat at Cowbridge Comprehensive School.
What a super night of entertainment was had by those attending and also such a benefit to the participants from the school, most performing as a soloist in front of an audience and adjudicators for the first time. 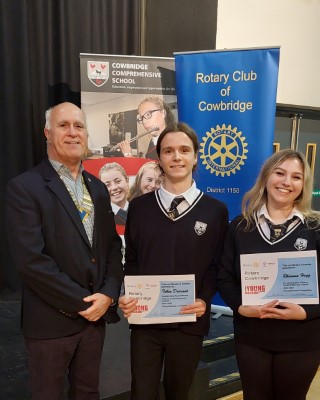 Our thanks to Mrs Hughes, School Head of Music and Mr Green, accompanist to all eight students, who performed pieces from Classic, Opera, Musicals and Popular across the 17 pieces performed.
The night was not an easy one for the Adjudicators, Rhianna Williams, current Musical Director with the Cowbridge Male Voice Choir and Stephan Ulberini, Senior Music Teacher in Swansea, who spent a considerable time discussing the outcome.
During the adjudicators time deliberating, the audience were further entertained by the schools Senior Band, playing a mixture of Jazz music.
Cowbridge President Huw Davies and Youth Services Chair Carol Hallewell thanked all the students and presented them with participation certificates before the adjudicators then gave general feedback to all.
The winner, by the smallest margin imaginable was Year 12 Student Toben Durrant, Runner up Rhianna Hogg and in third place Isabella Davies.
The winner and runner up will now progress to the Rotary District 1150 Area 3 Competition to represent the club.
The next heat of the competition will be on Thursday 10th November starting at 6.00pm, again at Cowbridge Comprehensive School, this time for the Instrumentalists.

PDG of District 1880, Gewig Argow, accompanied by his wife, Rotraud, and Past President, Hans-Joachim Von Hahn, with his wife Christine, from the Rotary Club of Meissen, visited Cowbridge on the 13th - 17th October, 2023. Having spent two days visiting the delights of West Wales, they toured the 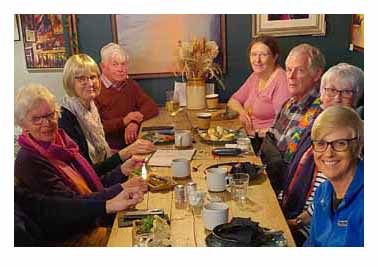 Nantgarw China Works to compare the quality of the porcelain produced there with the famous porcelain made in Meissen. The result - a diplomatic draw! The group then joined members of our club for lunch in Fredwell's. The twinning of our two clubs has been active for many years and we have recently co-operated in joint projects to provide water supplies to schools in rural Uganda.

Award of a Paul Harris Fellowship to Margaret Vernon 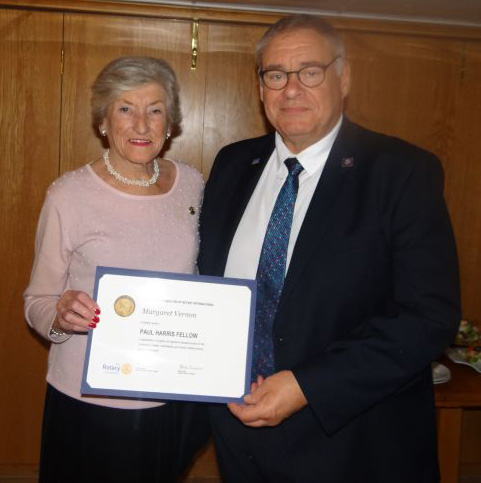 Margaret Vernon, a long time friend and supporter of Cowbridge Rotary Club, was presented with a Paul Harris Fellowship by President Malcolm at a meeting held in Coed-y-Mwstwr Golf Club. Margaret's late husband, Robin, was an active member of the club and Margaret has for many years been participating in the fellowship with our twin club from Meissen in Germany. Our German friends were expected to be with us for the weekend but unfortunately, due to damage to their plane in Berlin, they were not able to attend. They sent their congratulations to Margaret on the receipt of this prestigious and well deserved award. 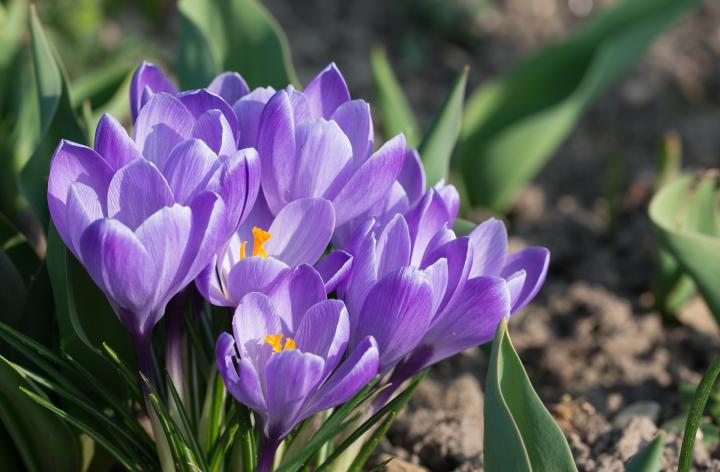 You may see purple crocus flowers starting to show in Twt Park and at the Comprehensive School. These have been planted to raise awareness of the Rotary End Polio Now project which started in 1979. The wild polio virus has nearly been eliminated from the world and we must finish the job.


Cowbridge Rotary is based in the lovely market town of Cowbridge in the Vale of Glamorgan. Members, who are from Cowbridge and the surrounding area, and from all walks of life, support the local community by volunteering their time in a range of different activities to help others.

The club usually meets most Monday evenings at the Bear Hotel with a meal and sometimes with a speaker, to enjoy good company and to plan our activities of service and charitable work.

We donate about £15,000 each year to our charitable causes, money we raise each year through car boot sales, concerts and other fund raising events. We work closely with local schools, organising competitions to help young people develop their skills. We also provide support and entertainment for the elderly.

Rotary is evolving, making it easier than ever to be part of this amazing organisation of ordinary people who simply want to give something back to their community and make a real difference. Click on the link below to our video gallery and you may be surprised.

If you think that you would enjoy being a member of Rotary, please go to 'What we do' in the Menu and click on 'Membership' to find out more.

Tweets by CowbridgeRotary
Tweets by Rotary1150

MEETING in RESTAURANT not ST QUENTIN'S SUITE
The speaker will be Lynn Murray and partner John.
Meeting steward - Gene Murphy

Get the Rotary Cowbridge app!