Charities supported in 2009/2010 were given the cheques from the funds raised by the Rotary of Club of Thame during the 2009/2010 Rotary year. 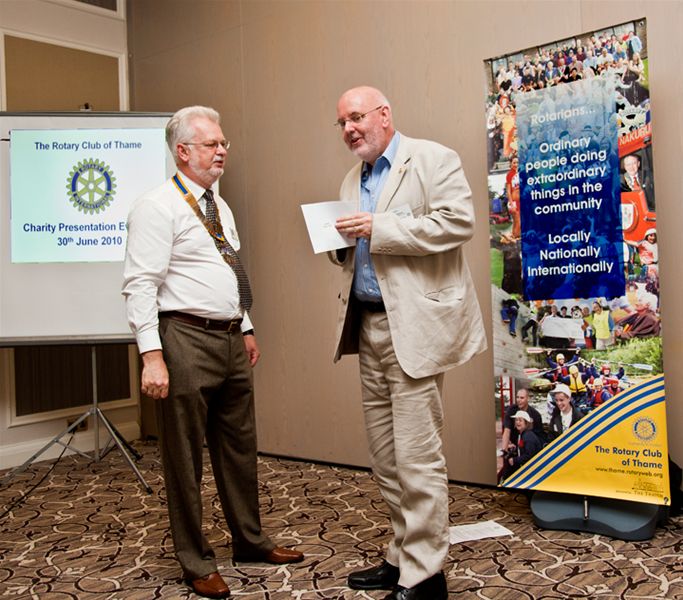 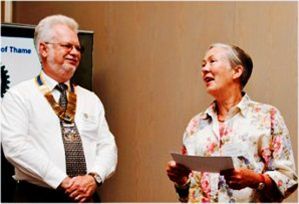 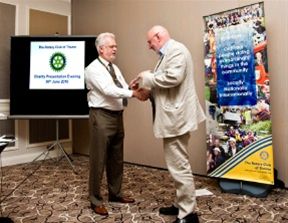 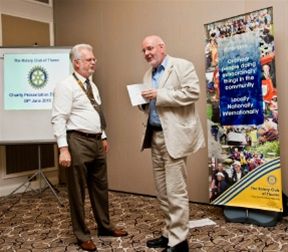 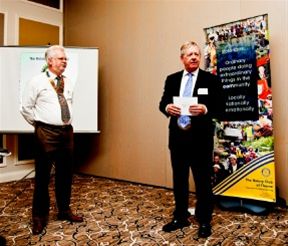 The event took place at the Eden Hall at the Spread Eagle Hotel in Thame.

ThameNews.net published the following article about this event:

"The Rotary Club of Thame celebrated the end of its Presidential Year by the retiring President Peter Todd handing over to Peter Hook end with Maureen Westcott taking the position of President Elect for next year. This was followed by the presentations of cheques to local and international charities which included six local Thame charities. The photograph shows Mary-Anne Osborne receiving a cheque for the Thame Health Centre.