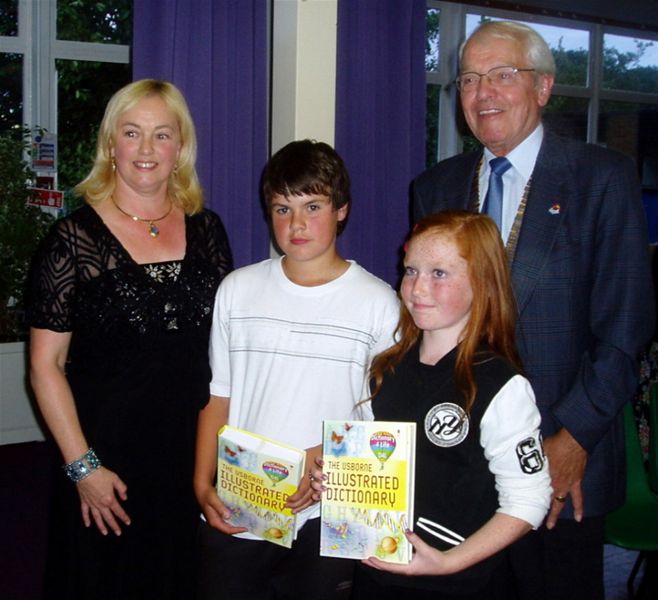 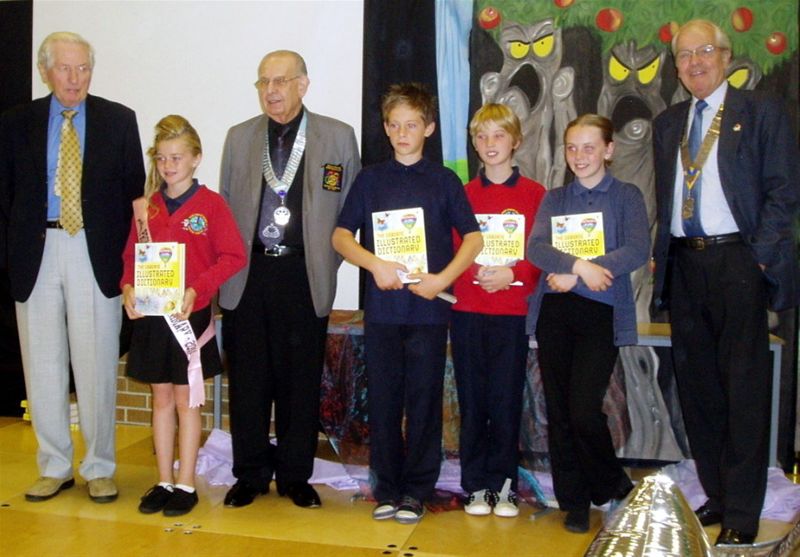 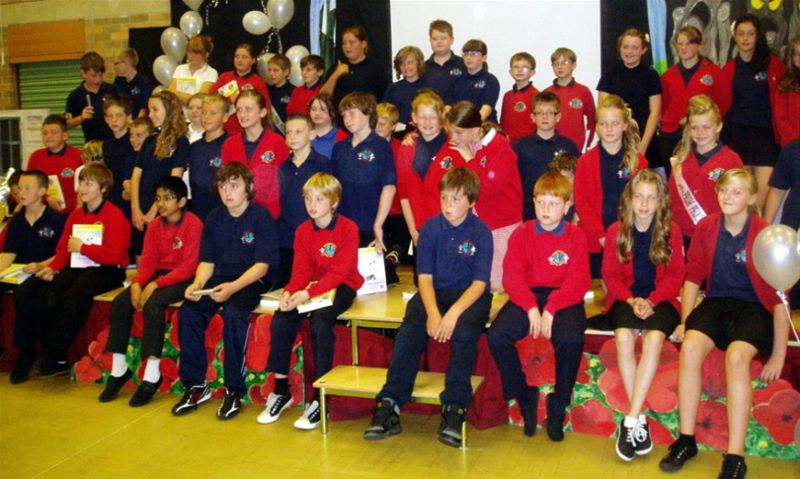 President Brian, accompanied by other Rotarians, visited Dame Dorothy Street Primary School on the afternoon of Thursday 21st July and distributed dictionaries after seeing pupils perform a play that they had written about their time at school.

In the evening, they were invited to Seaburn Dene Primary to watch the Year 6 pupils give a Fashion Show before receiving their dictionaries.

On the morning of Friday 11nd July, Redby Primary School was the scene of further award presentations to the pupils as well as the dictionaries.  District Governor Tony was also pleased to present the Chairman of the Governors of the school with a Rotary Recognition Award for his service in that capacity over 25 years.

more We were again able to have a stand in The Bridges and the community nurses checked the blood pressure of 210 people, of whom 35 were routine and 16 urgent referrals to the doctor.

more The management of the Bridges Shopping Centre had given us an excellent site for our stand to enable nurses to check the blood pressure of shoppers. They tested 177 people, of whom 37 were routine referrals and 7 urgent ones. Our thanks go to the nurses.

more The store again kindly allowed members to have a collection to raise funds for our Benevolent Fund.

more Santa went on his usual round in the Seaburn, Fulwell and Roker areas.

more The garden centre again kindly allowed members to collect in the store for 3 days this year.

more Once again the store kindly agreed that we may collect for our Benevolent Fund for 3 days. The customers were very generous with their giving, for which we are most grateful.

more Santa went round the streets of Seaburn, Roker and Fulwell again, with his sleigh and lots of helpers 5th to 7th December from 6.00pm to 8.00pm. All the children were thrilled to see him and tell him their wishes.

more The store has again kindly agreed that we may collect for our Benevolent Fund.

more Santa went round the streets of Seaburn, Roker and Fulwell from 6.00 pm to 8.00 pm. All the children were pleased to see him and tell him of their wishes. The parents were also very generous with their donations for our charity fund.

back 'We're for Communities' and work within our local community, whose assistance and support we value greatly.