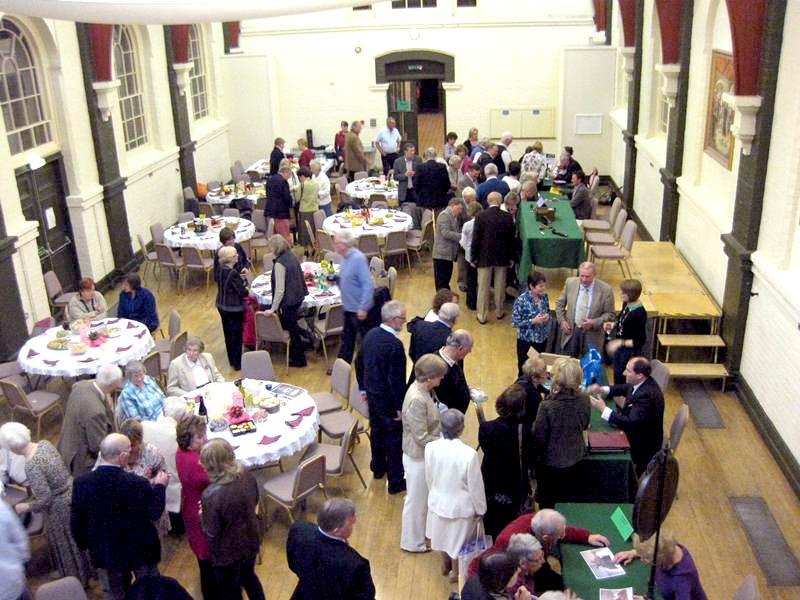 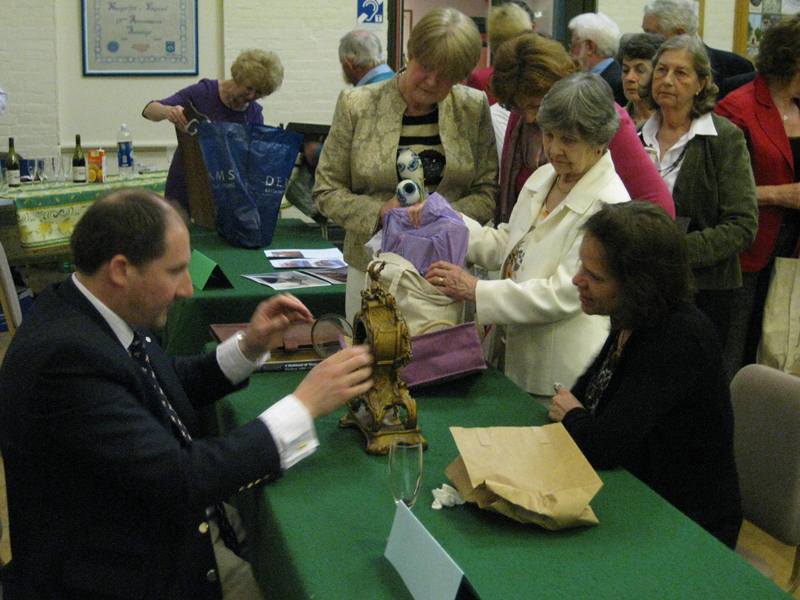 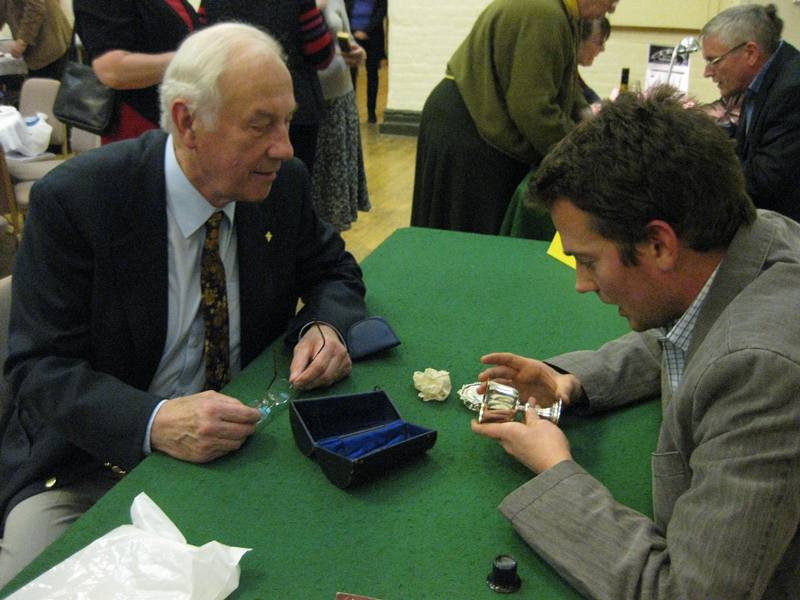 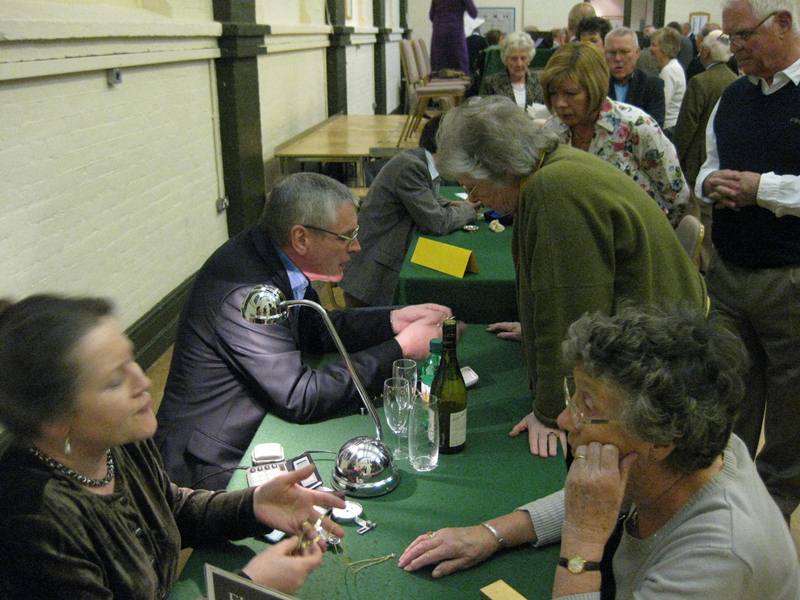 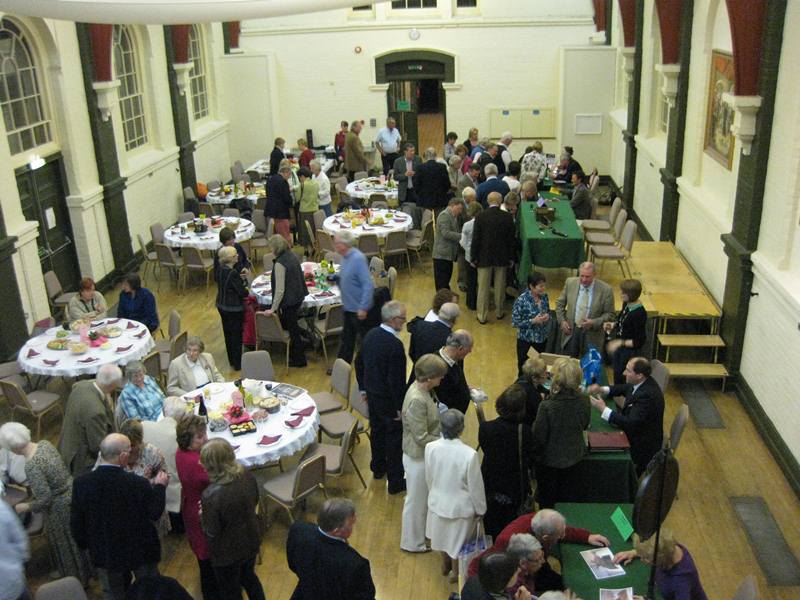 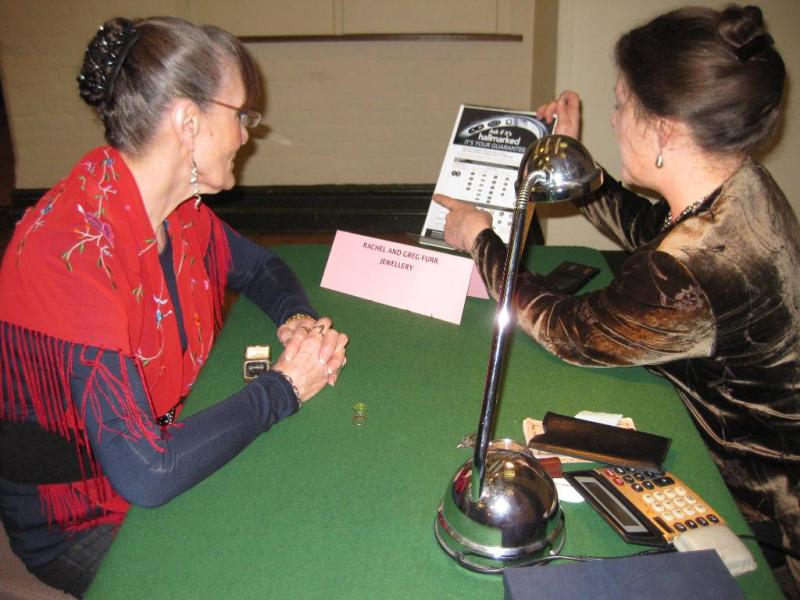 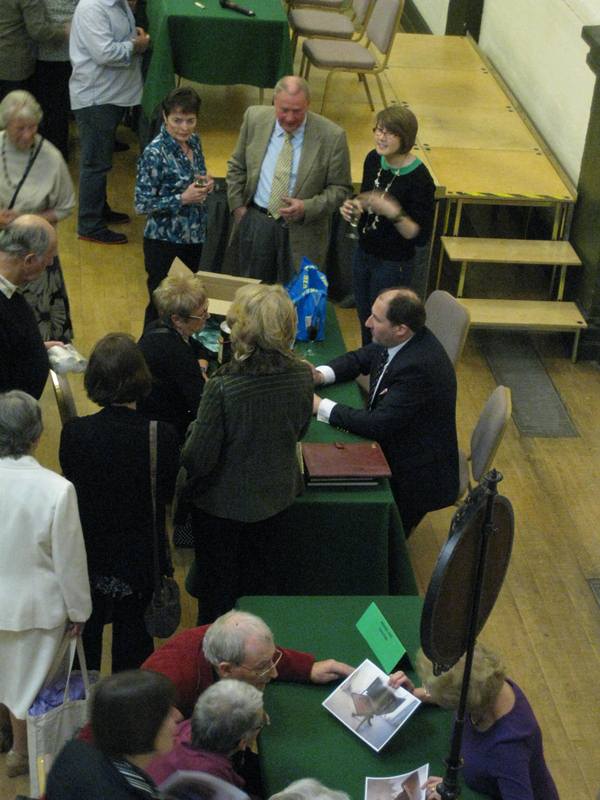 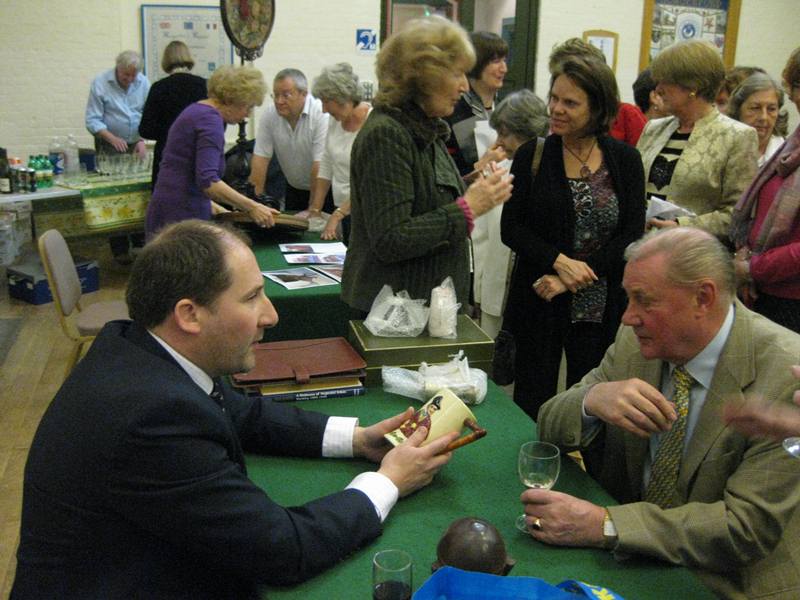 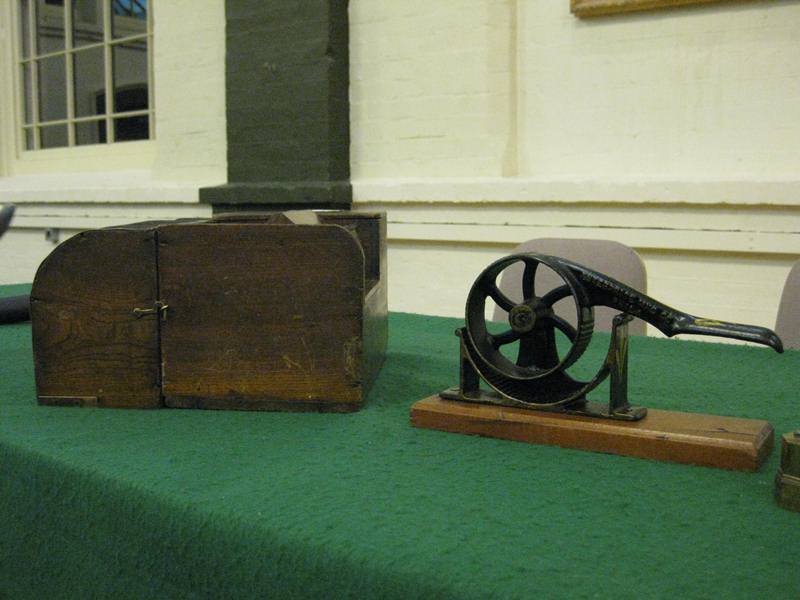 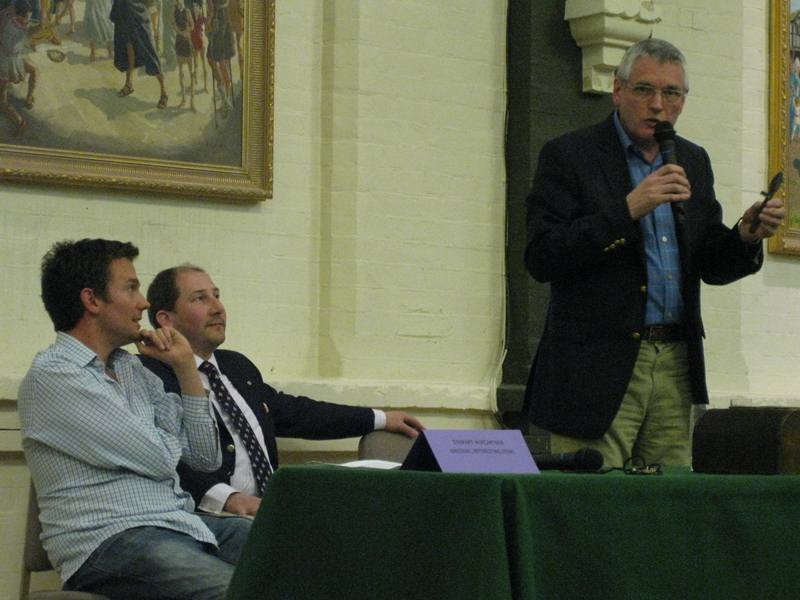 The Antiques Roadshow was a great success! All 110 tickets were sold quickly, and it was great to have "Sold out" notices well before the event!
The Corn Exchange filled quickly as people arrived with their antiques for valuation by the experts, Stewart Hofgartner (of ITV1's "Dickinson's Real Deal"), James Podger, Annabel King, Greg & Rachel Furr, and George Styles. Orderly queues formed at every desk.
Most of the 110 people took advantage of the offer of a valuation of their keepsakes, trinkets, heirlooms and knick-knacks.
Some turned out to be worth a small fortune. Among the items brought along for valuation was a heart-shaped , 3.75 carat baguette diamond ring set in 18 carat white and yellow gold - valued at a staggering £35,000. There were also
- a gilt bronze 19th century mantel clock worth £1,500,
- a pair of miniature copies of famous oil paintings on ivory valued at up to £20,000,
- a Regency rosewood brass inlaid clock circa 1815, valued at £1,200, and
- a gilded relief plaque of Charles Dickens.
After the meal, we were treated to a "Call my Bluff". Stewart had brought in six unusual objects which we had been able to view in the early part of the evening. George, James and Greg then proceeded to tell us what they were (or were not!), and everyone was invited to record their choice.
The winner scored a full six out of six, but as this was Roger King, husband of Annabel, the organiser of the event, he kindly passed the title to the next successful contender, who had scored 5 out of 6. She won the prize of a Jeraboam of Cabernet Sauvignon!
Well done to Annabel King, chair of the Youth Committee who organised the event. Others involved included David Small, Alistair Taylor, Hugh Pihlens, Alan Staddon, Eric Smith and Mike Hancock.
Proceeds from the evening (estimated to be £1310.37) will be for our Rotary charity fund.