The Rotary Club of Baldock Benevolent Fund - is a registered charity that was formed as a result of a bequest made by the late Rotarian Edgar Greenwood.

The Benevolent Fund is a registered charity that was formed as a result of the death of Rotarian Edgar Greenwood in September 1990. The Rotary Club of Baldock subsequently took responsibility for the Charity whilst retaining the original objects. The registered Charity Number is 1059389.

For the poor and needy, or to or for the benefit of such other charitable institutions, societies and objects as the Club shall in a duly constituted meeting from time to time direct.

The charity is focused on people or groups in Baldock and the surrounding villages. It covers the following areas: Weston, Rushden, Hinxworth, Clothall, Sandon, Stotfold,Caldecote, Wallington, Ashwell, Newnam, Bygrave and Radwell.

The Trustees of the Charity are Rotarians that have been elected by the Club to run the Fund. An external financial advisor ensure that the funds are invested as wisely as possible.

How the Benevolent Fund Works

The legacy was is invested in a range of different funds which generate additional value. Whilst the original legacy value must not decrease any income generated above the original can be spent if the requirement is in line with the Objects shown above.

When the Rotary Club deem that a specific request for funds might be met by the Benevolent Fund the Club will write to the Trustees to request their support. Providing funds are available and the request is in line with the Objects; the Trustees will allow the funds to be transferred to the Rotary Club who will then respond to the community request.

In a typical year the Benevolent Fund will be able to support the Club with donations of £4 - £5,000 which is of significant benefit to the Club allowing more requests to be fulfilled.

President Michael Muir presenting a Paul Harris Fellowship award to Past President Paul for his work in the local community over many years.

Past President Pru Dixon presenting the chain of Office to President Paul Redwood for the year 20/2021. All the event was done with social distancing, except for the photo moment shown.

Foundation is Rotary International's own Charity Fund; the money is utilised to address major humanitarian problems around the world.

Take a look at membership

We welcome new members interested in having fun while 'giving something back' to the community. Fresh ideas and enthusiasm are the life blood of any organisation

International providing much needed help around the world 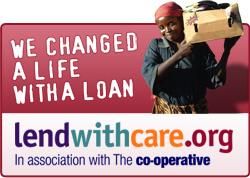 International Service encompasses actions taken to expand Rotary's humanitarian reach around the globe and to promote world understanding and peace.

Working with the Local Community

Community Service covers the projects and activities the club undertakes to improve life in its community area.

Groups that support the work of the Club

Set up to provide a home page for all the additional Committees that the Club has that support the way the Club works.

The Rotary Club of Baldock Benevolent Fund - is a registered charity that was formed as a result of a bequest made by the late Rotarian Edgar Greenwood.

Welcome - Come and join us

An opportunity to get a litle insight into why Rotary is such a great organisation to be part of.

Toftlund in Denmark have been twinned with the Baldock Club for many years, the pictures are a reminder of the Jubilee celebration

Our Christmas collection is resuming again this Christmas. We look forward to seeing you all again. If you would like to help please contact Mike Williams 0794048064

How Rotary has helped to eradicate Polio in the world. Baldock Rotary Club are proud to be part of this programme

An insight into how and when Baldock Rotary started in October 1953. Letchworth Club sponsored the new Baldock Club and the rest as they say is history...... Our Club has strengthened over the years, we trust it continues to exceed the vision set in 1953