A Christmas Celebration with Carols, Verse, Festive Food and drinks. And .... Santa Claus 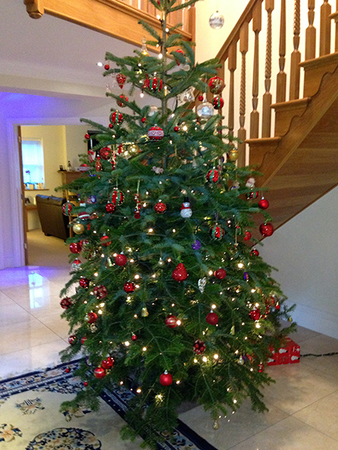 Once again, Past President Malcolm Acors and his wife Sue hosted a Christmas Celebration at their house in Stock in aid of Mary's Meals. 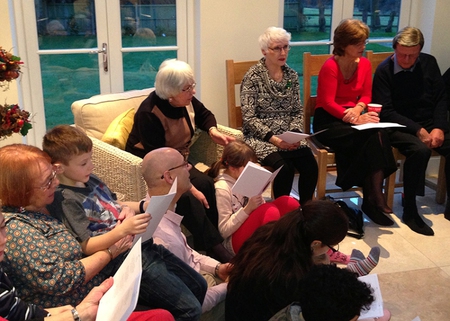 There was a program of Carols which ranged from "The First Noel" through to "Silent Night", and readings  ranging from Russian Folk Tales to "Twas the Night before Christmas", and ending with that A. A. Milne favourite "King John's Christmas" with the quest for the big red india-rubber ball!

The highlight of the event 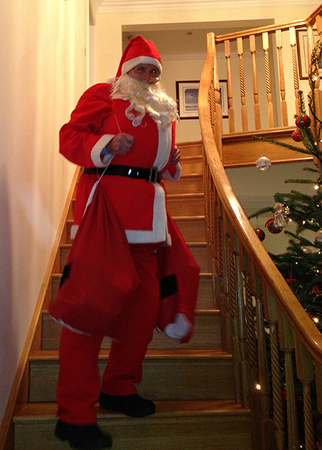 was the visit by Father Christmas, who was evidently still practising for Christmas Eve.  He had concluded that discretion was the better part of valour, and decided to avoid the chimney and entered via the much more conventional stairs, much to the delight of the children.

Father Christmas brought with him two 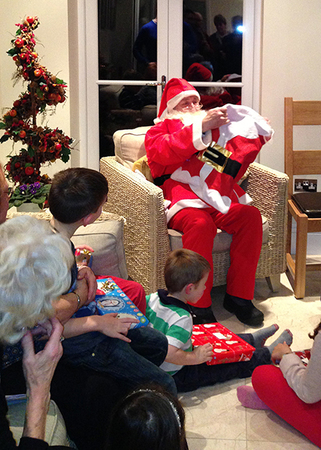 sacks of presents, which he took with him into the Orangerie.  With all the children, and parents and grandparents, sitting around him, he went through the sacks calling up each of the children, to accept a present, which they were so happy to accept.

As usual plentiful food and drink (including seasonal Gluhwein) was provided by Malcolm and Sue (with the assistance of Christabel Strong).  A laden table was reduced to a few leavings at the end of the celebration!

Donations received for the event were over