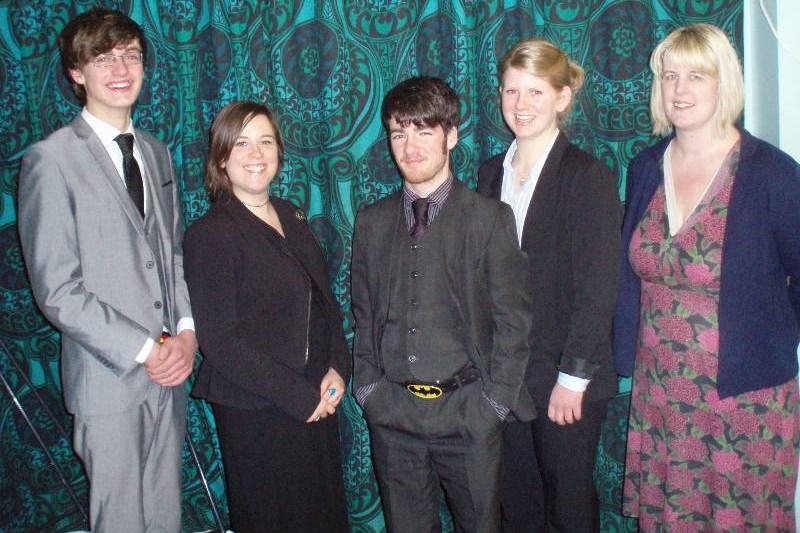 The team from the Grammar School and Sixth Form Centre representing Guernsey in the Rotary Youth Speaks District Final on Saturday 2nd March 2013 put in an exceptional performance to finish as runners up in a very close contest.

The team of Helena de Carteret, Douglas Craig and Jordan Linton were up against nine teams representing schools from throughout the Wessex area. The Grammar School team, which last month won the trophy as the best team in the Guernsey competition, lost out by the narrowest of margins to the winning finalists, Bishop Wordsworth's School from Salisbury. The Salisbury team go through to the Regional Final.

In Guernsey the team did exceptionally well but the team from Salisbury just edged then out on the day. Steve Oliphant represented the Club at Stockbridge and he had the opportunity to talk to the judges after the competition. The judges confirmed that the margin between winners and the Grammar School team was just a matter of a couple of points. The Grammar School team are a credit to themselves and their teachers Aimee Coelho and Victoria Crisp and great ambassadors for Guernsey.

Because of the Flybe flight schedule the team and their teachers, Aimee Coelho and Victoria Crisp, had to stay overnight in Southampton and all these costs will again be covered by our generous sponsors Mourant Ozannes.