Jerry Ramsden tells us, some had difficulty finding the BBQ site - Derek Short was there early but thought he was in the wrong place and went away - and Charles Strasser turned into every lane up and down the Five Mile Road before finally arriving just in time for the food!
Roger Bougeard arrived in a rather aged convertible MG confirming that he is still in the throes of his mid life crisis.
Jerry and Tony Allchurch arrived early and commandeered a car park near the BBQ to use as a petanque terrain. While Kevin Golder slowly got the BBQ lit the numbers playing grew and the highlight of the petanque came as six men took on six women in a battle of the sexes.
Kevin came to tell us the fire was lit and the food was ready in the nick of time with the men leading 6 to 5 and able to claim victory under the well known Mornington Crescent rule.
Derek and Allan Smith cooked burgers and bangers and everyone enjoyed the food, the wine and the company in a glorious evening as the sun slowly set in the west.
President Toni welcomed visiting Rotarian Michel Gut and his wife Ursula who were on holiday in Jersey from their home in Lausanne, Switzerland.
More photos by our ace reporter Jerry Ramsden available here. 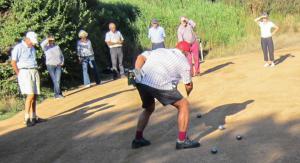 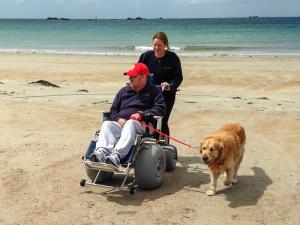 more Helping the disabled to enjoy the pleasure of our island beaches. 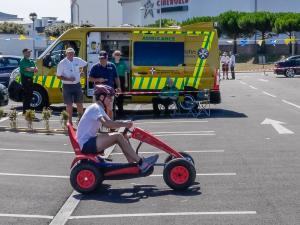 more Our team of 5 helps the Lions Club to raise funds for local causes. 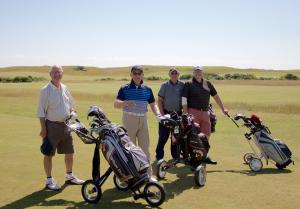 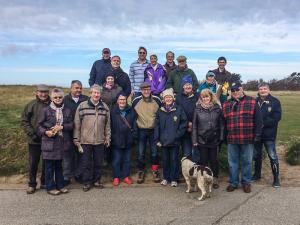 more Five bags of rubbish removed followed by refreshments for the team at Jersey Pearl. 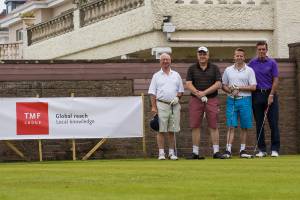 more With the help of the TMF Group, Rotary raising funds for the Donna Annand Melanoma Charity and the Jersey Asthma Respiratory Society. 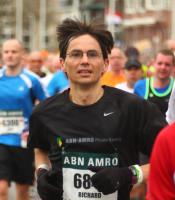 more Reports indicating the wide range of Organisations we have helped. 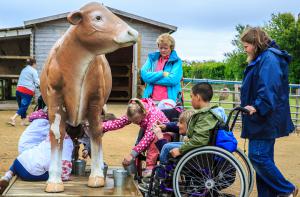 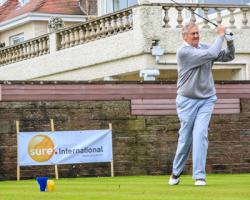 more Action from the day.

more Funds available for distribution from the Keyworth Trust go to Youth Enquiry Service "YES" and The Freedom Centre.

KidsOut Day over the years.

more Supported by over 750 Rotary Clubs throughout Great Britain and Ireland. 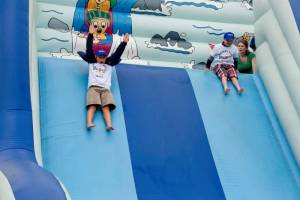 more Our beach to keep clean and to adjourn to Colleens after all the hard work. 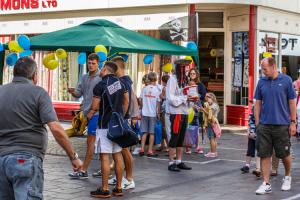 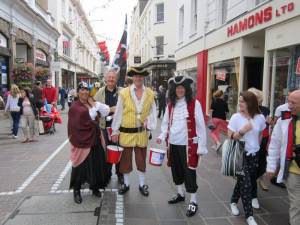 more A flag day was held in St Helier on July 14th 2012 to raise funds and awareness of Rotary. Rotarians dressed up as pirates.

Support of Our LOCAL Community

back We work hard to deliver help where it is needed in our island.