2013: Working in Uganda and Tanzania

We re-visit our Special Needs Schools in Uganda and Tanzania to review our pilot poultry project and the school gardens, and build on our links with local Rotarians 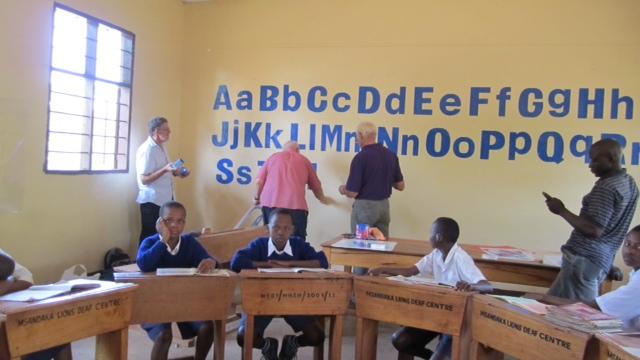 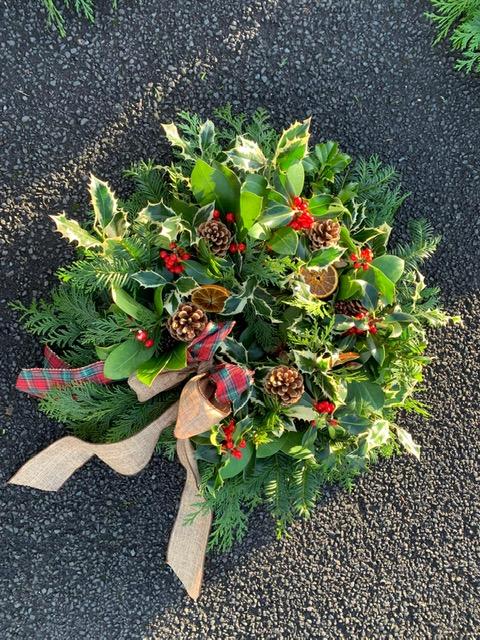 We went to visit schools and Rotary sites in Uganda and Tanzania we have been working for several years to improve buildings, facilities, water harvesting and other needs.

Some of the schools in Uganda are benefiting from "Lunch4Learning" initiatives.

Judy Elphick has sent back a series of photographs shown in the gallery above. The full commentary from Judy relating to the individual pictures is as follows:

1. A Lunch4Learning School.   Children in the lunch queue

2. We put this map of the world onto a wall at St. Paul's Primary School

3. One of the schools where Lunch4Learning is being introduced

4. One school has opted for making and then selling bricks in order to get cash. They are growing maize which is just about enough to feed all their children but they need money to pay for milling and to pay the cook. This school doesn't have any water at the moment so they have to pay for that to be transported, too. Another Charity is about to put in water harvesting and a storage tank, so this will help.

5. This is what we did at the school we visited yesterday. It was extremely hot work as this is an outside wall and it was in the sun!

6. Does it look hot? It certainly was and the "painting team" got the full force of it.

7. Just to prove we were there!

9. How do you like this for a kitchen? In the bottom right hand corner is a termite nest! Not all school kitchens are as bad as this but they are not much better. Anyone know of an NGO who would put in kitchens?

10. Our first visit today was to a Vocational Training School for the Deaf a little way out of Moshi. Here the girls were being shown how to use treddle sewing machines. They would then make white blouses and blue regulation skirts to sell to secondary school students. The income generated is spent on equipment for the college.

11. We have placed an order with the College for 70 of these desks which are made by the boys who are learning to be carpenters. They will be delivered to primary schools in the area which Haddenham Rotary Club is supporting.

12. These water storage tanks were put in and funded by Haddenham Rotary Club about three years ago. The guttering and the sewer pipes from the toilets need repairing. It will not cost a lot to employ a plumber but it is money the College does not have so our first job tomorrow will be to go and employ a plumber in Moshi to do the job.

13. A photo of Mt. Kilimanjaro to finish today's blog. There is a lot less snow than there was when we were here five year's ago. Global warming?

14. We've spent much of today in Paradise! We visited a school on the slopes of Mt. Kilimanjaro. Everything is much greener up there as it is watered by the snow-melt from the mountain. The whole school was waiting for us when we arrived and as soon as they saw us they started to sing and clap their hands. We're not sure what they were singing but it was something that contained the words "we're so happy to see you come". It was wonderful!

15. How about this for a playground - a sandy area surrounded by banana plants!

16. Gorgeous jacaranda trees surround the school. It is worth the fare here just to see the flowering trees!

17. We couldn't do anything in schools at the weekend so we went on safari to Tarangire National Park and the Ngorongoro Crater. Both were wonderful and we saw such a lot.

18. I've never been lucky enough to be so close to lions before. These were only about 10 feet away.

19. This park is called Tarangire and this is one of hundreds of baobab trees there. They can be up to 1,000 years old and are amazing to see.

20. I've got lots more photos of wild animals but I'm sure you're bored by now so I'll move on!

21. We are planning to help five schools in the Moshi area to become more independent by starting up an Income Generating Project. As chickens seem to be the most likely project we have visited several that are up and running in order to find out the cost involved and the likely income.

22. It was back to Msandaka School for the Deaf today. Almost all of these children are totally deaf but they are so happy and eager to learn. They are brilliant at signing to each other but it feels very strange to be in a school that is so quiet.

23. We returned to the Vocational College for the Deaf to see how the boys were getting on with our order for 75 desks and chairs.

24. They are in production and doing well!

25. A street scene in Moshi

Our trip is now at an end and we are leaving for home.