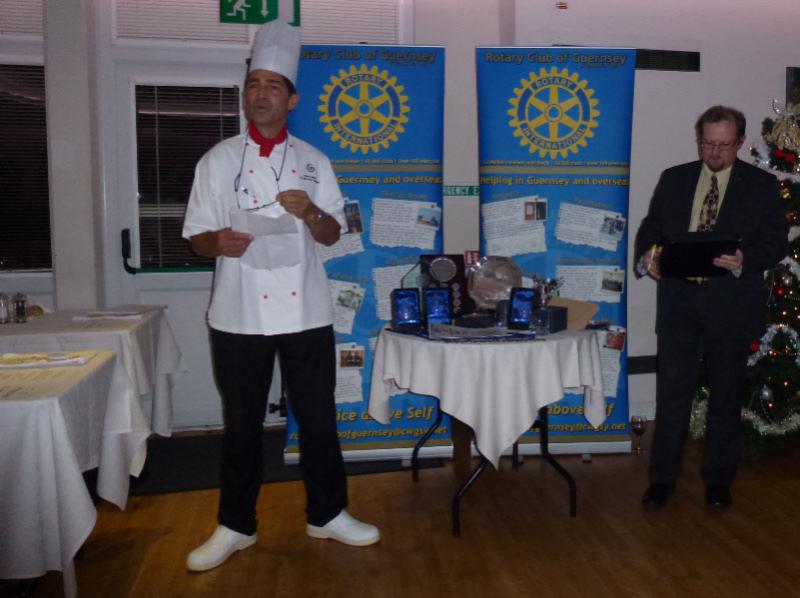 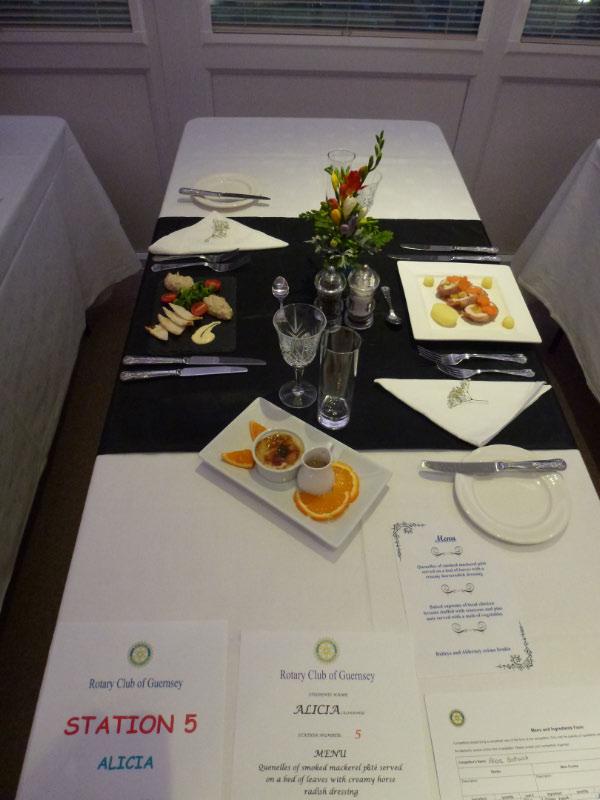 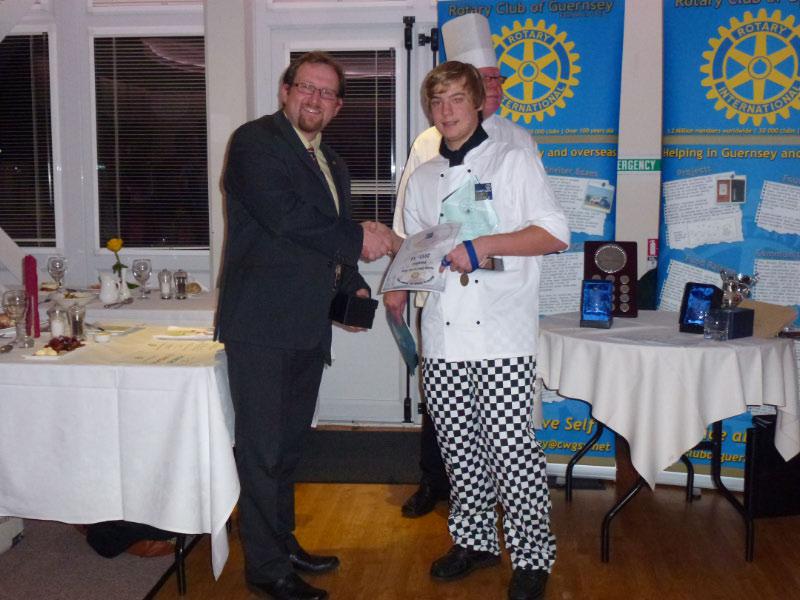 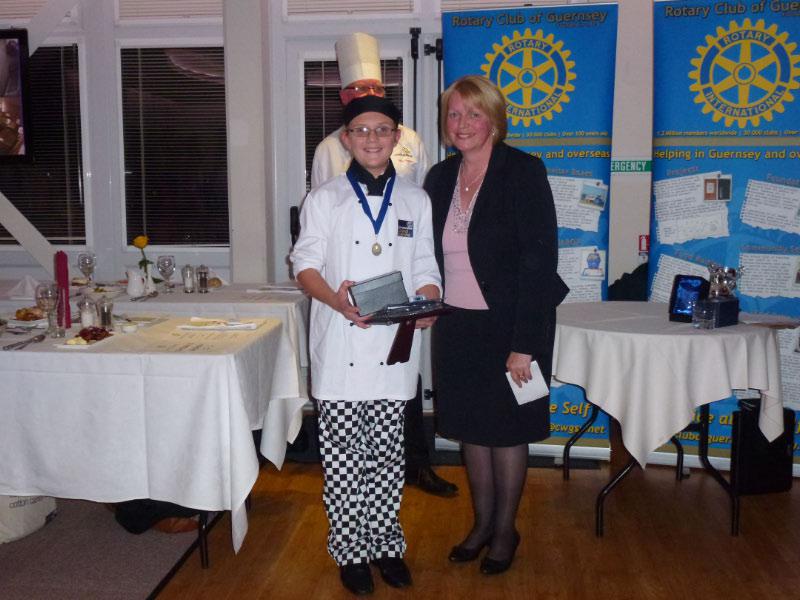 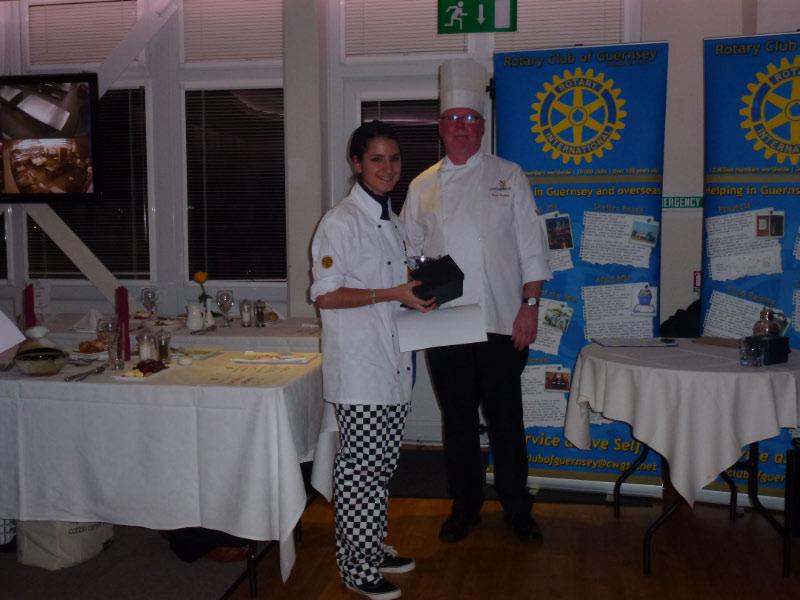 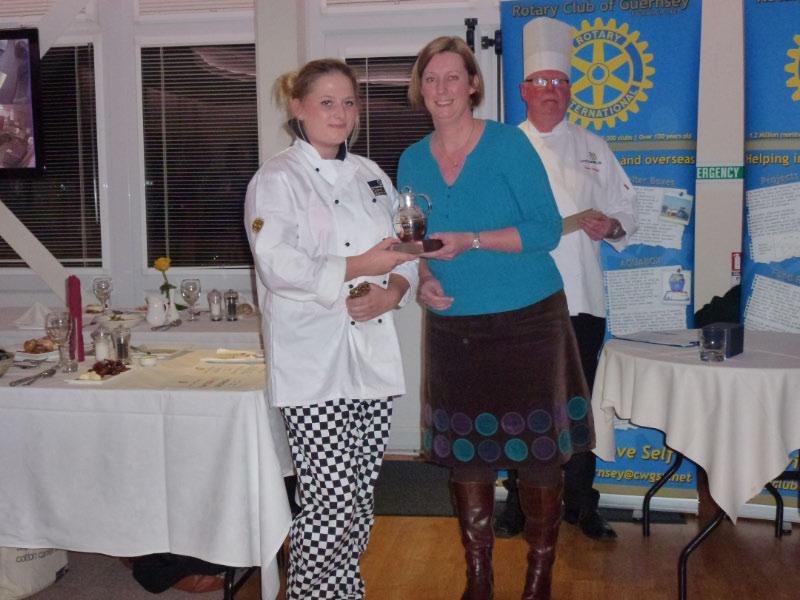 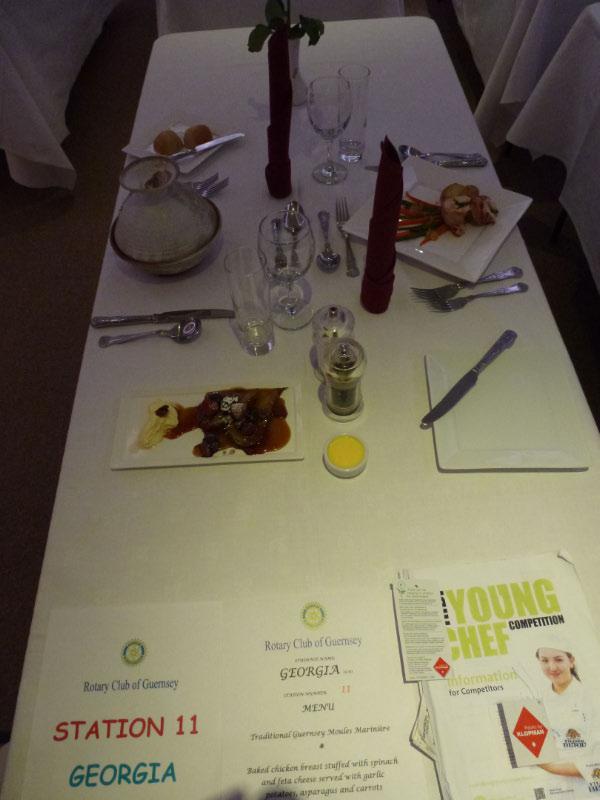 Friday 29th November saw the Guernsey final of the 2013/14 Rotary Young Chef, held at the College of Further Education kitchens, for the 7th Year. The competition was once again a great success with the standard of these young chefs amazing everyone in attendance.

Head judge Steve Scuffell summed up the day when he  announced the winners by saying that the standard of this competition goes up every year and the three criteria for the competition - does it look good, does it taste good and could I sell it in a restaurant, were achieved by all 11 finalists.

The winner and runner up, who will represent the island in the District final were: Georgia Watson - St Sampson's High School and Alicia Borthwick - St Anne's School Alderney.

Other prize winners were:

Andy Salisbury, Chairman of Youth Opportunities and organiser of the event said "All the students taking part excelled themselves today". He went on to thank the COFE staff particularly Steve Bacon and Julie Hyde.

He also thanked our sponsors without whose support we simply could not hold the competition. Main sponsor the Co-op, clothes sponsor Industrial and Leisure Clothing, and the sponsor for the Alderney students, Aurigny Airlines.