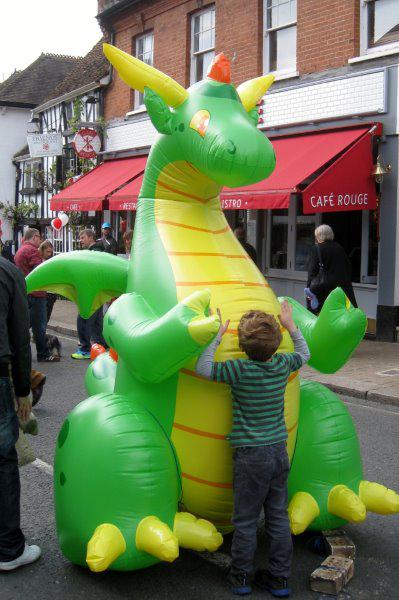 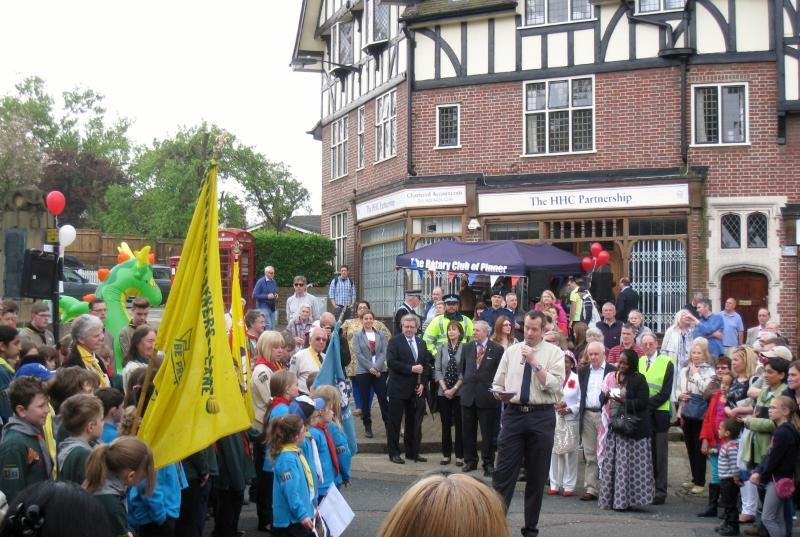 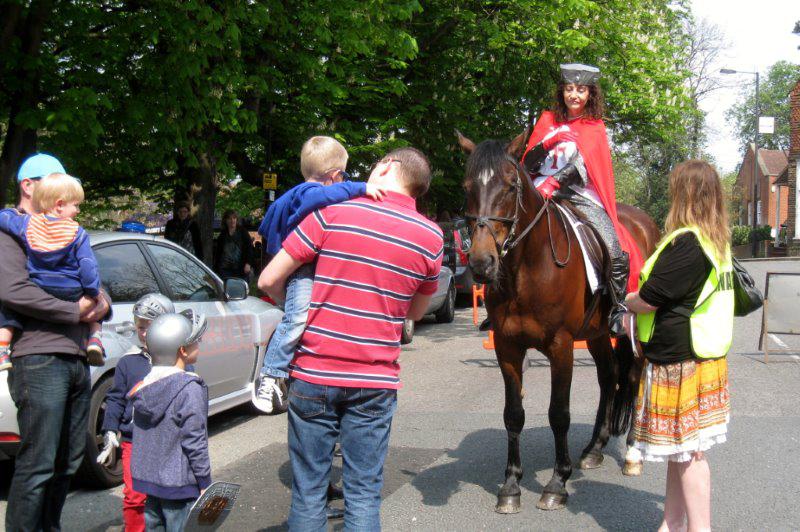 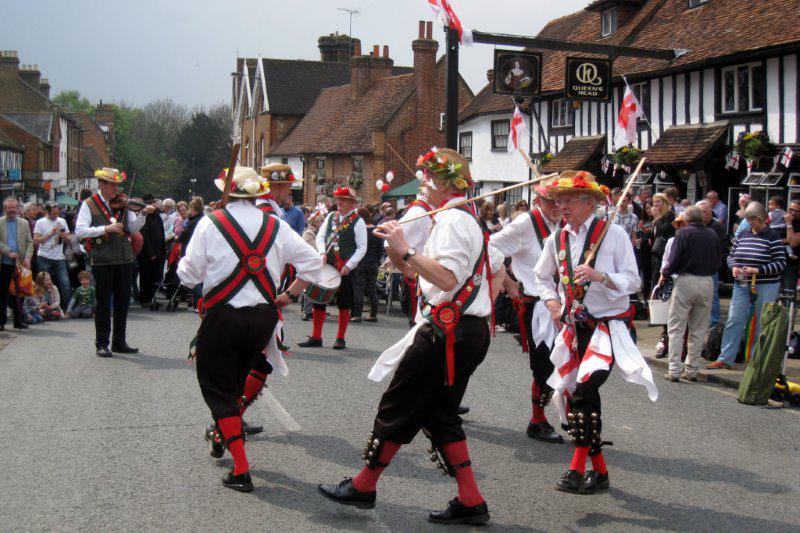 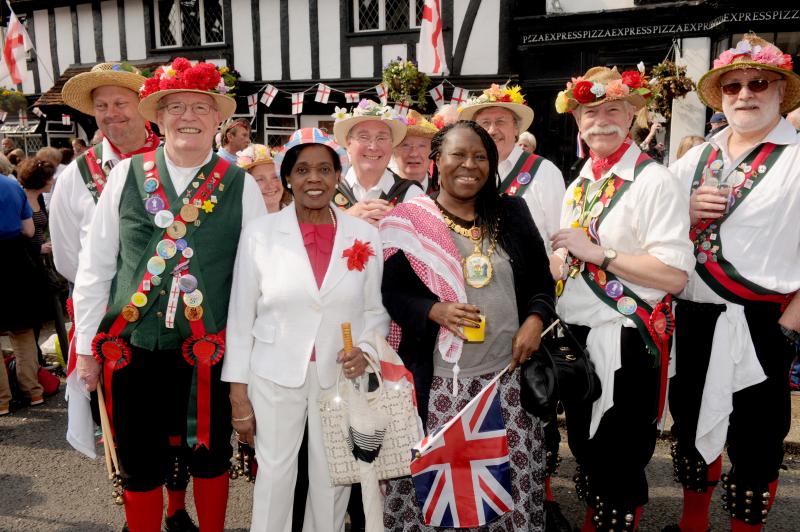 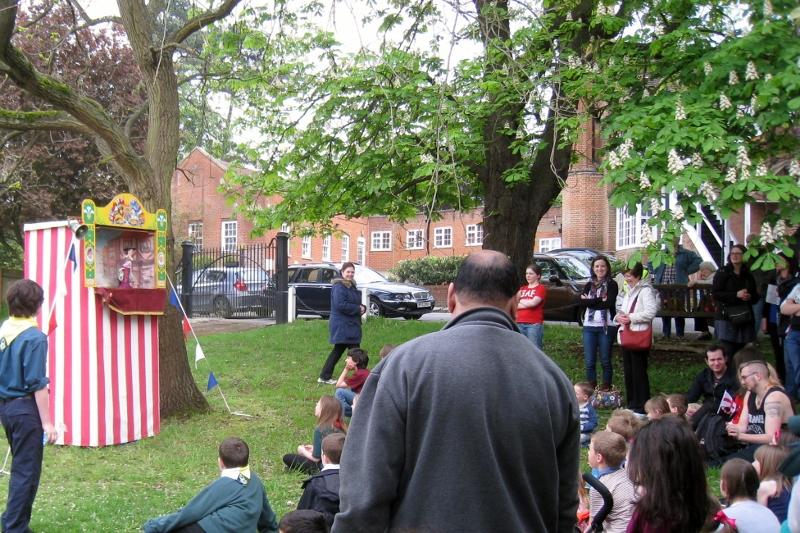 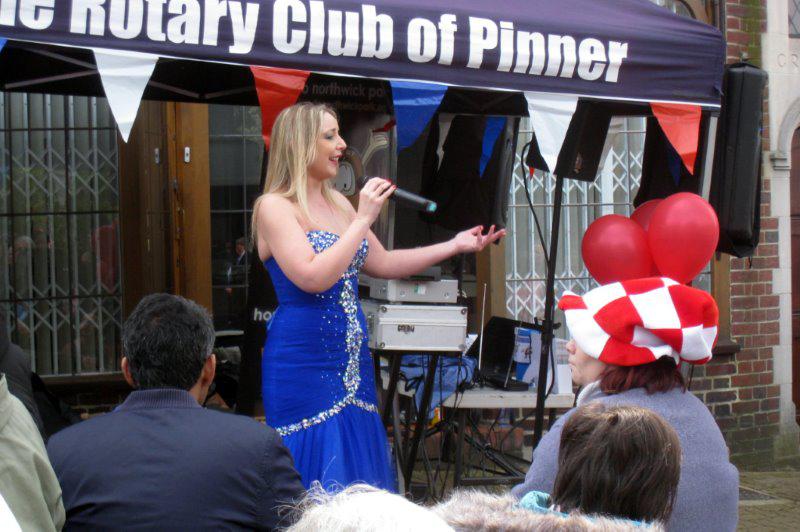 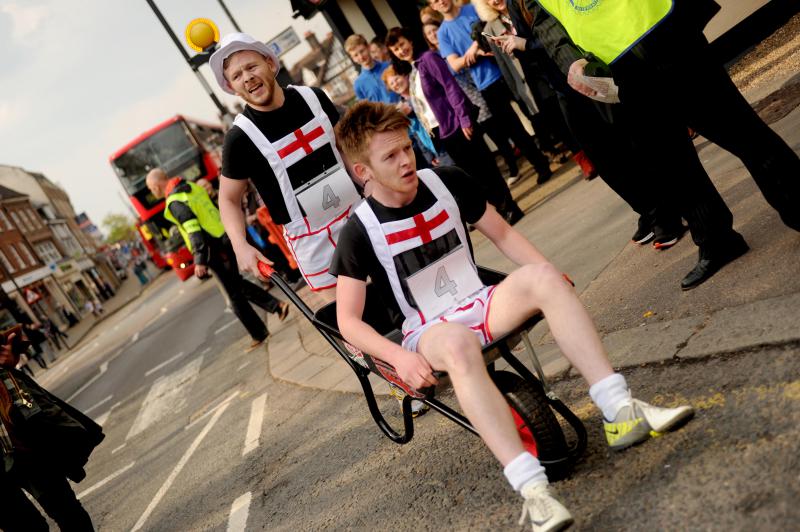 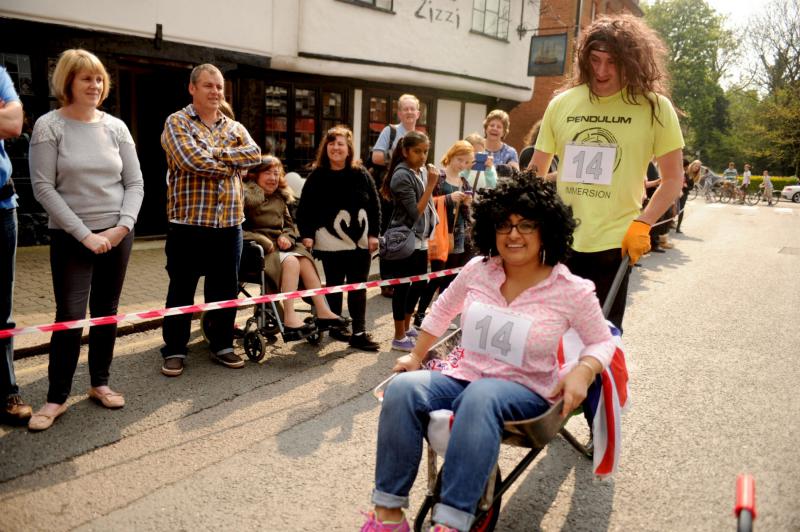 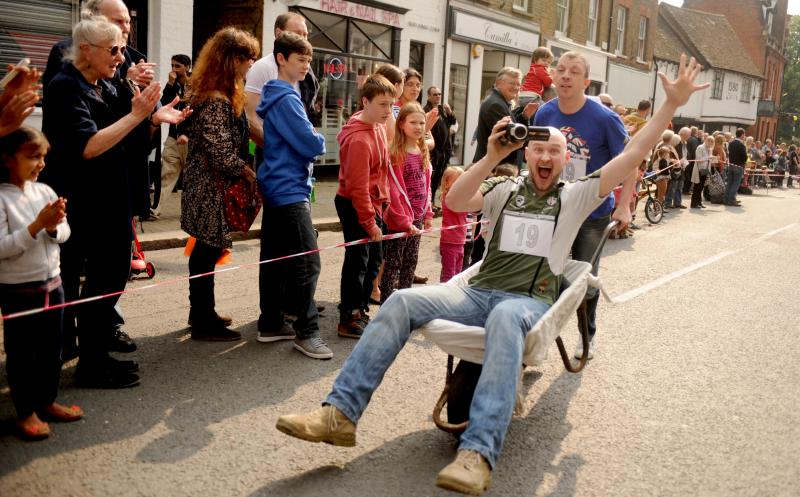 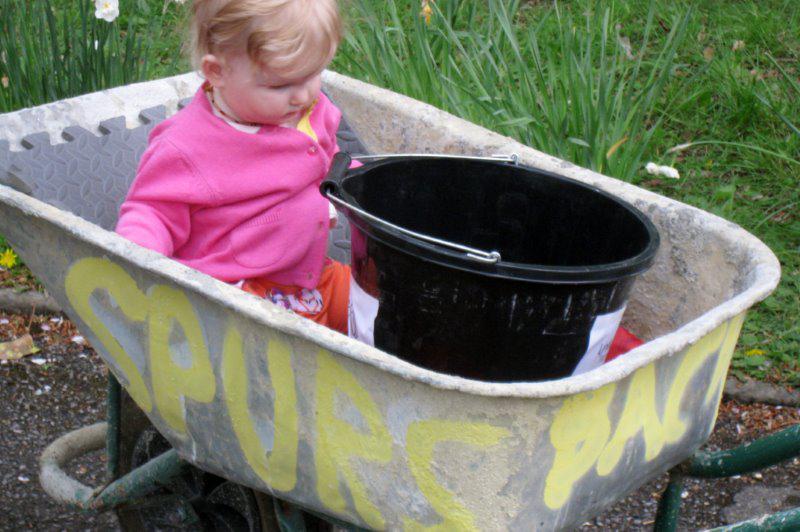 The event started at 1 pm with St George, riding up the High Street leading a procession of the Mayor of Harrow, followed by the Scouts, the Police Cadets and other assorted dignitaries.The formal ceremony of the occasion took place beside the War Memorial: the Scouts and Cadets renewed their promises in front of the Mayor of Harrow; who then went on to make an engaging and appreciated speech.Even the sun dispatched the previous days' rainclouds and beamed down.

After the bell ringing there was Punch and Judy for the kids. And for those of us who have been brainwashed into thinking that all the kids care about nowadays is computers and video games; it came as a revelation the huge support that the kids gave to this traditional and wholesome tale of wife beating and disregard for the law.For the adults there was a St George beer festival being held in the Queens Head and outside the (now internationally) renowned Merrydowners Morris danced away.This was followed by well-known soprano, Gemma Turner, while the coconut shy did a brisk trade and the farmers market in the Queens Head car park did what farmers' markets always do.

Then at 3:30 came what many regard as the highlight of the day: "Ye Olde Wheelbarrow Race".("Ye Olde" referring to the fact that it was first run over 50 years ago in 1963). Starting beyond the police station in one of Pinner's many parks, (Little Common), the race featured 20 Wheelbarrows all intent on being the first to traverse the traditional route featuring six beer stops before reaching the end at Church Farm Green at the top of the High Street.

For the first time we had a proper commentary on the race provided by and Harrow Community Radio,Then another outing for the Morris dancers and for the Punch & Judy. Until at 4:30, prizes were awarded to the best fancy dress dragons and a bottle of champagne was awarded to the winning wheelbarrow racers who sprayed some of the nearby crowd in the best Formula One tradition. (Well, despite trying, the clouds hadn't managed to get anyone actually wet).

Then the dragon was deflated and it was all over for another year. Judging by the comments made by members of the public it had all been a great success. We look forward to doing it again next year on Sunday, 19 April 2015. And next year will be even better. 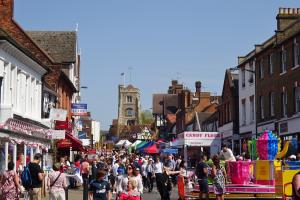 more A record turnout of crowds filled the High Street in the glorious sunshine for our annual festival celebrating St George. 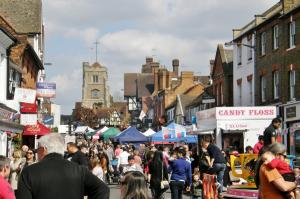 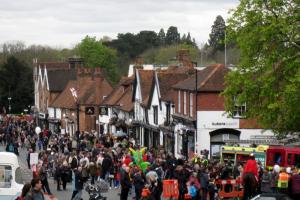 more Fun for all in spite of the cold weather 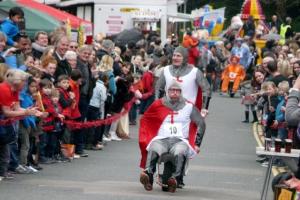 more Fun and entertainment for all! 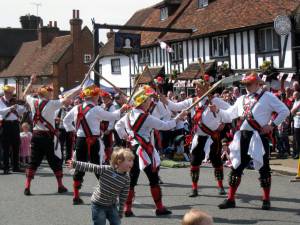 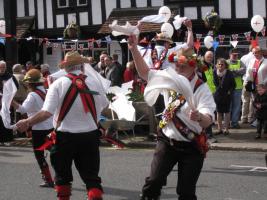 back 2021: sadly we have to cancel our St George's Celebrations again this year whilst we are still under Covid19 regulations.