An Exciting Year fulfilling the aims defined in President Keith's "manifesto" of July 2013. 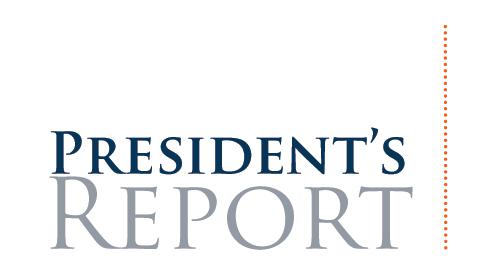 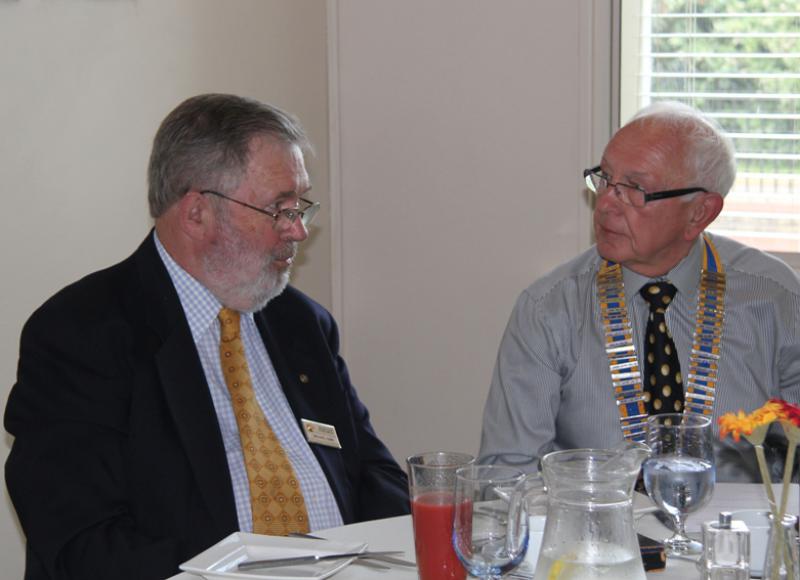 Keith and Mike discuss their achievements and plans for 2014-15 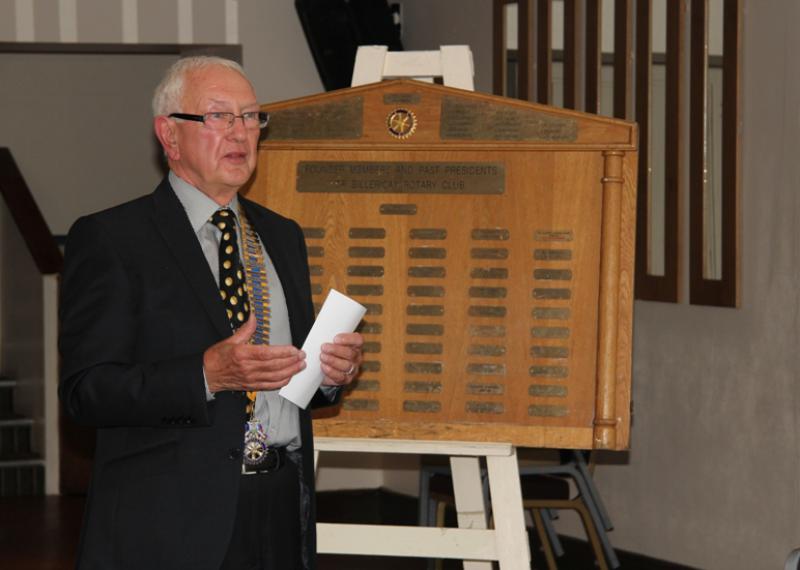 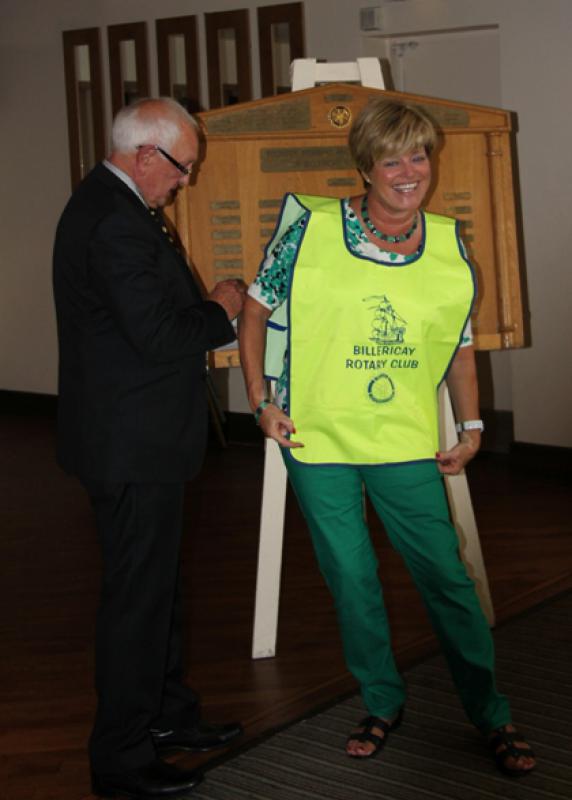 Gill tries out her new coat in thanks for her service 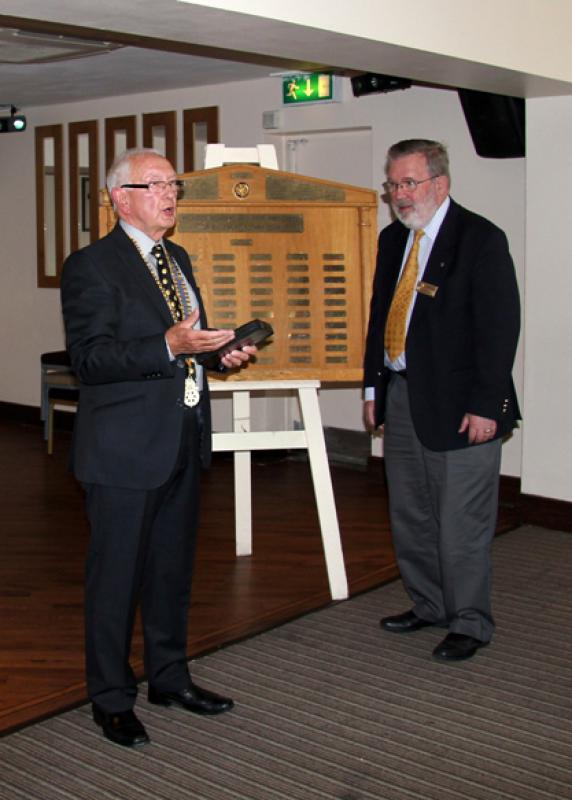 Handover of the Chain

Preparing to handover the Chain of Office 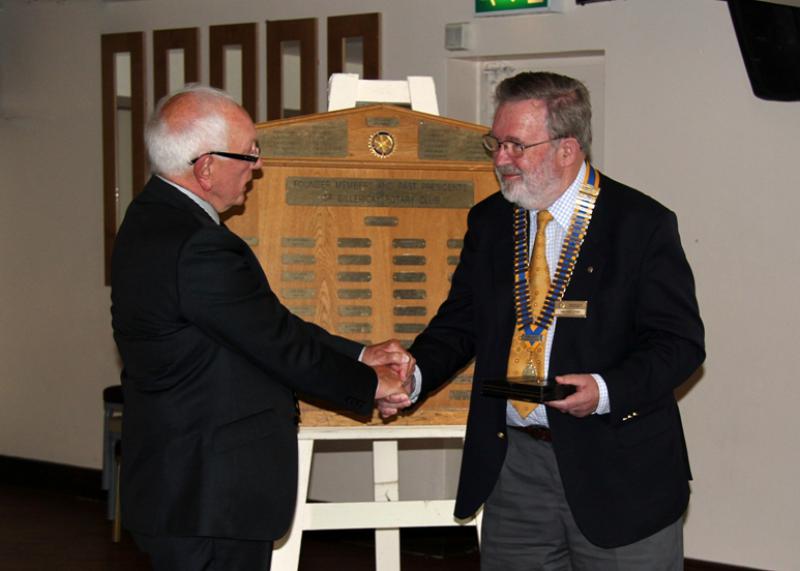 Congratulations to the New PresidentMikedshake

Mike Ginn takes up the mantle of responsibility 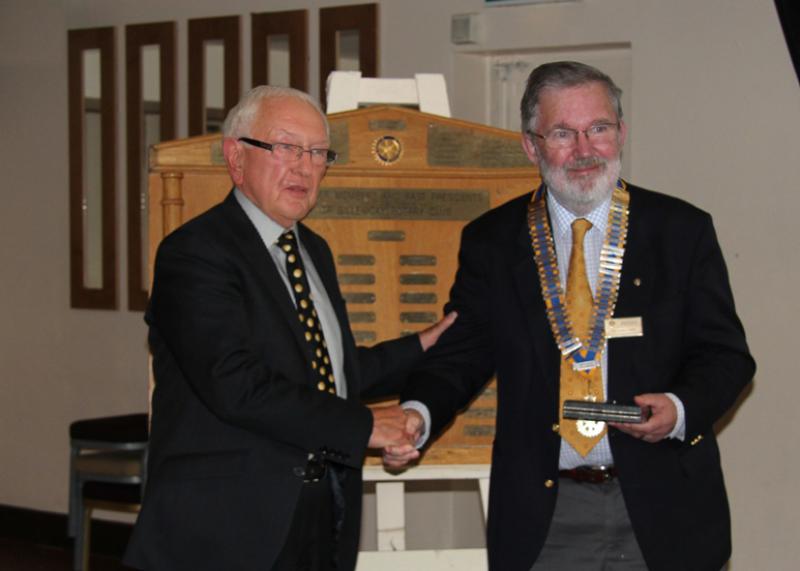 The passing of the Office 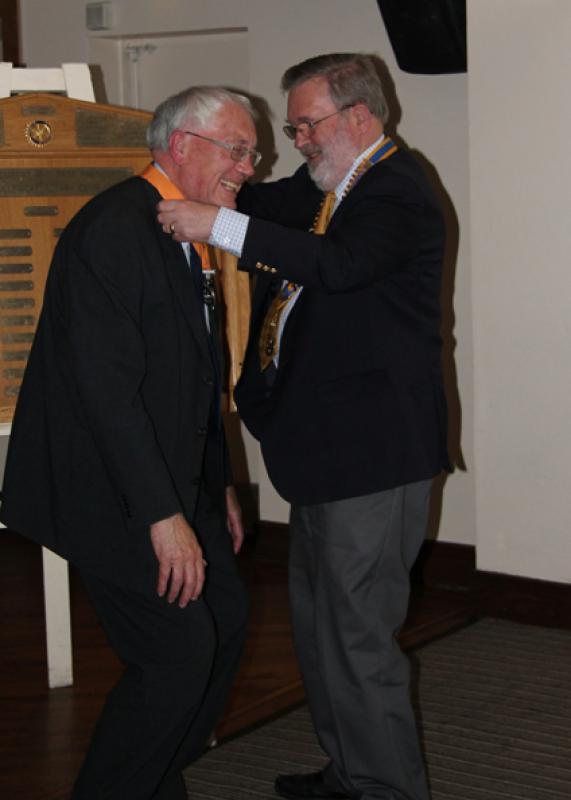 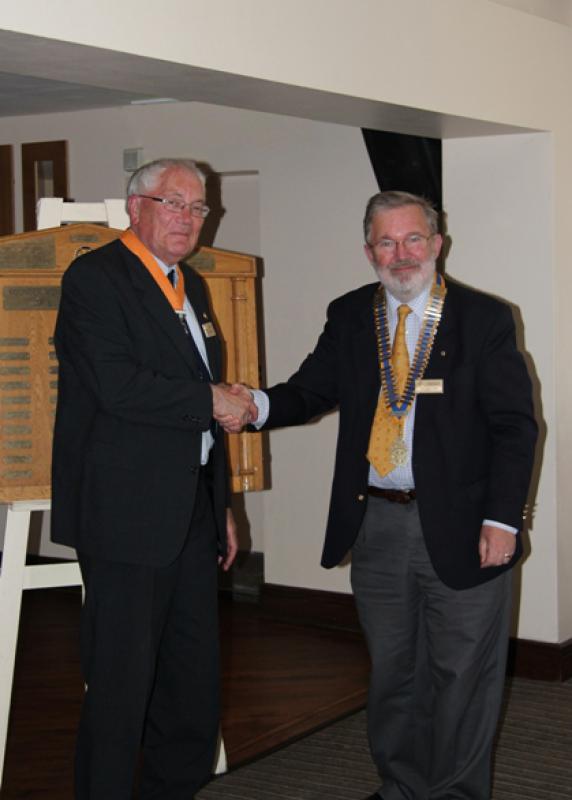 A year of Achievement

Firstly I want to welcome Norman Wilson, back after a very serious illness. Norman I am delighted to welcome you back and take it as an honour that you have made the effort to attend my last meeting as President. I feel humbled.

For me the year has been exciting and with co-operation in the main, I have been able to fulfil my promises to the Club as set out in my “manifesto” originally delivered from Spain, via a videoconference just over one year ago.

My wish was to break the mould of Rotary and deliver a different year. Unless Rotary changes in many ways it won’t be too long down the track before we will disappear. In the main we have not changed in 20 years, just got older. It’s too easy to repeat what we did last year and just roll it on!

I set out to update or Club technologically and that has been achieved by firstly improving our website. We now have the best Website in the District (and maybe the country) and I am delighted that Peter Greene has been recognised by District for his work and I add my own thanks to him for that. He has been an absolute rock to me during my Presidency, along with Ed Harrison, who I pick out for special mention. Additionally Peter has been responsible together with Trevor Bond for our “New-Look” Newsletter, which although in its infancy, bodes well for our communications for the future.

But behind every great man there is a great woman and I want to thank my wife Gillian for her tremendous support during the last year. She has adapted tremendously to the task and in recognition of that I have a present for her - a Rotary Tabard. She has been with me on almost every occasion and has better attendance than some Rotarians. On a separate note we were delighted to receive a Certificate for best membership retention from District, credit due for not losing a member during the year!

I had hoped to be able to hold a massive fundraising event in the format of a Concert, attracting visitors from far and wide. That proved not to be possible this year, for many reasons, but it does not obviate the task for future. In its place the Club agreed to donate funds from the Powles generous bequest and use them to help fund a Sand Dam Water Project in Kenya. With the help of a District Grant and Department for International Development funds we are able to increase this manifold and be able to build possibly 5 Dams with Agriculture, which will bring fresh water and prosperity to as many as 30,000 people in Kenya. As International Chairman in 2014-15, I look forward to seeing this to conclusion, next year.

My second objective was to work with Schools and in that respect we were able to host Youth Speaks and Young Chef Competitions. I wanted to be able to do more with our schools and in particular with our Junior Schools. That did not prove possible within Rotary, but during the year we had the 150th Celebration of the Reading Rooms where I am Chair of Trustees, and our Treasurer Mike Sinclair is Treasurer. We worked with 4 Schools, all year, to host an Open Weekend. So successful was it that we are continuing the good work this year with a Project on World War One.

We hosted a fantastic International Exchange visit from our twinned Clubs in Alba and Beausoleil which everyone involved enjoyed thoroughly. Such was the enthusiasm at a dinner in London, the Rotary Club of Karlshamn in Sweden expressed a wish also to be involved and offered for us to attend their Country in 2015. We will get another opportunity to have fellowship with our International Colleagues when we visit Beausoleil Club in Monaco in September.

We were able to concentrate on Health, holding our first MALE Cancer awareness day in November.  With the help of leading Consultant Urological Surgeon, Anil Vohra, we were able to raise the profile of the subject that is just not talked about. We will be continuing with this subject again, later this year.

We held a Stroke Awareness Day by taking Blood Pressures in the Community with cooperation from Waitrose. Many people were seen and again examples of very high blood pressure were found and patients referred to their GP.

So now my only remaining duty is to handover my Chain of Office to Mike Ginn and in doing so wish him the best of luck in his year and pledge my support to him wholeheartedly in my new role as International and Foundation Chair. 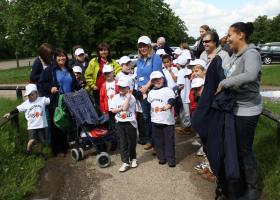 National KidsOut Day - We took a party of disadvantaged children from Thriftwood School, Galleywood to Marsh Farm Open Park at South Woodham Ferrers. A great time was had by all. 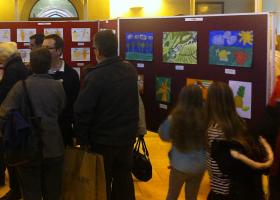 The Annual Art Exhibition held for local school children in the Church of St. Mary Magdalen in Billericay High Street.

A Sunday trip on the beautiful Thames Barge "Thistle". Enjoy Father's Day on the river travelling up to Tower Bridge from Tilbury Dock (boarding at 10.00) and back to Tilbury (arriving 17.15).

Another year of achievement for the Club

A report on the local Billericay Heat of the Young Chef of the Year competition.

A retired sports journalist gives his views on the subject