President Mike awards the prizes in the "Best Kept Large Garden" category which the Rotary Club of Billericay sponsored again this year. 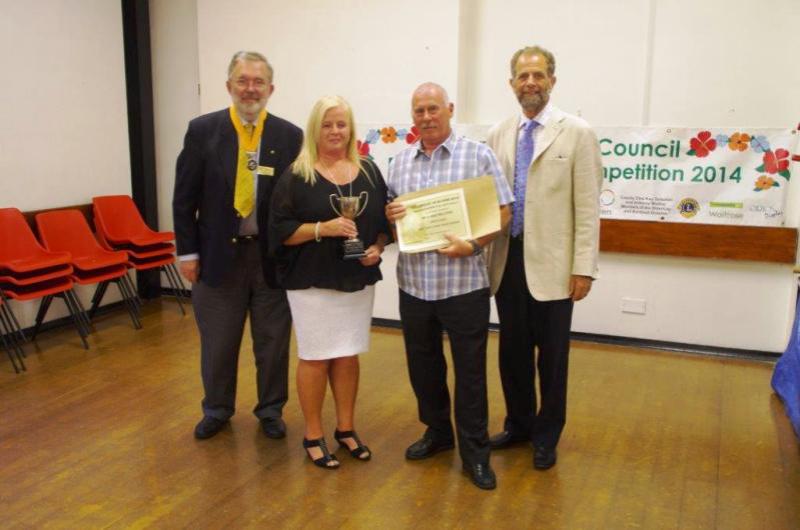 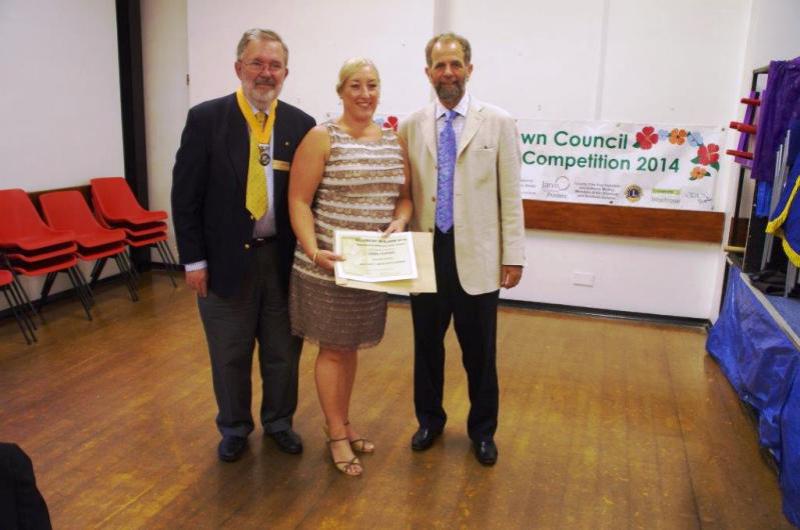 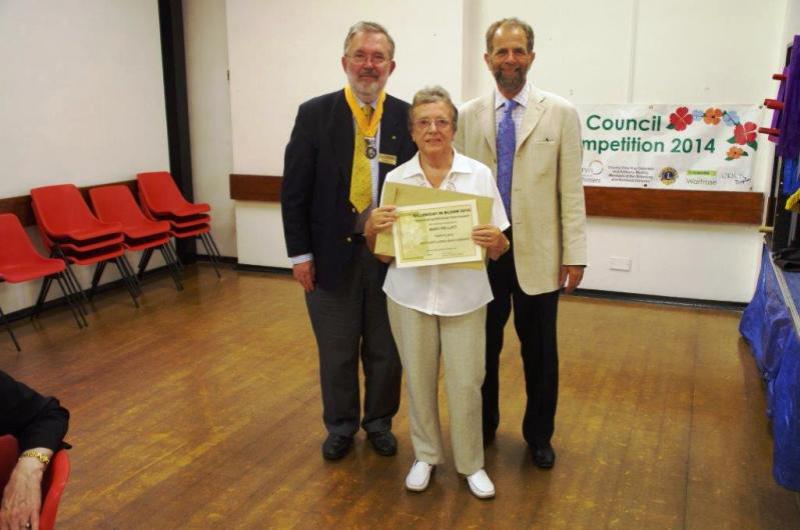 
I went to the Billericay in Bloom prize-giving on July 5th 7.30pm at the Canon Roche Social Centre, Laindon Road to present the prize for the ‘Best Kept Large Garden’ on behalf of the club.

I was feeling a trifle nervous as this was the first time I had represented our club in a non-Rotary setting.  I asked a couple if I could share their table and they graciously allowed me to.  We got chatting a bit.  It didn’t take long for the presentations to start.

First up were the schools competitions.  I was proud to see that the first prize in the first category went to Quilters Junior.  This was the school to which both of our offspring went in the late 70s and early 80s.  This later became the Ivory Rooms where we now meet and eat – but then it was a school.  After all the prize-giving for schools, the children were given an opportunity to depart.

Then came the adult presentations.  Our trophy was, I think, the third to be presented.  I presented certificates to the third prize winners and the second prize winners, pausing to have my photo taken with each winner.  But the winners of our cup were Mr and Mrs Walters who had been the couple who made me so welcome when I sat at their table.

The photos show me, the prize winners and our comp