Our chance to win back the Rotary trophy?? 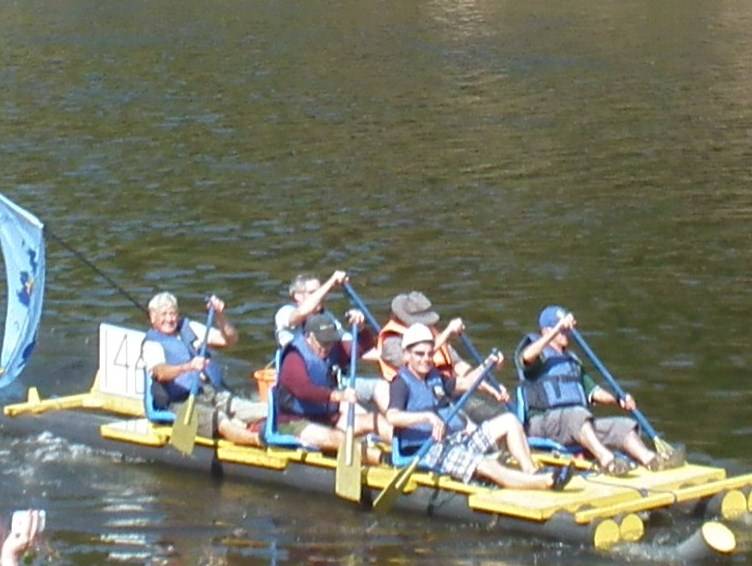 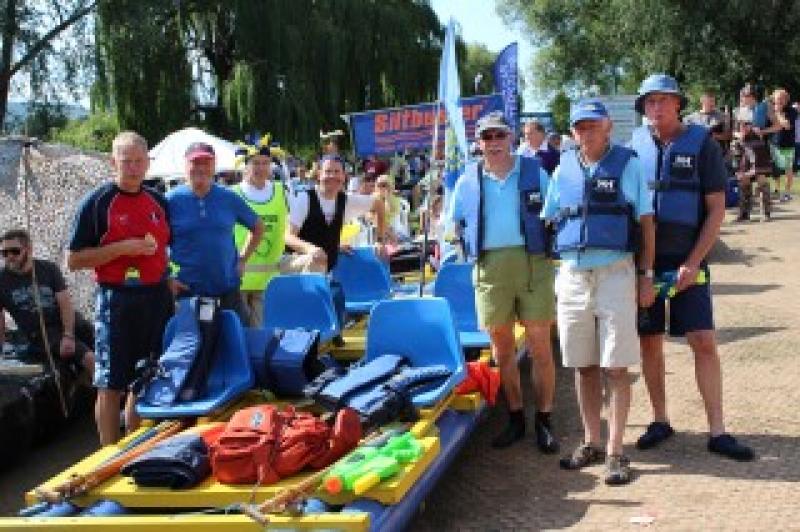 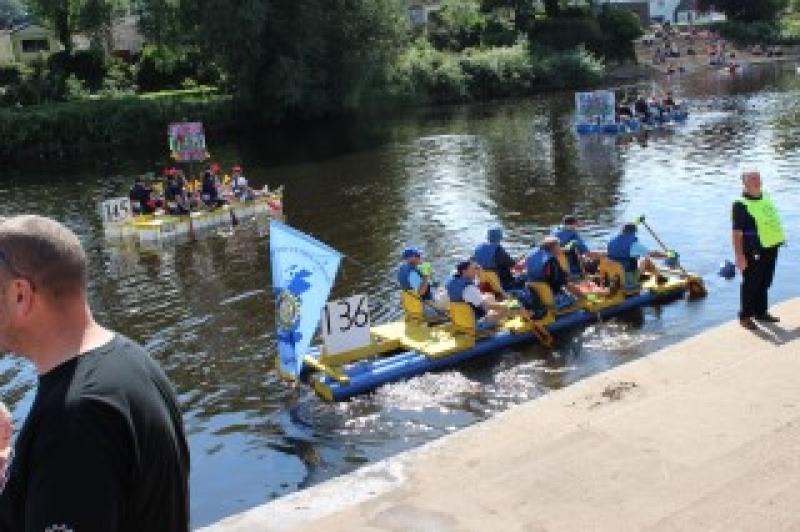 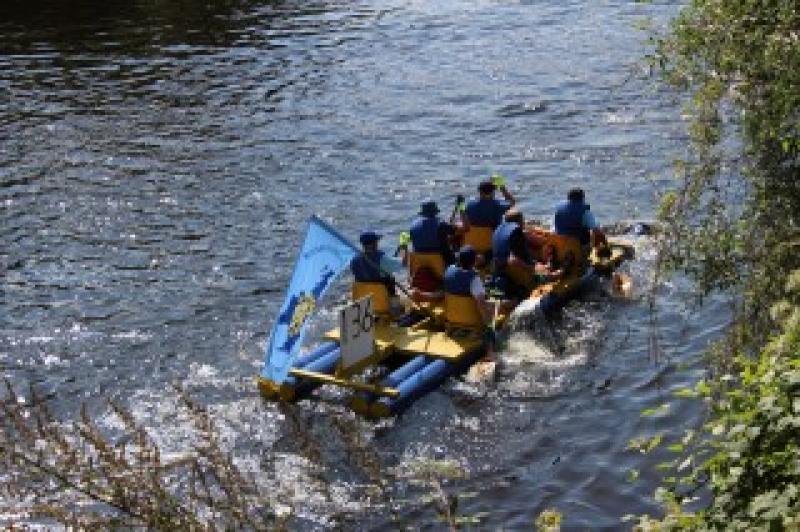 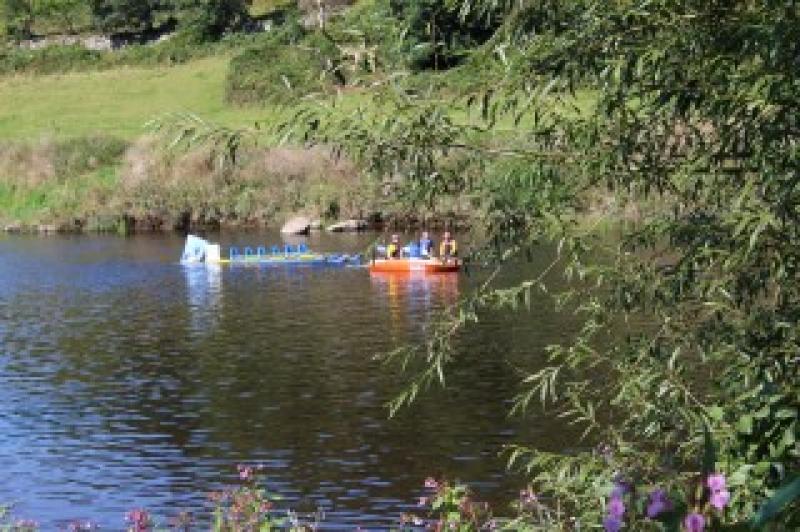 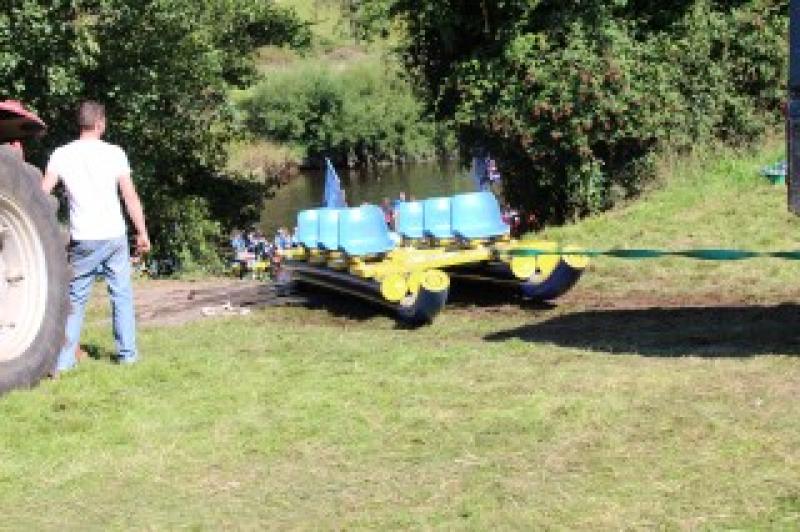 After the success last year in the Monmouth Raft Race, hopes were high for another fast time with high river levels on the Wye.

We managed to get an start amongst the first wave of starters from just over 100 competing rafts.

But our good start alongside Rotary rivals from Hereford Marches was soon stopped by going aground on early rocky rapids and great difficulty getting off wetted the crew and minor shin injuries left the raft damaged taking in water in the right hull and later the left hull.

We were able to keep afloat for most of the 6 mile journey but had to drop off 3 of 6 crew to keep afloat. Near the end the SARA rescue boat was keeping a wary eye on crew safety and we reluctantly accepted a tow to the finish - to acclaim on the tannoy to the people watching!

The Monmouth Raft Race is organised by Monmouth Rotary Club raising sponsorship funds for St David's Hospice and other competitor nominated charities.   We have been able to raise approx £800 gross in support for these causes.

Stonehouse Rotary crew were members Bryan, Derek, Julian and John with guests Mike and Richard with Hugh on transport support.  Bryan is already considering improvements to the raft for next year and John will look at river safety for lessons from this little adventure.

Thanks for support David for the photos attached.

To see more detail of the event - click here.