Fun and entertainment for all! 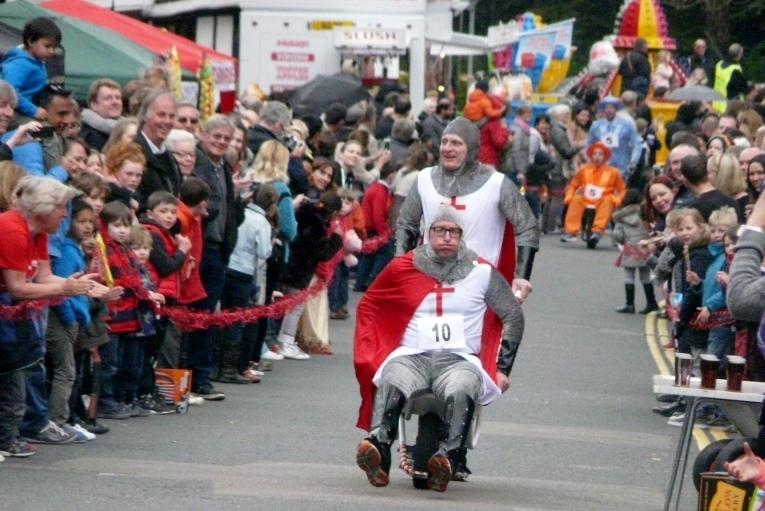 The traditional wheelbarrow race attracted the crowds and the quirky costumes! 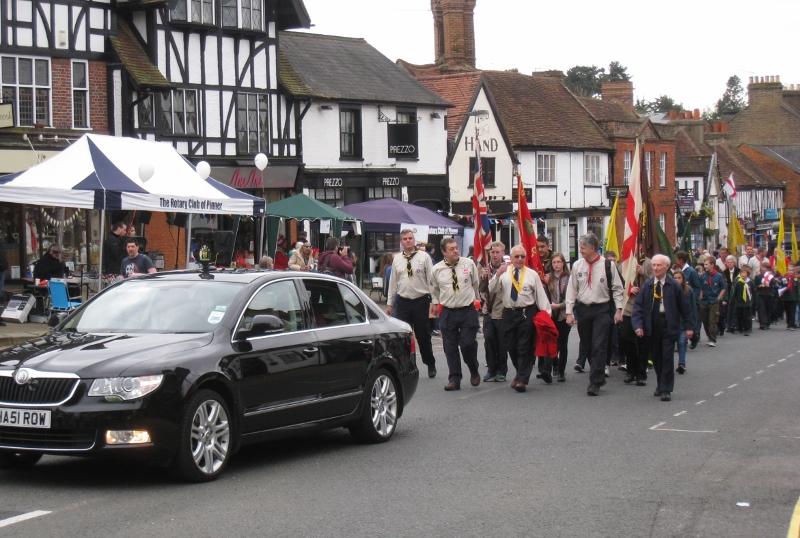 The Mayor's car leads the parade 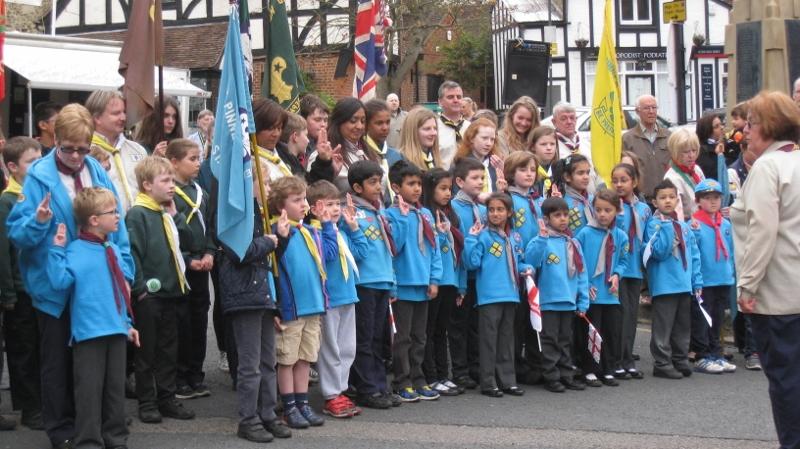 The Scouts renew their Promise 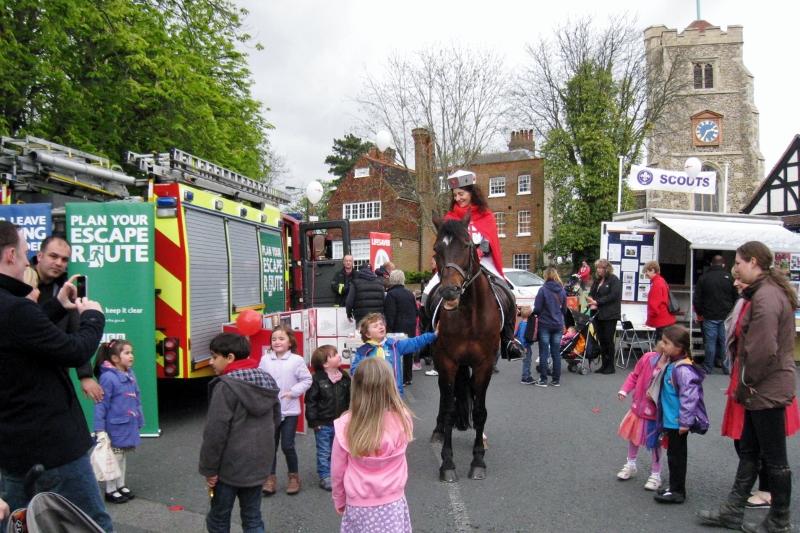 St George on her trusty steed 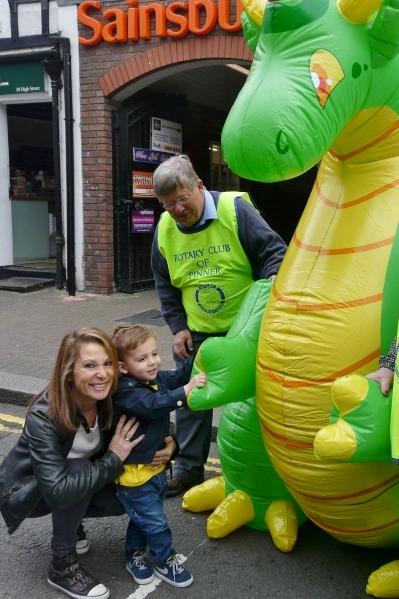 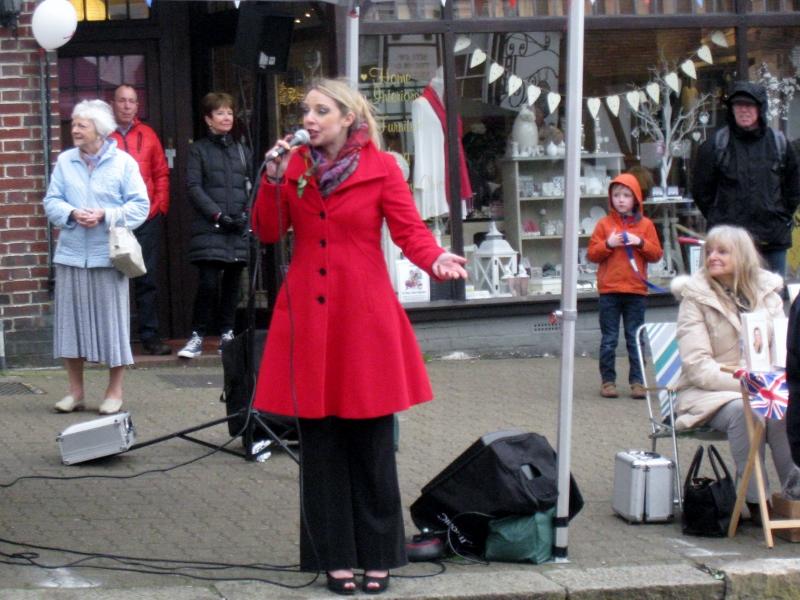 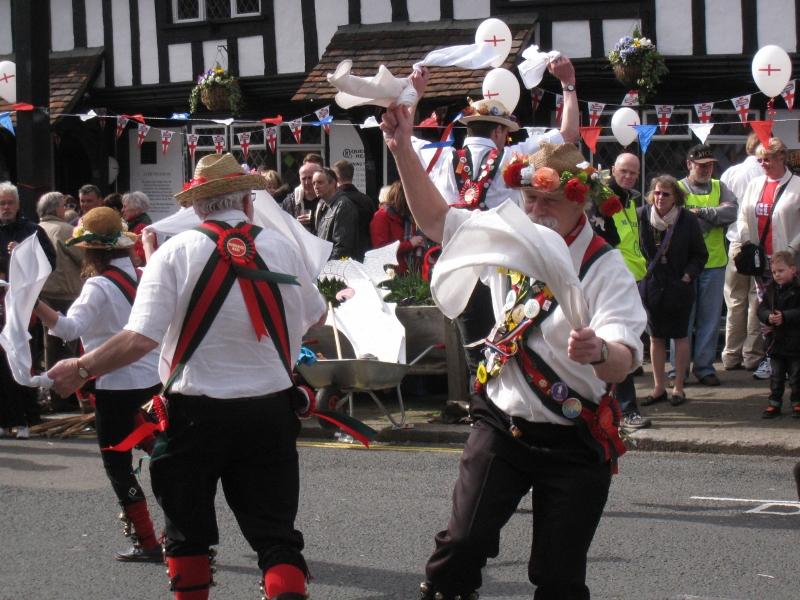 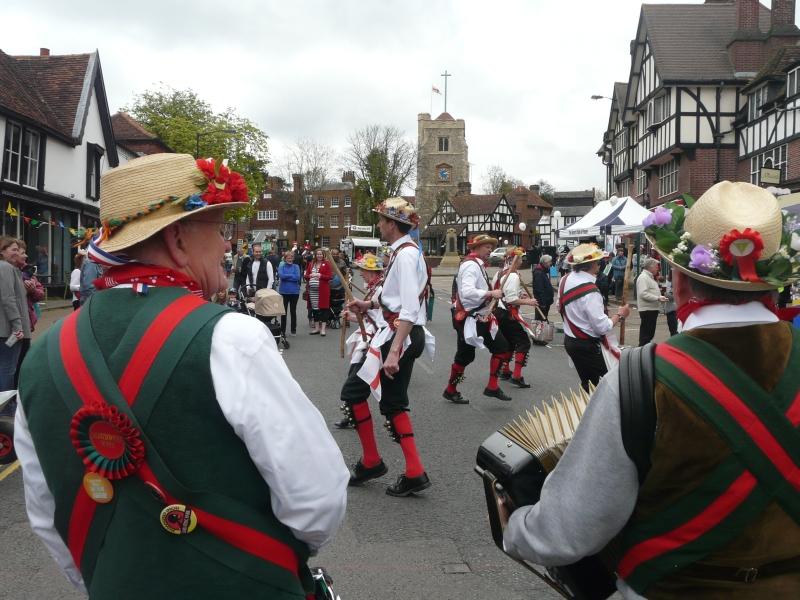 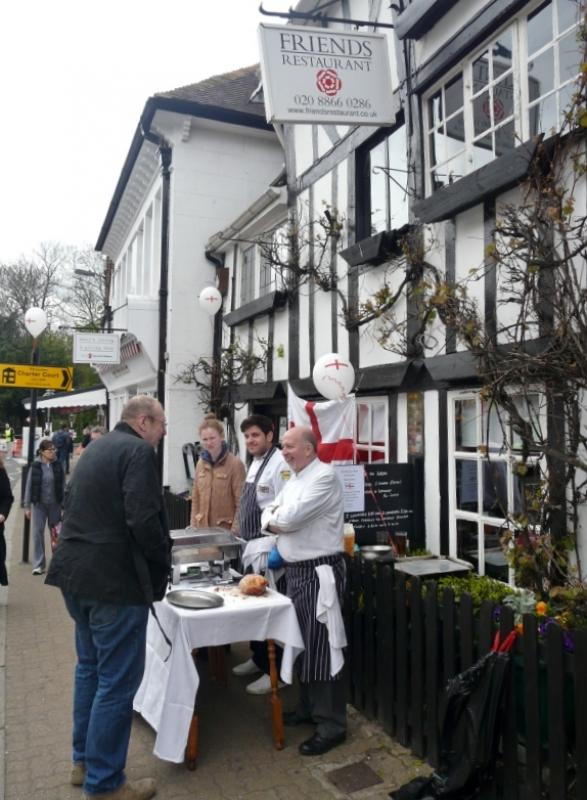 Terry Farr with his hog roast outside Friends 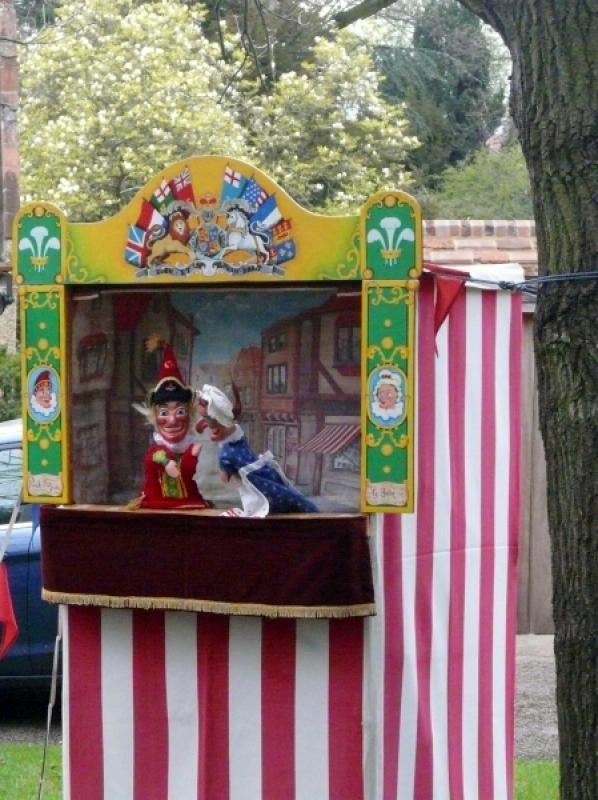 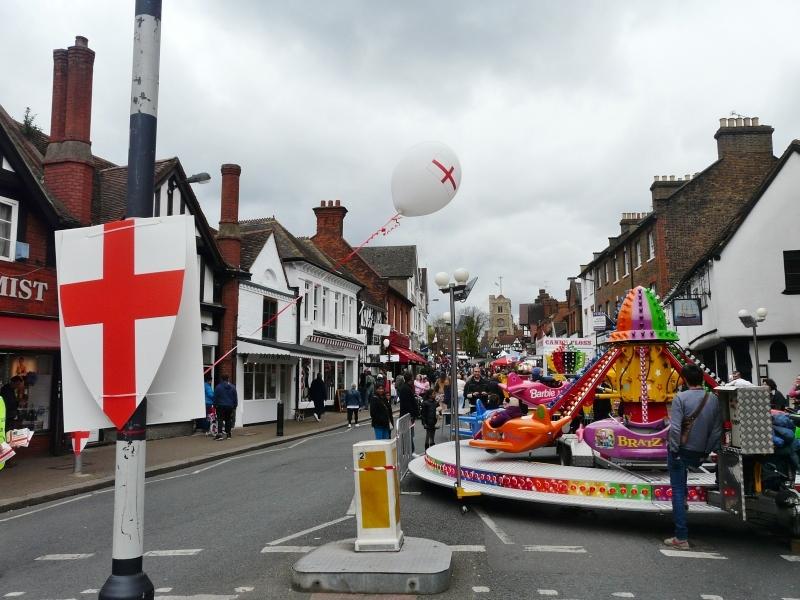 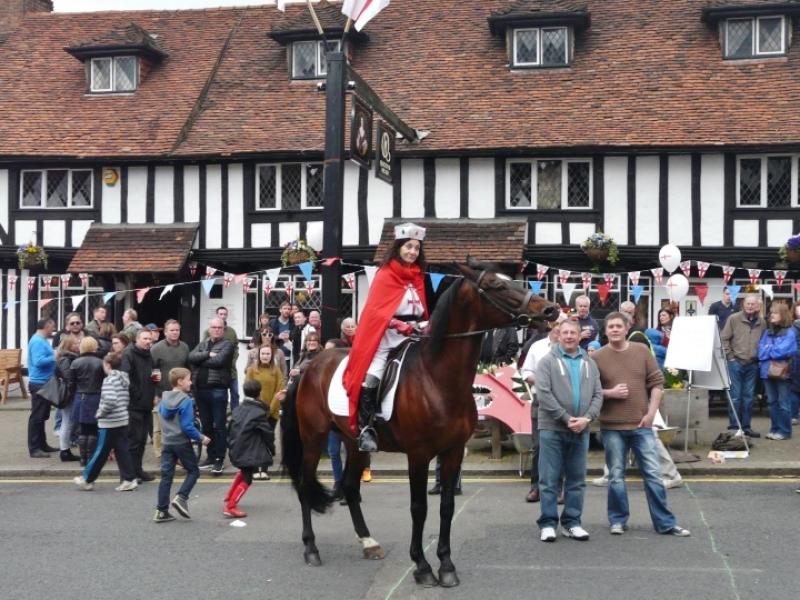 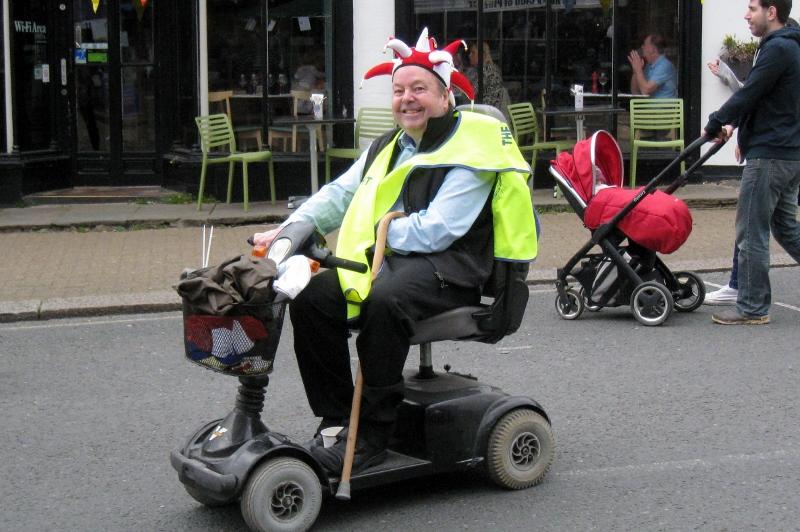 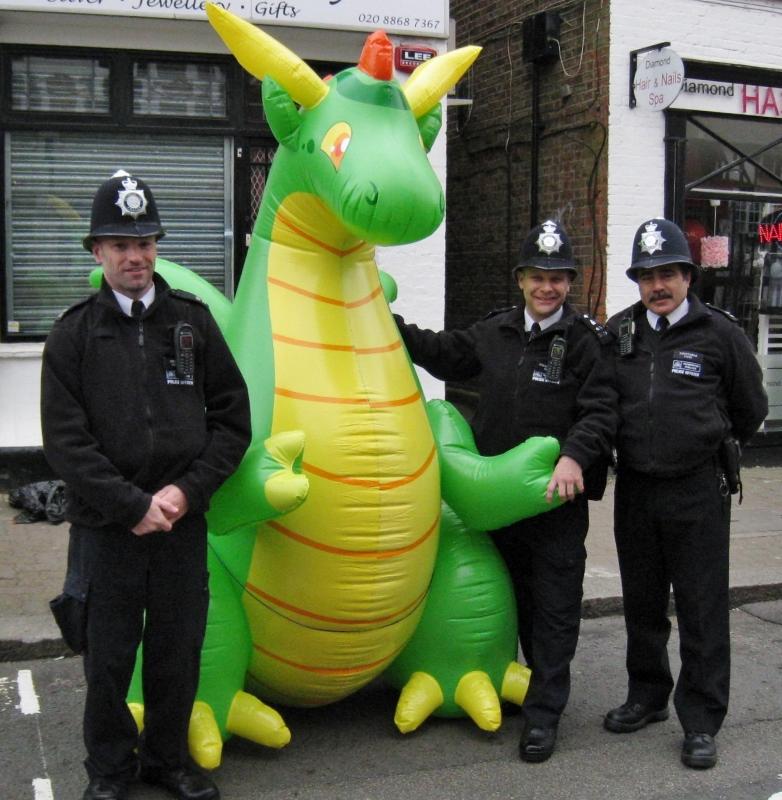 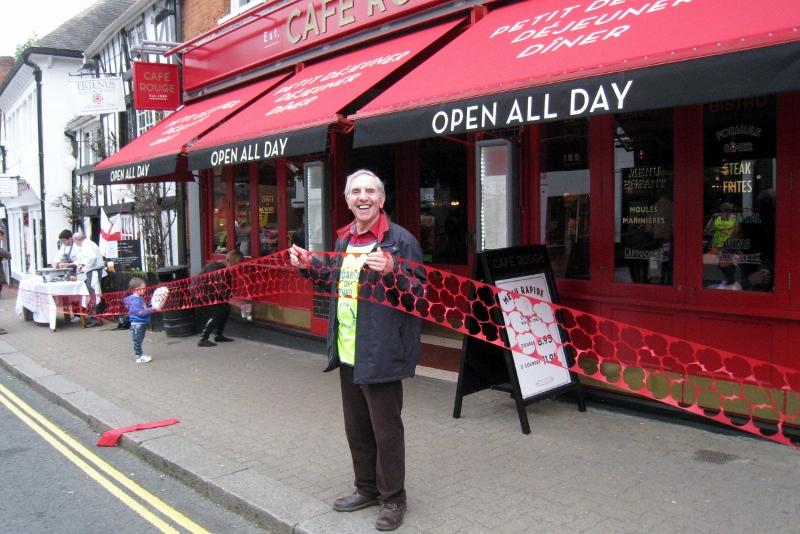 George keeping his side up 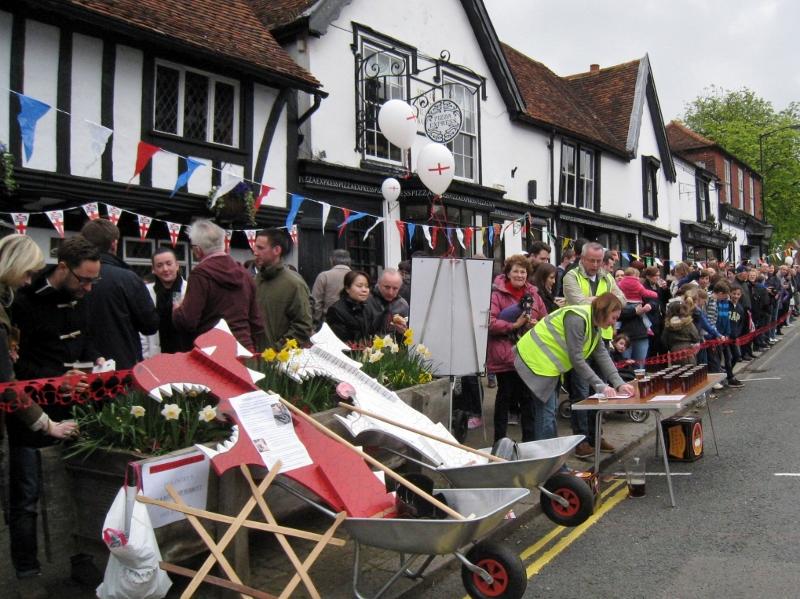 Preparing the beer for the wheelbarrow race 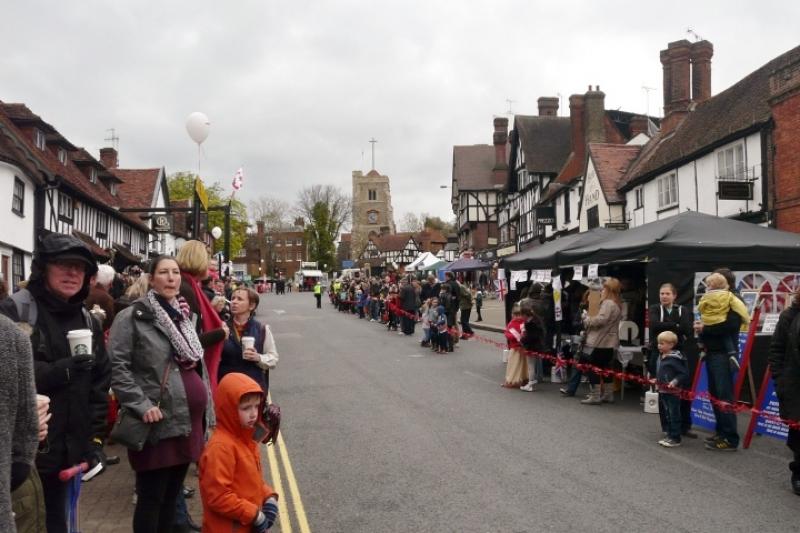 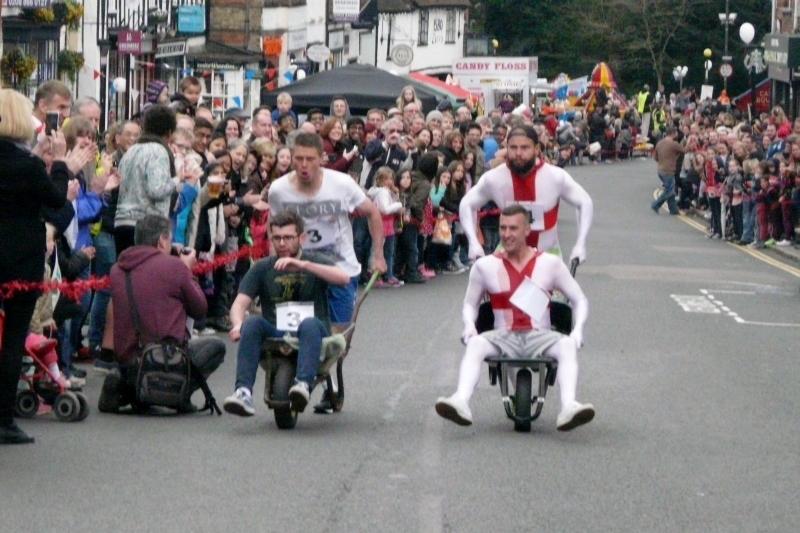 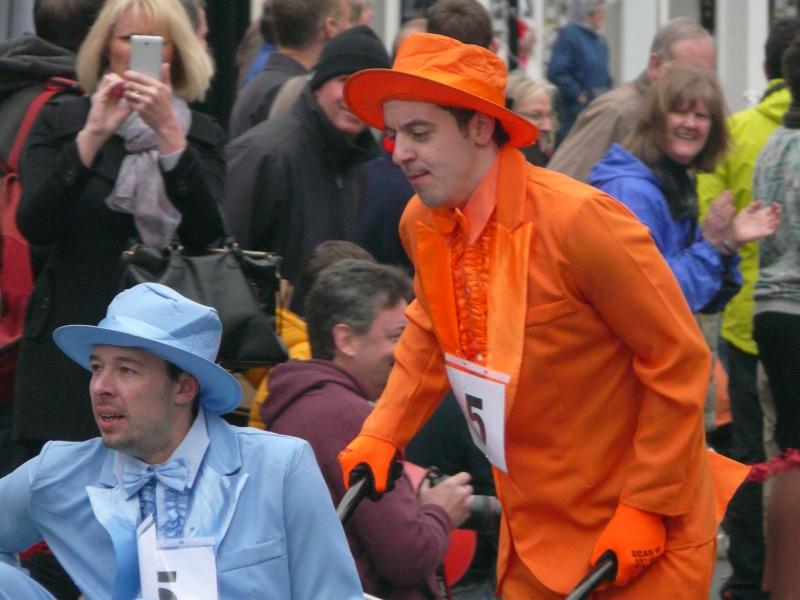 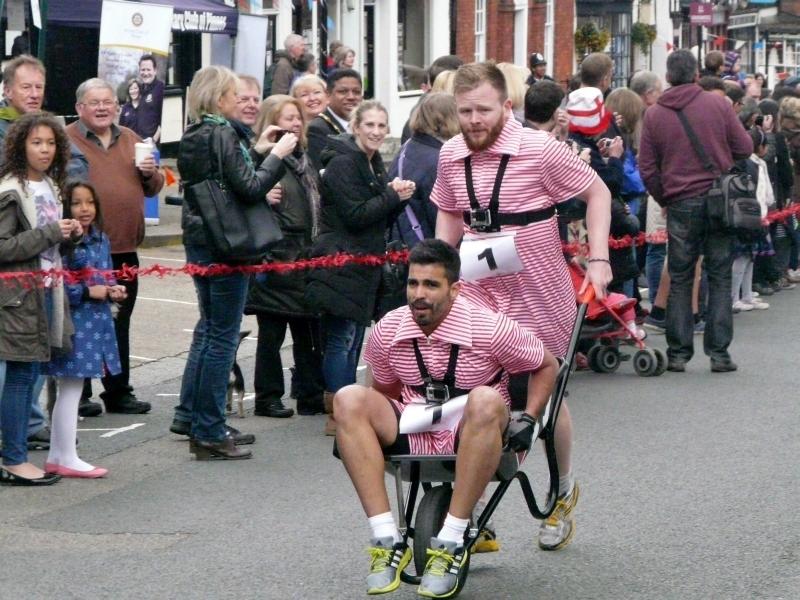 The eventual winners - Triangle from the Oddfellows Arms 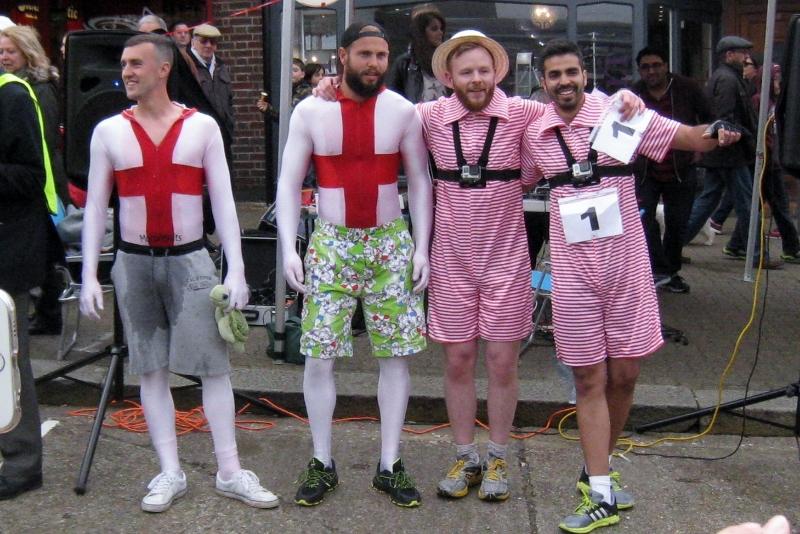 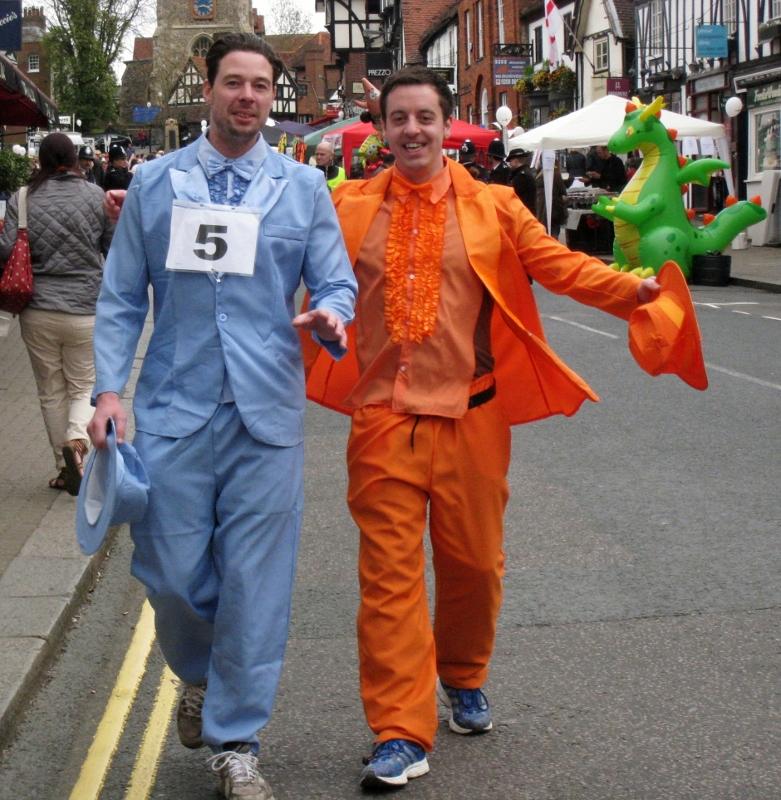 The most colourful contestants 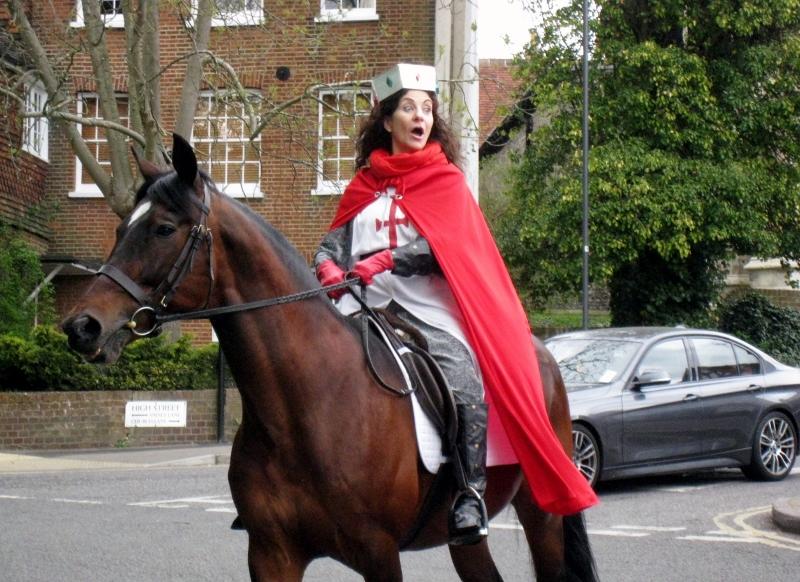 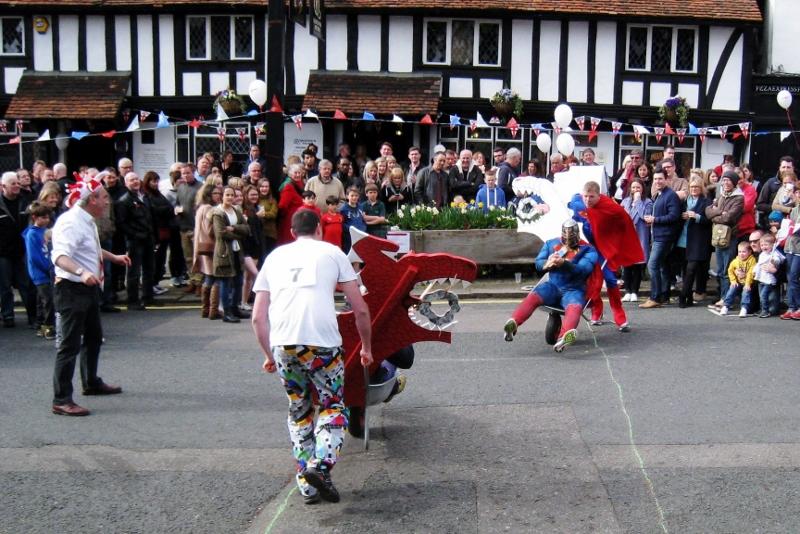 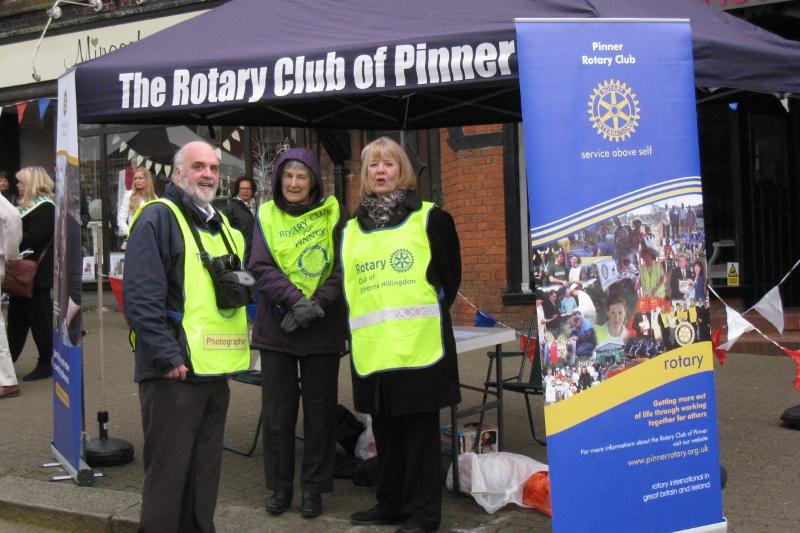 Rotary representatives from around the area

The traditional St. George's Day celebrations were held this year on Sunday 19th April 2015 in Pinner Village High Street. The unseasonably cold weather put a bit of a damper on things, but plenty of brave people turned out determined to enjoy themselves.

The picturesque High Street was closed for the day as the Mayor of Harrow and dignitaries led a parade of  District Scouts to the War Memorial. There the Scouts renewed their Promise in the presence of the District Commissioner.

Entertainment included St George on his trusty steed, singer Gemma Turner, the Merrydowners Morris Men, Punch and Judy, a traditional coconut shy, children's rides plus a number of other stalls and entertainers and the ever popular fire engine.

There was a beer festival at the Queens Head with burgers on the barbecue, Friends Restaurant had a hog roast and Foody Woodies and Carpentier offered their own culinary delights.

The centrepiece of the celebrations was Ye Olde Wheelbarrow Race. A unique Pinner event in which teams of two take it in turns to push their partner in a wheelbarrow, drink beer and race from Little Common to the High Street and into Church Green. This was followed by a new event, 'Wheelbarrow Dragon Jousting' - a colourful spectacle that kept the crowds entertained.