Victor Ghose is the Winner of the District 1130 Junior Section - RIBI Young Photographer Competition for the Rotary Year 2014-15. 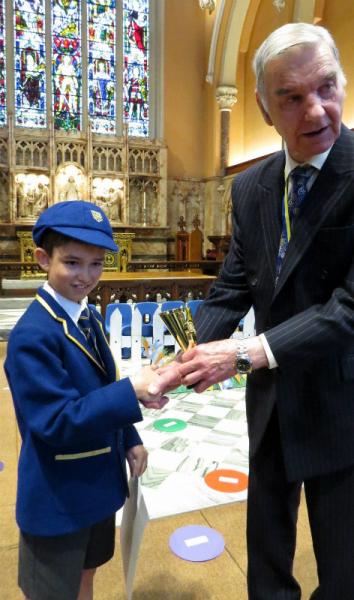 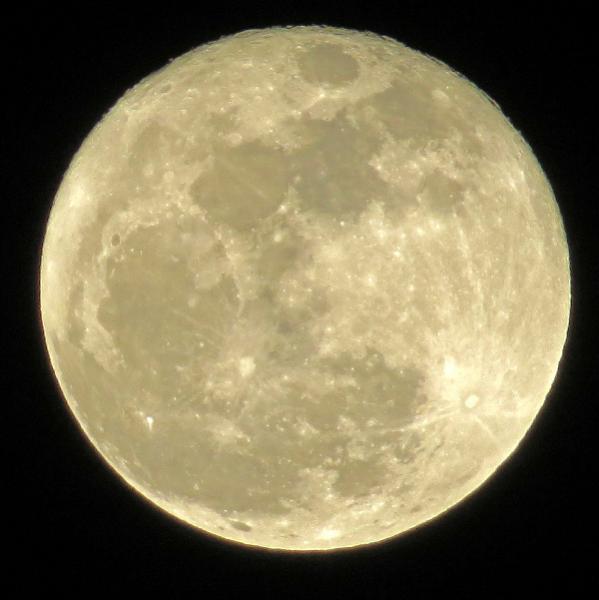 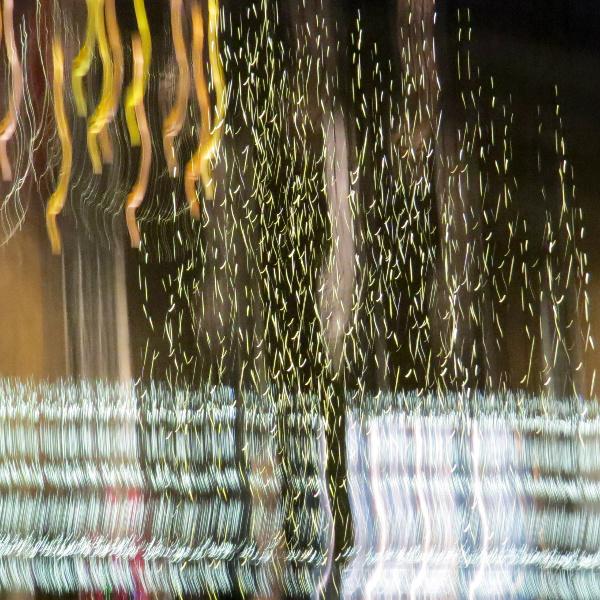 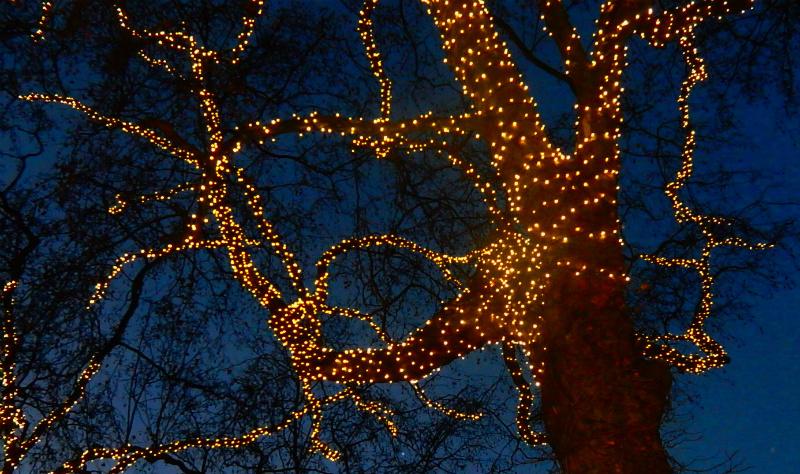 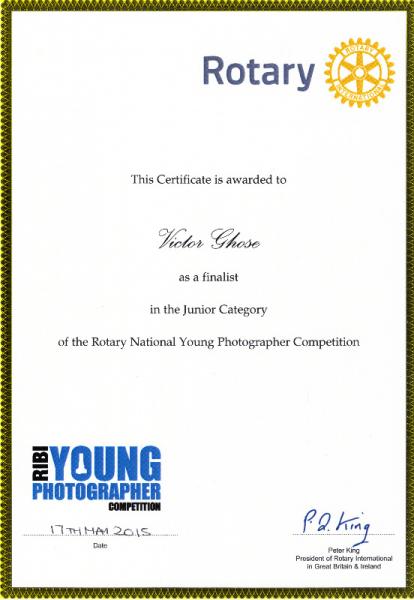 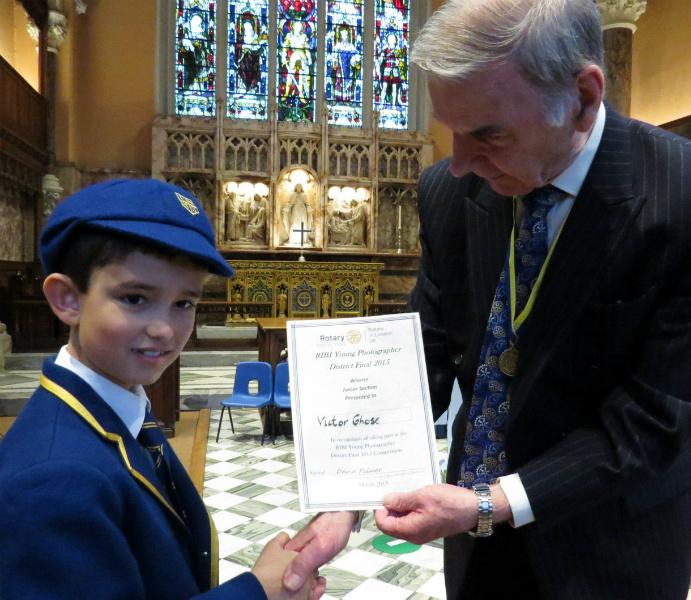 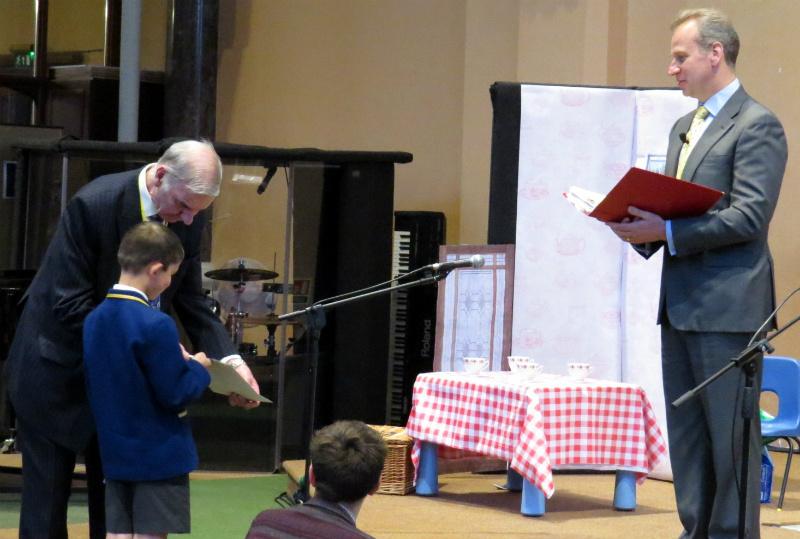 ANNOUNCES THE WINNER OF THE DISTRICT 1130

AND THE FINALIST OF THE Rotary GB&I YOUNG PERSONS PHOTOGRAPHIC

COMPETITION AT THE JUNIOR LEVEL FOR THE ROTARY YEAR 2014-15.

This National Young Photographer Competition is a well established and successful competition promoted by Rotary International in Britain and Ireland (Rotary GB&I). It is a three-stage competition designed to support and encourage development of photographic skills

This competition aims to encourage young people to:

·         Use digital or traditional methods of photography

·         Show interpretation of their chosen topic

·         Express their ideas through the medium of photography

Who can take part?

The competition is open to students, in full time education, in three age groups as of 31 August 2014:

The Three Stages of the Competition

District Competitions  organised by Rotary at District Level. Age group winners of District competitions are entered into the National Final.

National Final    organised by Rotary. One entry per age group per

District may be submitted for judging at the National level.

Victor Ghose who was 7 years old in January 2014, and who attends the Eaton Square School in Ecclestone Square, London, submitted his entry for the Junior Section of the Rotary GB&I Young Photographer Competition in March 2014 during the Rotary Year 2014-15 through the Rotary Club of Westminster West.

The theme of the competition was “Light Up Your Community”. Contestants had to submit three photographs and explain how the photographs related to the theme.

The full moon seen from street level early in the evening.

experimenting by shaking the camera, creating a series of abstract images

The Christmas lights on trees outside the National History Museum.

How the Photographs linked to the Theme?

Victor Ghose submitted the following summation linking his photographs to the Theme:

Light up your community

" The three pictures I submitted are very different to one another, but they all refer to three different types of communities. The moon is seen by everybody; by my grand-father in India, my grand-parents in France, my cousins in Luxembourg and of course myself in London. The lit up tree at the National History Museum is there for Londoners, but also tourists from the UK and abroad. Finally, the abstract picture of decorations in Elisabeth Street is mainly enjoyed by the people of Belgravia where I live.

Initially when I started this assignment, I focused on the word ‘light’ but having to think about the link between my photographs made me understand what my ‘communities’ are, i.e. my Indian-French family, my country of birth as well as my neighbourhood."

The Rotary Club of Westminster West was extremely impressed with the photographs and the initiative taken by Victor to experiment with the camera to create the abstract images. The Club did not hesitate to sponsor the submission to the District Level of the Competition.

At the District Level, all the photographs submitted by the Clubs in District 1130 which covers the Greater London Area were showcased at York Gate. Victor Ghose’s submission was reviewed and admired by many of the Rotarians and Guests who attended the event.  His entry was adjudged the Winner of the Junior Section at the District Level and was entered as a Finalist at the National Level.

For being the Winner at the Rotary District Level, Victor was awarded a Certificate from Rotary in London, a Trophy and a £30 ‘iTunes’ Gift Voucher. The President of the Rotary Club of Westminster West, Mr. Dennis Tapper presented Victor Ghose the prizes during the Eaton Square School Assembly on 12th May 2015 in the presence of the Headmaster, Mr Sebastian Hepher and Victor’s mother.

Thousands of young people from all over Great Britain and Ireland took part by submitting their photographs for the Competition and it was a great achievement for Victor to be a Finalist at the National Level and Victor received a Certificate from Rotary GB&I for this achievement.