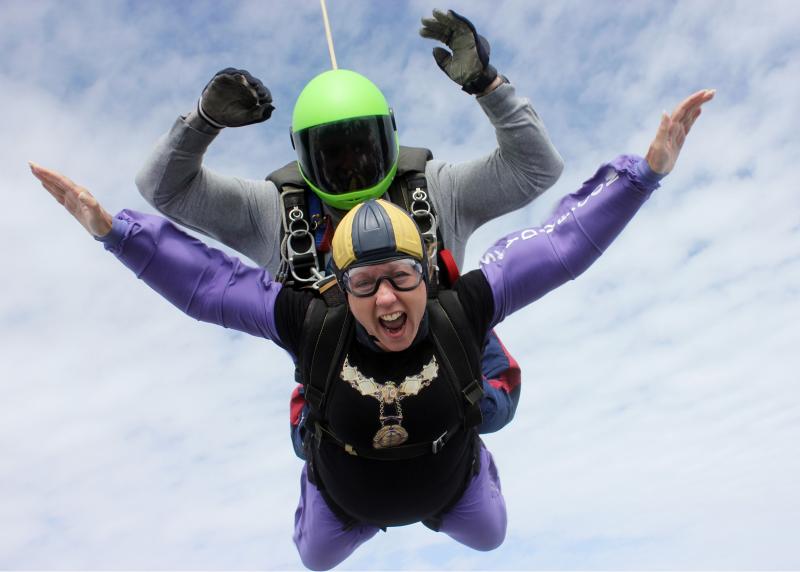 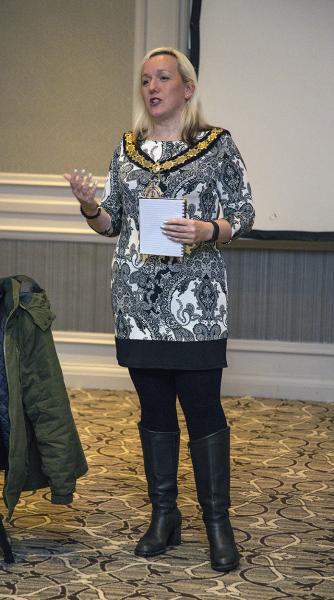 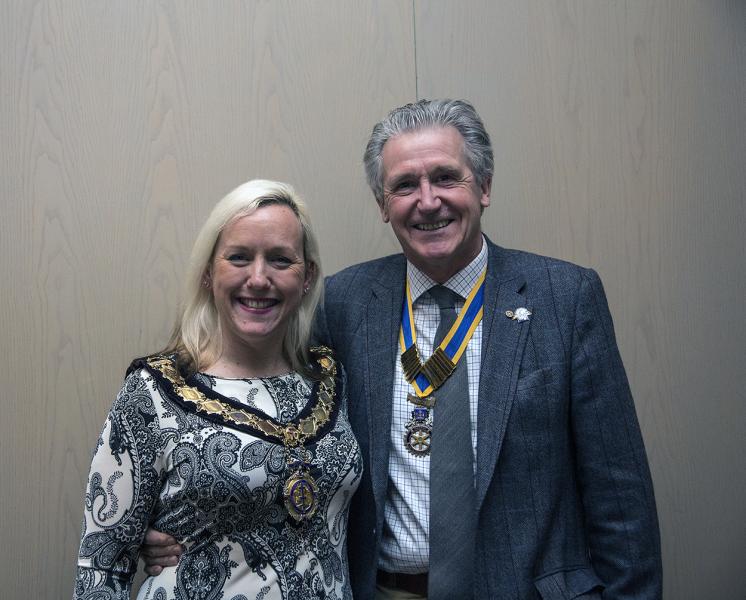 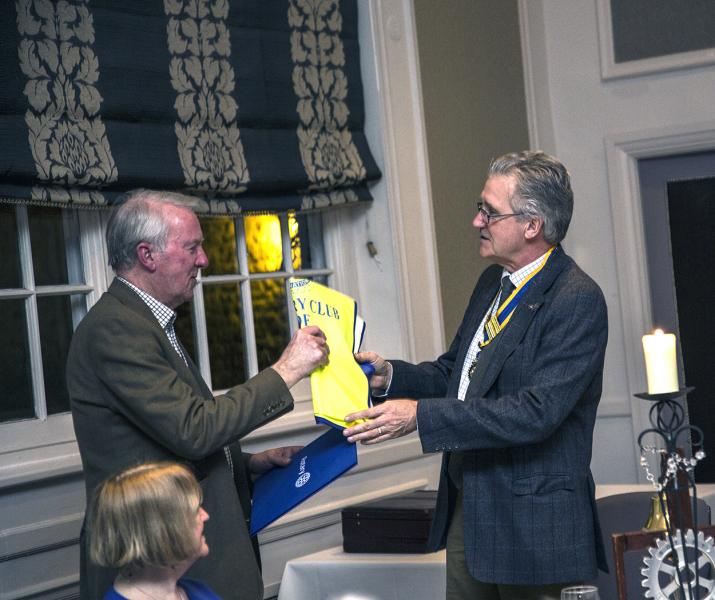 Nichola Dixon has become a Thame Town Councillor in 2008 with the aim to represent the young parents in the town and to make a difference.

In 2014 she made a promise that she would jump out of an airplane should she become Mayor of Thame. And she was elected Mayor of Thame in 2015 and carried out her parachute jump in aid towards her charities on 29 August 2015.     At the end of her talk, Nichola thanked Rotary Club of Thame for supporting most of the local events which require volunteer resource: Thame Show, Thame Food Festival, Thame Carnival and others. Nichola congratulated the club for organising Thame Swimathon 2016 which raised £4.5k towards charities.

The meeting was an opportunity for Peter Hook, Rotary Club of Thame President, to welcome Peter Allen, as a new club member. Peter Allen has been a Rotarian for many years with a Rotary Club in Dorset prior to moving in the Thame area.

- The indooer photos at the meeting were taken by Ross Dike.