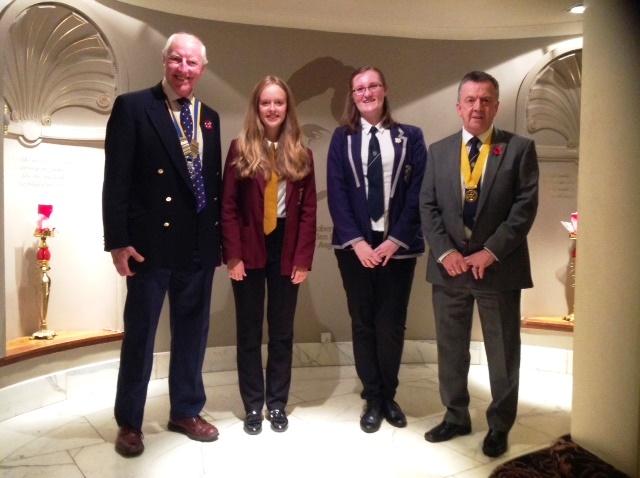 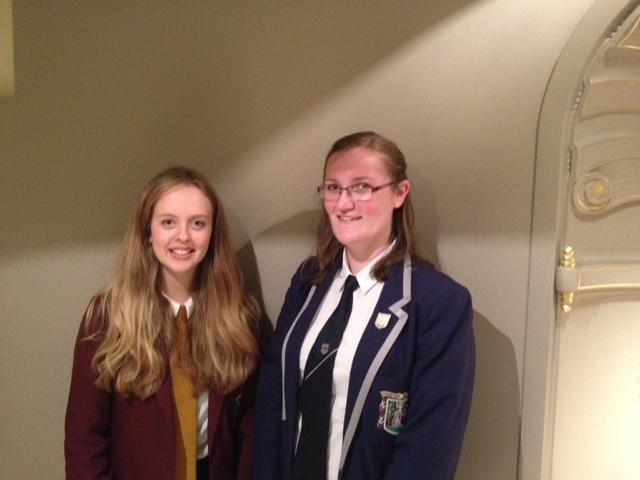 Two sixth year pupils from local High Schools have been selected by the Rotary Clubs of Carse of Stirling and the Stirling Club as their representatives for the Rotary International Euroscola project. If successful at the District selection, they will travel to the European Parliament in Strasbourg, and along with representatives from other European countries, will take part in 5 days of activities culminating in a full scale debate in the Parliament itself.  Throughout, they will be required to speak French.

Eight candidates from Bannockburn High, Stirling High and St Modan’s Schools competed for the 2 places available. All had to submit a 400 word essay on a European topic, and undergo 2 comprehensive interviews, one of which was entirely in French. The successful candidates are Bethany Mackay, the Head Girl at St Modan’s, and Shona Candlish who is a prefect at Stirling High. Bethany, a Gaelic speaker, is studying for the International Language Baccalaureate and is a member of the National Youth Choir of Scotland. Shona has recently been to India with the Girl Guides, holds the Duke of Edinburgh Silver Award and hopes to study history and politics at University. Both have already achieved A grades in Higher French, have an interest in European issues and are also accomplished musicians. Bethany said “I know we have still to pass another selection test but I am really excited about the possibility of going to Strasbourg.”  Shona said “I really want to have the opportunity to discuss political issues with people from Europe and take part in the debate in the European Parliament.”

Gordon Brewster, Chairman of the selection panel said “We are very fortunate to have had such a strong field from which to select 2 excellent representatives for the Stirling area. Their schools and families should be very proud of them.”