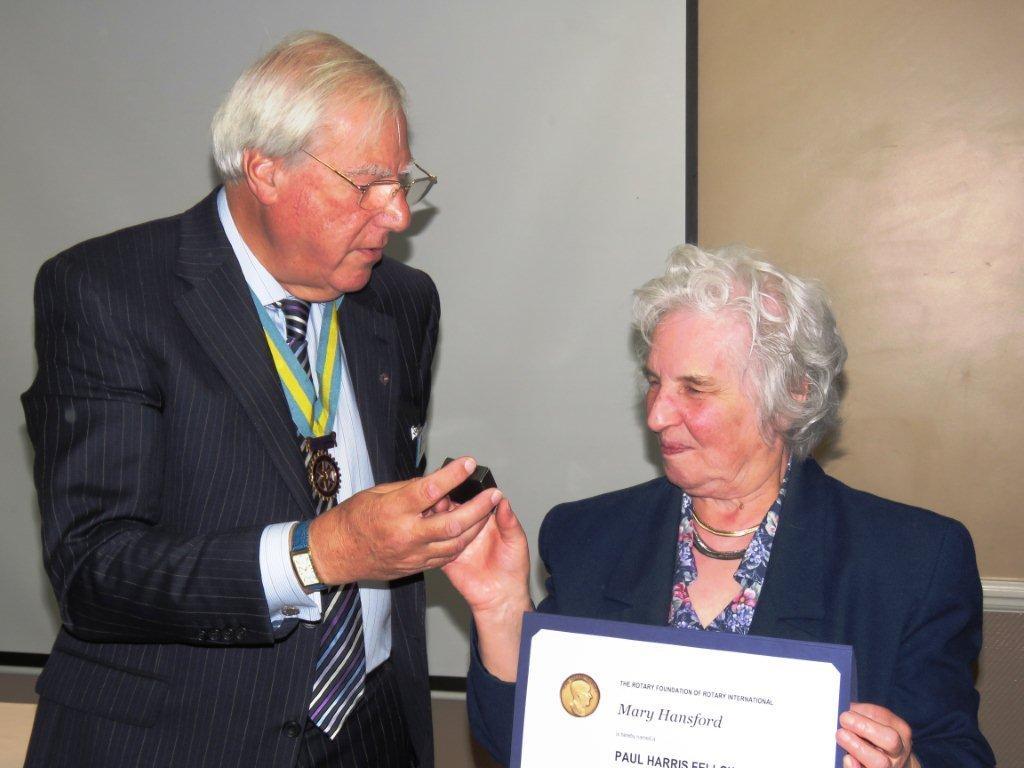 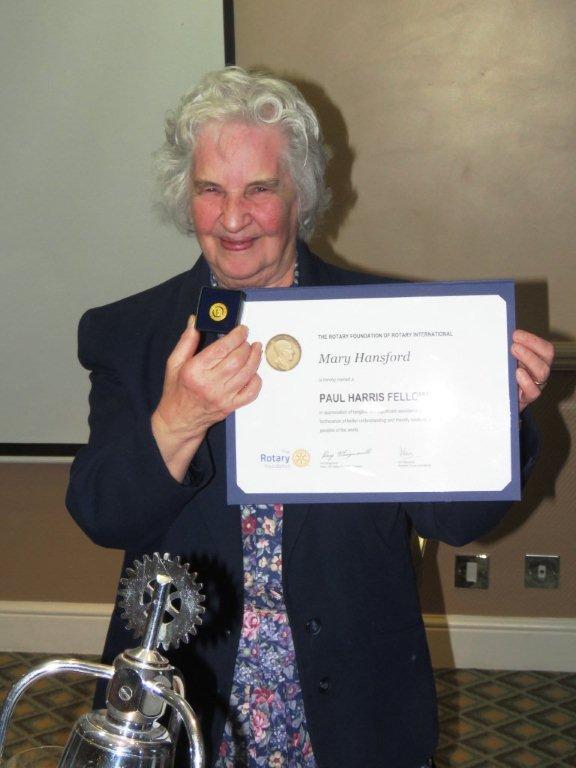 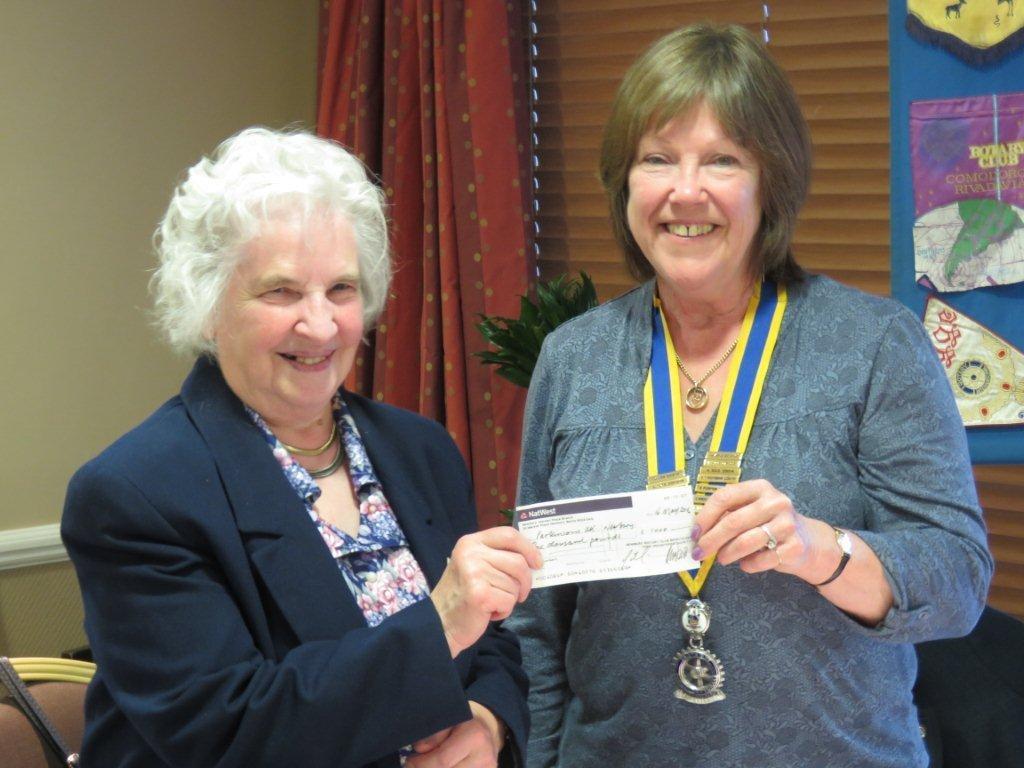 
Mary Hansford attended this Newbury Rotary club meeting thinking that she was there only to receive a cheque for £1000 for Parkinson’s UK Newbury branch following the club’s recent charity golf competition. This was accomplished by Newbury President Kath Nurse but then, the Rotary Assistant District Governor Gerry Cowan of Thatcham Rotary, on behalf of Newbury Rotary Club, proceeded to present Mary with a Paul Harris Fellowship Award.

Mary Hansford, who recently retired, established an informal support group in 1980 for people affected by Parkinson’s and the local branch was formally inaugurated as a full member in 1981. Since the inauguration Mary has carried out many roles and is seen as a font of all knowledge related to Parkinson’s in our area.  In addition to holding positions of Welfare Officer, Treasurer and Secretary, she has been the focal point of most activities and enquiries. The local branch now has 200 members and thousands of Parkinson’s sufferers have benefitted from Mary’s commitment and work since its formation.