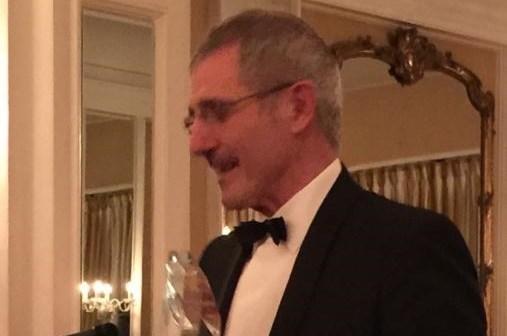 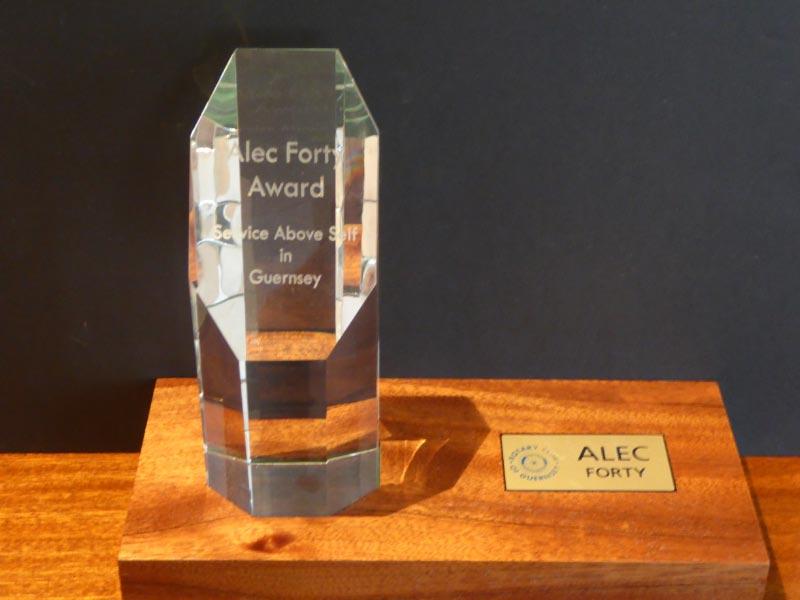 "Alec Forty Award for Service Above Self in Guernsey."

Charter Night 2016 saw this award presented for the first time, to Nigel Dorey.

The outstanding, sustained efforts of Alec Forty as a member of our Club, before and after his Presidency in 1977/8 and ending only with his sad passing in December 2015, is well known to all members and many islanders. The vast numbers who crammed into the aisles at his funeral in December were testament to that, as was the Dean's address, so there is no need to repeat them again here. Put simply, Alec was a Giant of our Club in Guernsey.

In the final month of his life, Alec continued with his 'service above self' mindset and attended in his wheelchair the Rotary Carol Service, which he has organised for us each year. He declared in good spirits to some of us there: "I am still alive and fighting!" We will also all miss his 'Face to Face' interviews, by which he enabled us to better know, understand and appreciate each other.

Within Rotary Worldwide, we recognise special contribution to Rotary via the Paul Harris Awards and we will of course continue to do so.

However, within the Rotary Club of Guernsey, we have members who provide an outstanding, sustained and disproportionate contribution to our local community, both via their Rotary role and via other parallel roles in further charities or services. The 'Alec Forty Award for Service Above Self in Guernsey' is intended to recognise such sustained contribution. Funded by the current President and assessed jointly with the incoming/outgoing Presidents, the award will not be made every year, but only when warranted. It comprises an inscribed crystal tower mounted on a stand with Alec's original name badge, which he was proud to wear for so many years. The stand has the space to take the names of those presented with this award and the Club will retain the award for years in which it is not presented.

Nigel Dorey, a clear current Giant of our Club, is a most deserving first recipient of the 'Alec Forty Award for Service Above Self in Guernsey.' His sustained contribution across so many activities of our Club, and beyond it, for our community is well recognised by us all. We congratulate him and are proud to have him as a valued member of our Club. 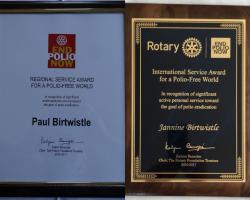 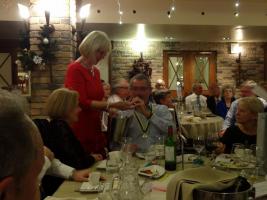 back Now and again it is a pleasure to record awards given to individual members of the Rotary Club of Guernsey for services to the Club and the wider community.