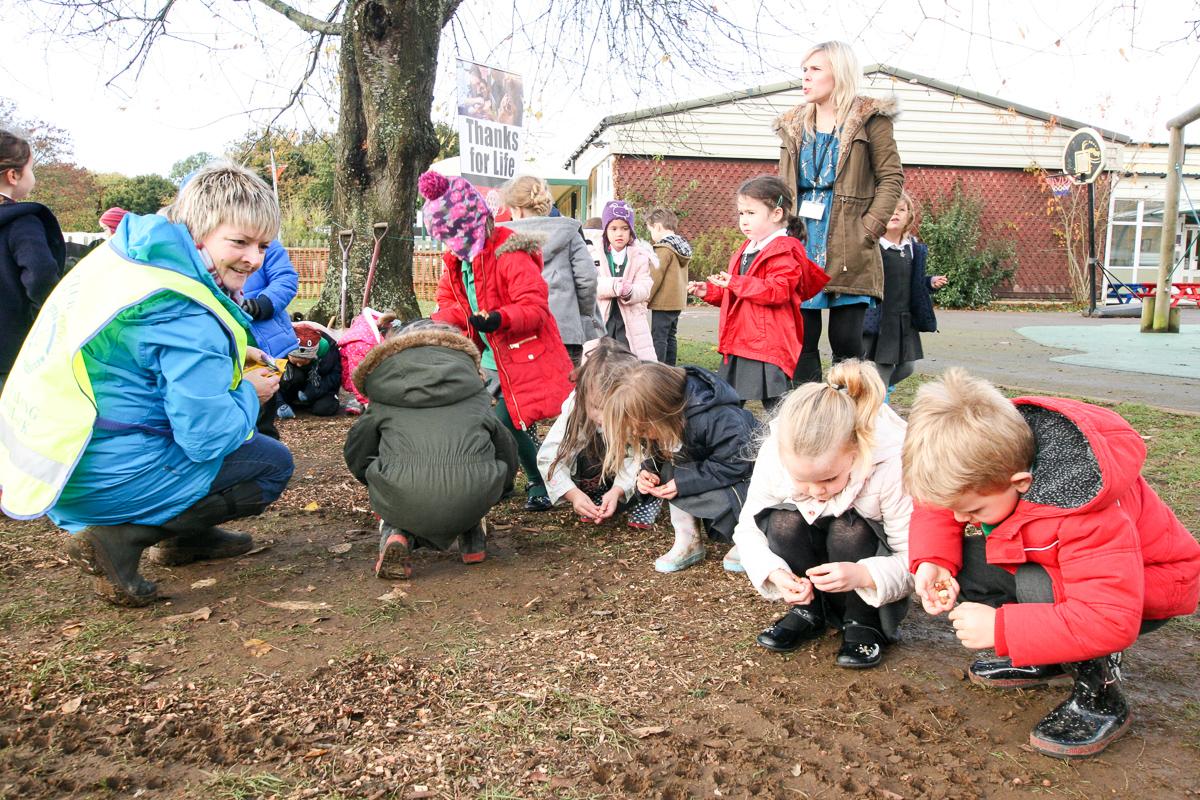 The Rotary Foundation is celebrating its centennial anniversary in 2016/17. Former Rotary International President Arch Klumph’s idea for an endowment fund dedicated to ‘Doing Good In The World’ planted the seed for The Rotary Foundation in 1917. That one idea and an initial contribution of $26.50 set in motion a powerful force for good that has transformed millions of lives around the globe over the decades. Over the last 100 years, the Foundation has spent over $3 billion on humanitarian programmes across the world. This includes spearheading the movement to eradicate polio globally, as well as facilitating projects which address Rotary’s Six Areas of Focus, namely:

One of the programmes we support is the Global initiative to rid the world of polio, known as Polio Plus which this year has included planting 5000 crocus corms at Green Oak School in Godalming.   Read about it here. 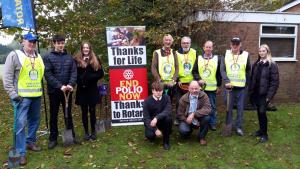 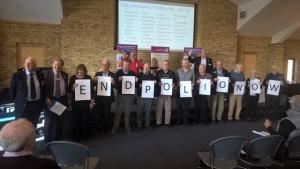 more At the Rotary District 1145 meeting on 27 October, it was announced that 23 clubs in the district had donated more than $1,500 in the last year to the End Polio Now campaign 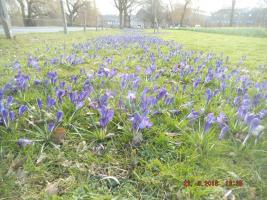 more In November 2017, Godalming Woolsack and Moss Lane School planted crocuses in the Burys, and were rewarded with a purple carpet in the Spring 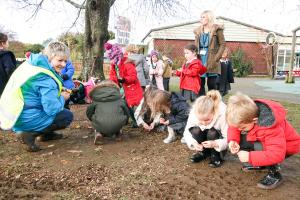 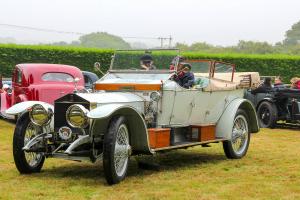