Thame"™s Inner Wheel and Rotary had a special guest speaker at the Thame Football Club: the 41-year-old Royal Navy Reservist Michelle Ping who has led a remarkable double career for the past 20 years as a military reservist and a specialist paramedic. 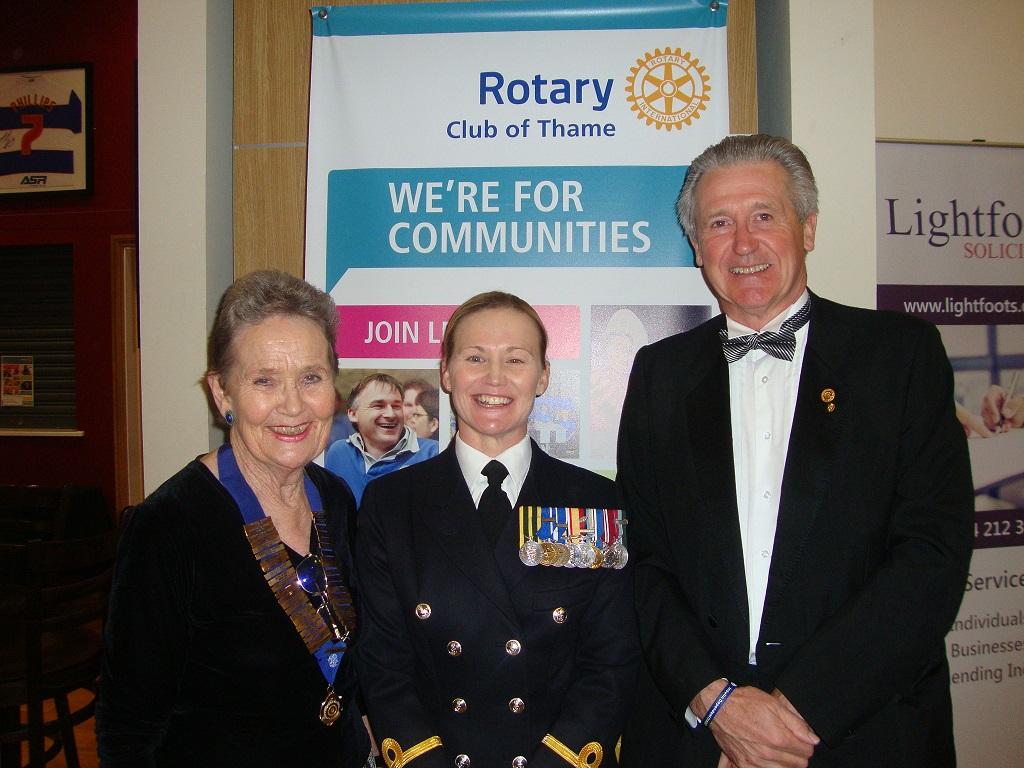 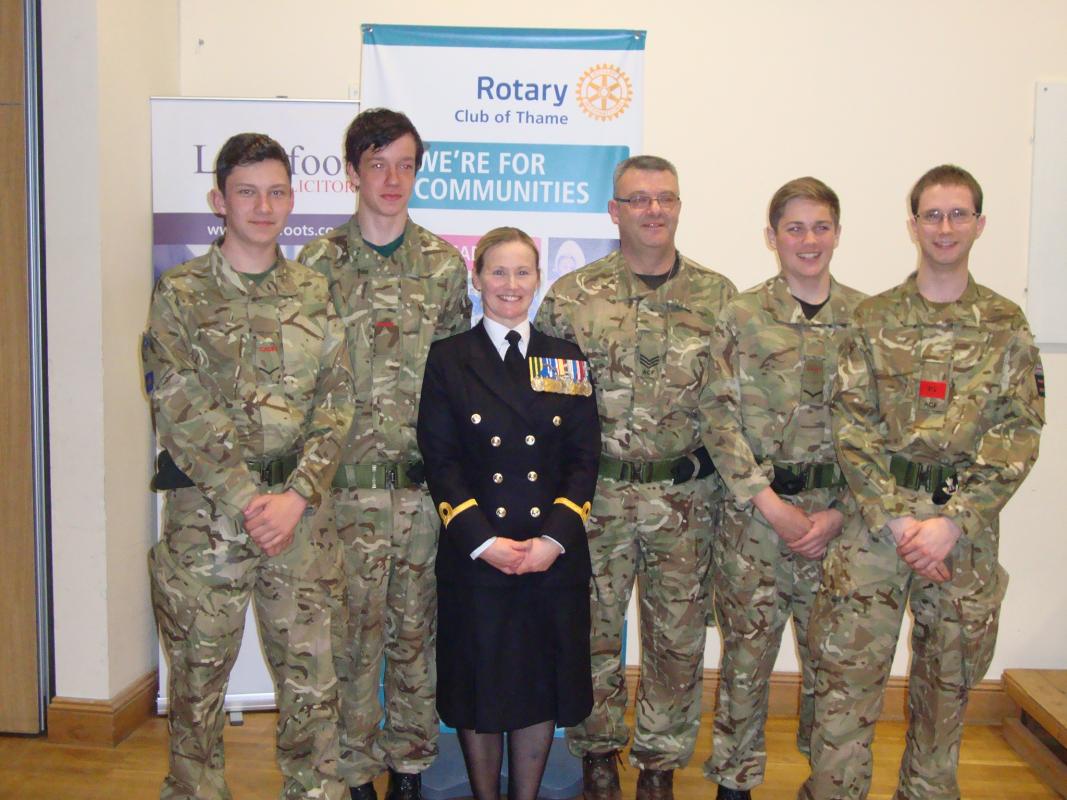 Michelle Ping was on patrol as a volunteer combat paramedic with the Reservists in Helmand Province Afghanistan in 2011 when she saved the life of a colleague who had been shot in the head.  She jumped on the roof of the building where the soldier lay injured to shield him and give him first aid whilst still under fire. For her bravery she was awarded a Mention in Dispatches in 2012 and the Queen’s Volunteer Reserve Medal.

The event was attended by representatives of various local voluntary organisations, including representatives from Thame Air Cadets and sixth form students from Lord Williams’s School.

The event was kindly sponsored by Lightfoots Solicitors, Thame Glass and The Thatch. These local companies helped cover the costs towards Chinnor Silver Band’s performance as well as the drinks and canapes on offer.