We re supporting the event, and aiming to win back the "Best Rotary Team" trophy. 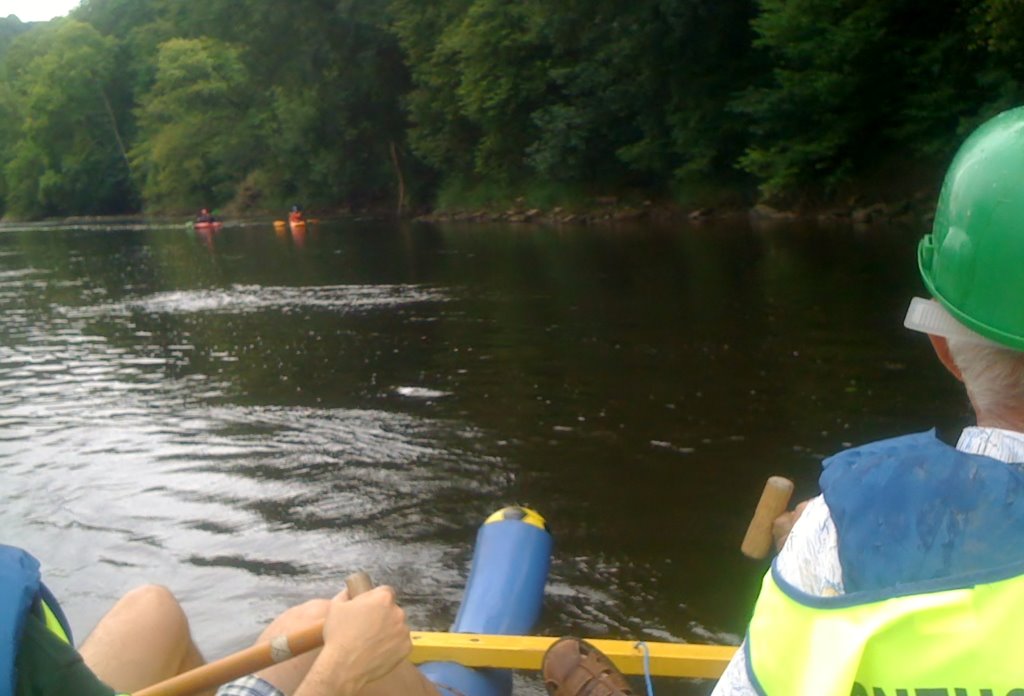 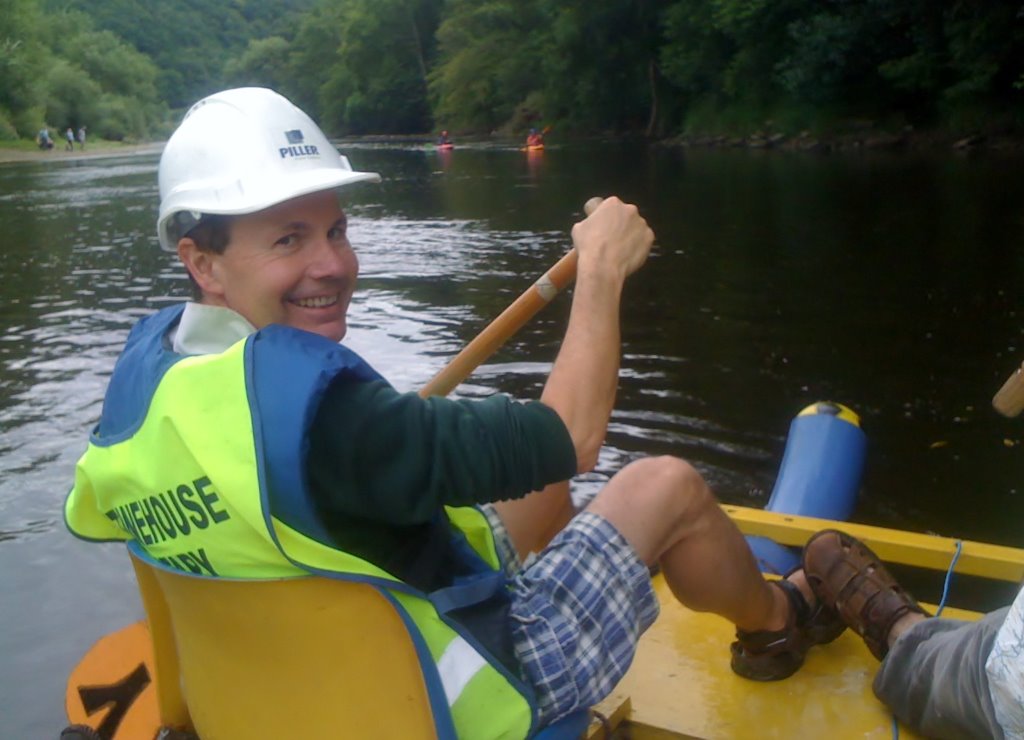 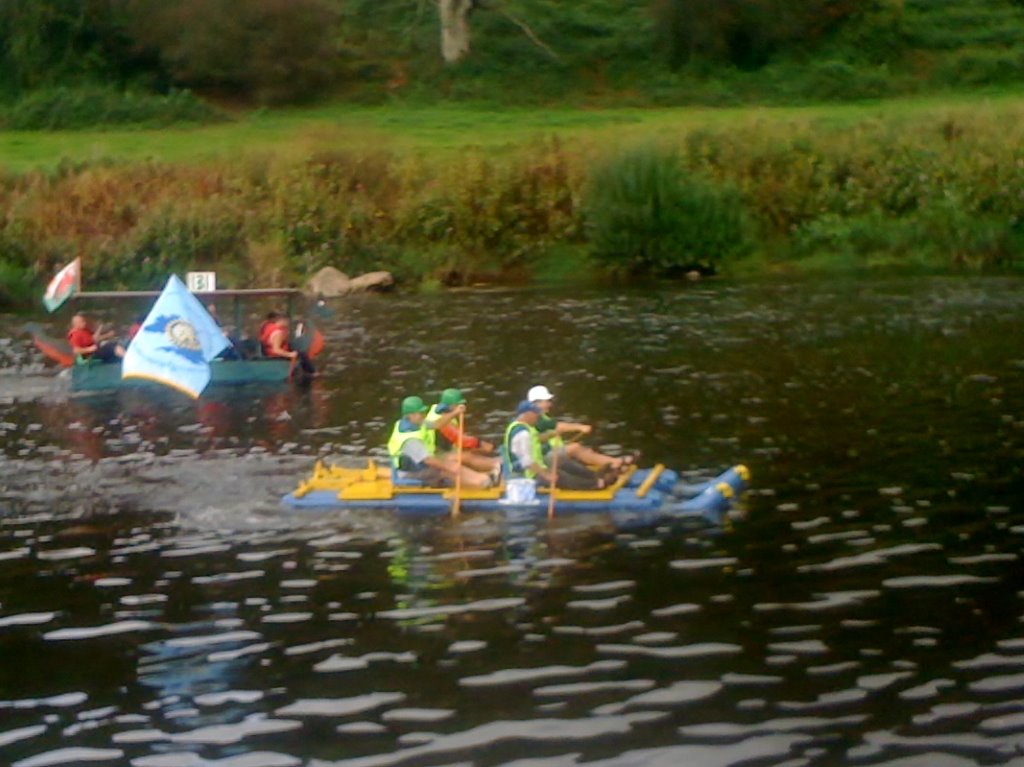 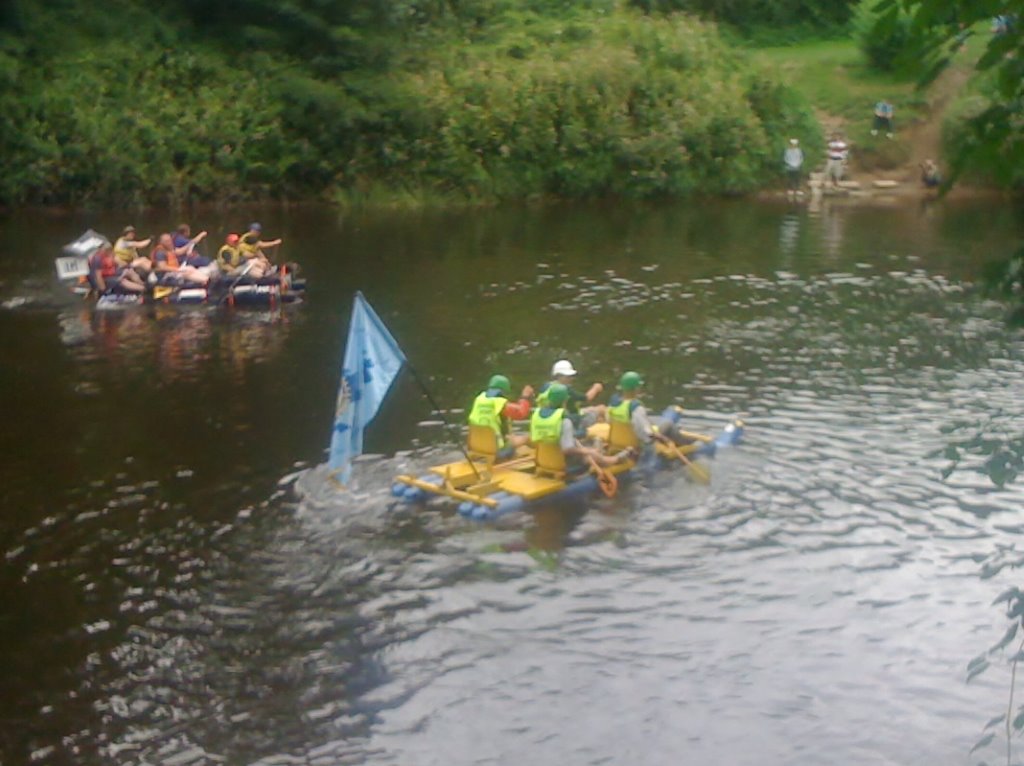 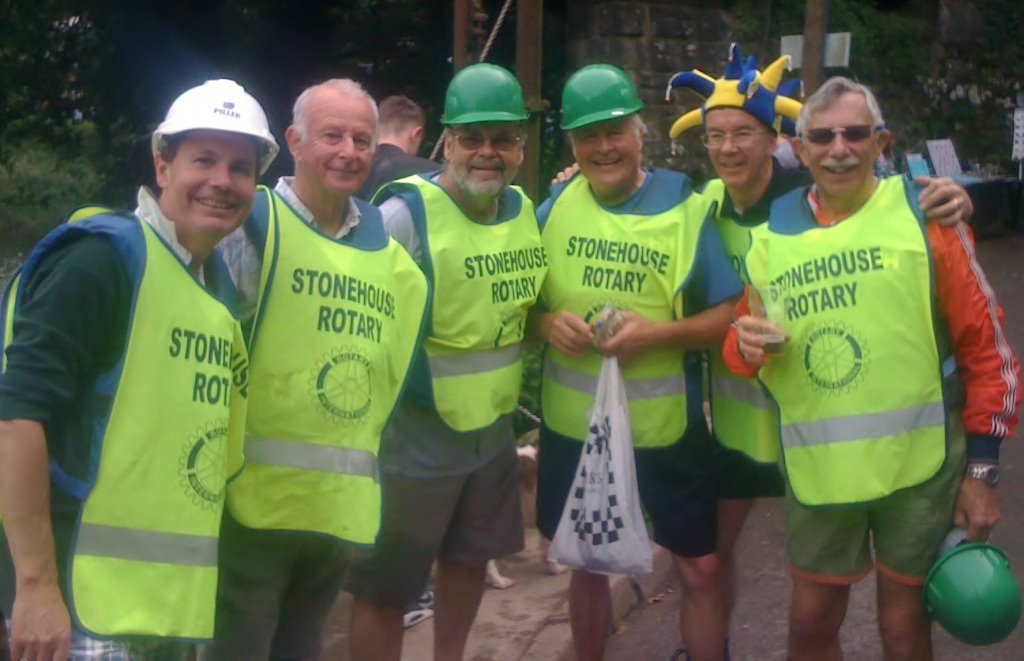 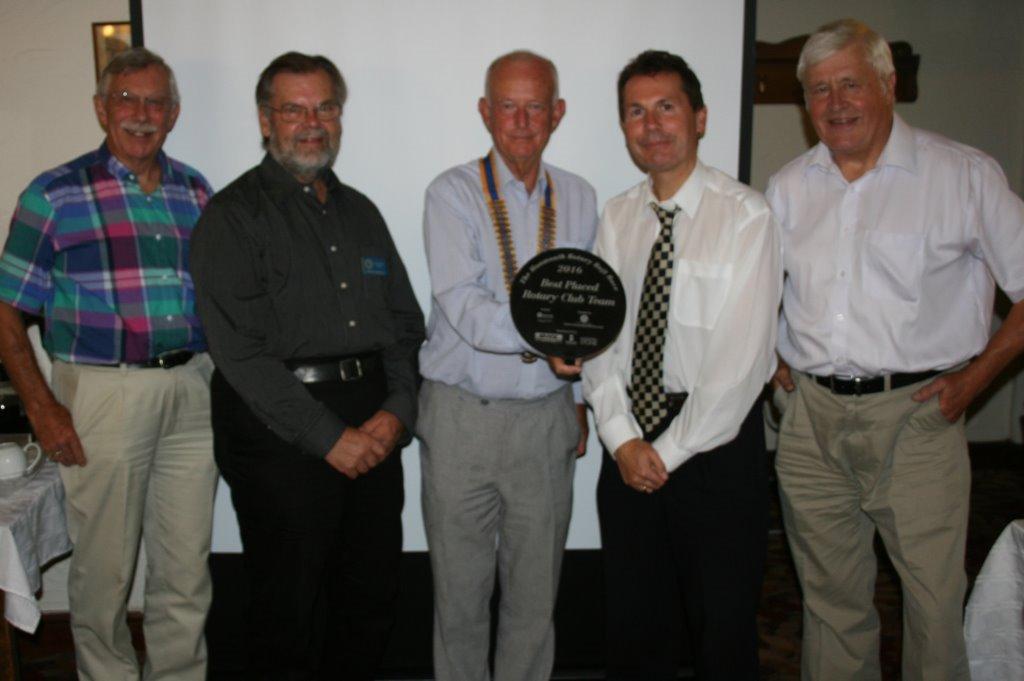 Well we did a lot better this year!

Having found the problems that caused us to crash out last year (lower L.H. pipe smashed by a rock and R.H. front curved pipe leak) we extensively modified our raft.    We were able to happily name it PIPE DREAMS (rather than last year’s -  PIPE NIGHTMARE).

We were obliged to chop off about six feet from the back end, thus shortening it by almost one third. At the same time reducing it to a four man craft rather than a six man one. This enabled it to maintain roughly the same draught and trim as before, but with the added bonus of making it a bit lighter for carrying around when out of the water.  We were able to verify all this during a practice run on Frampton Sailing Lake, a few days beforehand.

In order to ensure as far as possible that no water could possibly enter via the ends of the pipes, they were all plugged at each end, with a number of tightly inflated plastic footballs.   Three at each end of the upper pipes, four at each end of the lower pipes and one in each end of the front curved pipes.   This ‘belt and braces’ approach meant that the only way water could get in, would have to be via a pipe rupture.  Still, as that is what did happen to the TITANIC, there were no guarantees it couldn’t happen to us, as the river Wye is notoriously rocky.  However, enough of the technical bit.

Despite the weather of the previous day, Sunday dawned fair and looked to be promising.  The River Wye  level seemed a little higher than last year but with a fairly useful current speed.

Your hardy rafters comprising skipper John, plus Derek, Julian, Lawrie and myself and most importantly, our logistics manager and honorary Rotarian for the day, Hugh Murray, were all raring to go.   Out of 93 entries, we were the second raft into the water and got off to a cracking start.  The upside to this was that for most of the race, there was no one in front of us.  However, the downside was that all the spectators on the bridges, were well stocked up with eggs, flour and water bombs and just champing at the bit to test their aiming skills, on the first craft that came along.  We probably took enough missiles to make a reasonable pancake.

As there were five crew members but only four seats, skipper John suggested we stop en route  at the riverside pub, for a ‘baton change’.    Roughly translated, this meant beaching the raft, dash ashore to down pints of beer, take photos, brush off a few egg shells and implement out a crew member sustitute, for the remainder of the trip.

There is nothing that rules out a crew member change.   Accordingly, Lawrie took over from me, so that Hugh and I could continue on to the finish, to be the welcoming committee. 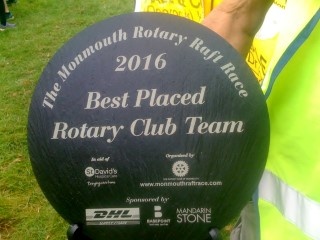 The team completed the race in fine style and in a very respectable time, including the ‘beer break’.  The raft survived being tugged out of the river and the only time the crew got wet, was when they were well and truly splashed, by a rival raft, at the finishing line.   We achieved our objective of staying afloat and finishing, rather than necessarily clocking any sort of time record.   We were presented with the trophy for the Best Placed Rotary Club.    Well deserved, in my view, as we were the only Rotary Club that bothered to enter a team.

Well that is that for this year, unless we enter the COTSWOLD CANALS TRUST RAFT RACE in October.

To see more detail of the event - click here.

Please have a look at the attached pictures.