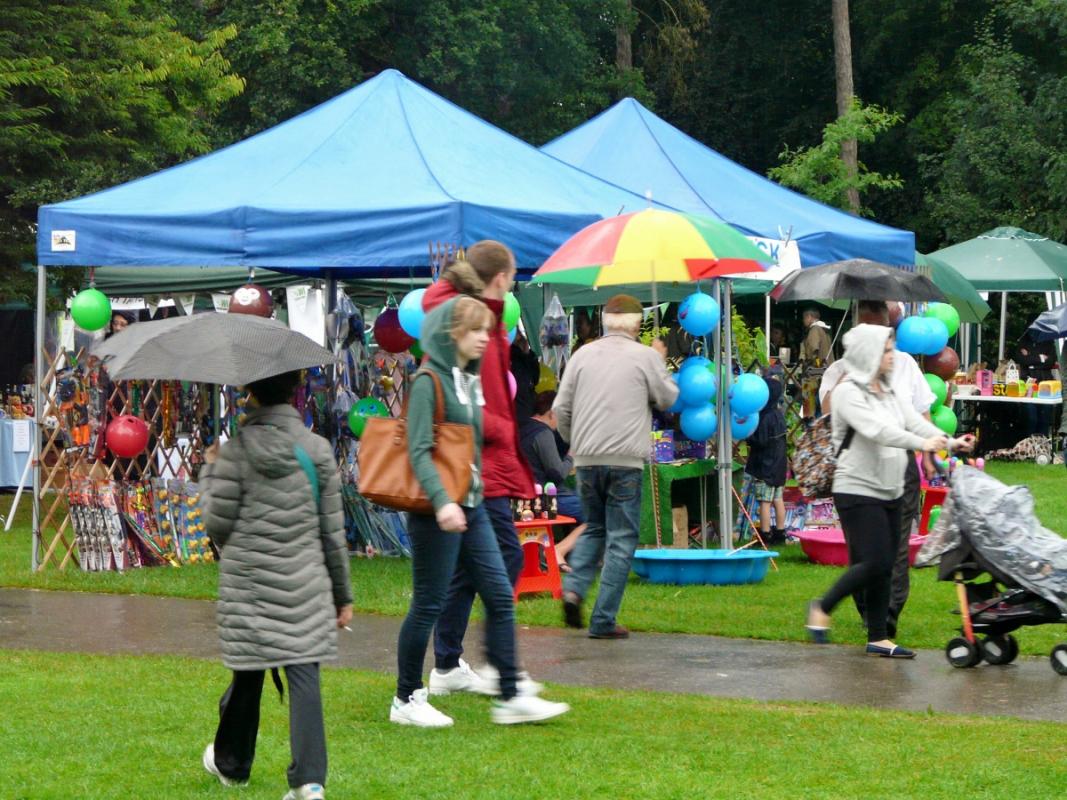 A damp and soggy day in the Memorial Park 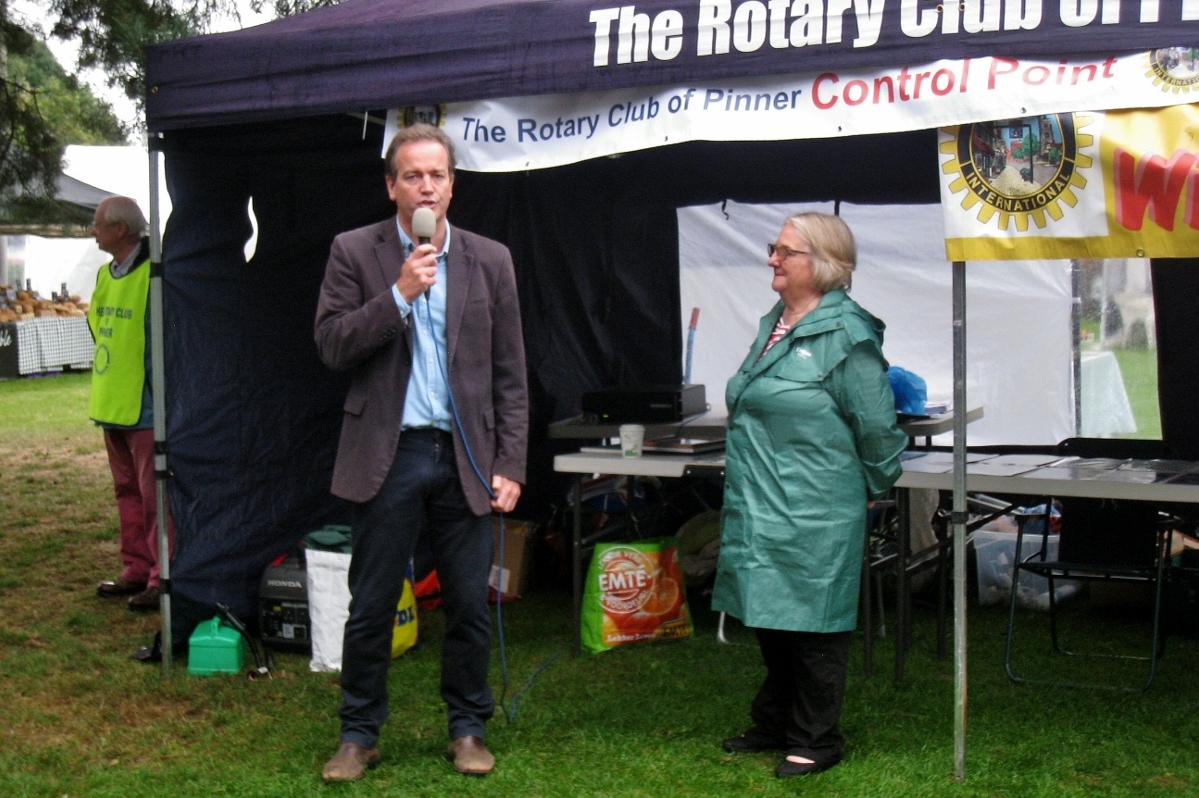 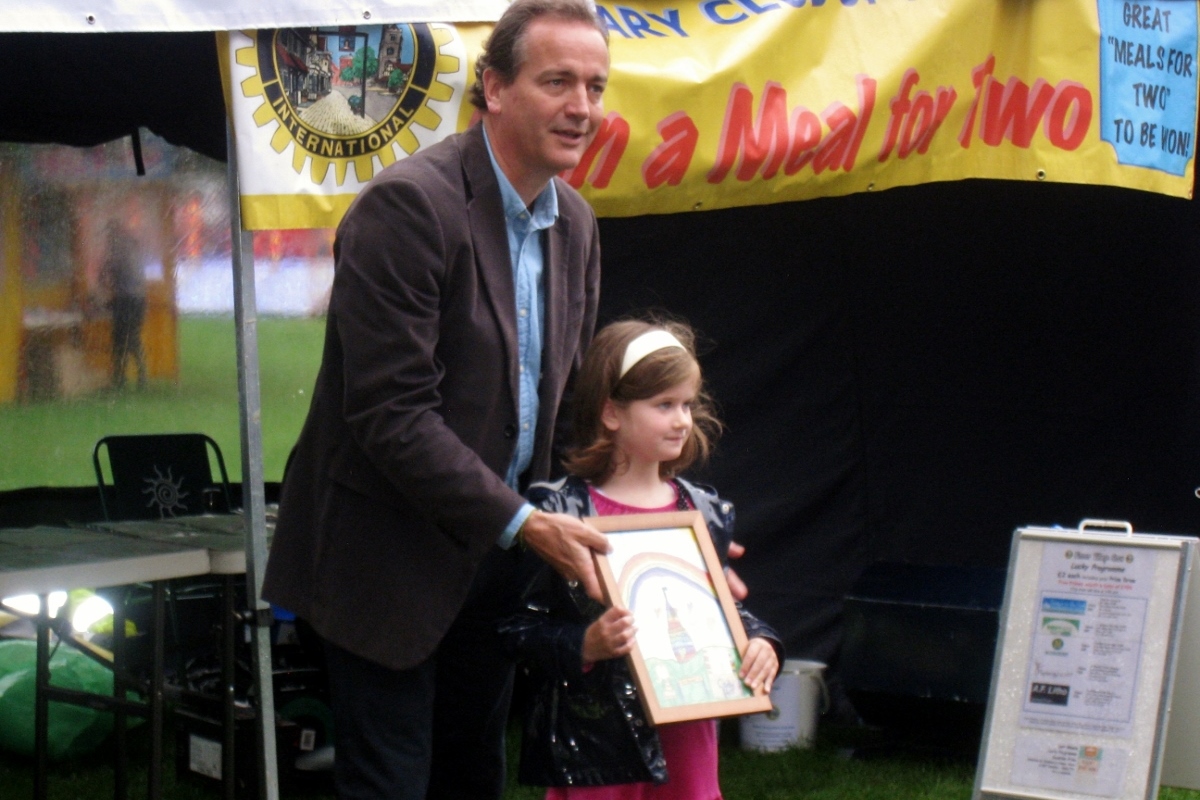 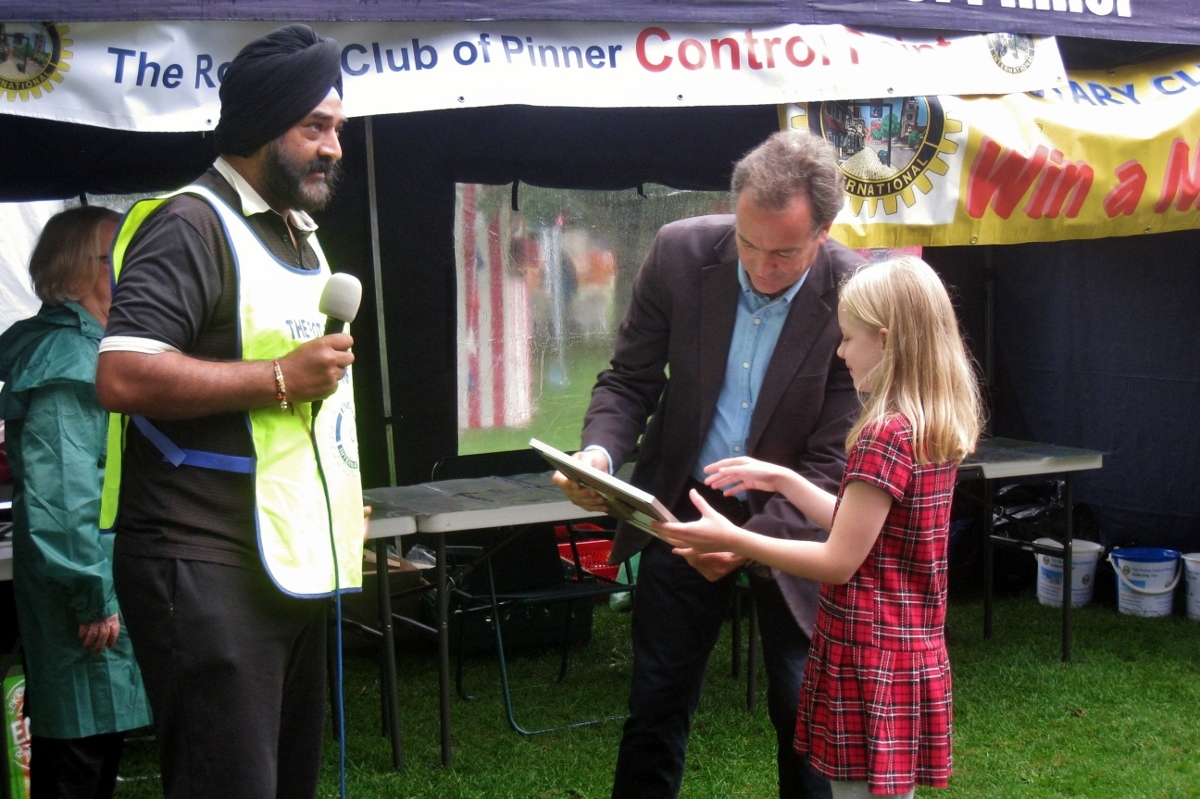 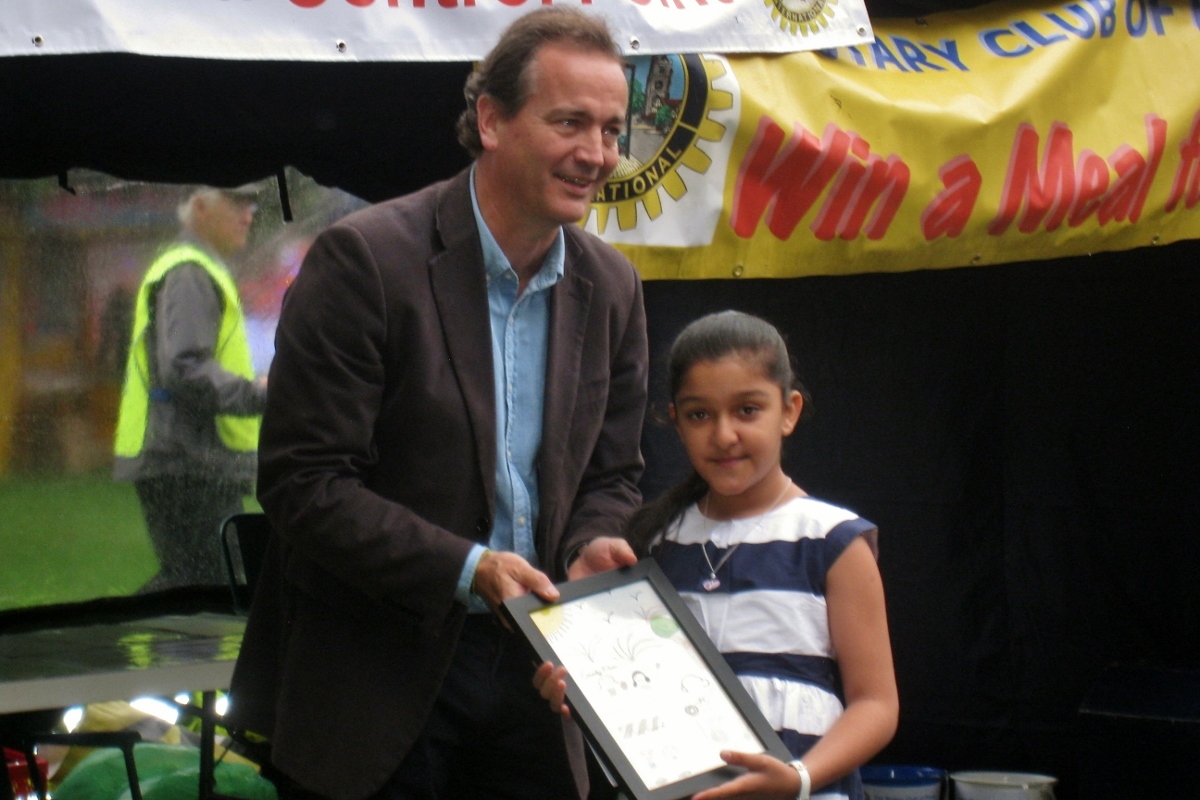 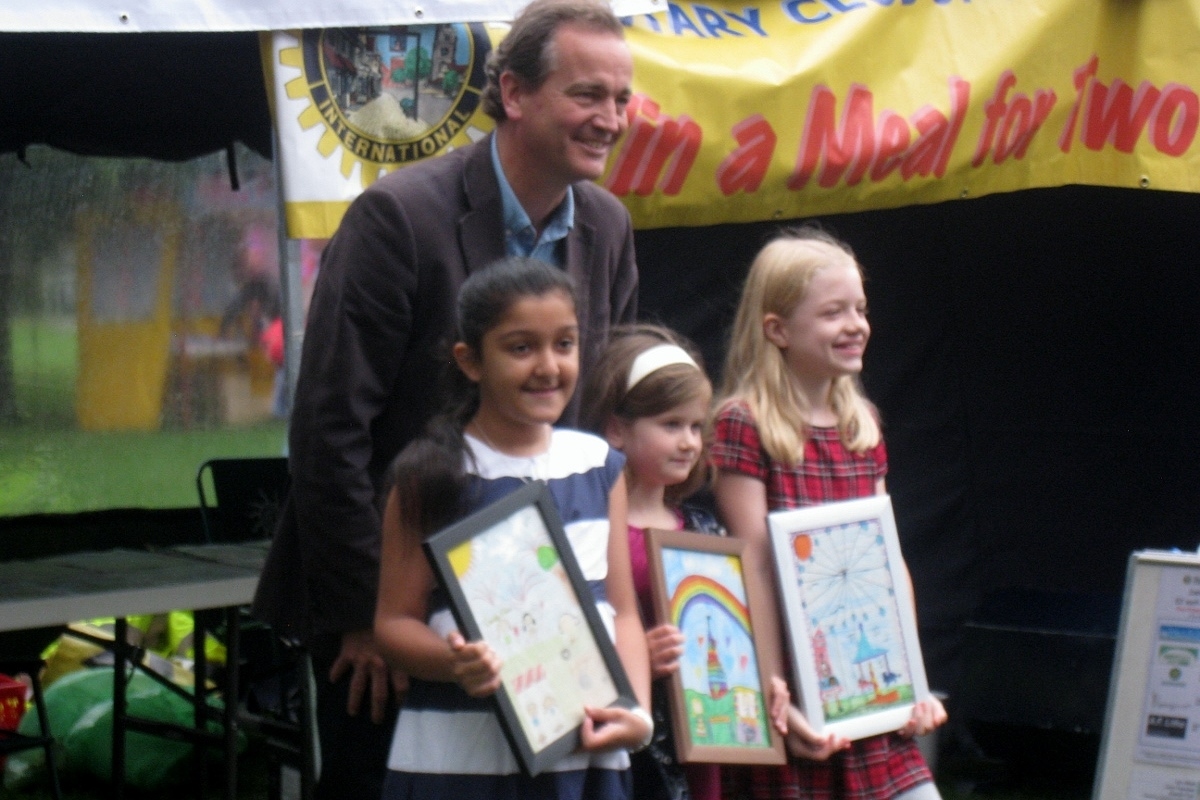 All smiles from the talented pupils from Cannon Lane Primary School 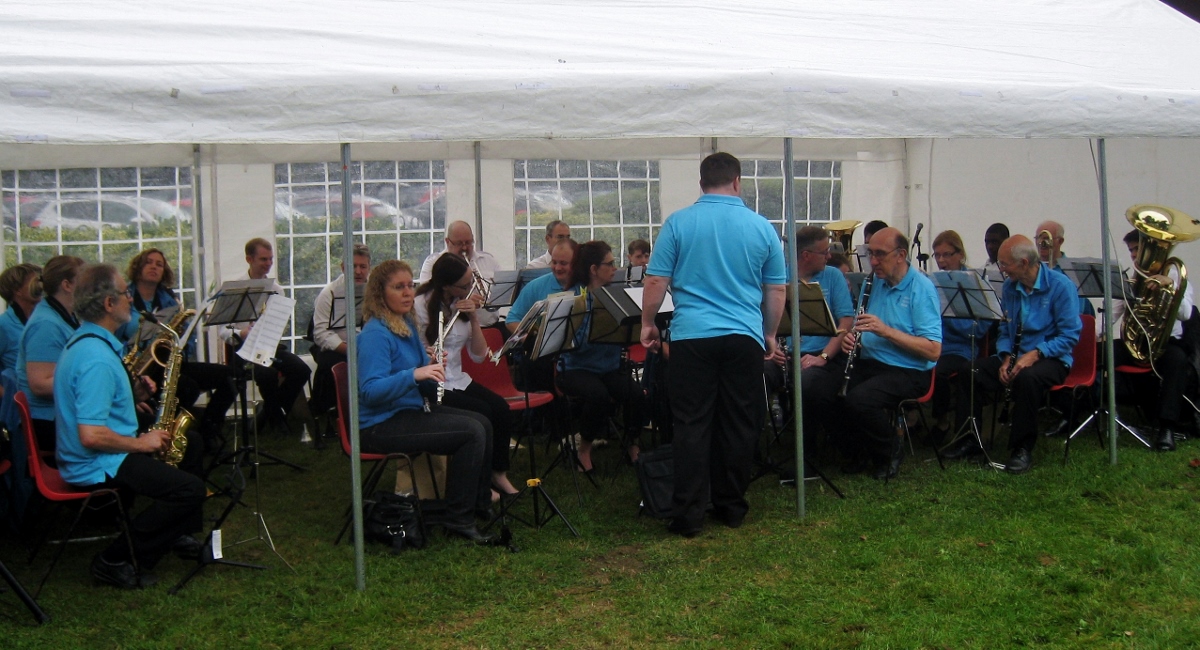 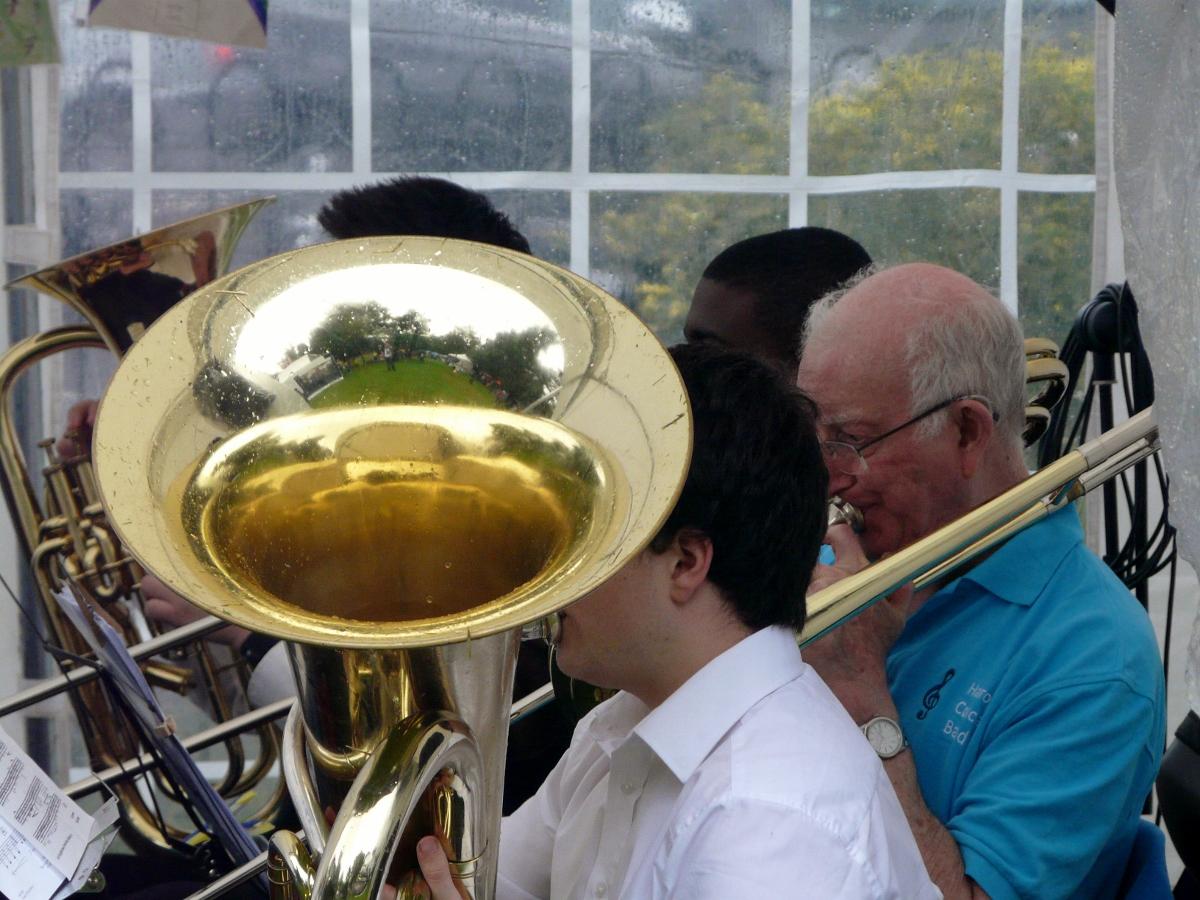 On reflection one of the brighter moments of the day 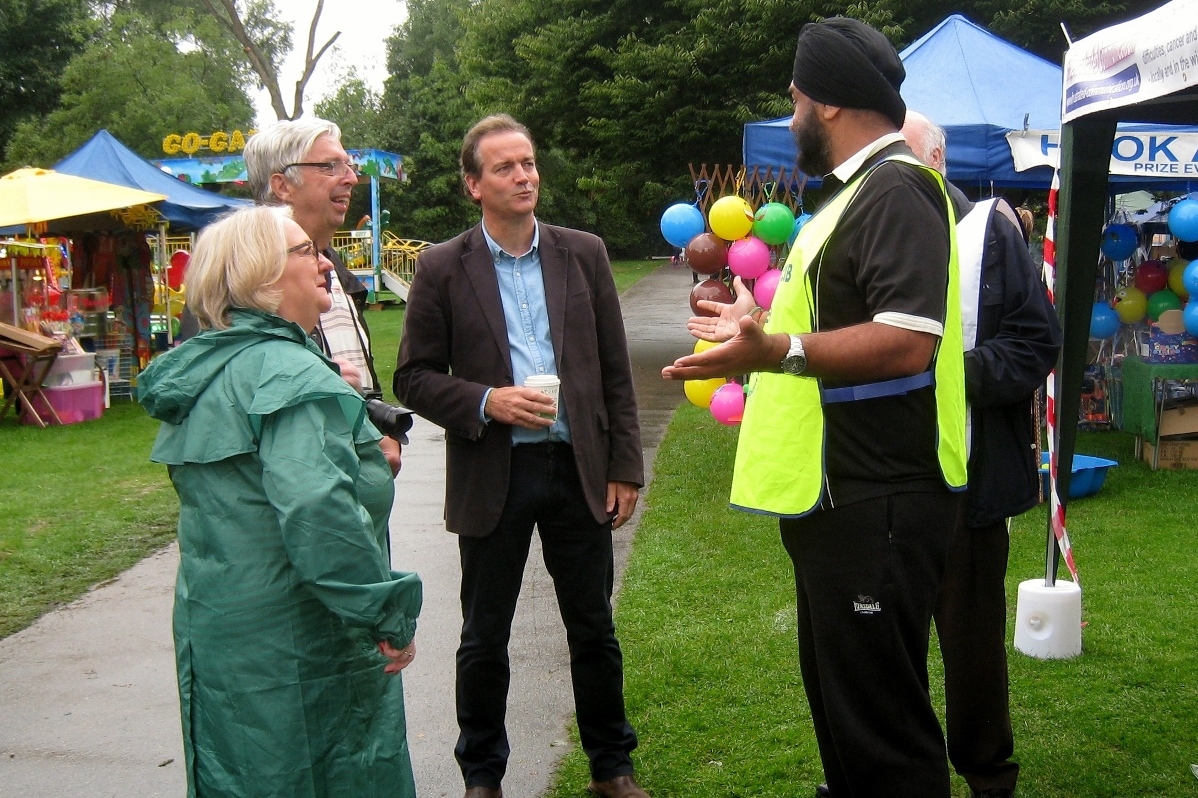 Nick Hurd MP with some of the organisers 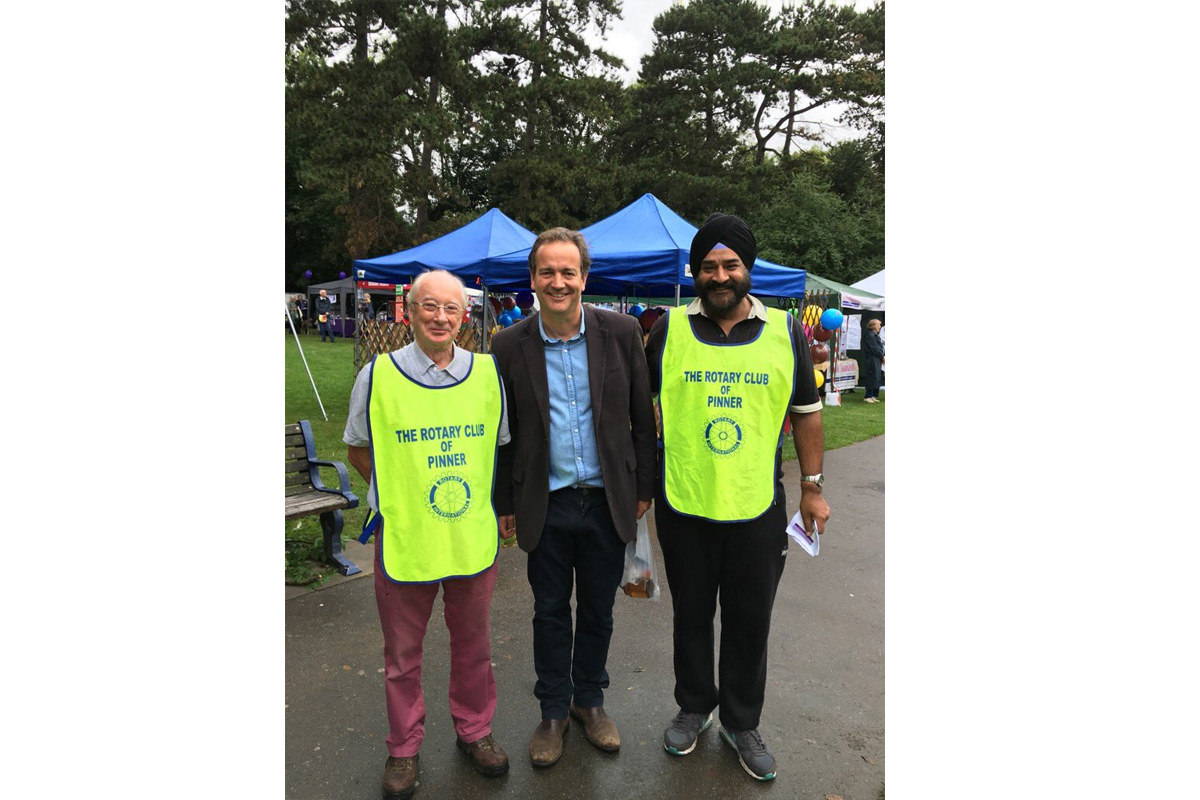 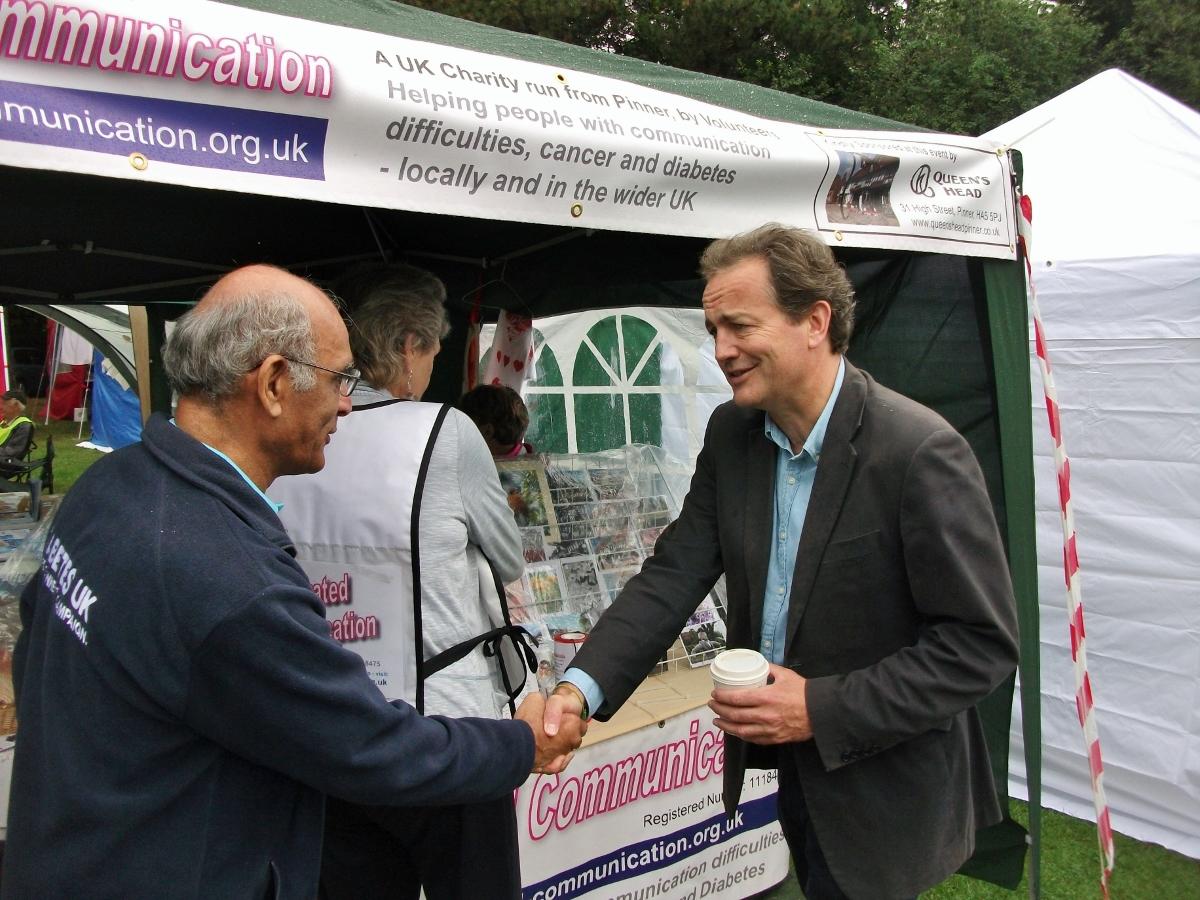 Nick Hurd, MP, greeting Prakash Chavda, a Diabetes UK volunteer on the "If in Doubt ... Check it Out" stall of Frustrated Communication 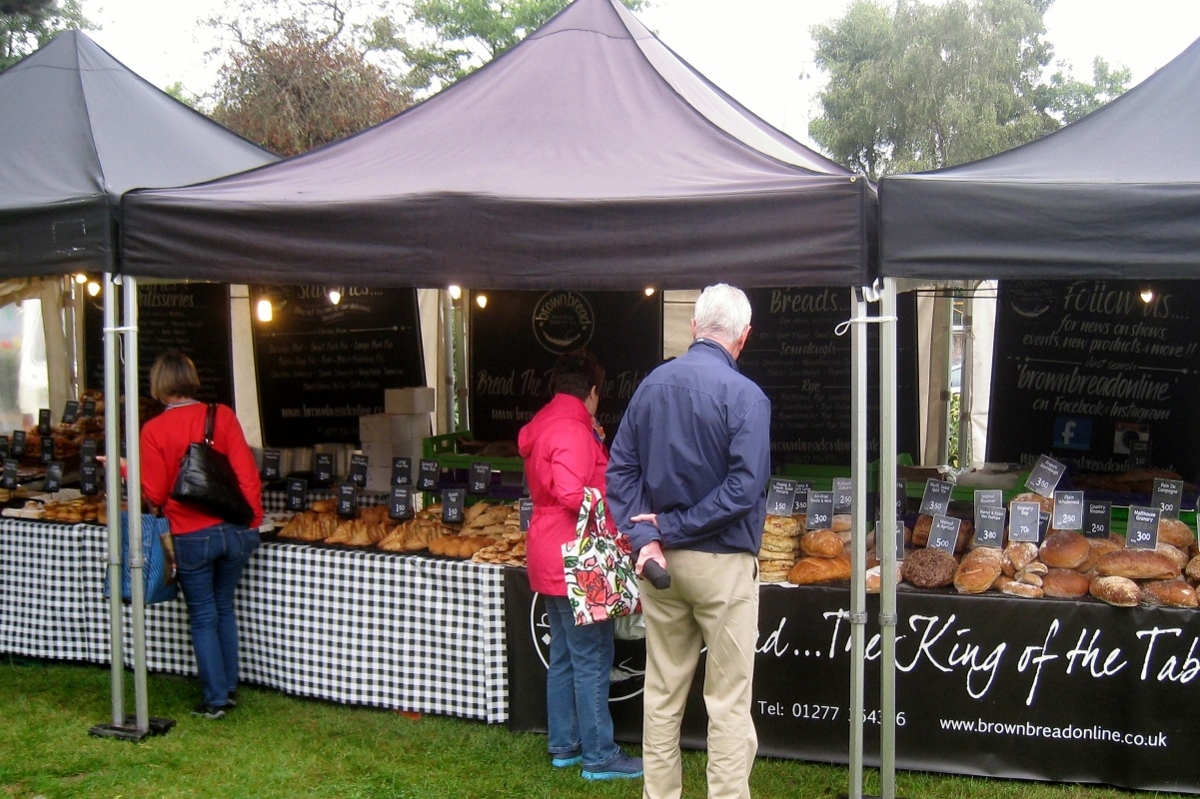 Tasty bread to tempt from the Brown Bread Company 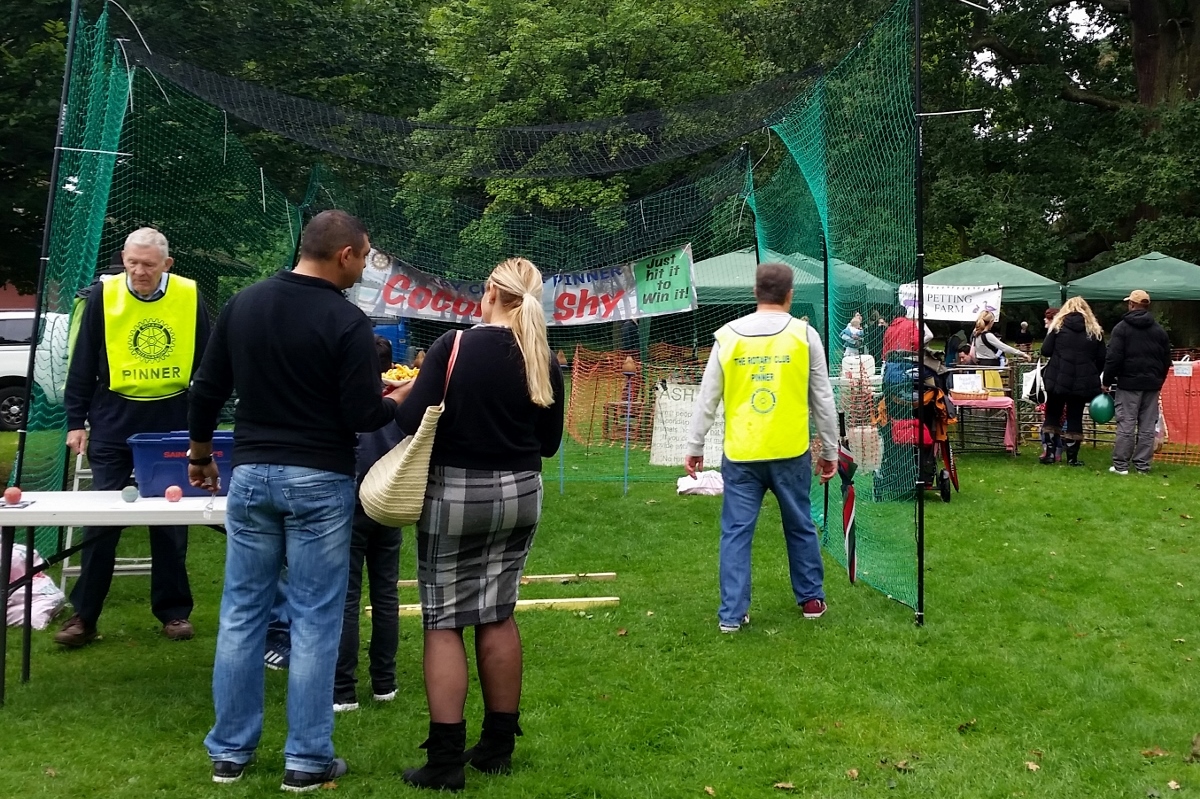 Trying their hand at the coconut shy 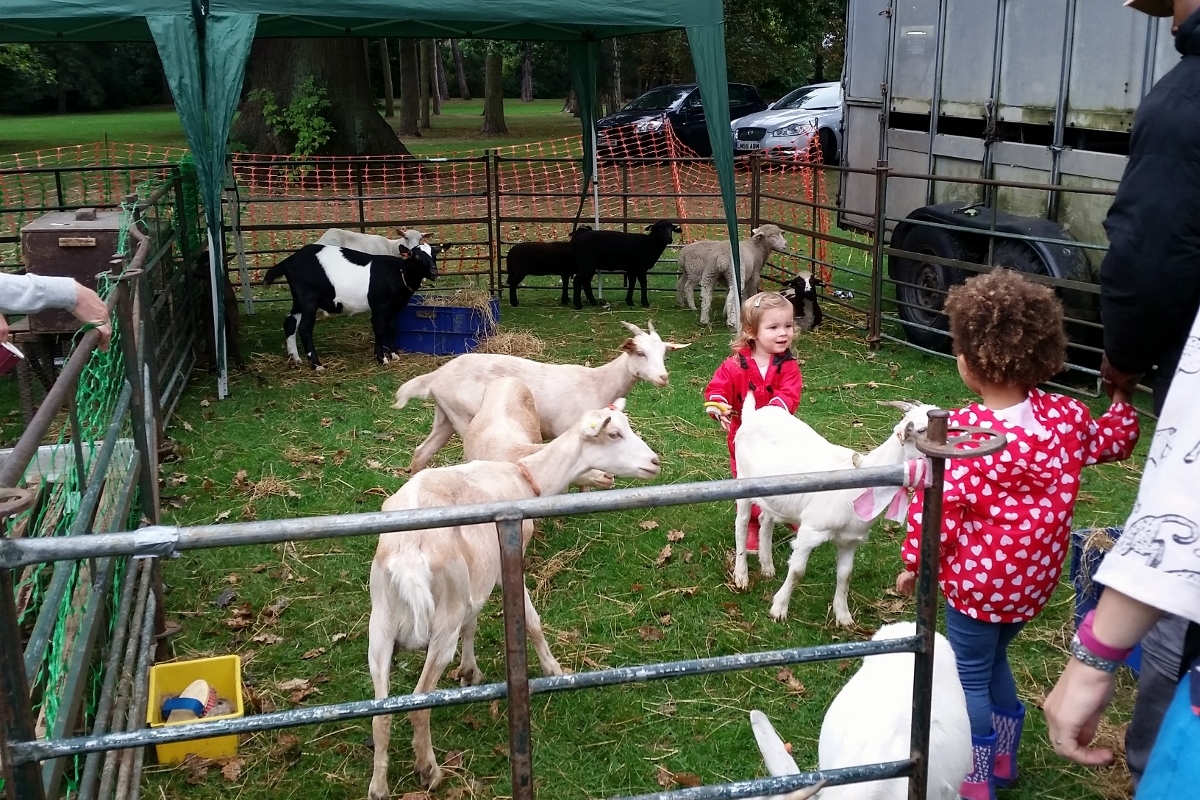 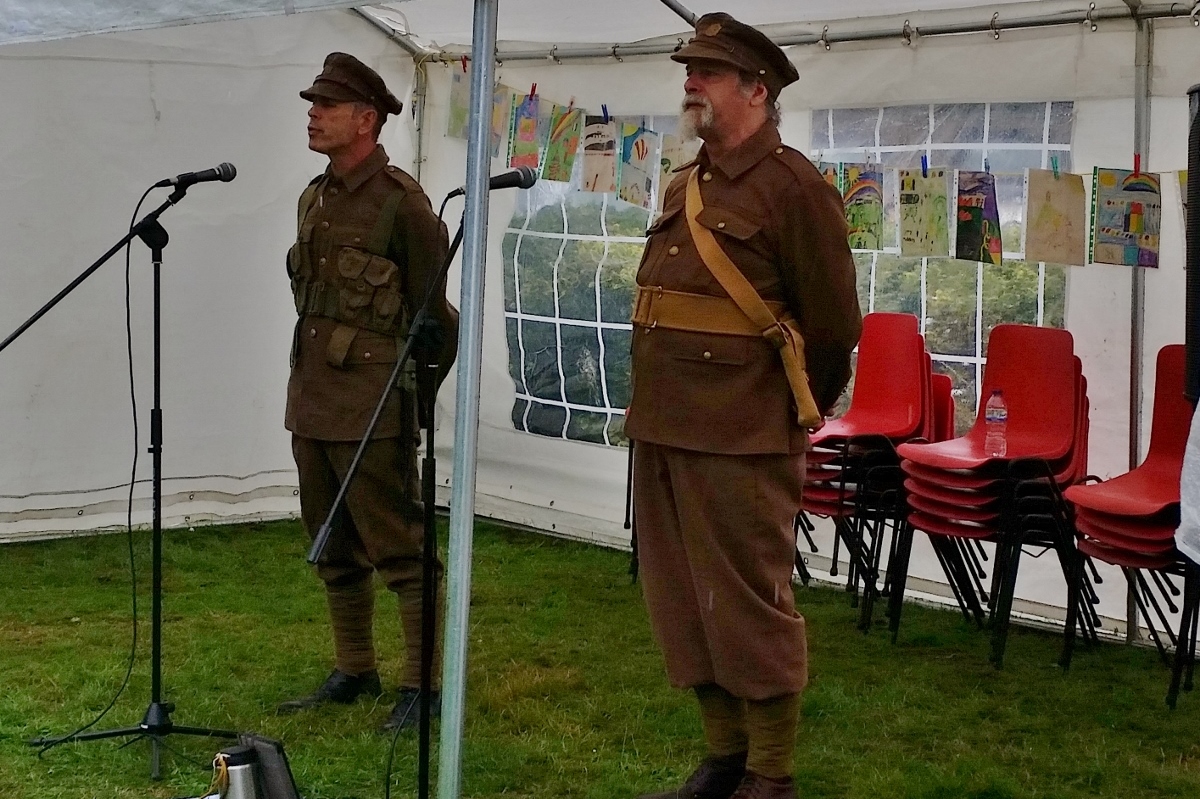 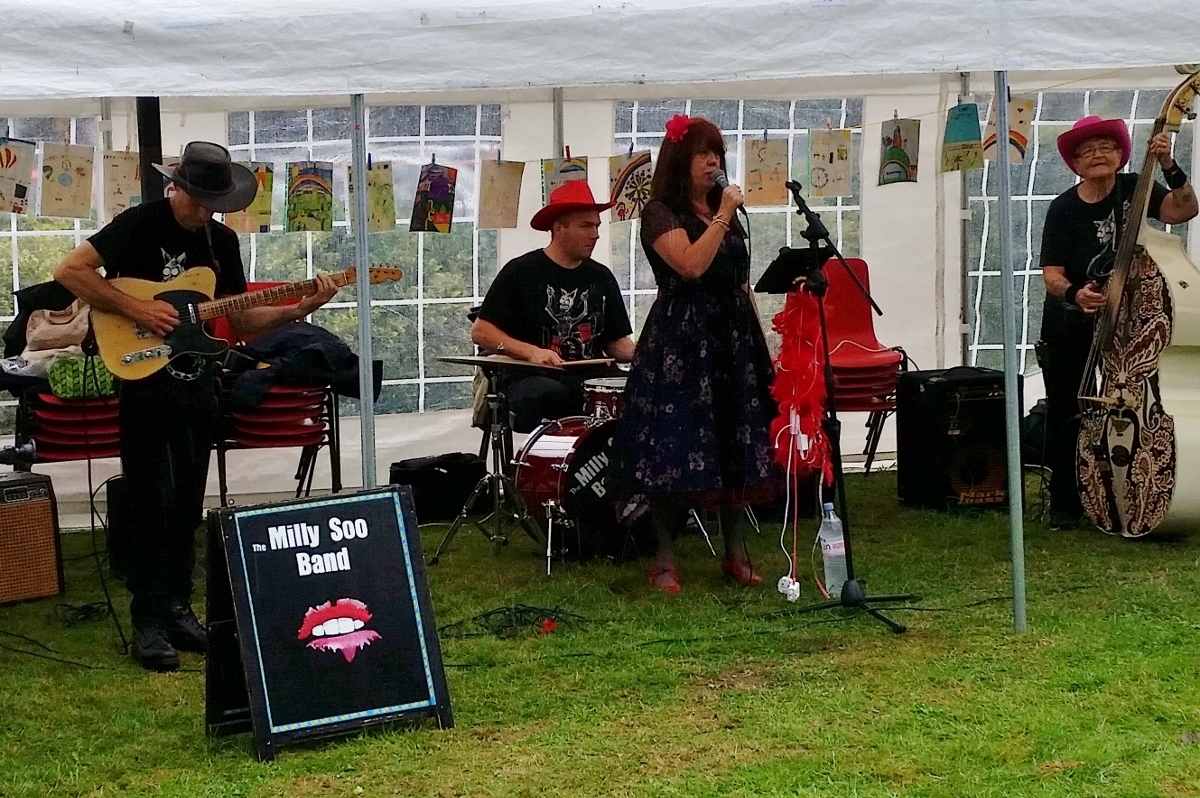 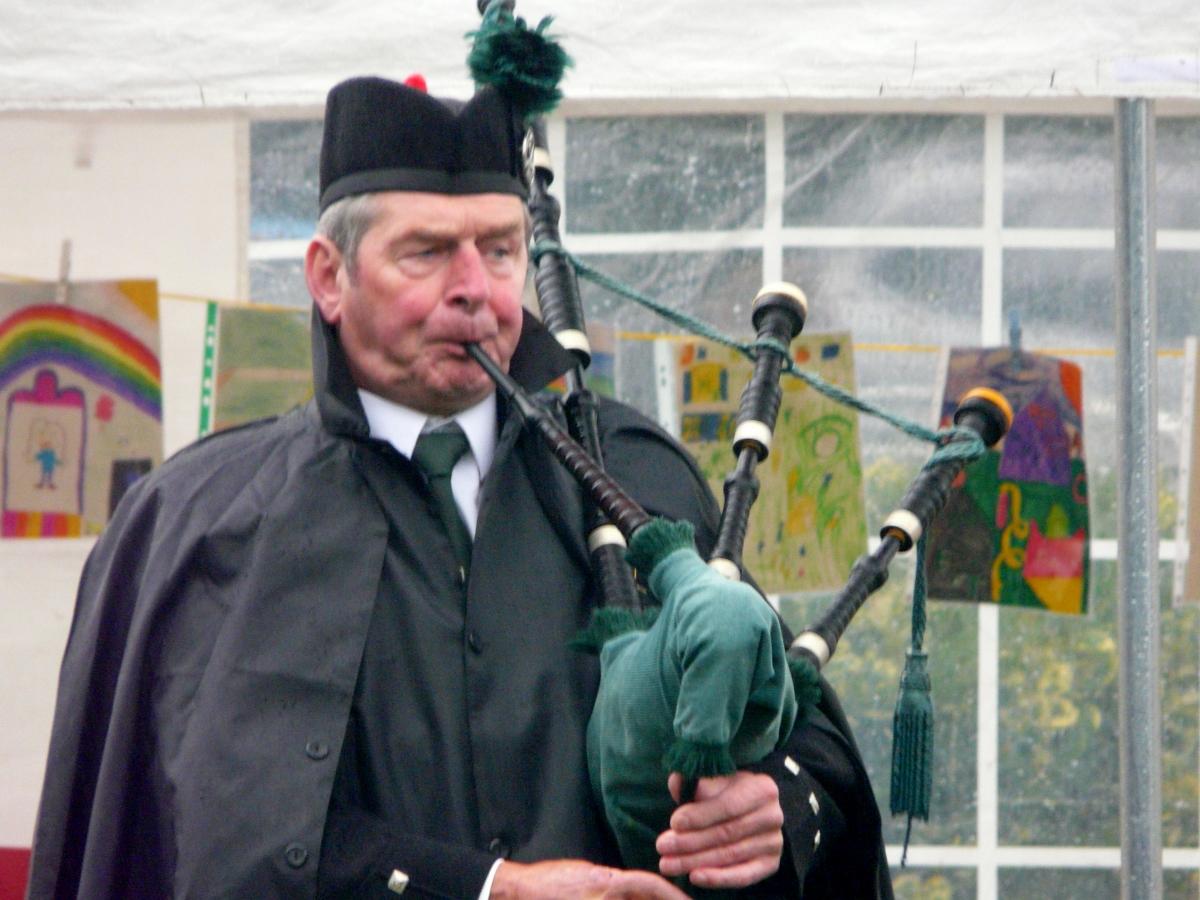 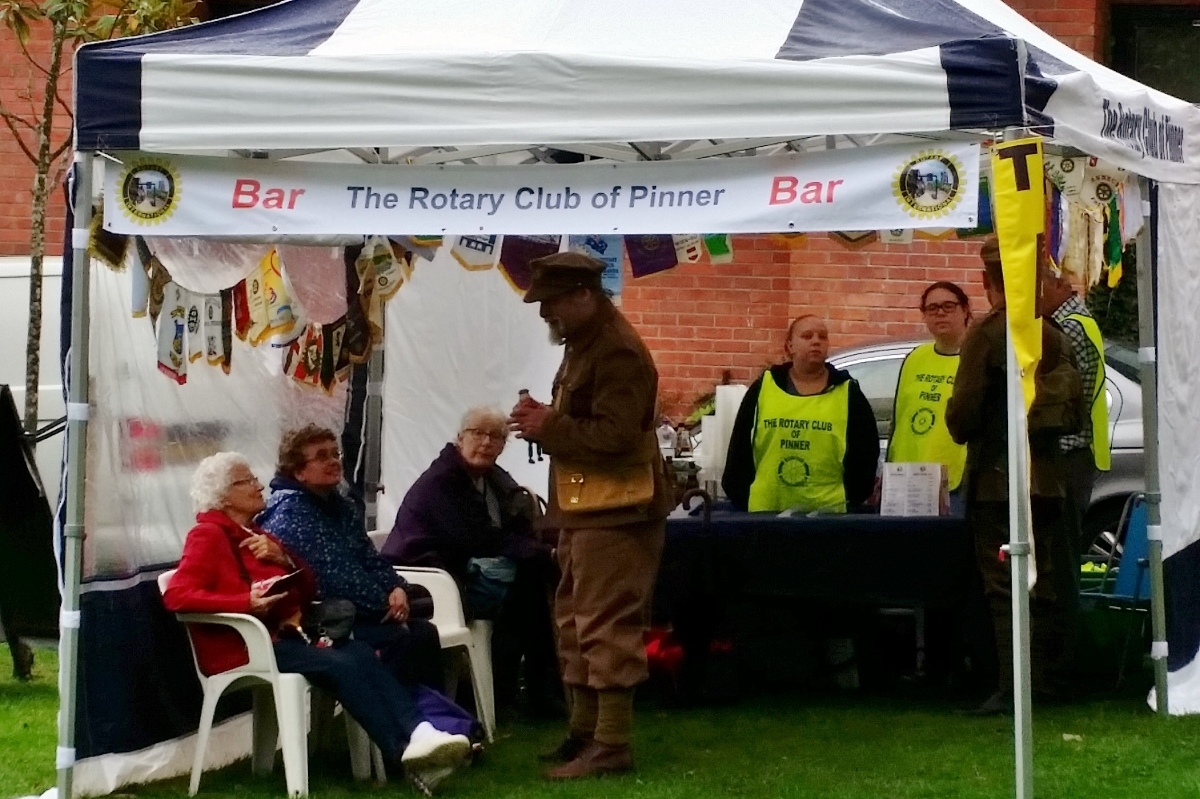 Welcome shelter at the bar 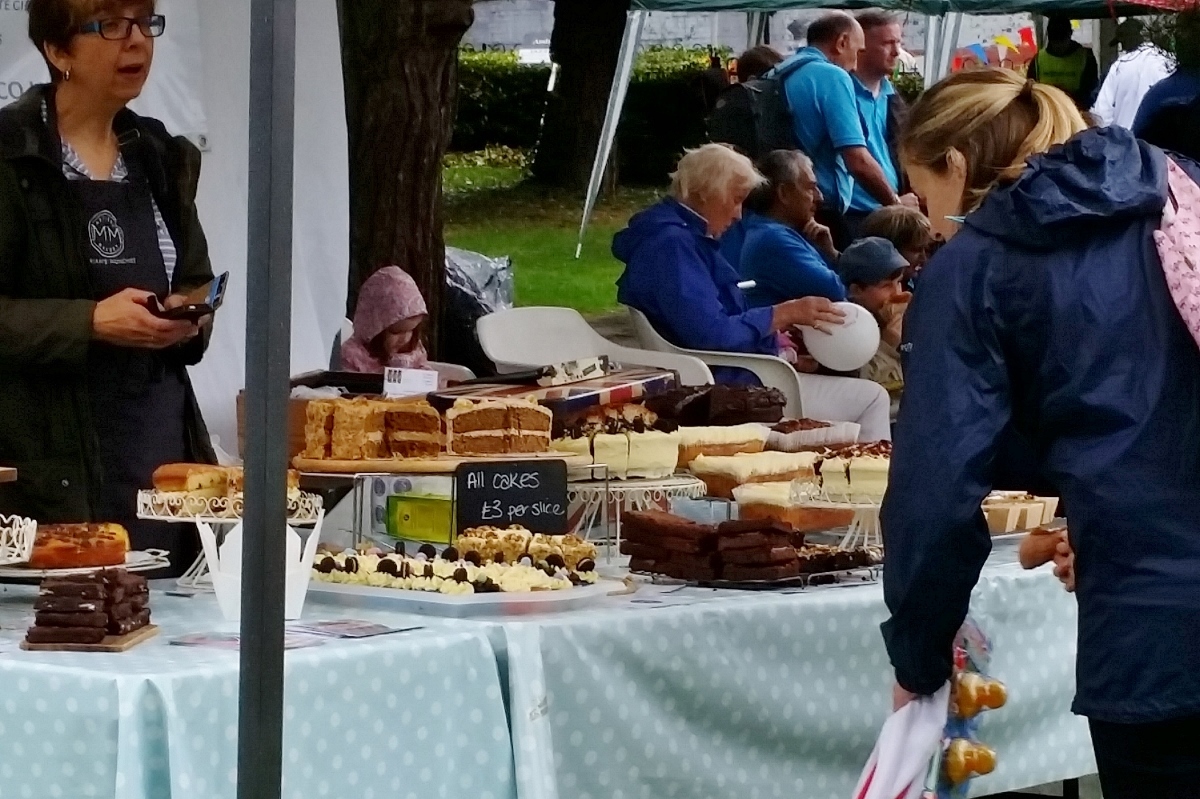 Cakes to tempt from Miriam's Munchies 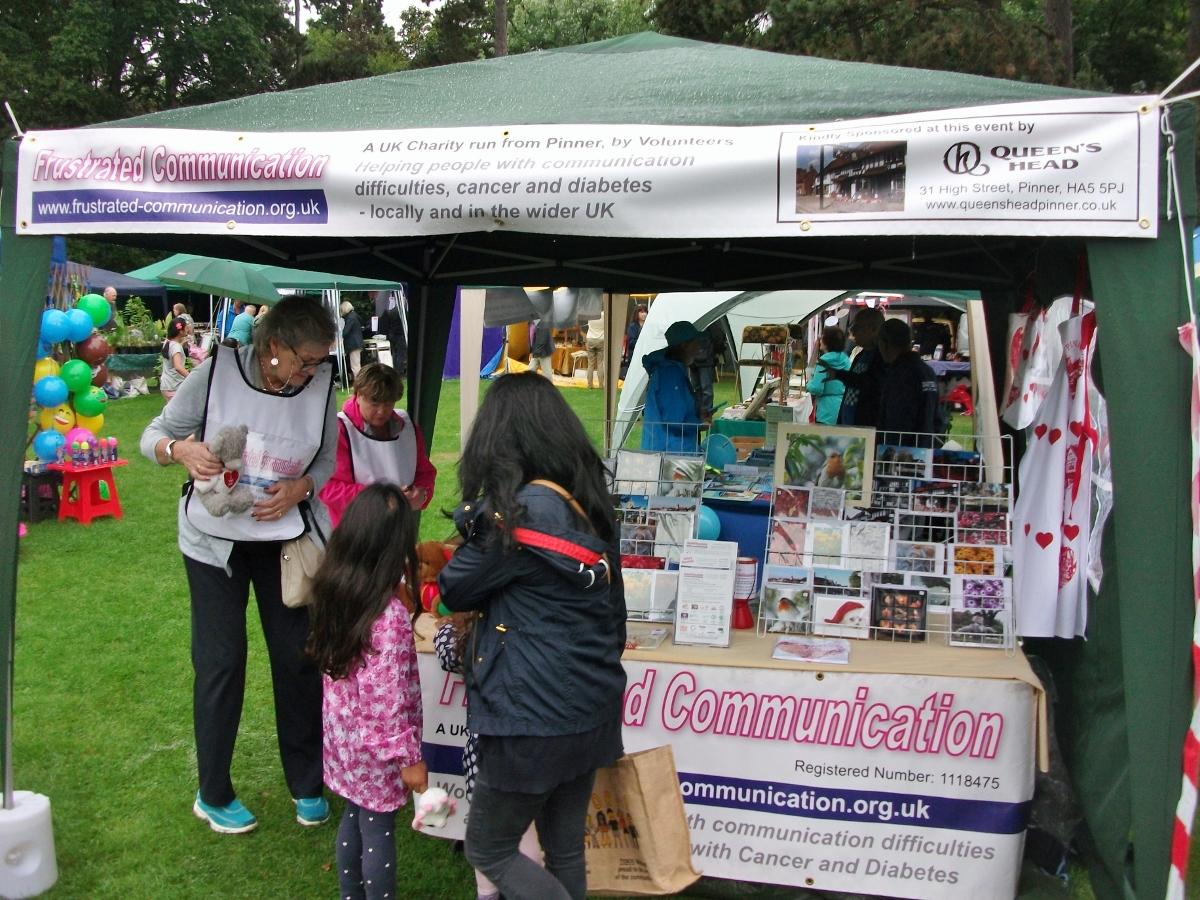 Sheltering from the rain ... Oh what's this? 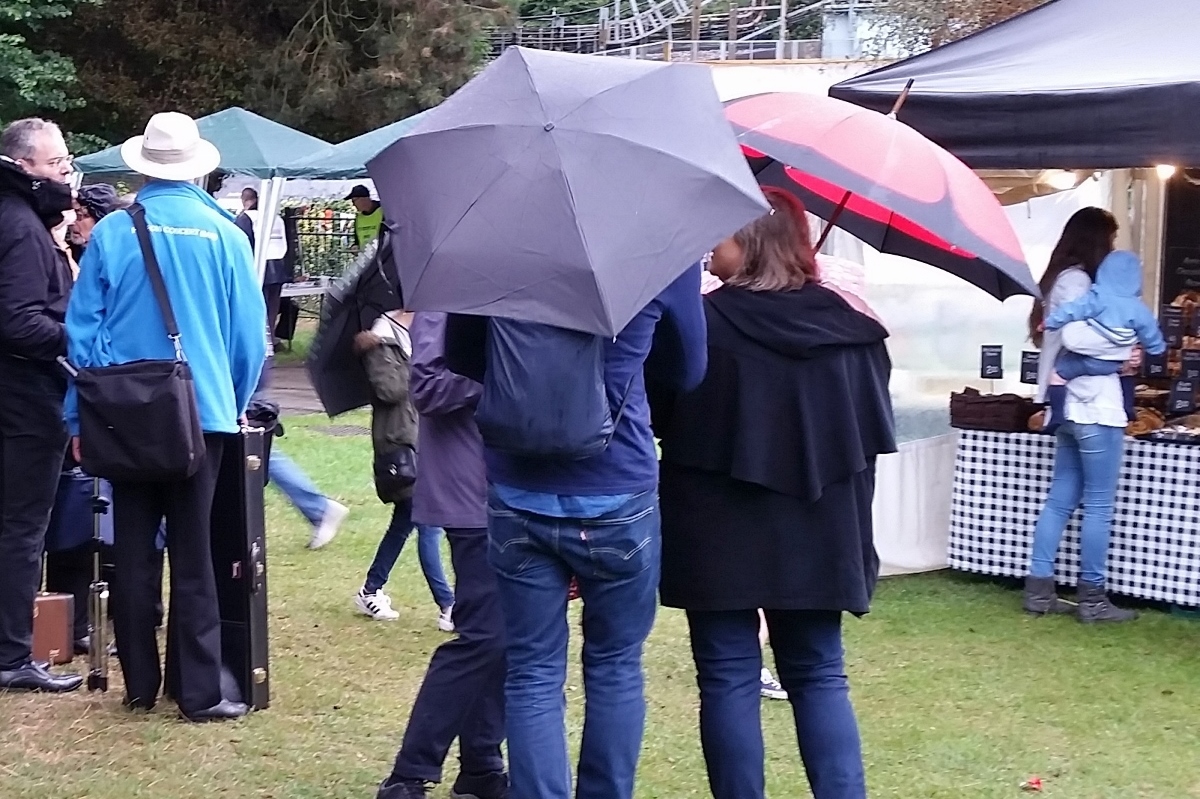 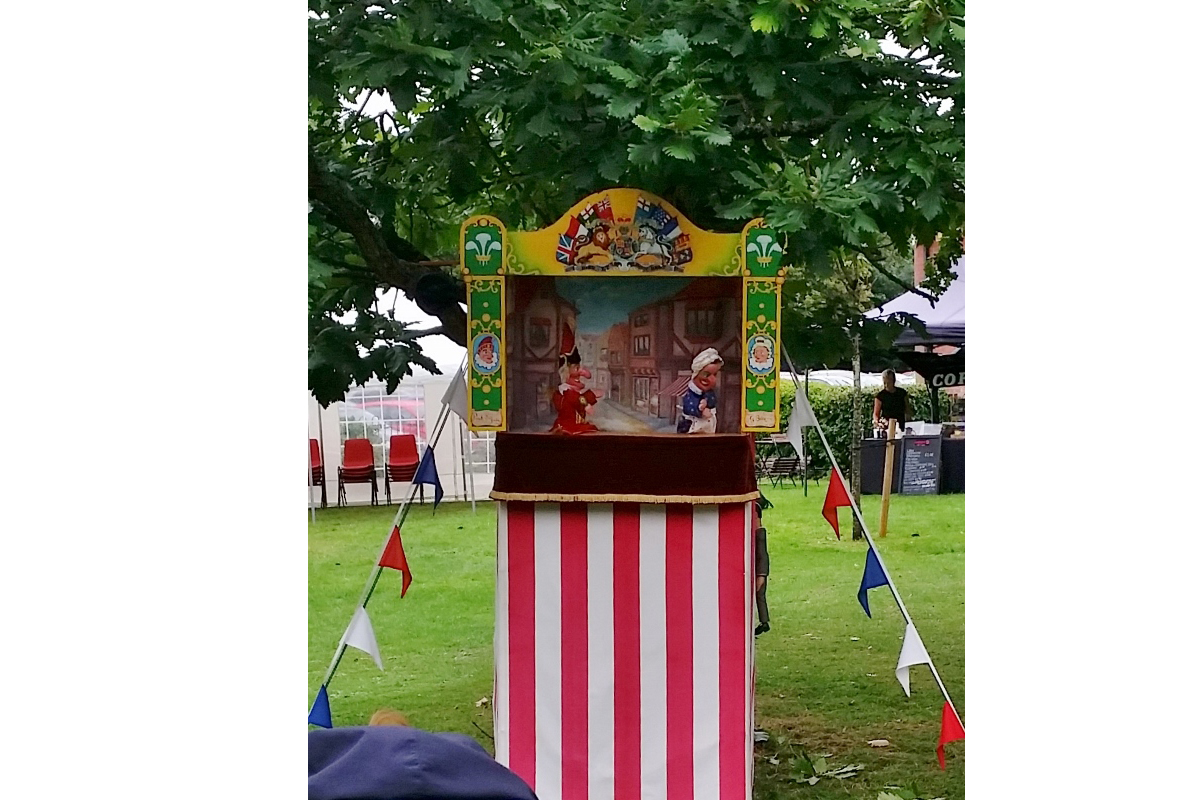 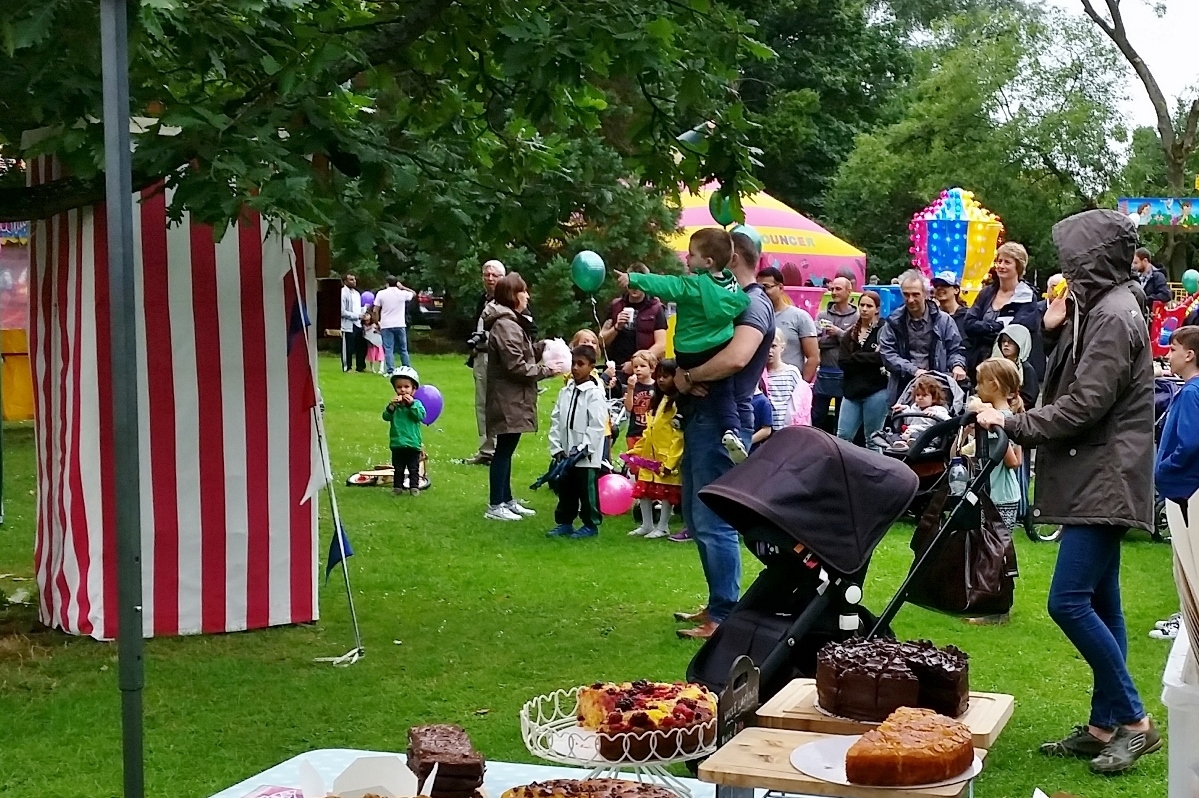 No sitting on the grass this year! 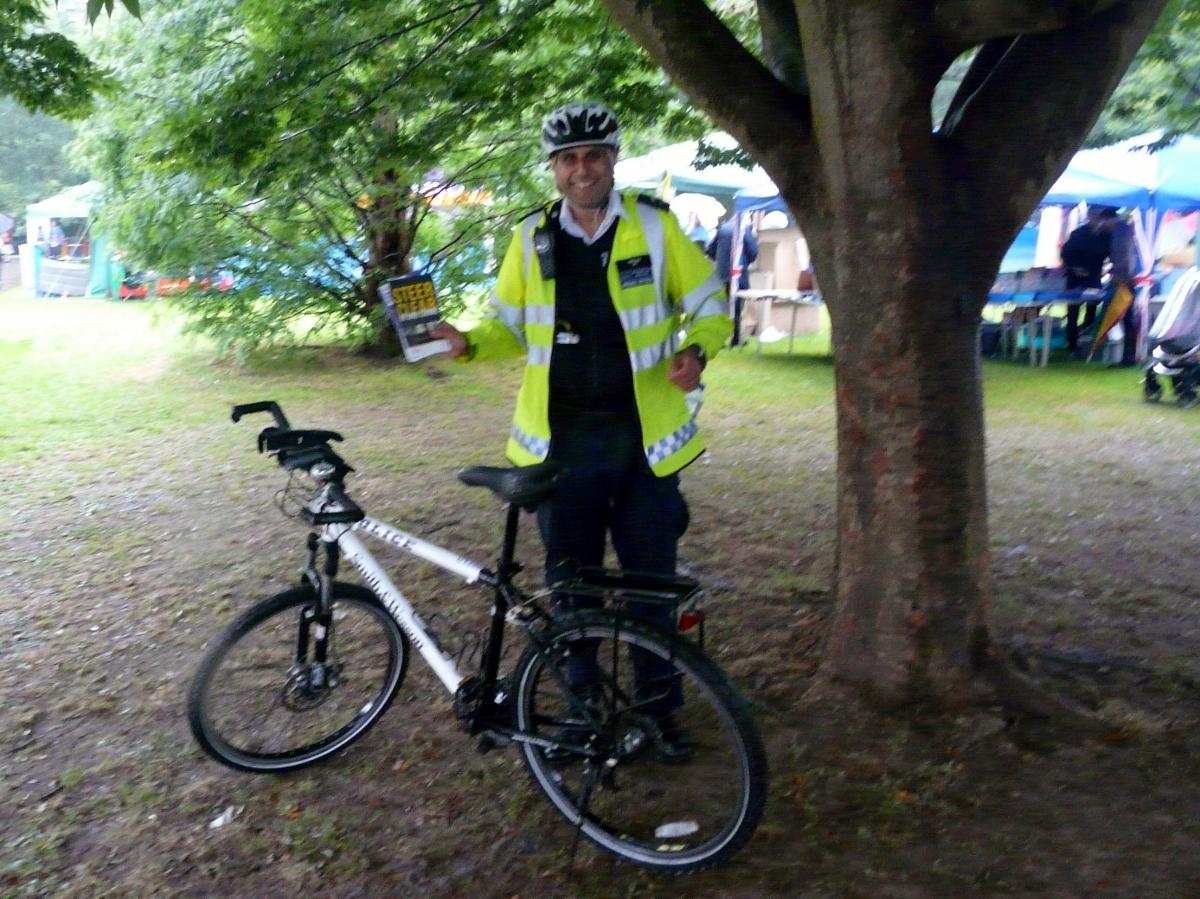 Constable Babur Aziz, one of our Pinner Police Team, - helping to prevent bike theft and handing out leaflets - "Steer Clear of Bike Crime" 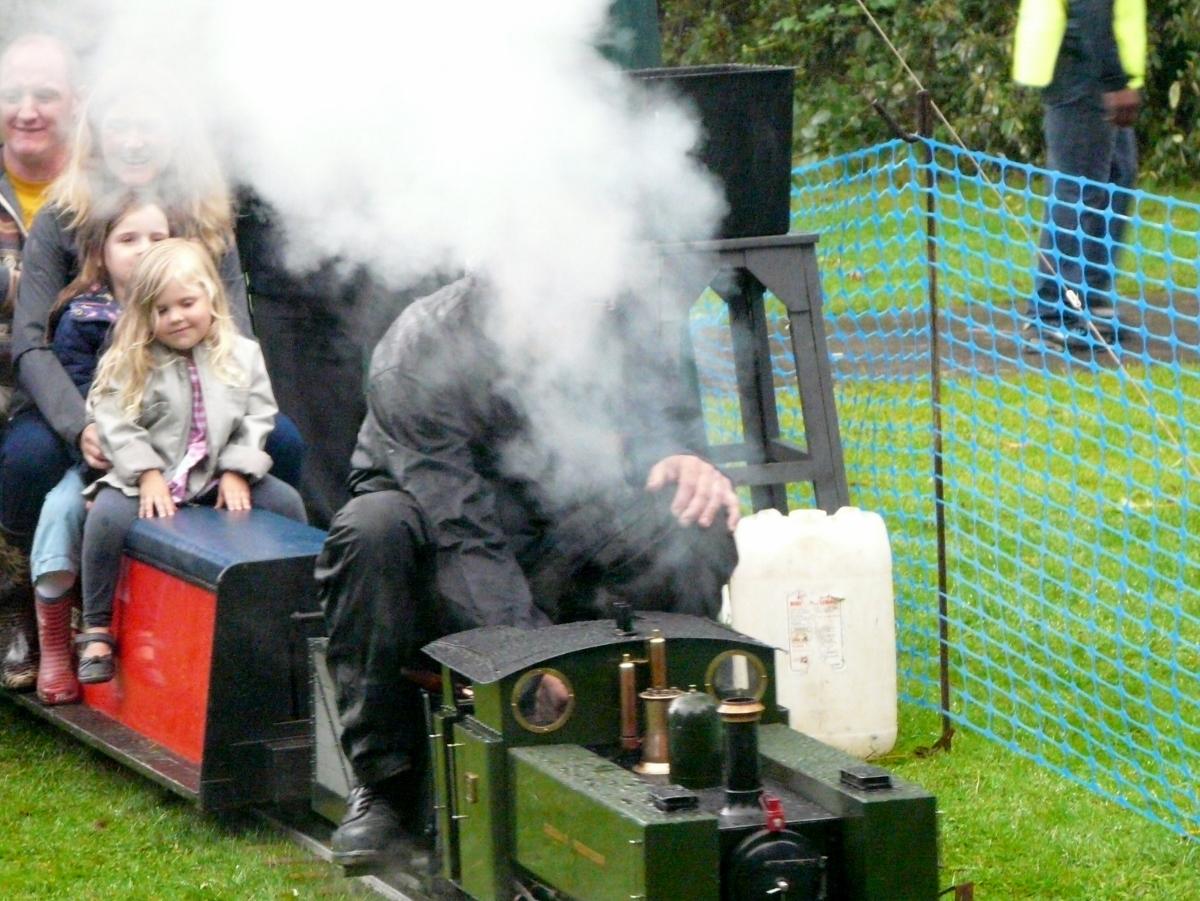 The ever popular steam train 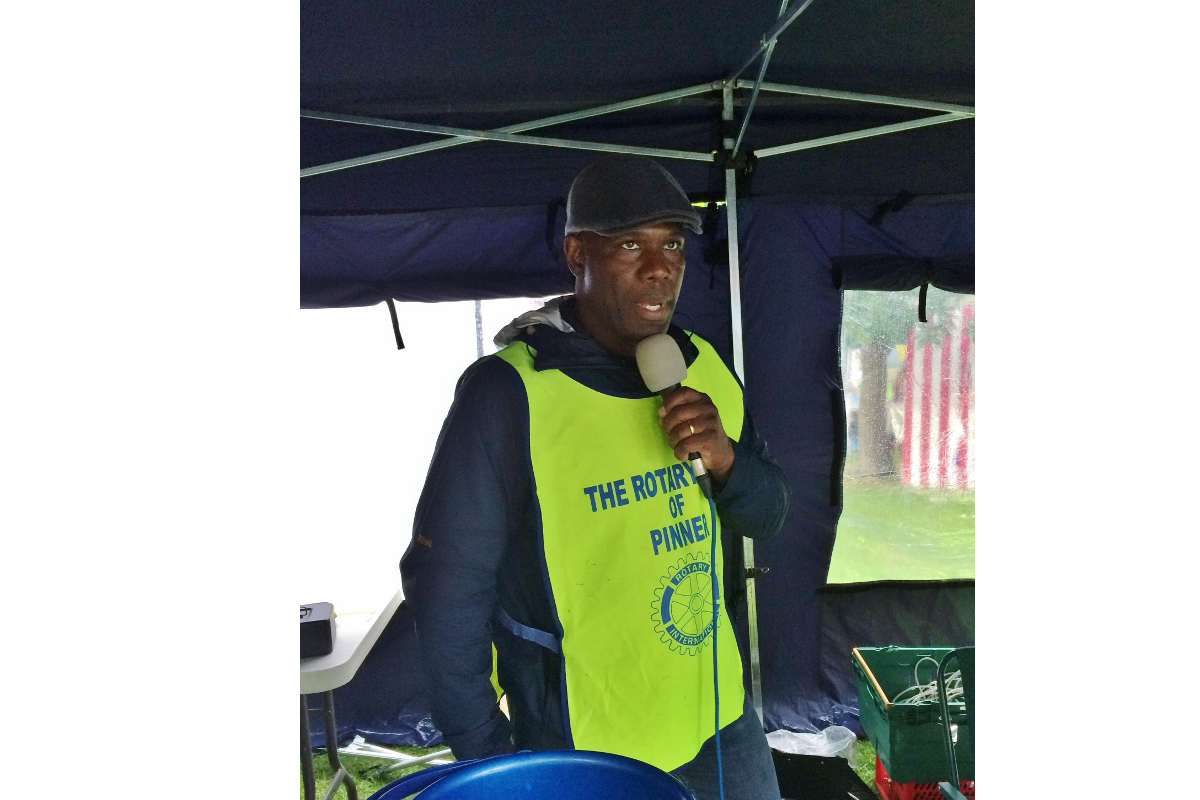 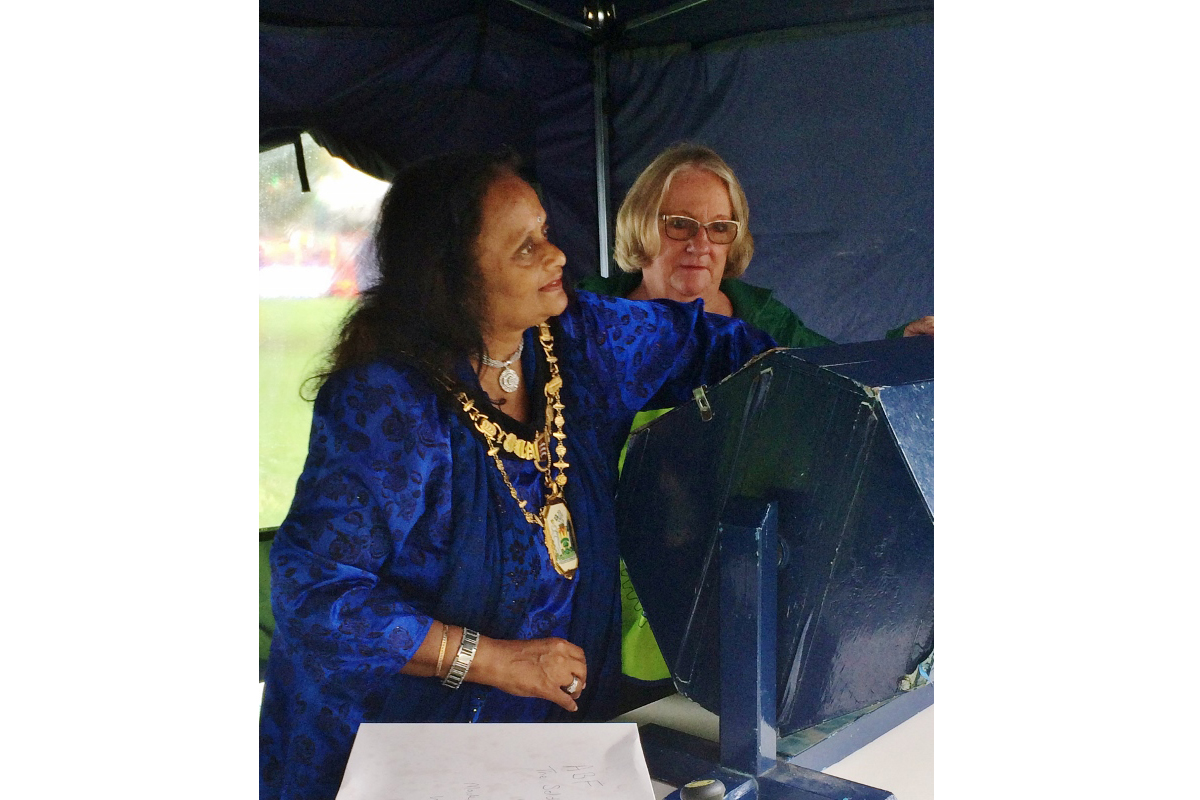 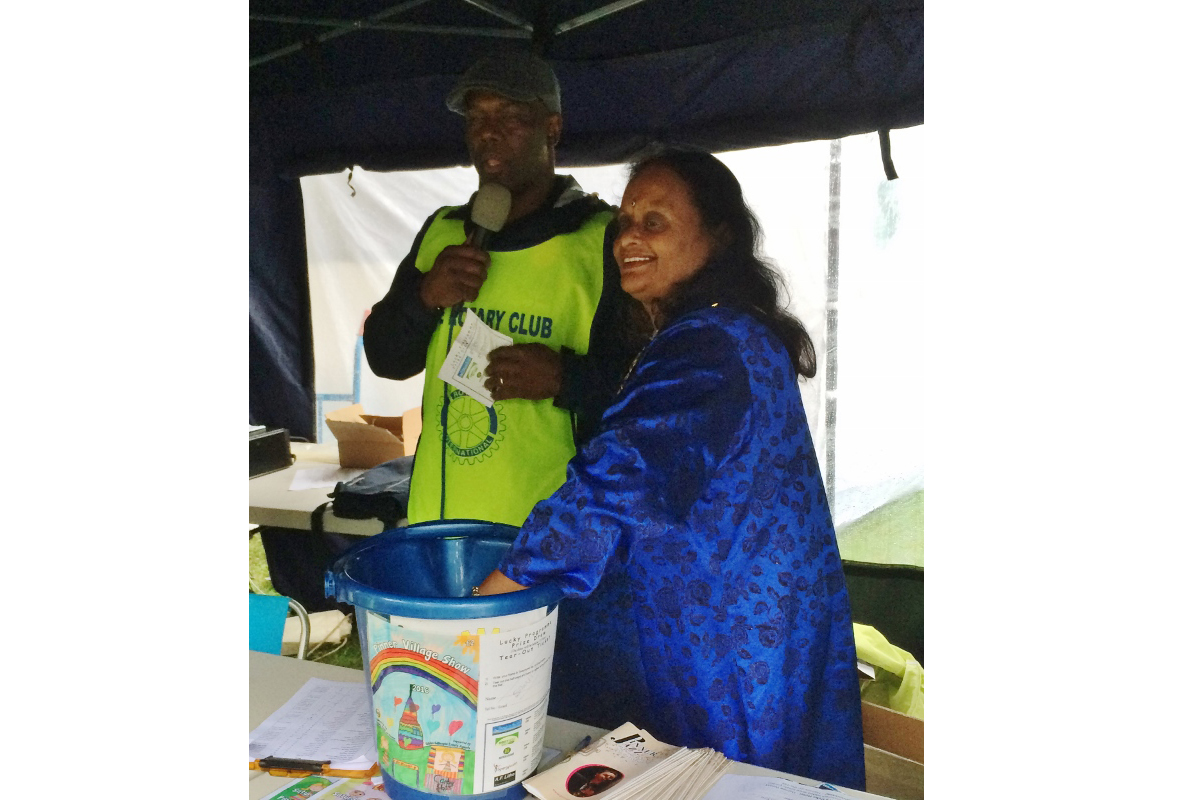 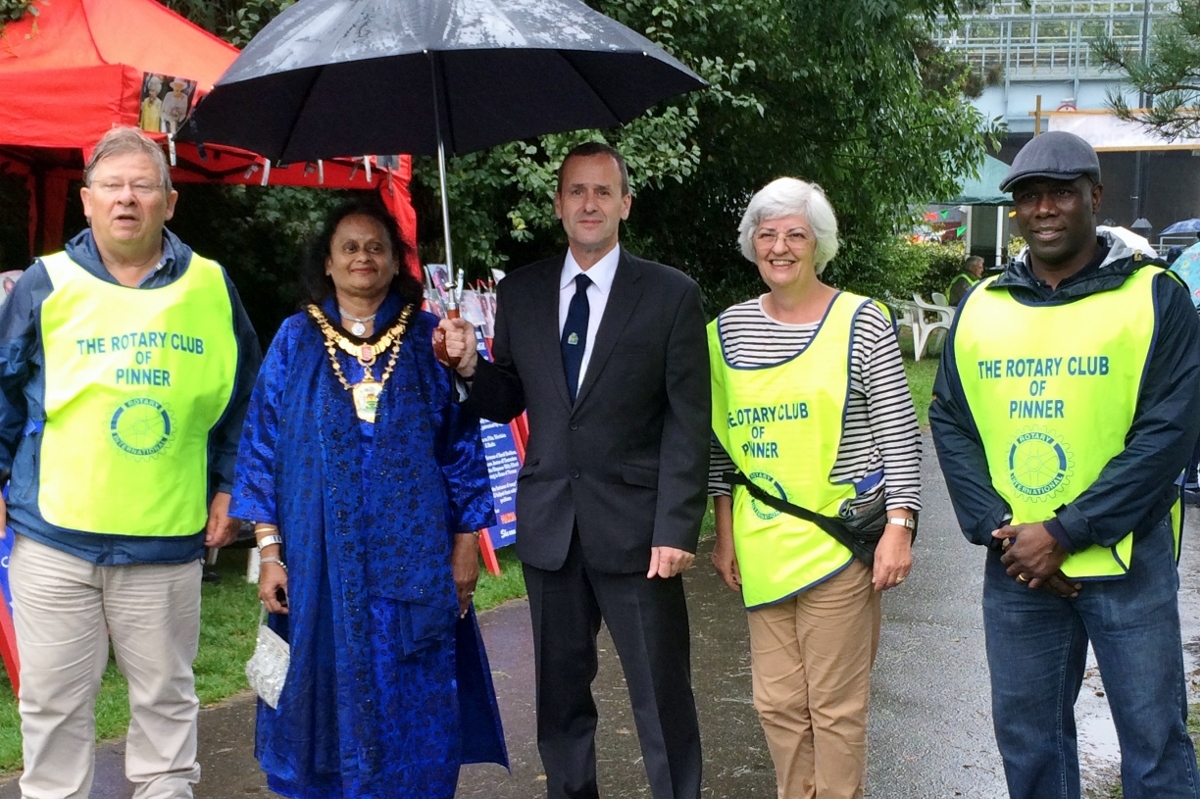 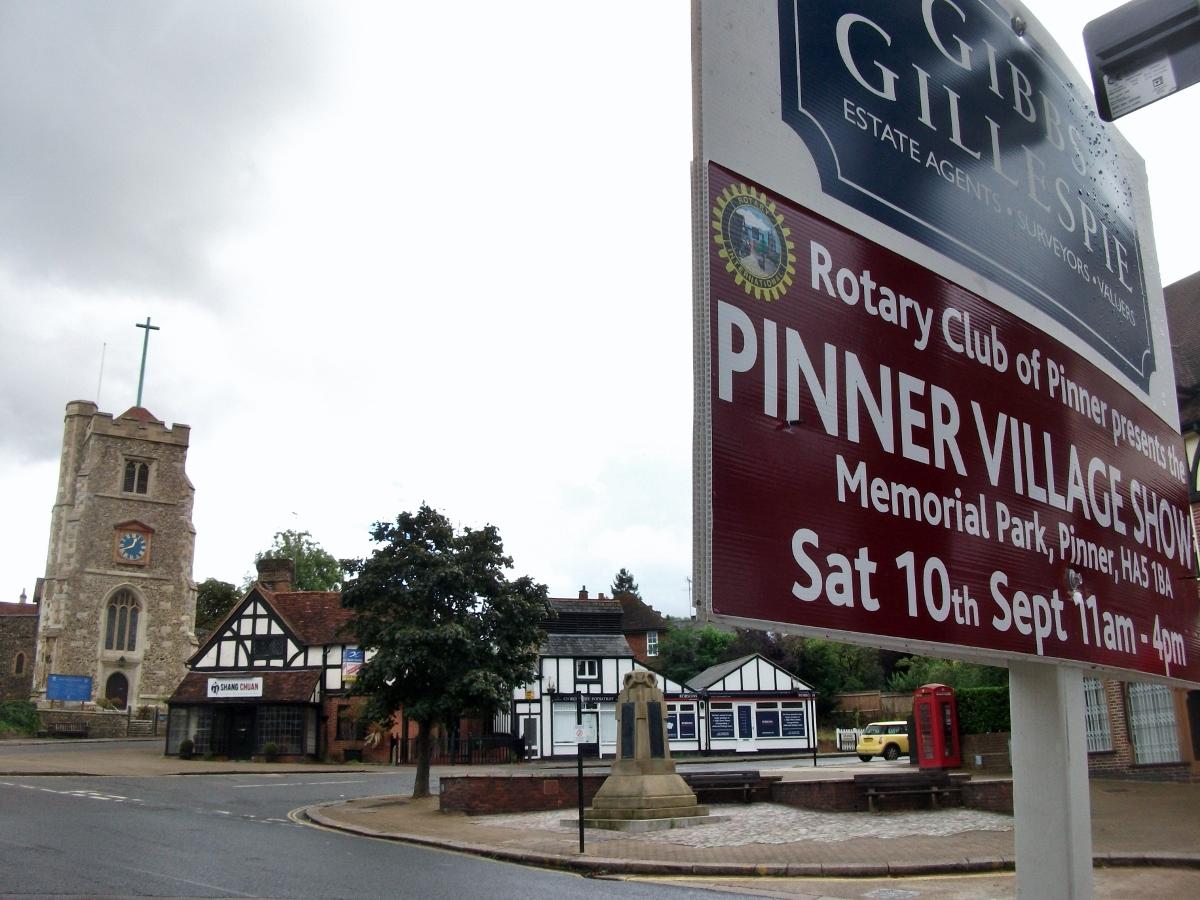 All over for another year

In the lead up to the Pinner Village Show, this year more than most, the weather forecast changed dramatically.  At the very beginning of September the forecast for Saturday 10th showed wall to wall sunshine with temperatures in the mid 20’s.  This changed and gradually got worse until a few days before when it showed what actually transpired – it rained all day – one of only a couple of days in September.  The hottest September in living memory AND the wettest Pinner Village Show on record.

Still, 50+ stalls were set up, together with Children’s Rides and entertainment, great food and drink plus there was fun to overflowing.  Those who stoically (a good word for that day!) ignored the rain donned their smiles and came to the Memorial Park all had a great day.

Our local MP, Nick Hurd, opened the Show at 11:00am and presented the prizes to the Children’s Art Competition winners, from Cannon Lane School.  See separate page for a few details.

The day’s entertainment was worth enduring a little damp weather.  This included a few regulars: Harrow Concert Band, Punch & Judy and the Glen Trew Pipe Band.  New this year were: “Pals” singing duo – wearing WW1 army uniforms and singing songs from the Great War and Milly Soo Band a popular jazz band, who had kindly stood in at short notice when the group who was due to play couldn’t make it due to illness.

You can also find information about the Show on the popular PinnerLocal.co.uk site.

Finally, Rotary President, Barbara Rees, and the Mayor of Harrow, Councillor Rekha Shah, drew Pinner Rotary’s two main raffles.  The 30 Meal for Two prize winners (tickets are sold throughout the summer, including at the Show) can be found by clicking here and the Lucky Programme Draw winners (only sold at the show – part of the Show Programme) are set out below.