The first meeting of the 2016-17 Quiltonians RotaKids at Quilters Junior School saw President Mike give each club member their membership badges and each Officer their badges of office. 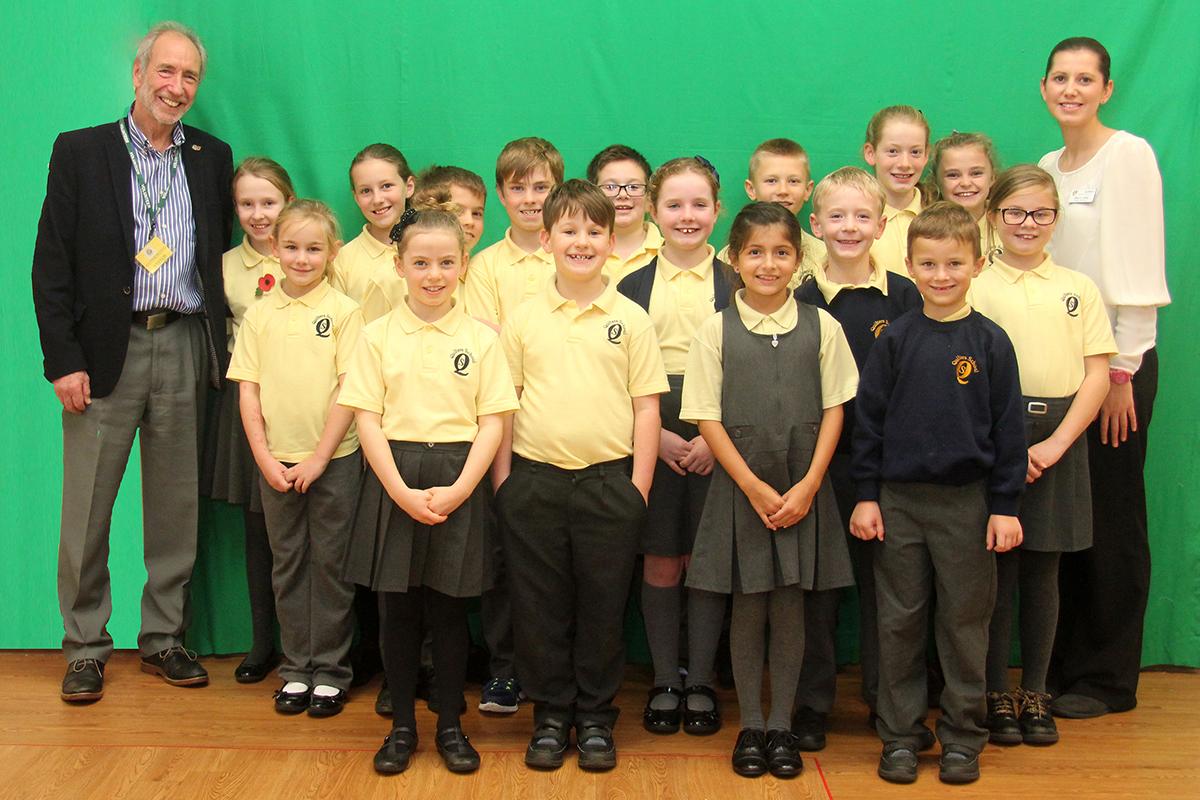 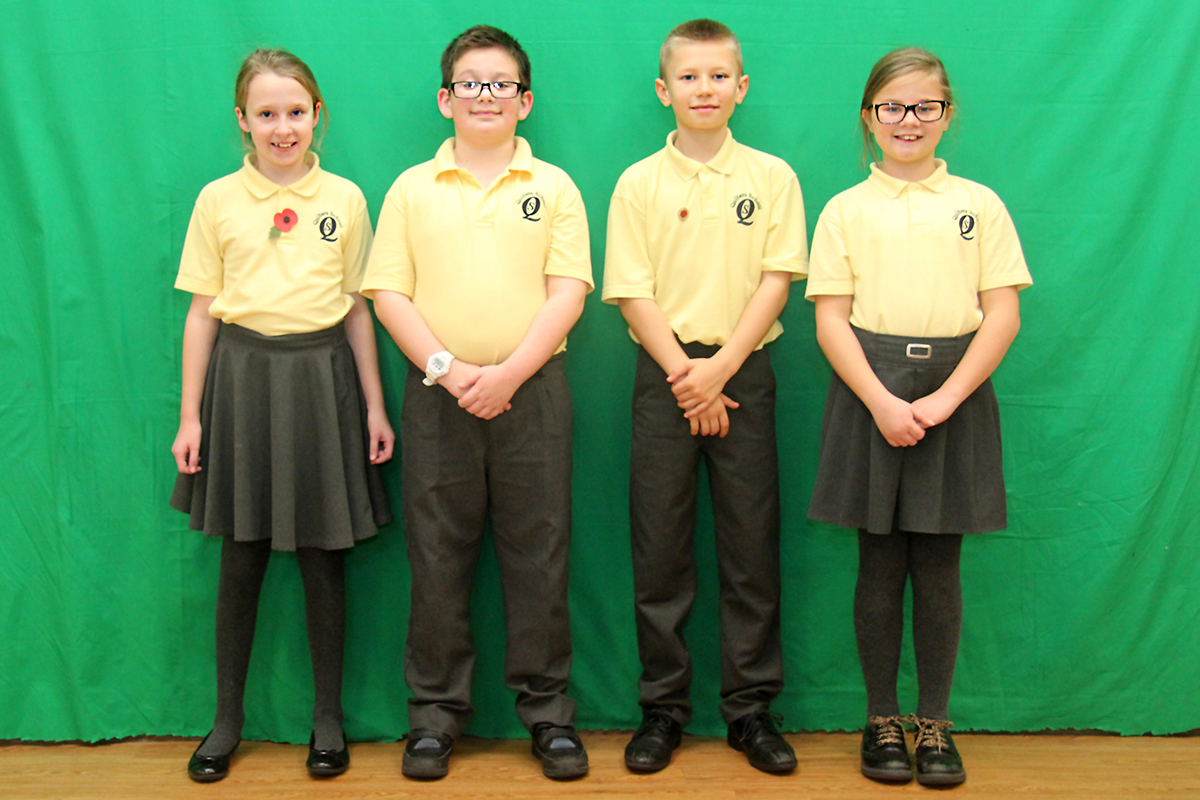 Officers of the club 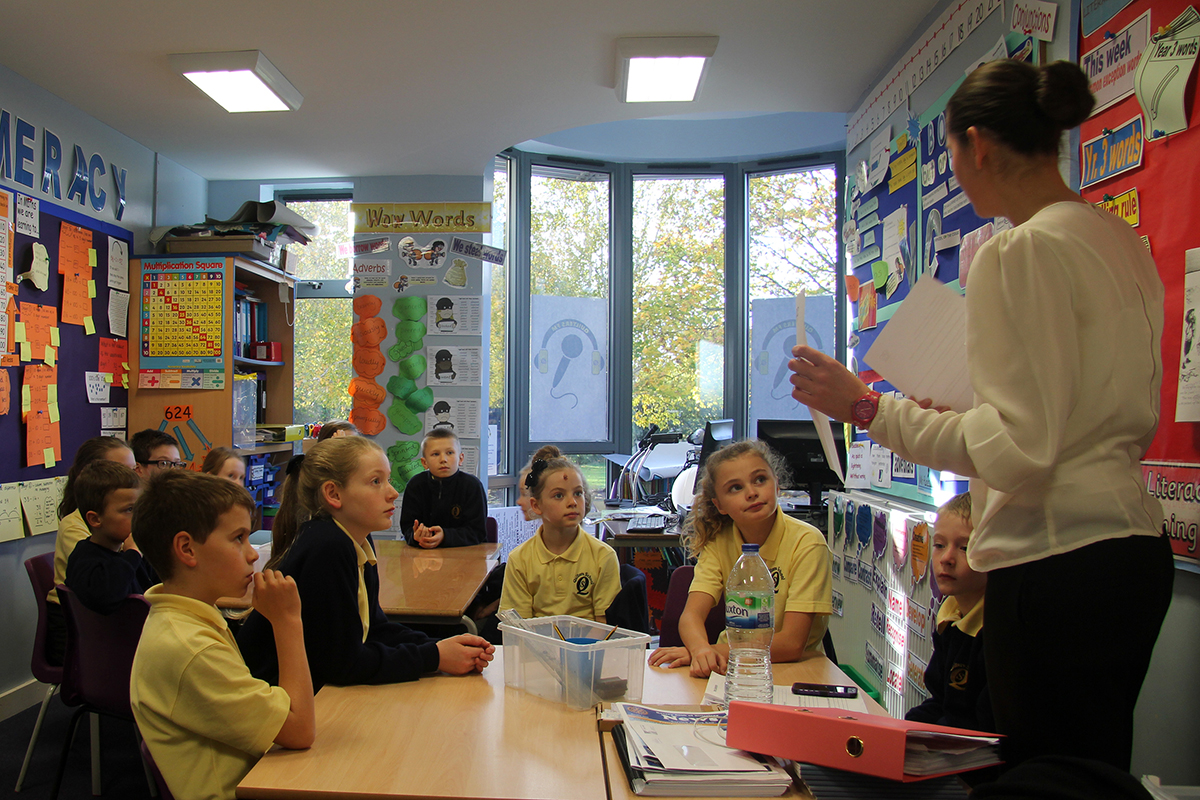 Leader Helen Kilby starts them off 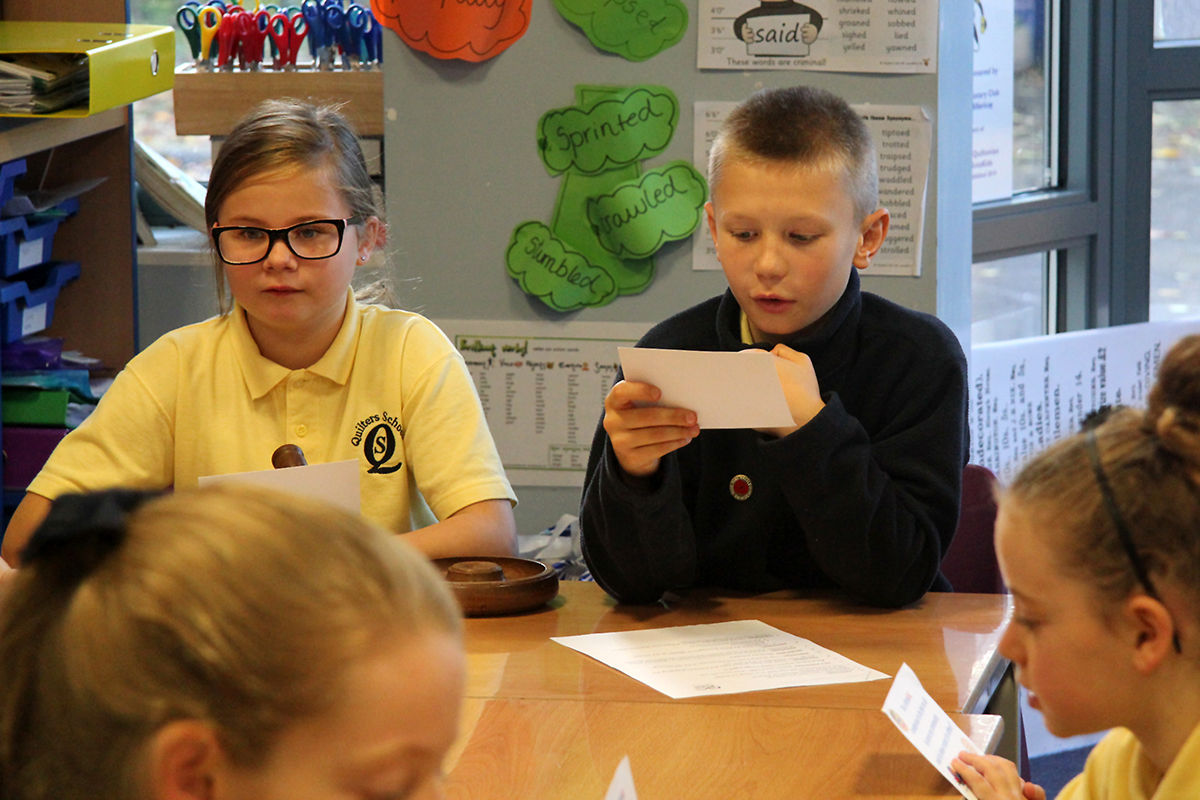 Alex leads the reading of the Pledge 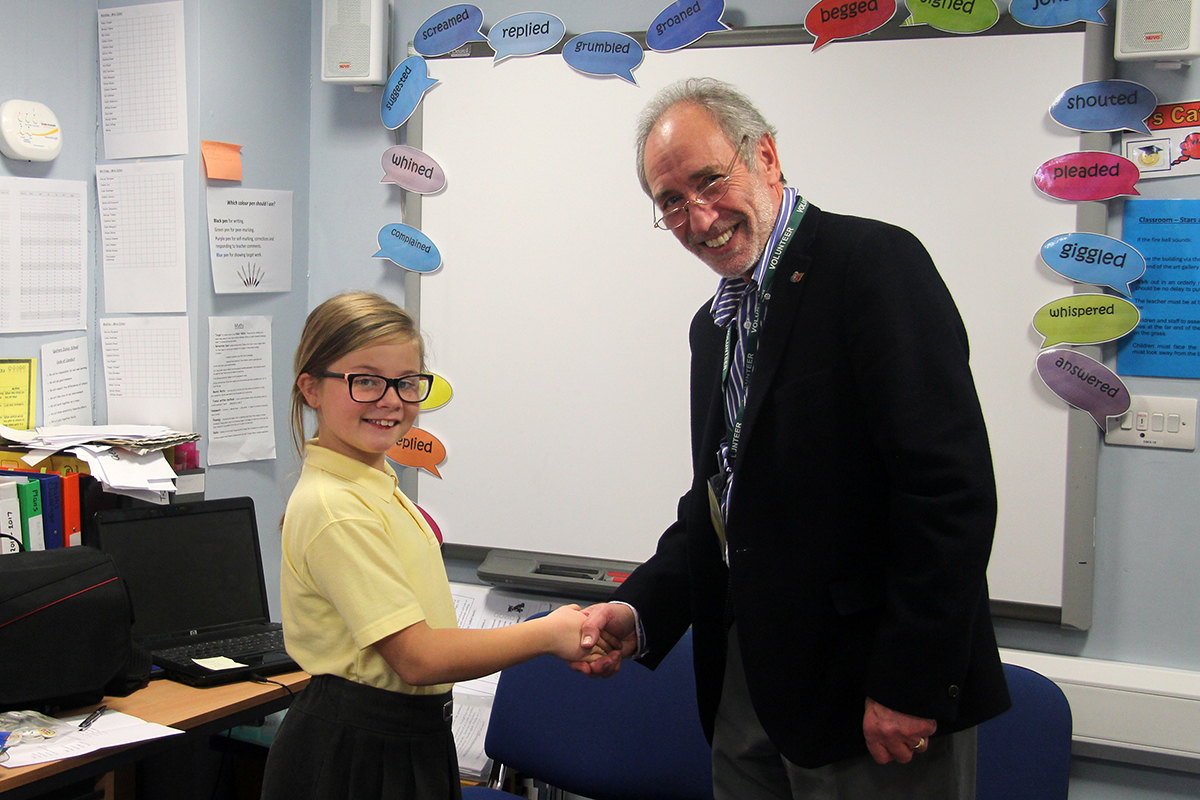 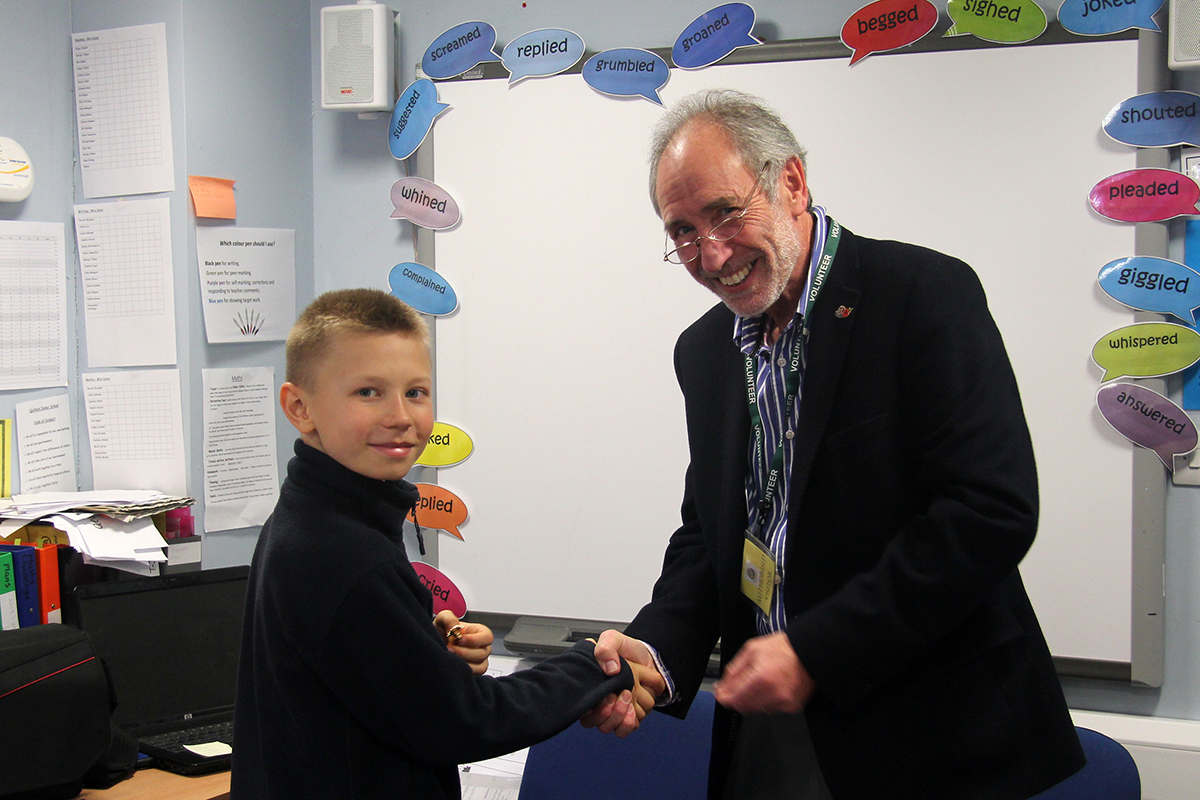 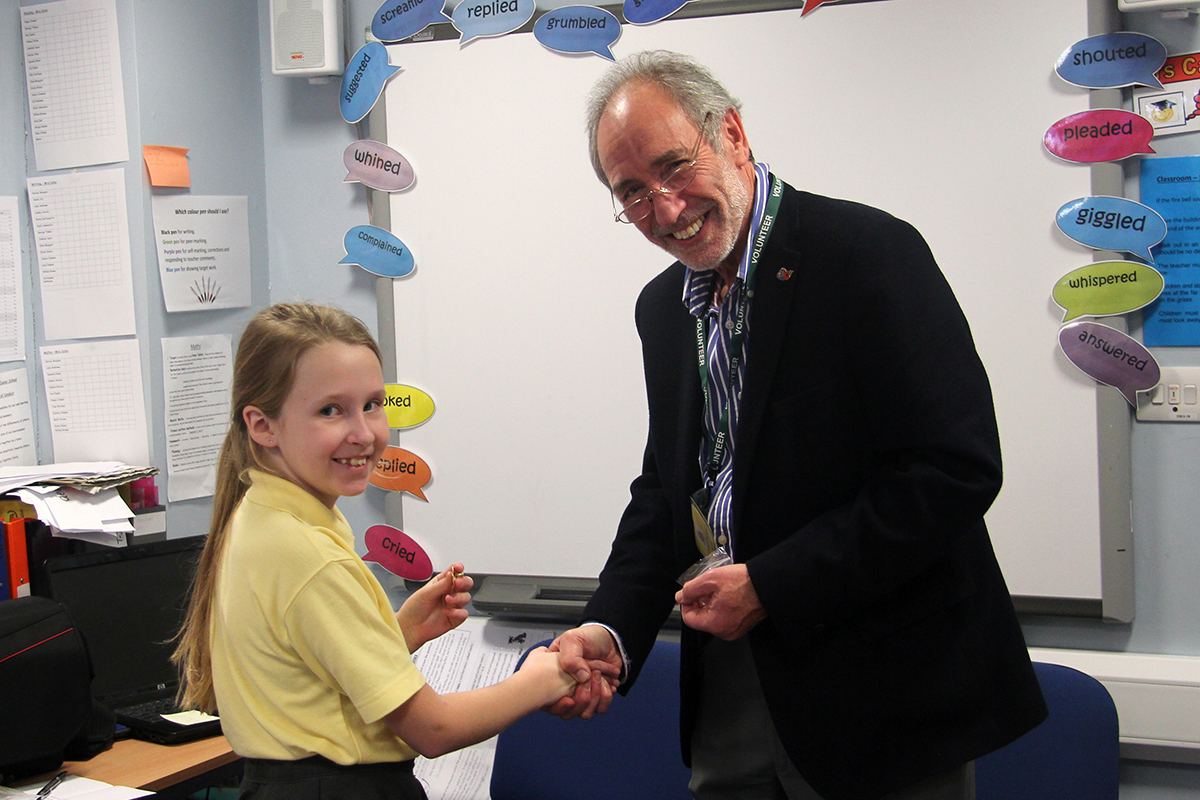 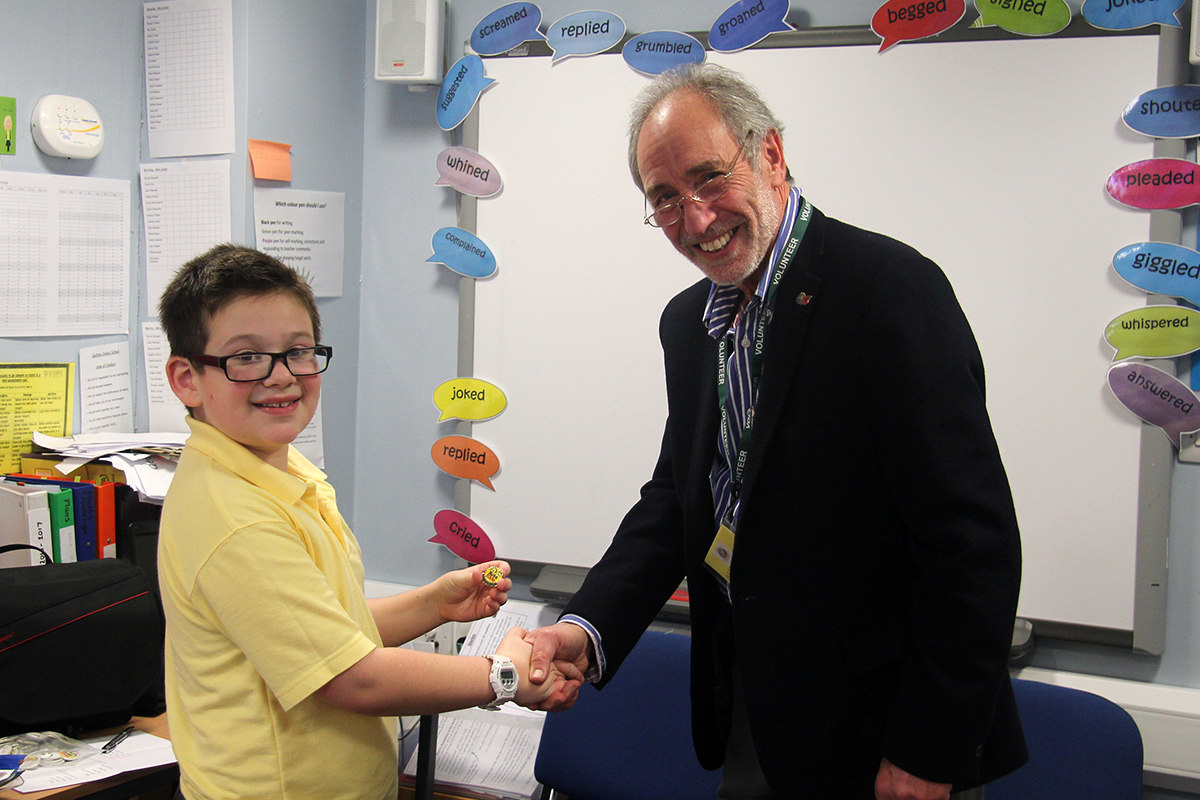 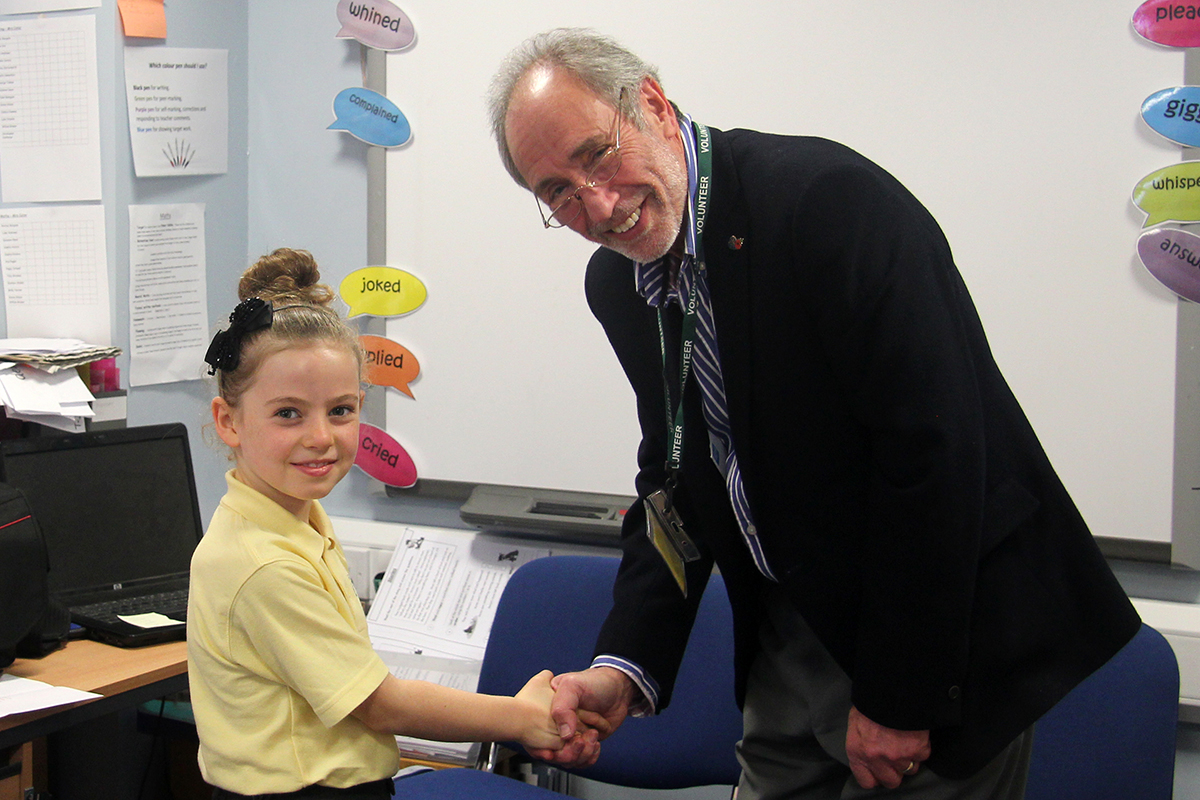 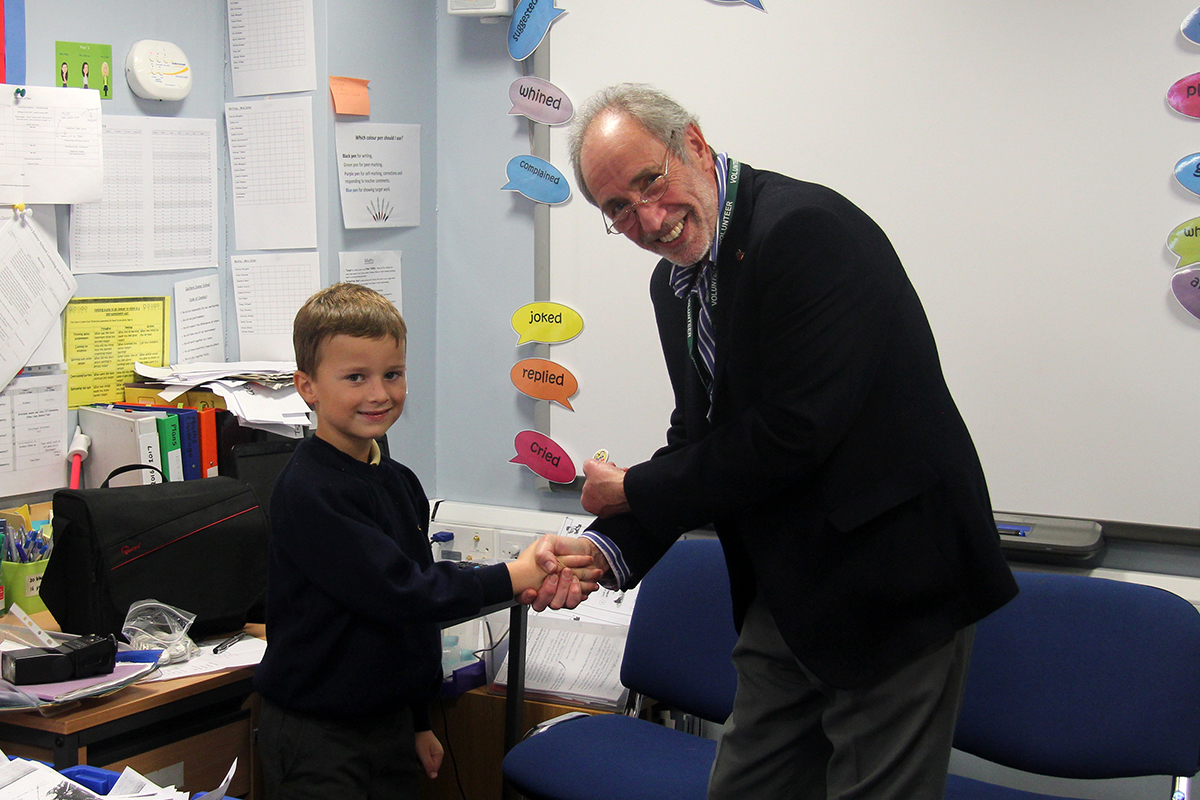 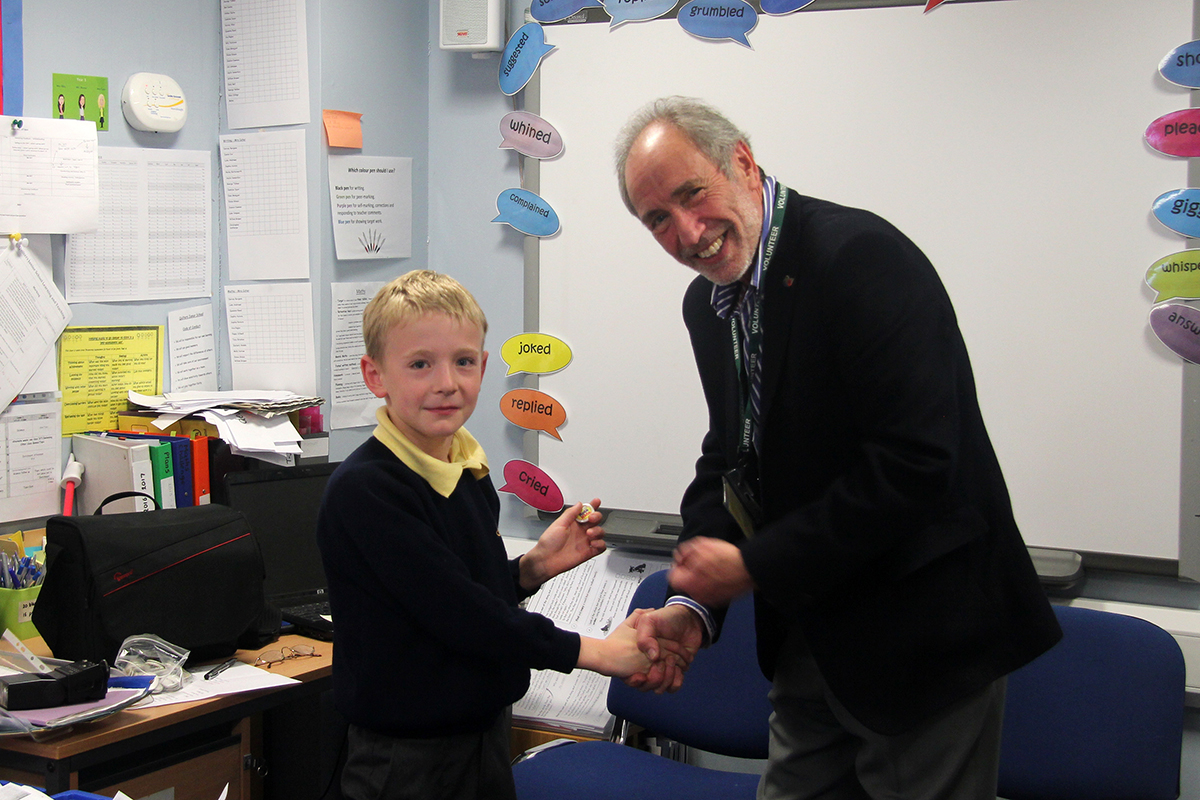 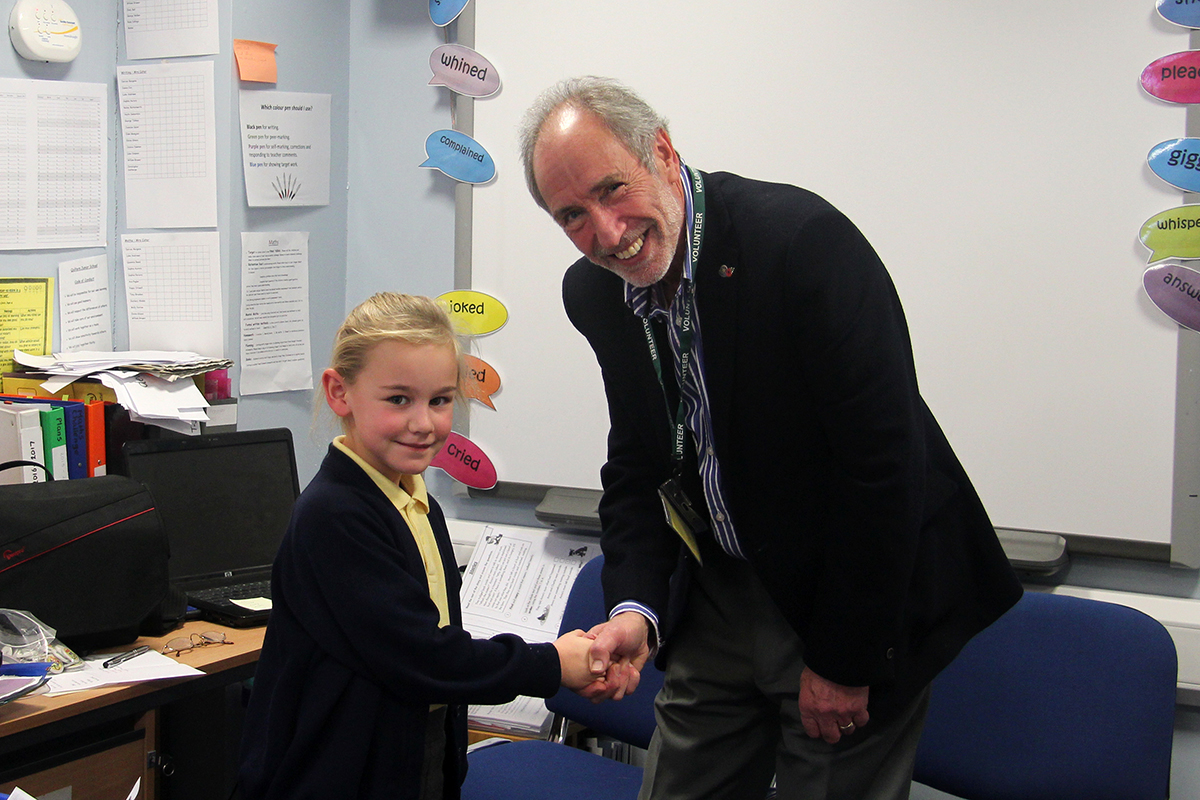 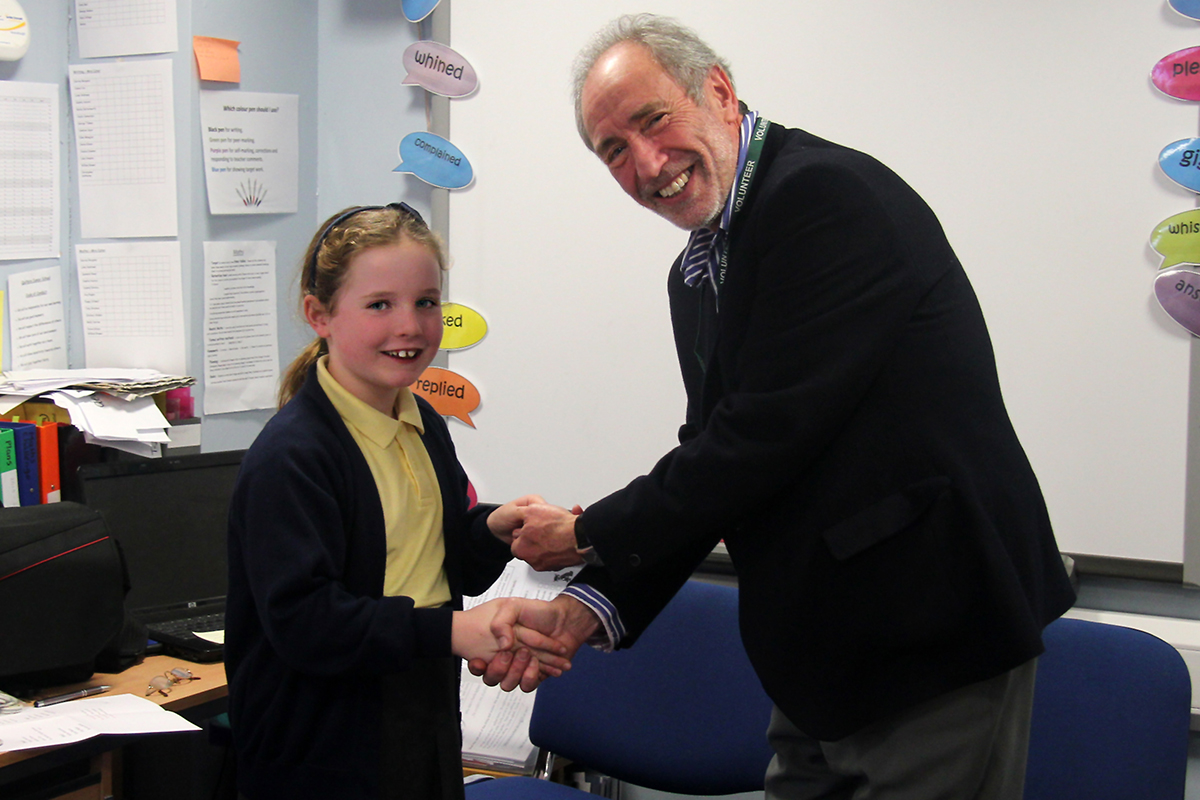 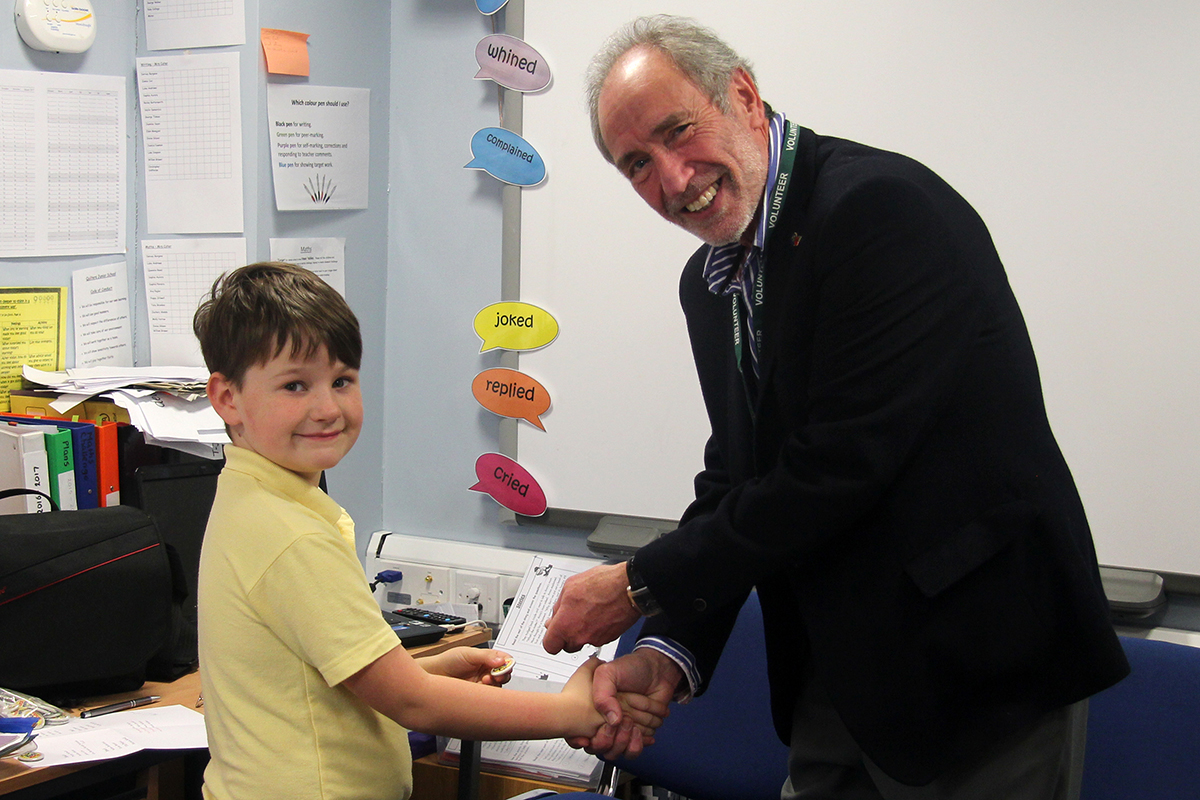 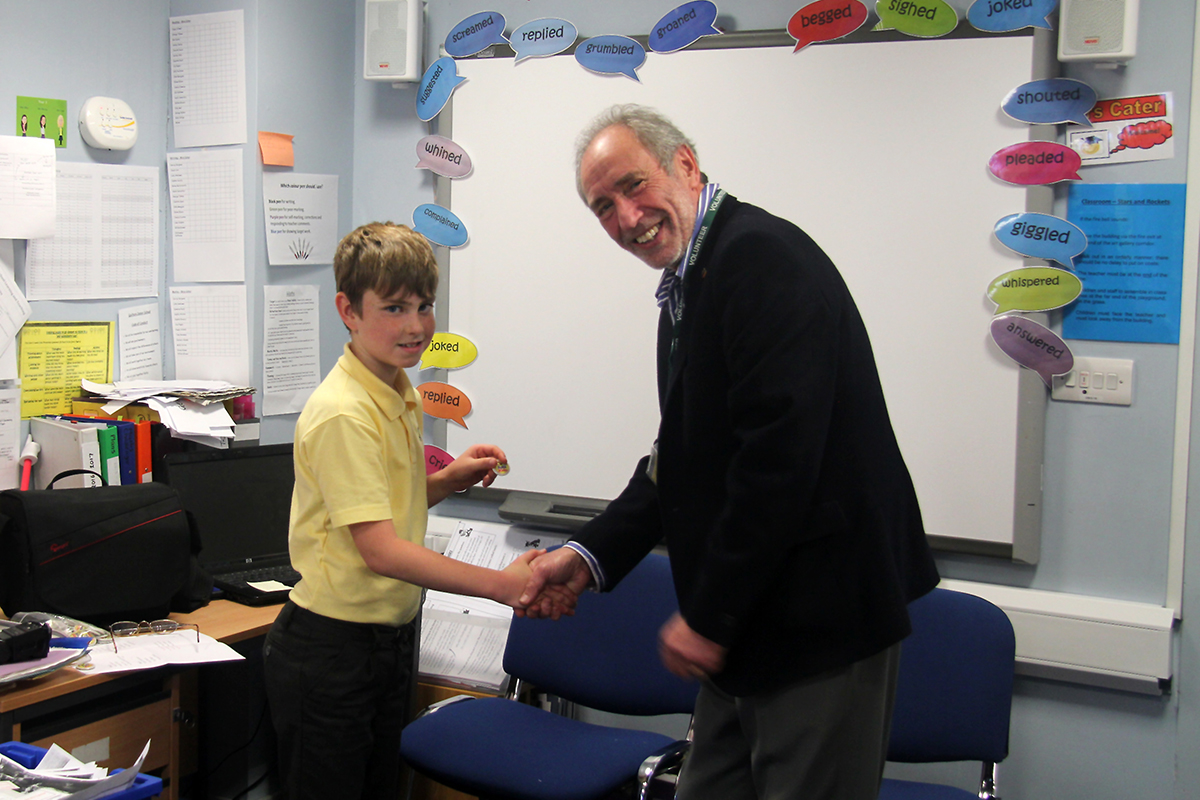 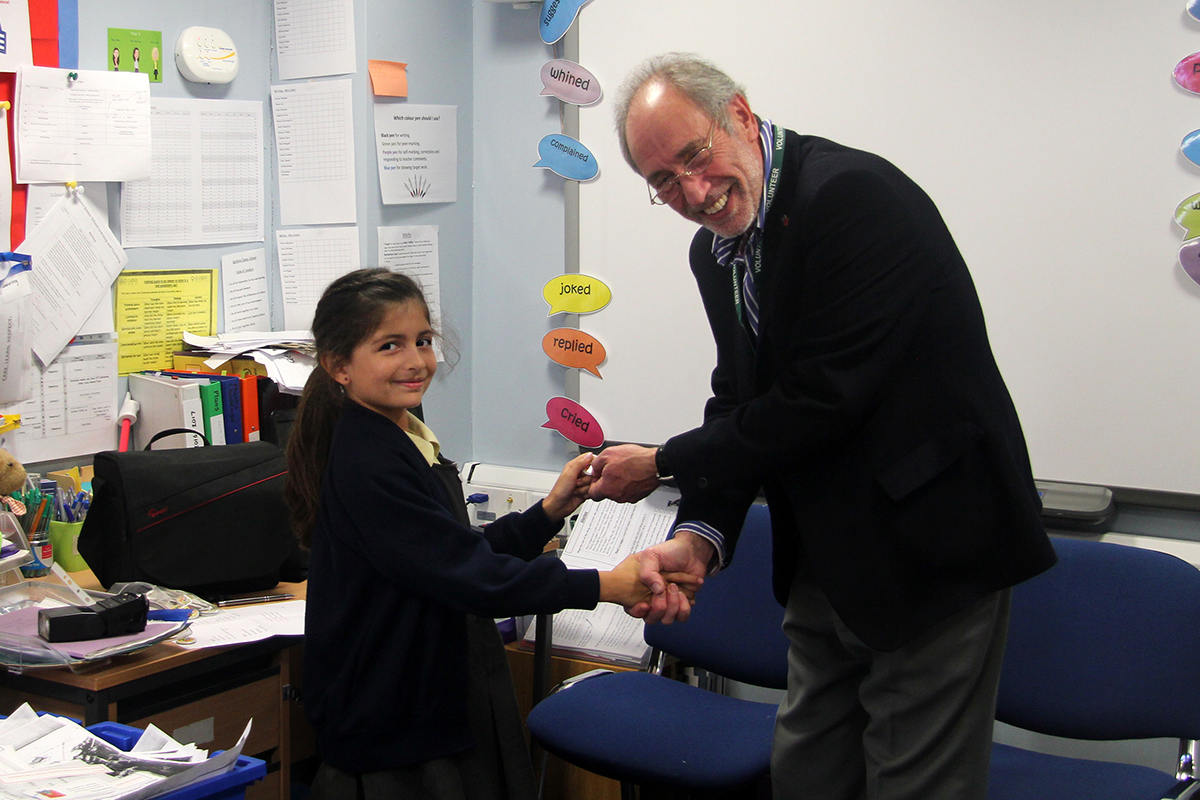 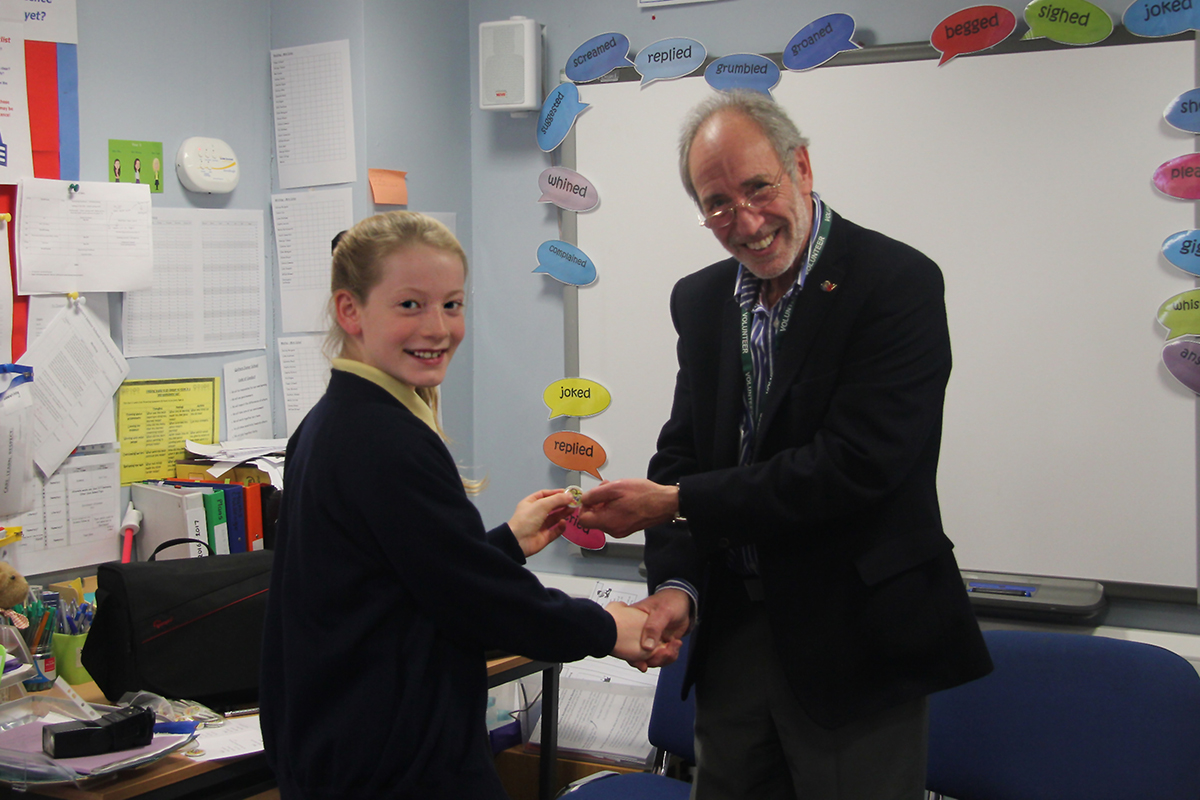 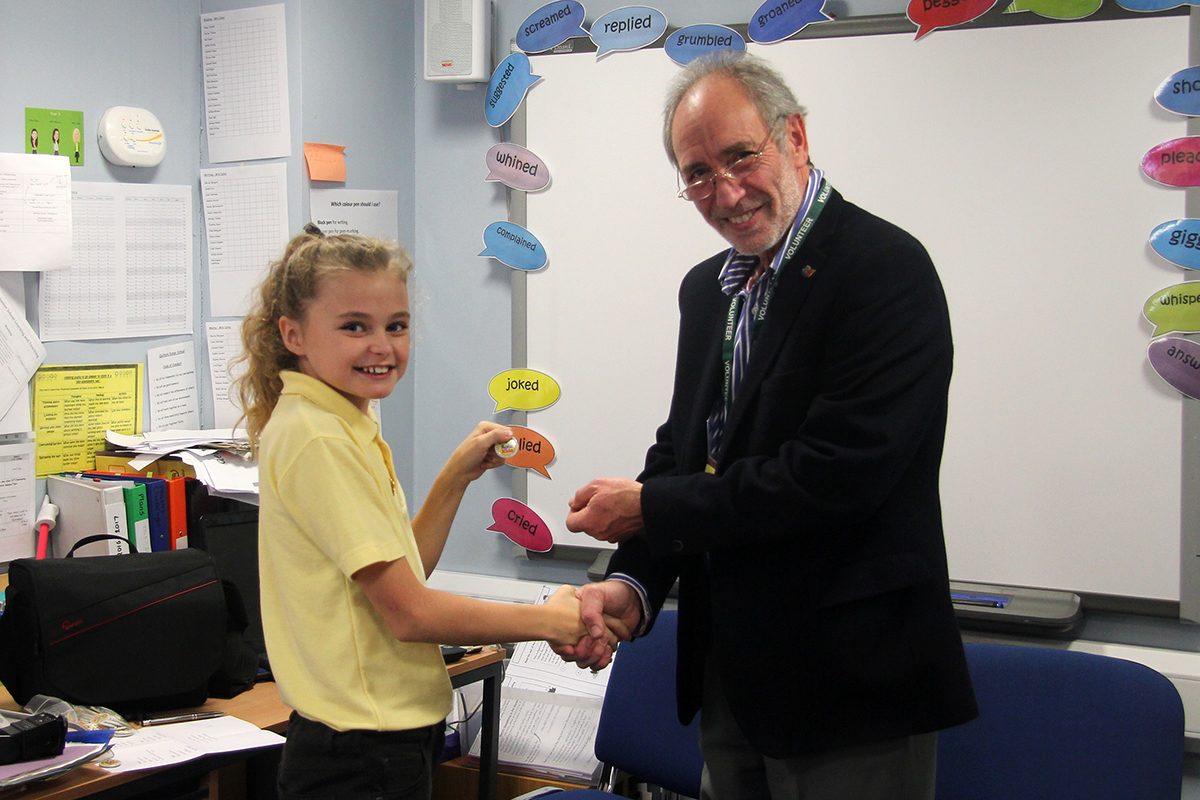 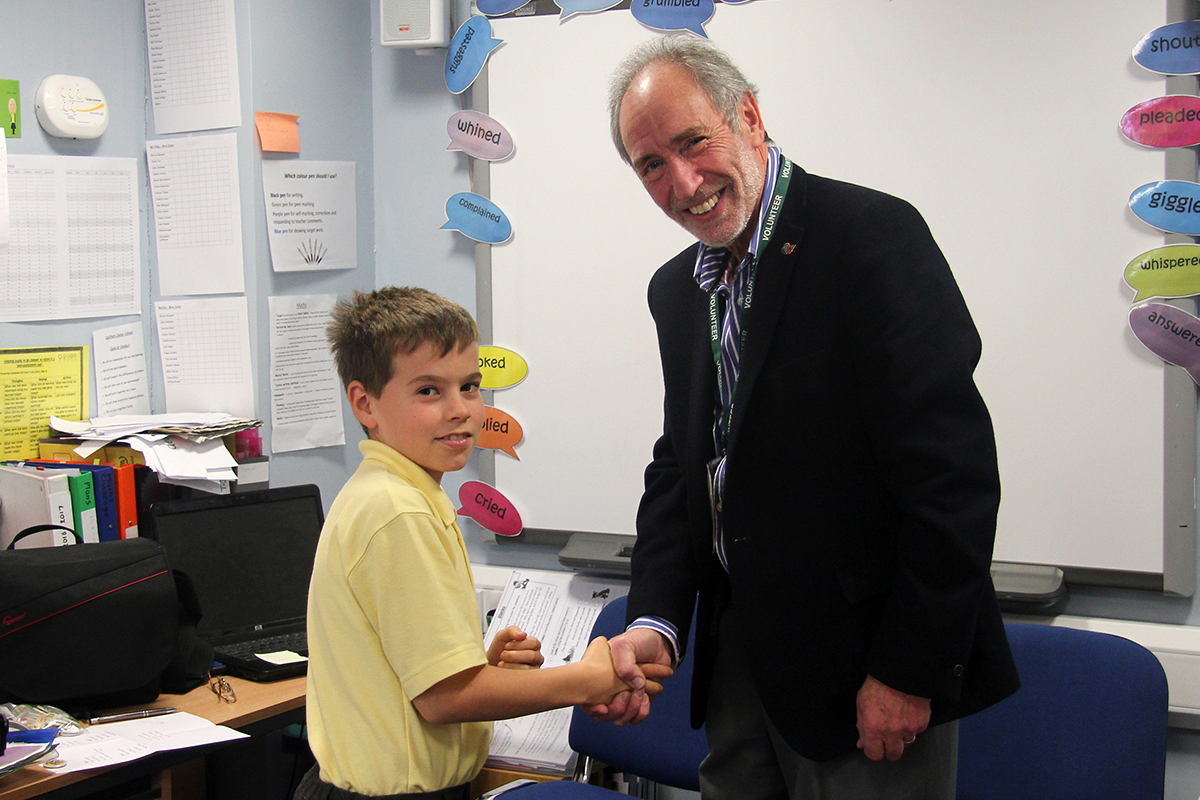 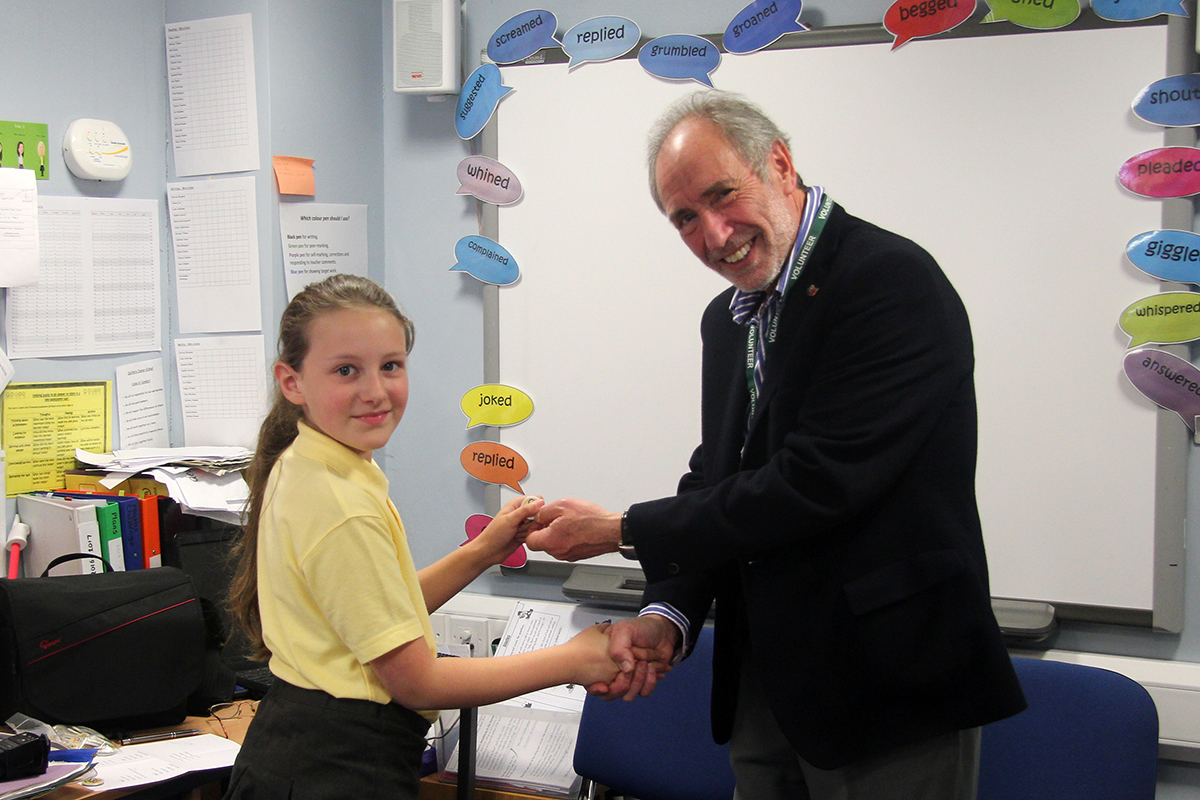 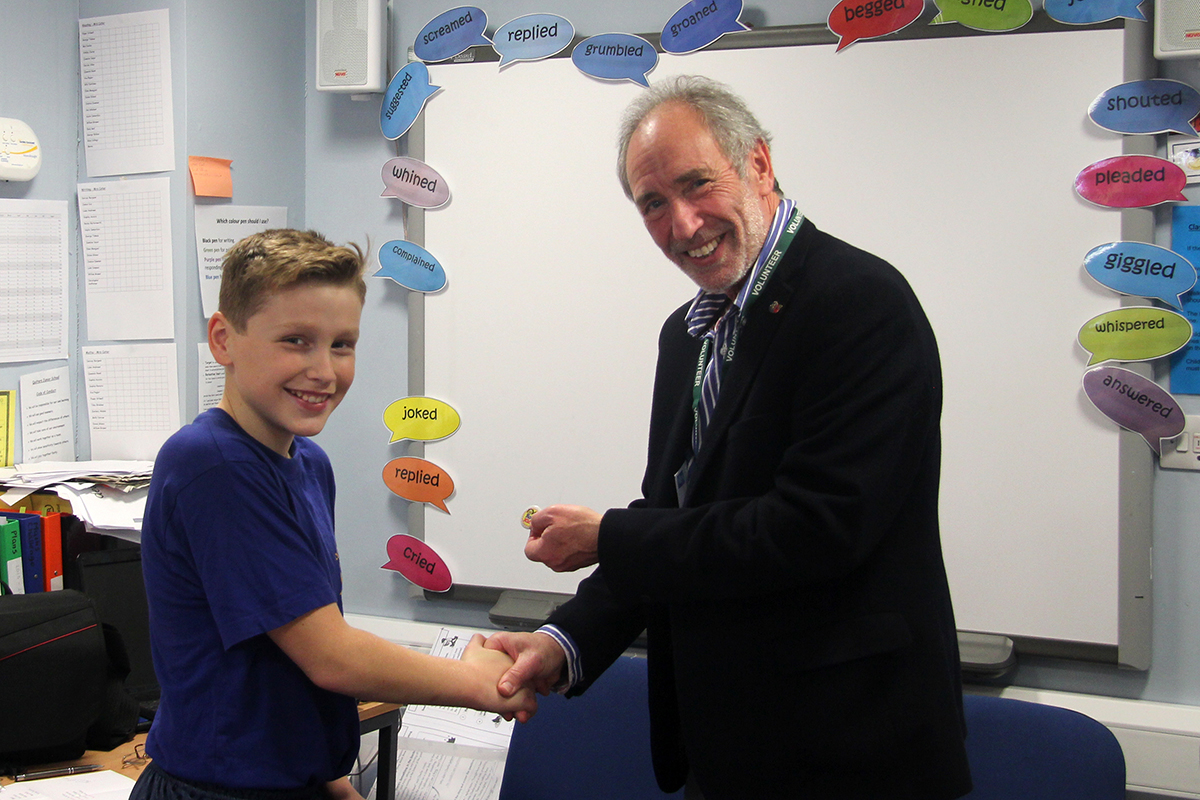 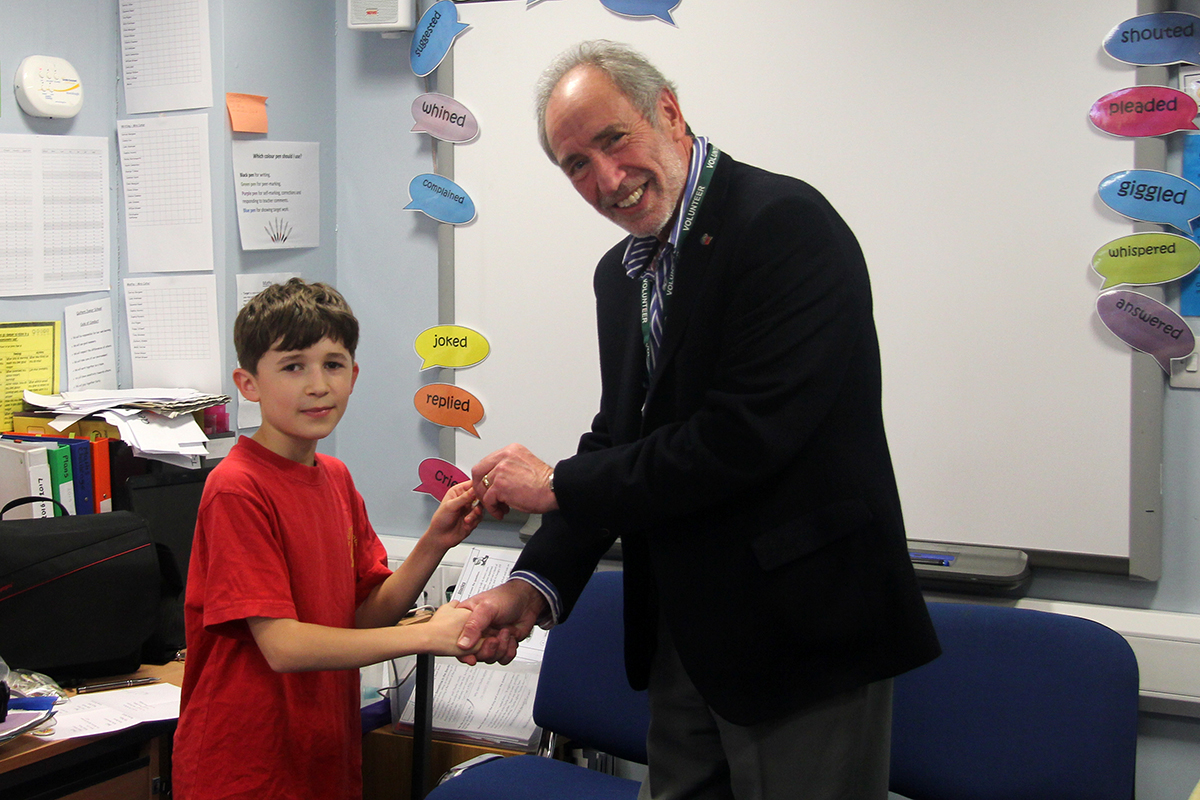 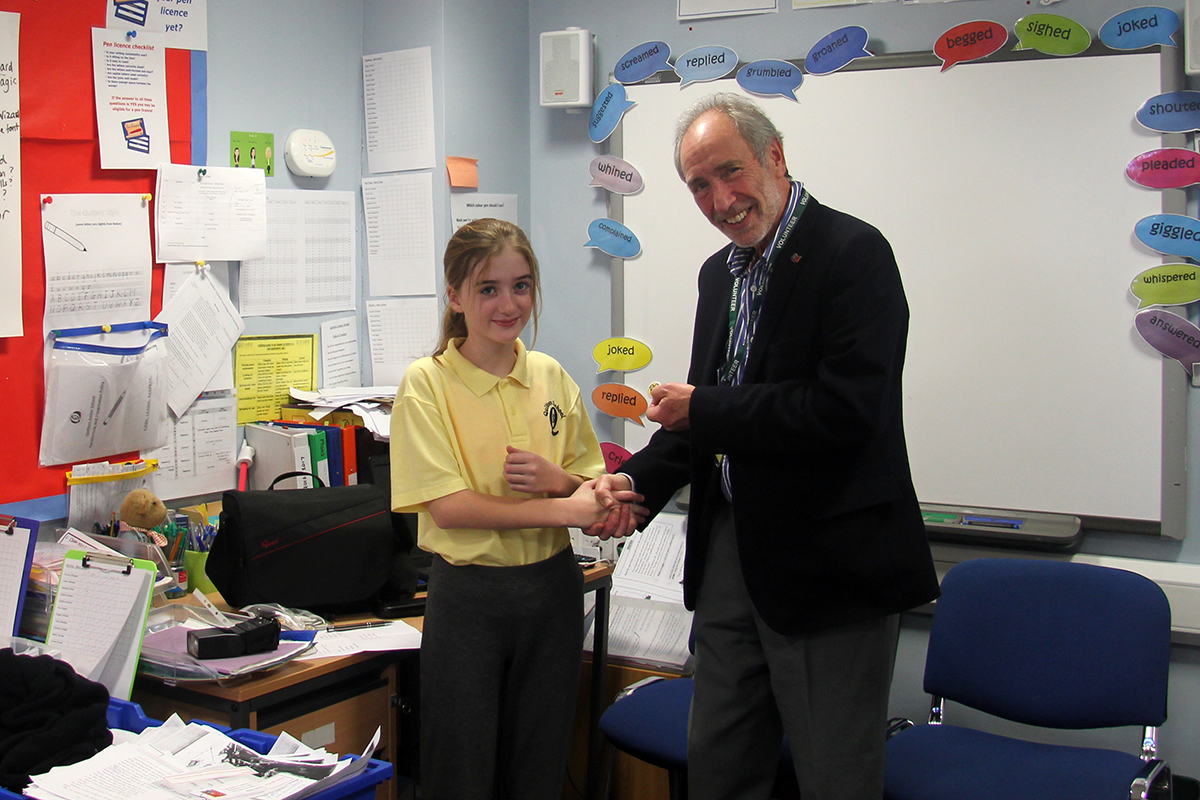 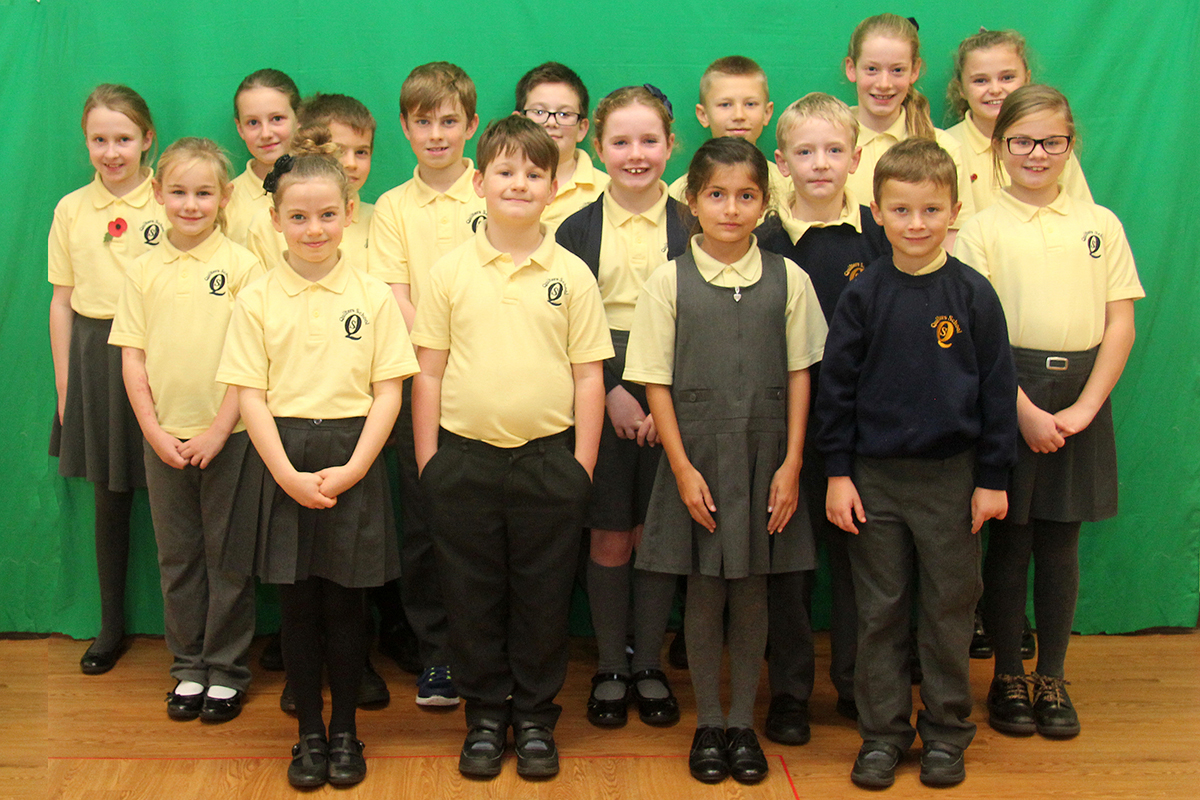 A Thursday in November is not usually an auspicious day, but it was this year as the new RotaKids of The Quiltonians RotaKids club of Quilters Junior School were enrolled in the club for the new school year in the presence of Rotary Club of Billericay President Mike Sinclair and Vice President Peter Greene.

Not only was this the induction of the new club members, but also, under the tutelage of Teacher Helen Kilby, the first formal meeting of the club for this year.

The meeting started with the new President Eve St. Pierre opening the meeting, and then led by Vice-President Alex Freeman, every member of the club (except for Eva Mootoo (year 3) and Nathan Rutherford (Year 6) who were absent that day) read through the RotaKids pledge together and then introduced themselves individually.

Then the four officers of the club - President Eve St. Pierre, Vice-President Alex Freeman, Treasurer Owen Wilkin and Secretary Niamh Wallace, went up to be awarded their Badges of Office by Rotray Club President Mike Sinclair.  This was followed by each club member also going up and receiving their club badges from Mike.

Then to the meeting proper. Time was taken for the RotaKids to exchange information on what they had already been doing to support the community, with reports of a sponsored walk and also, following the visit of an Olympian from the recent Games in Rio, money-raising in support of the Olympians. Some of the Members involved form a “Safety Squad” which interviews pupils about what they perceive as the risks they face in and on the way to and from school, and jumping the gun on the formal start of the club, the squad had already done their first set of interviews and were formulating their recommendations.

There was then discussion on what charities the club might like to support, with suggestions amongst others for Great Ormond Street.

Members also voted to support the Rotary Club’s Raffle at the Christmas Market on December 4, 2016, and so many volunteered that they will be able to do it in shifts throughout the day.  As one RotaKid who volunteered for this last year said “it was a lot of fun!”

The meeting closed with a desire to enter the Poetry competition in aid of End Polio once details had been provided.