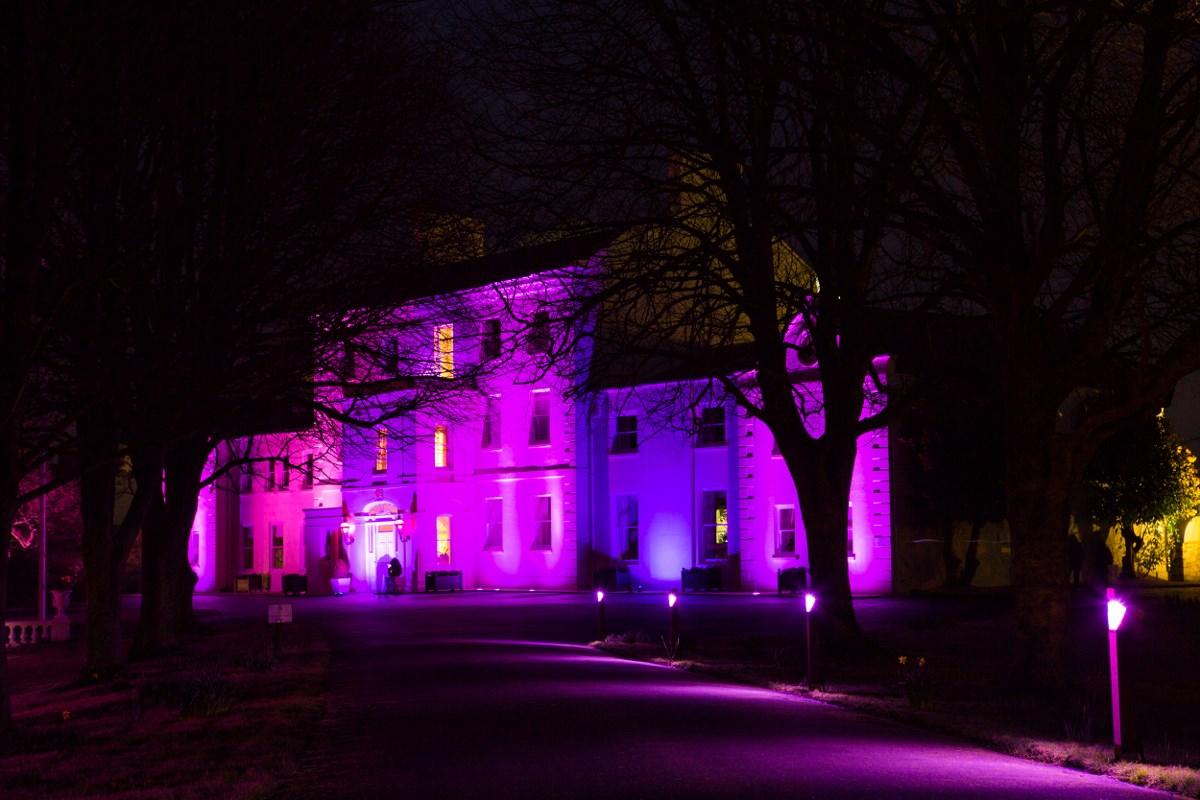 Endorsement doesn’t come any higher than when generously given by the Queen’s representative here on the Island. This week Vice Admiral Sir Ian Corder asked for his staff to turn Government House purple as a mark of support of Rotary’s Local and International Purple4Polio campaign.

Sir Ian, the Lieutenant-Governor of Guernsey, is an honorary member of the Rotary Club of Guernsey. He commented: “We wanted to highlight the important part that Guernsey is playing in the fight to eradicate polio, for which there is still no cure.”

Rotarian Jannine Birtwistle is our Local and the National Polio Champion. She added; “Working with the international Rotarian network and other global health bodies for some 30 years , we now have Polio firmly on the retreat. It is currently found in just three remaining countries in the World. So it has never been more important to keep up public awareness of our campaign until the job is finally done. That is what Purple Pinkie Day is all about.”

Jannine was joined by the Guernsey Club’s President elect, Simon Milsted, to attended Government House to witness the building swathed in Purple. Simon praised the hard work and resourcefulness of the Government House staff in achieving such a remarkable visual impact. He went on to say; “Sir Ian and Lady Corder have enthusiastically embraced Guernsey’s culture of charity that is directed both at home and abroad.

“We are therefore particularly grateful when they find time in their hectic diary to champion the work of our own Rotary Club. And this evening they have excelled themselves. Not only by showing their strong support to Rotary’s Purple4Polio Campaign but also bringing a whole new meaning to the phrase “a home makeover!”

P.S. Rotary’s Polio Bear also came along to thank the Lt-Governor and enjoy the spectacle: