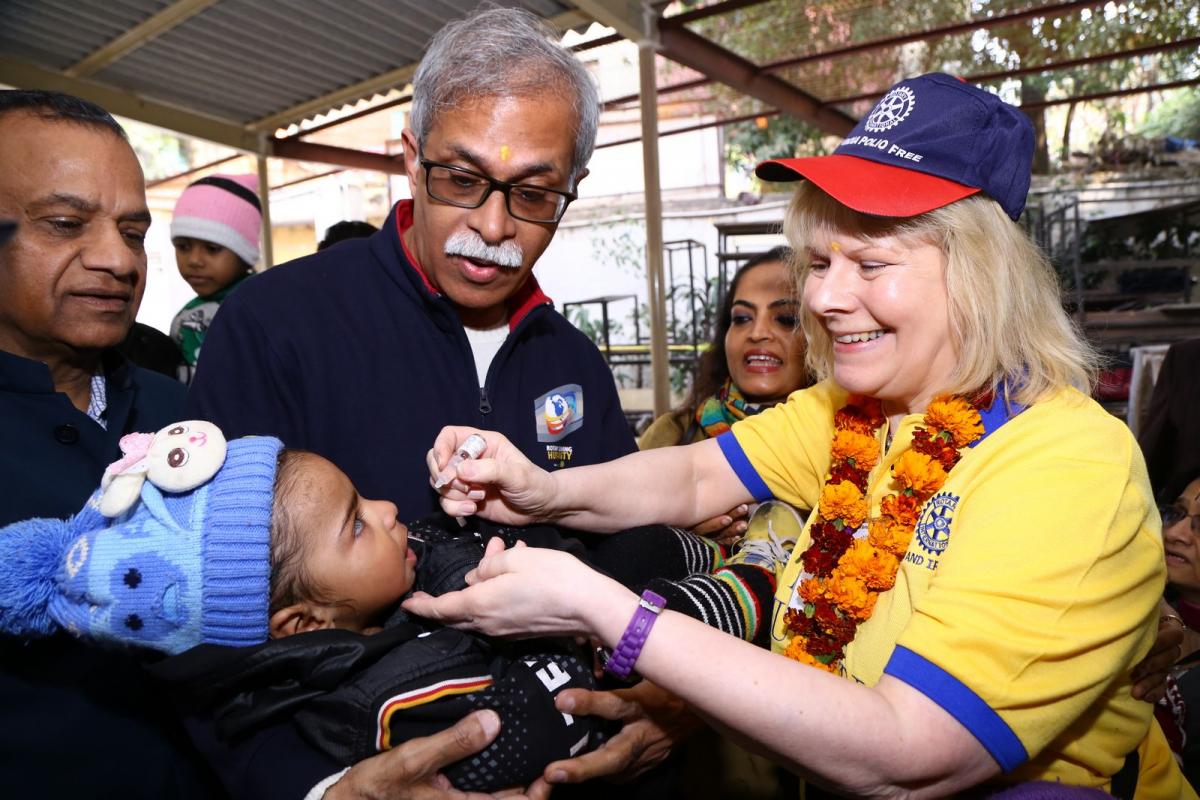 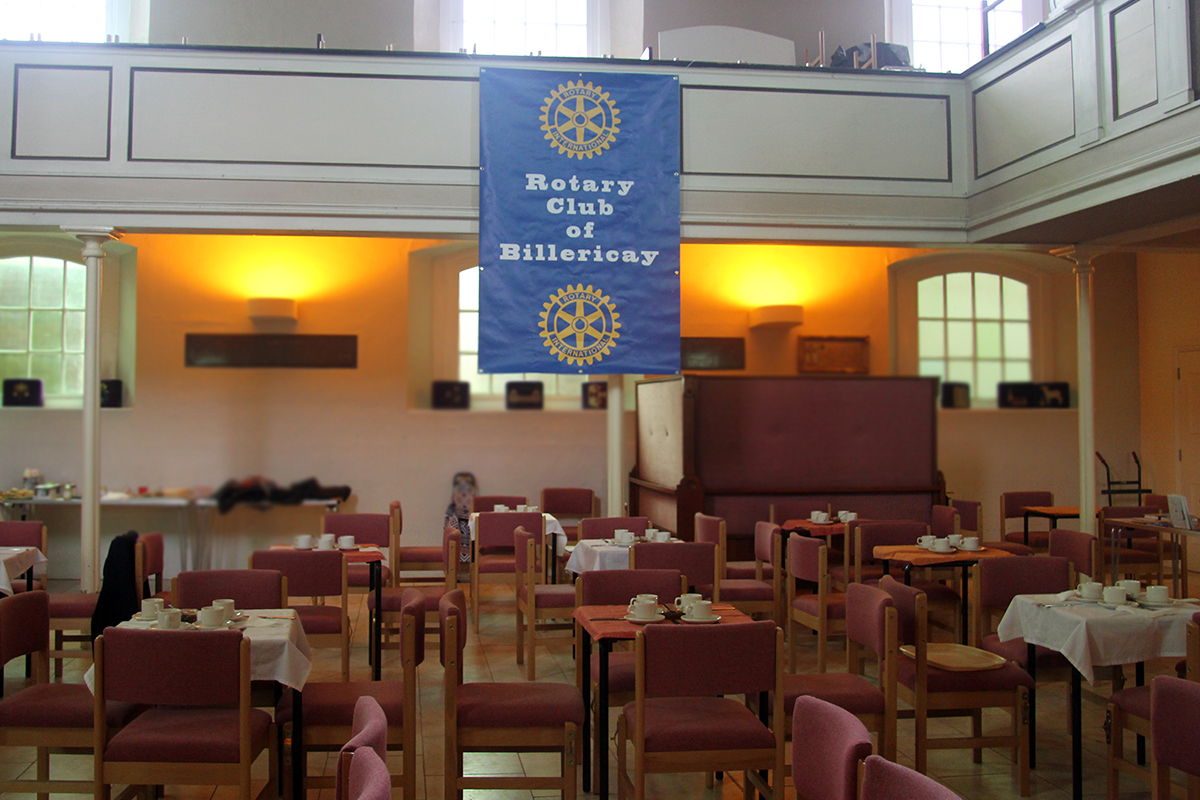 All ready and raring to go 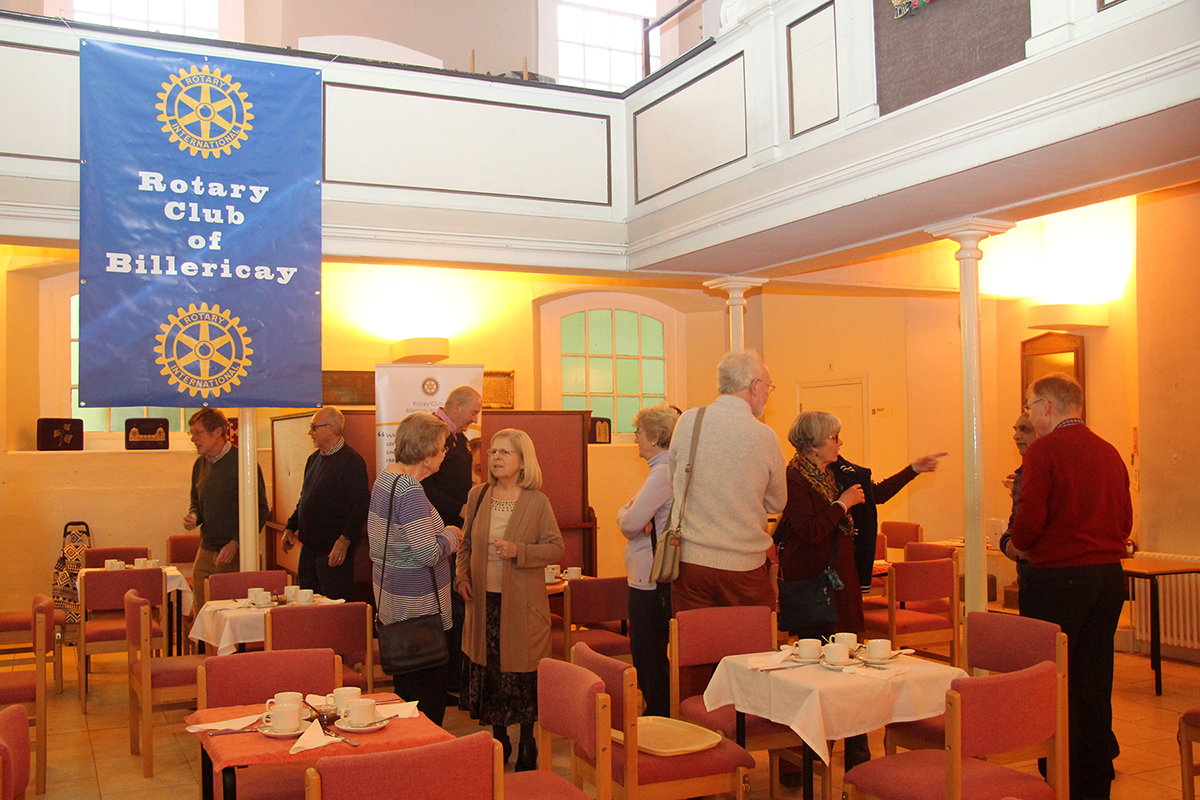 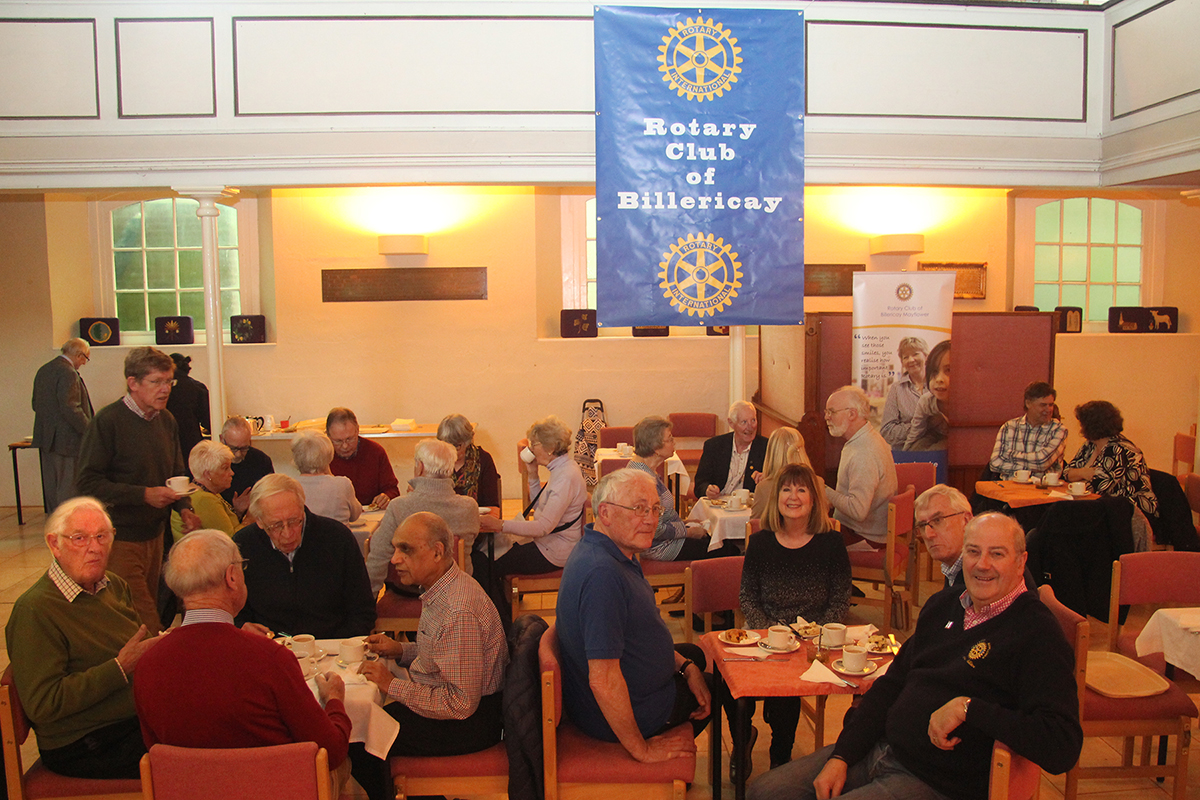 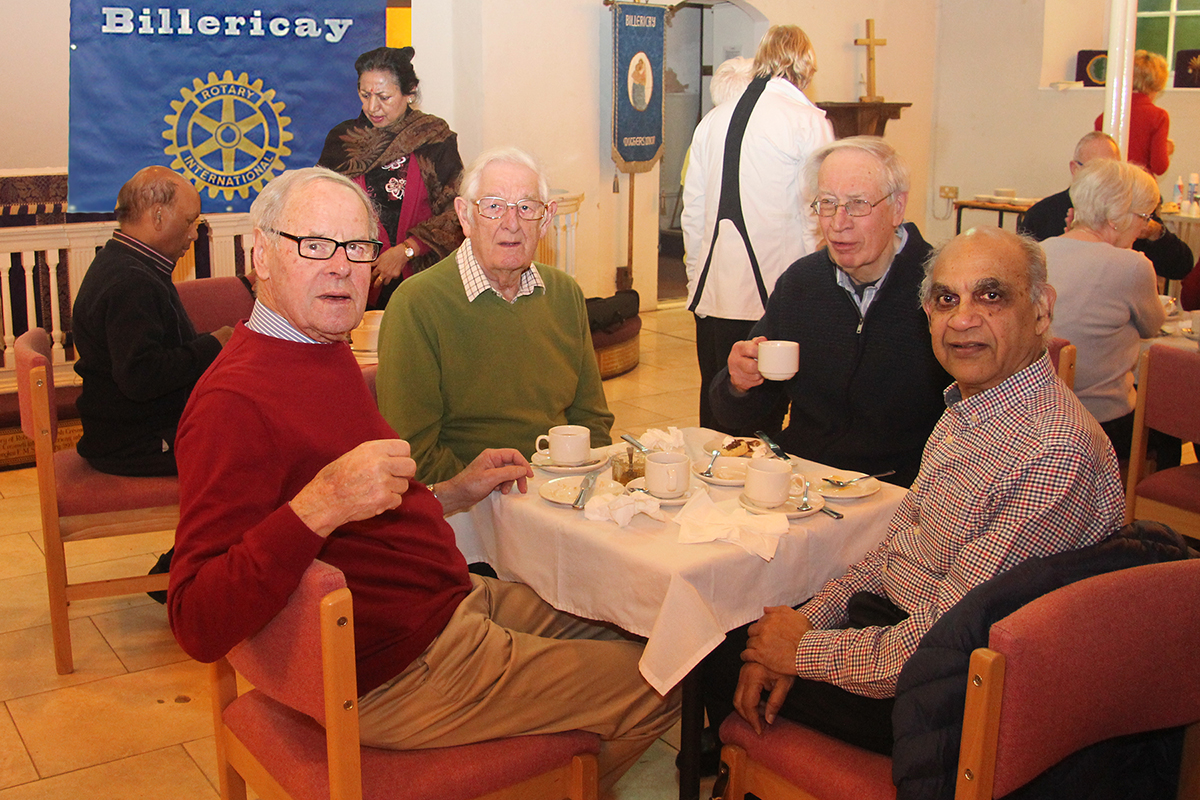 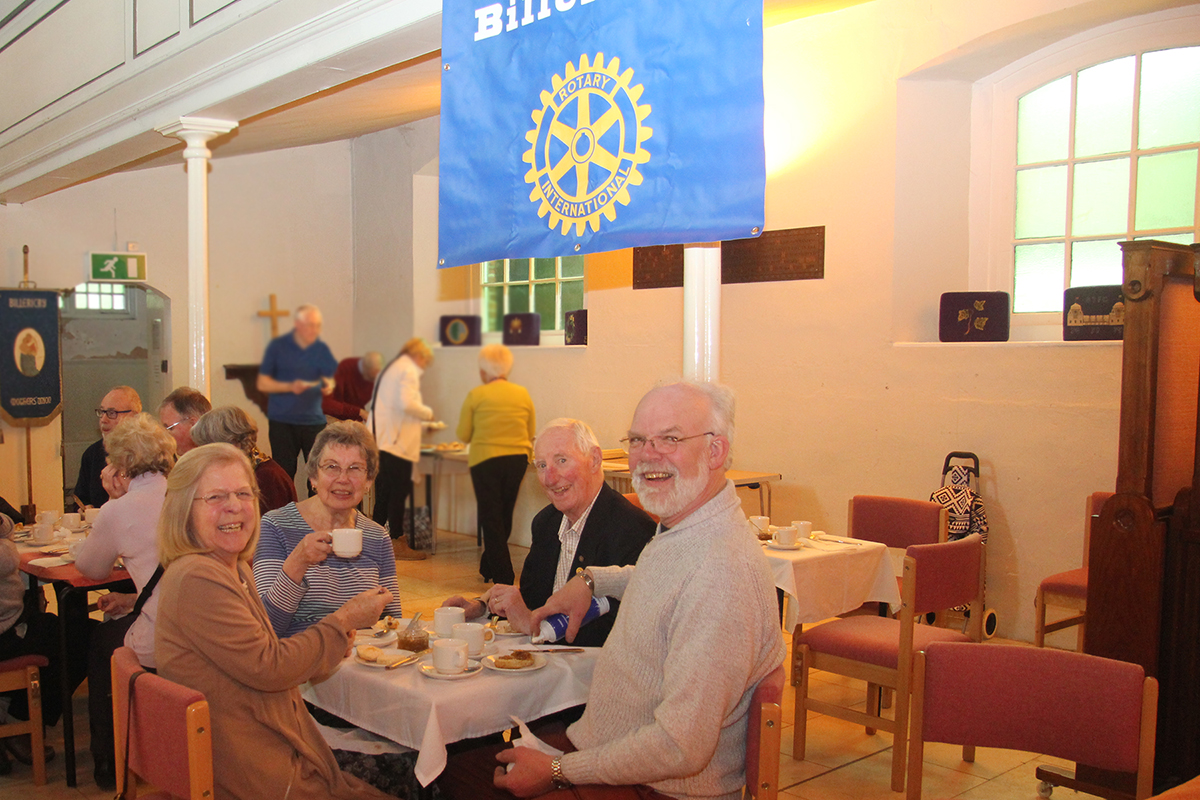 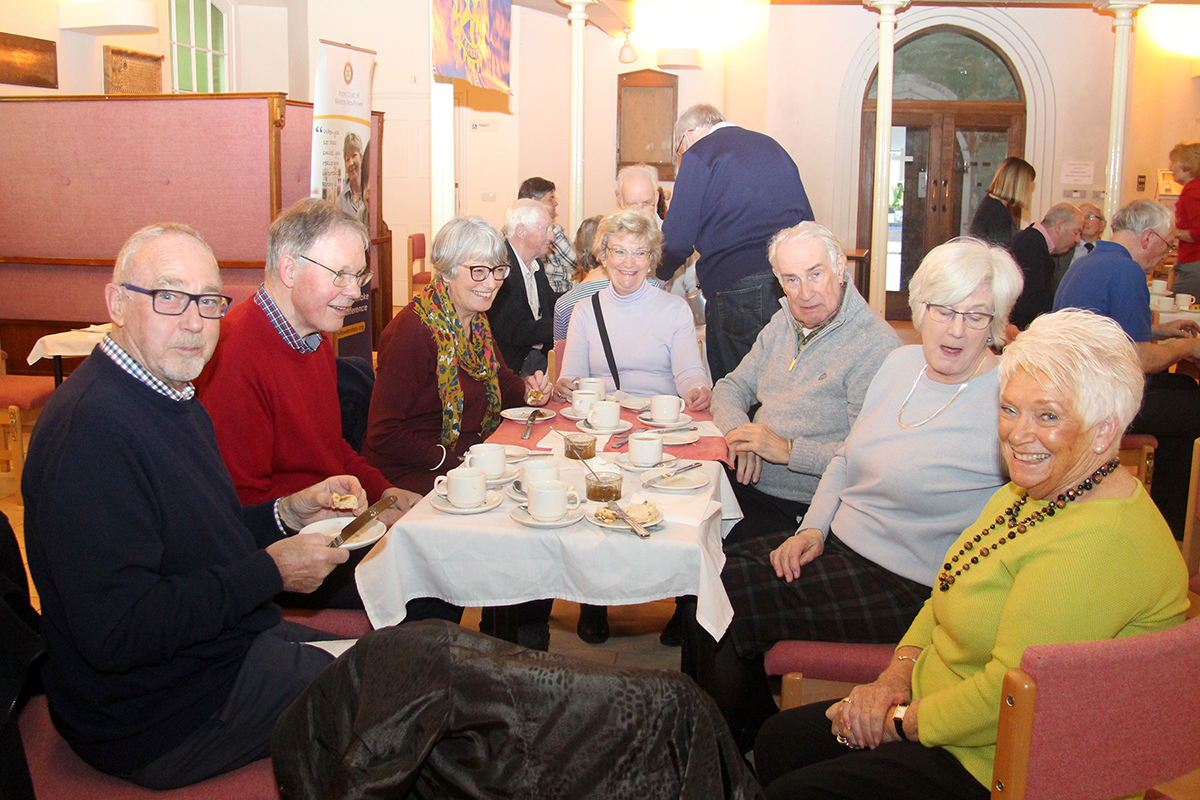 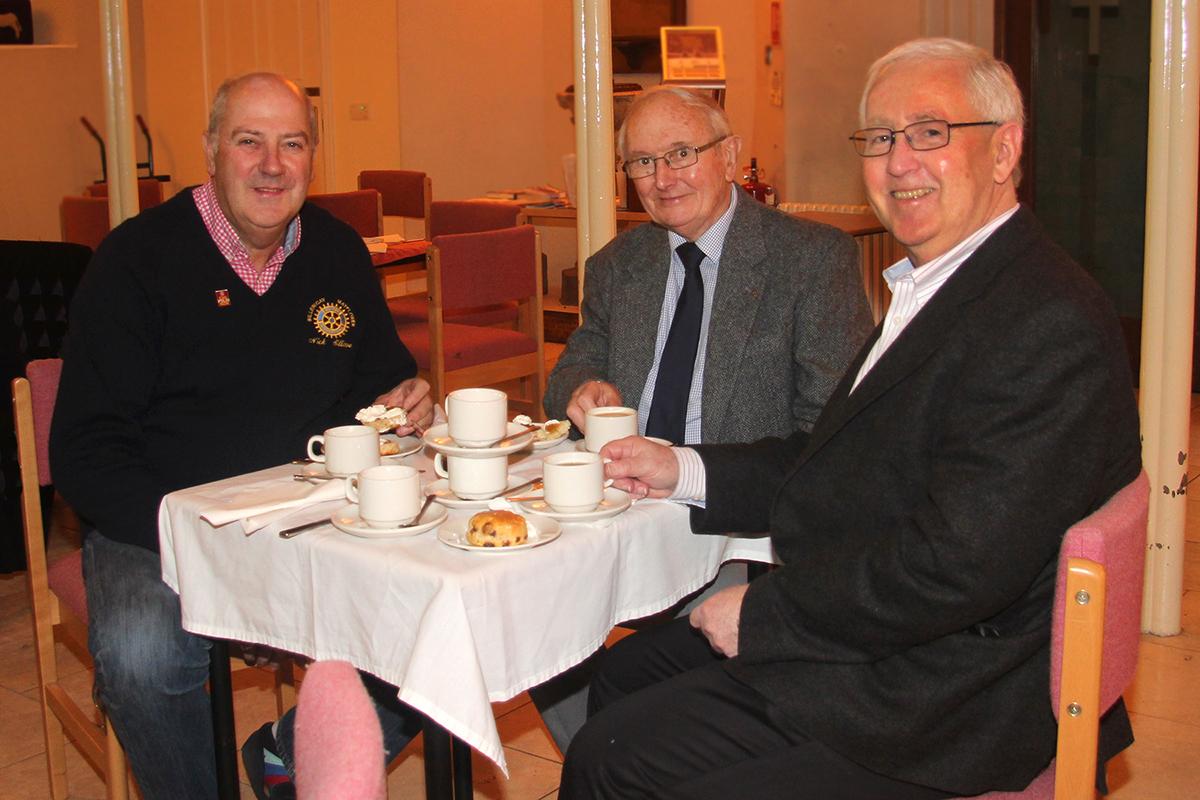 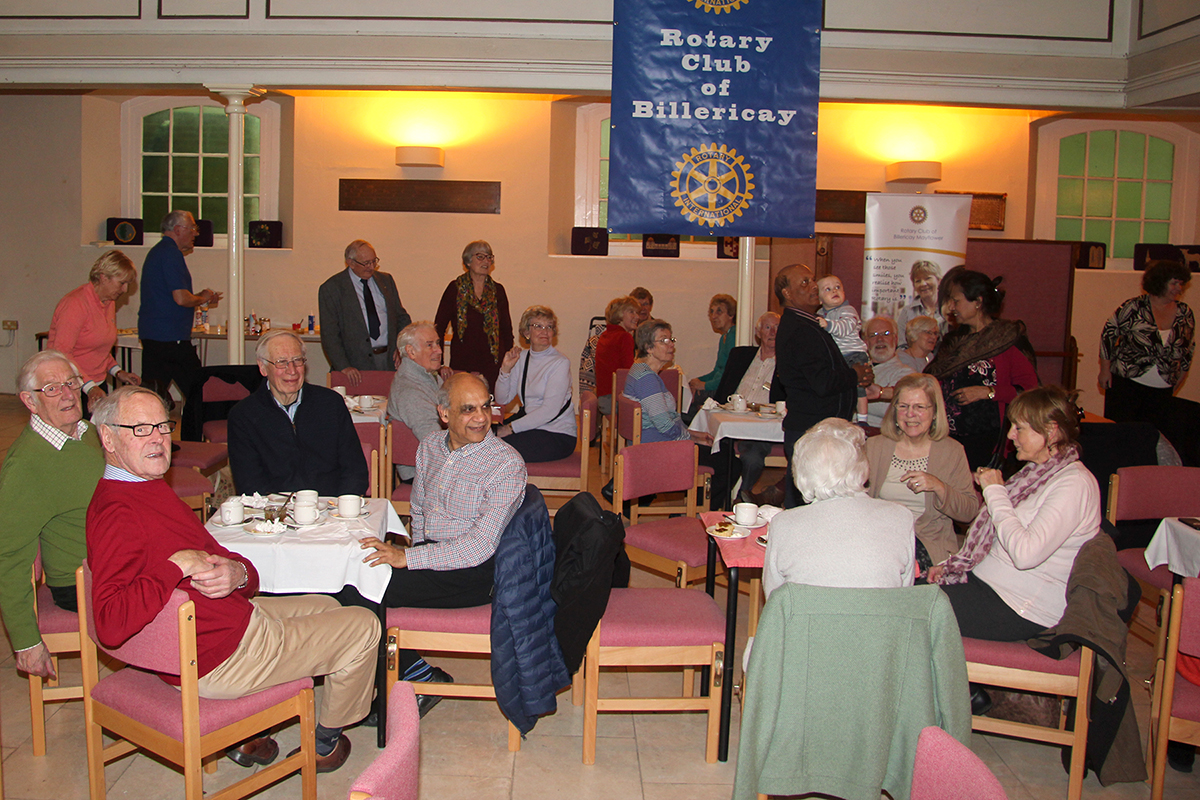 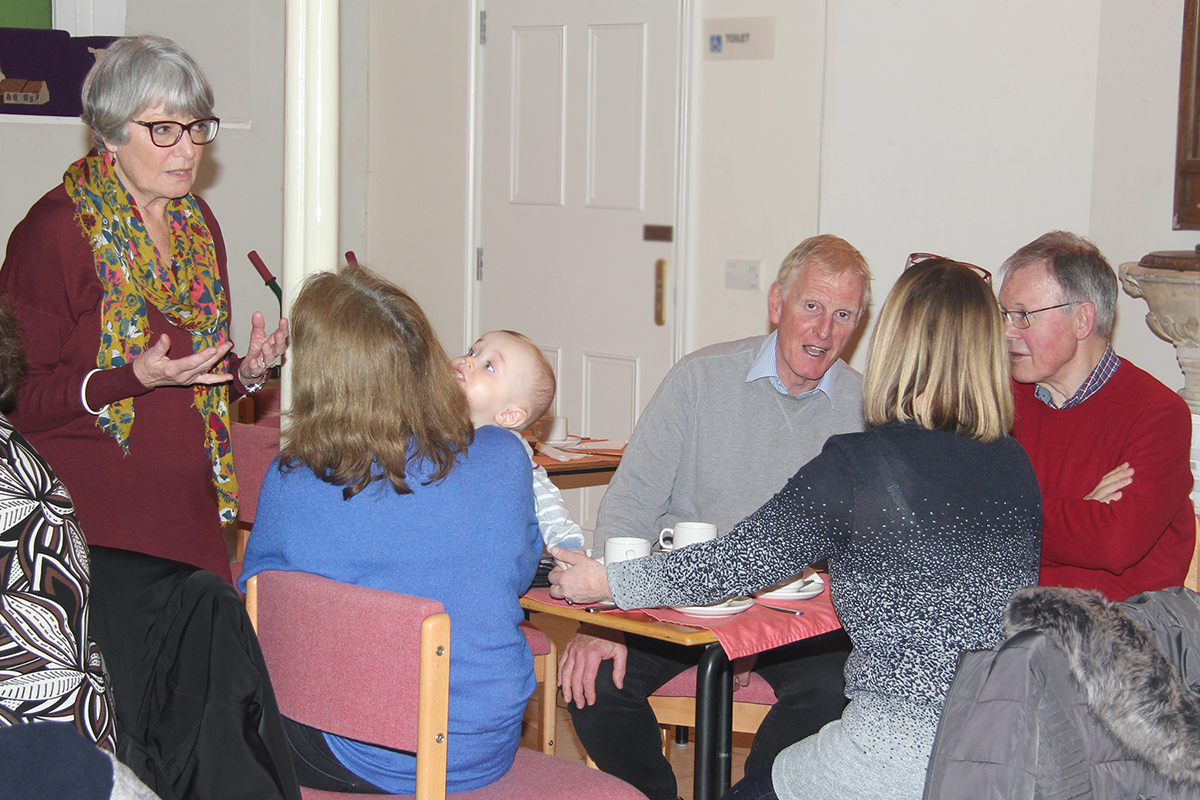 Time for Tea and A Jam-packed  Celebration

When it comes to supporting a major Rotary cause, our Club never flinches from the battle. Particularly in the fight against polio. On Wednesday March 8 we gathered in St Mary Magdalen in the High Street for a Purple4Polio Tea Party commencing at 4.00pm.

On that day and at that time, Rotarians from our club and the Rotary Club of Billericay Mayflower joined Rotarians across Britain and Ireland to take a break for tea and jam to celebrate a historic milestone:  their dramatic success to date in the ongoing campaign to rid the world of polio.

Rotary Clubs across Britain and Ireland hosted simultaneous Purple4Polio Tea Parties.  The tea parties will all begin at the British tea-time of 4pm.

The Purple4Polio campaign resonates with the International Women’s Day 2017 objectives ‘Be Bold For Change’ and Rotary fully supports gender equality.   The Rotary polio campaign is particularly relevant to women.   It dates back to 1985 and the ambitious promise Rotarians made to the mothers of the world that polio would be eradicated and their children would no longer suffer from the life threatening and crippling disease.  That promise is on the brink of being fulfilled, with just 37 polio cases in three countries in 2016.   There are real hopes that 2017 will see the last case of polio worldwide.

A National Campaign
The IWD Purple4Polio Tea Parties kicked off with a media launch at the Rotary London headquarters in Regent’s Park.  It was opened by TV Presenter Konnie Huq with celebrity guest speakers including Jane Garvey of BBC Radio 4’s ‘Woman’s Hour’ and Purple4Polio Ambassador and broadcaster, Julia Roberts.
To support the tea parties and Rotary’s campaign to end polio forever, Typhoo Tea, the second largest tea manufacturer in the UK, organised a tea-tasting at the launch, and donated tea and branded disposable mugs.  As a result of an initiative from a Rotarian in our District 1240, Wilkin & Sons Ltd. (Tiptree Jam) has given 52,000 specially branded jars of either Greengage or Early Rivers Plum Jam to every single Rotarian across Great Britain and Ireland!

Raising £3 million
We are encouraged to use the jam to raise awareness of the Purple4Polio campaign and to fill the empty jars with coins.  By donating a minimum of £2 per jar (worth at least £3 in store) and collecting donations in the empty jar, we expect that a target of raising £1 million for Purple4Polio can be reached, and with matching funding through Rotary, this £1 million will become £3 million.

This is a joint effort with our colleagues from the Rotary Club of Billericay Mayflower and Billericay Inner Wheel, with the scones to go with fillings, jam, etc. from the Wilkins Jam Company provided by the Inner Wheel.

Rotary - Leading the fight against Polio
For over 30 years, Rotary and its members have been committed to fighting to eradicate polio across the world. The amount of polio-endemic countries has dropped from 125 to just three, with over 2.5 billion children receiving vaccinations thanks to the help of Rotary.
With eradication now closer than ever, Rotary International in Great Britain and Ireland’s latest campaign, Purple4Polio, is designed to unite communities to engage in activities as part of the final push to eradicate polio for good.
The campaign ties in with the 100 year anniversary of The Rotary Foundation, Rotary’s own and only charity, which has played a key role in making polio eradication become close to a reality, along with hundreds of other projects both in Great Britain and Ireland and overseas.
International Women’s Day (IWD) is Wednesday 8th March and the theme for 2017 is ‘Be Bold for Change’.  This ties in with Rotary and its End Polio Now and Purple4Polio campaigns.  Rotary GB&I President Eve Conway is therefore organising a high profile Purple4Polio Tea Party in London at 4pm on International Women’s Day.   Clubs and districts across all of Great Britain and Ireland will help this effort by holding their own unique Purple4Polio tea parties, taking place all across the country at the same quintessentially British tea time