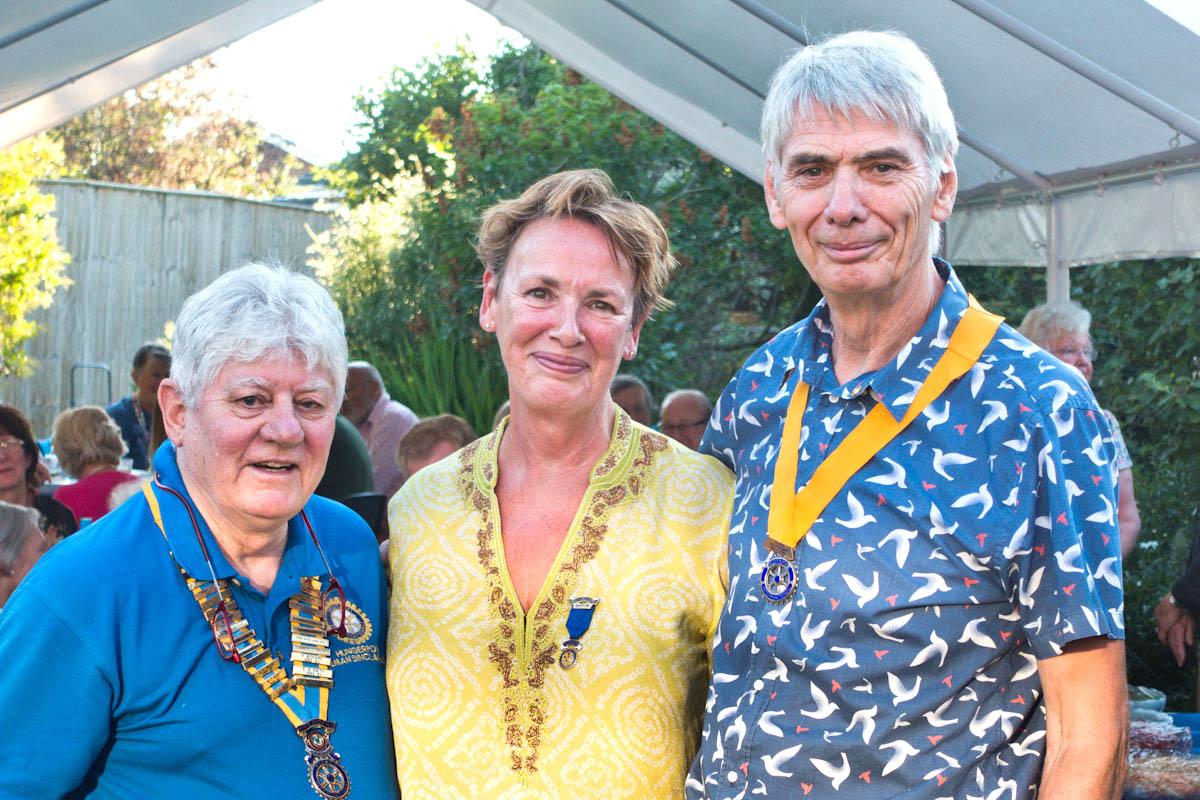 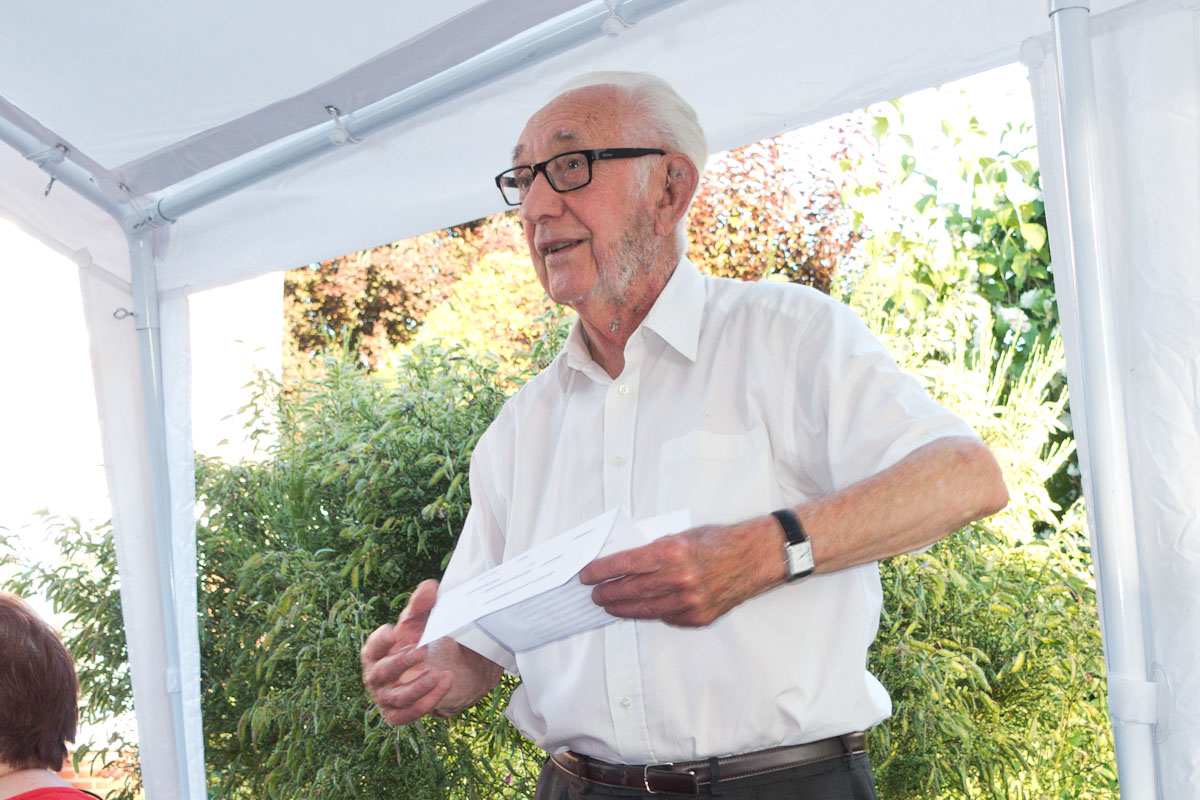 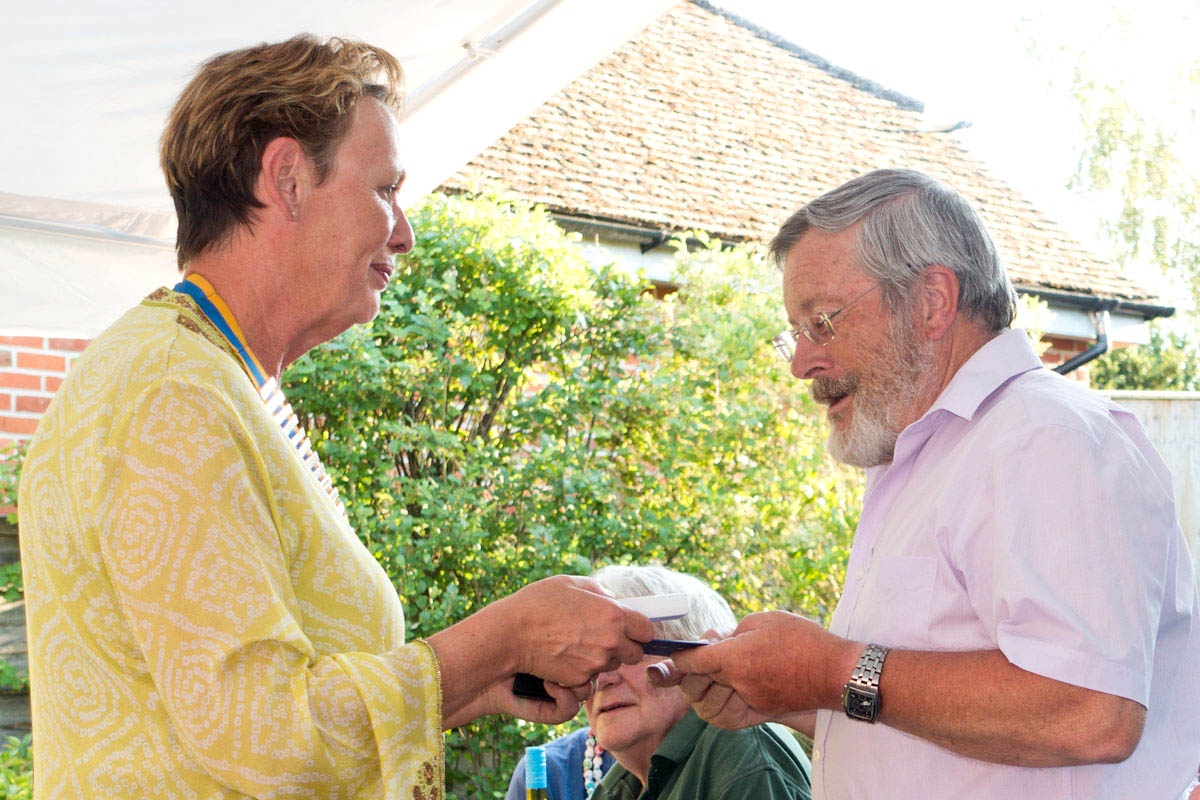 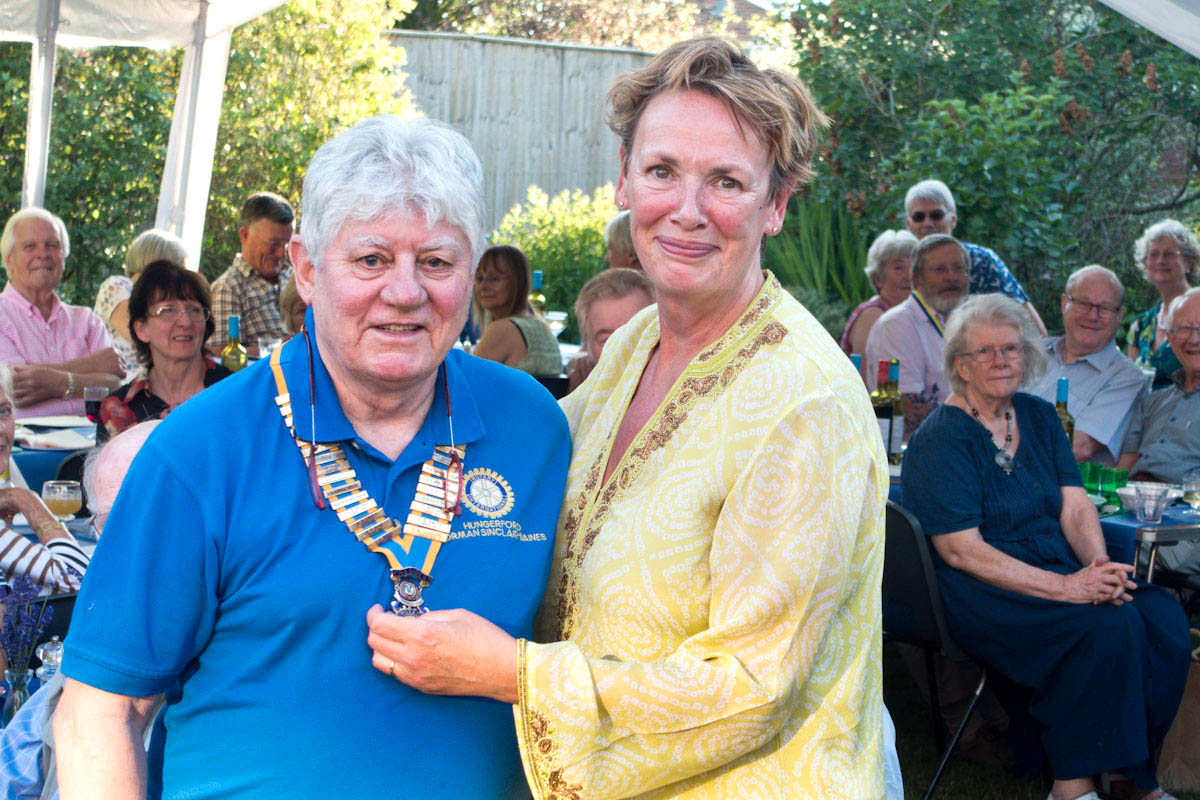 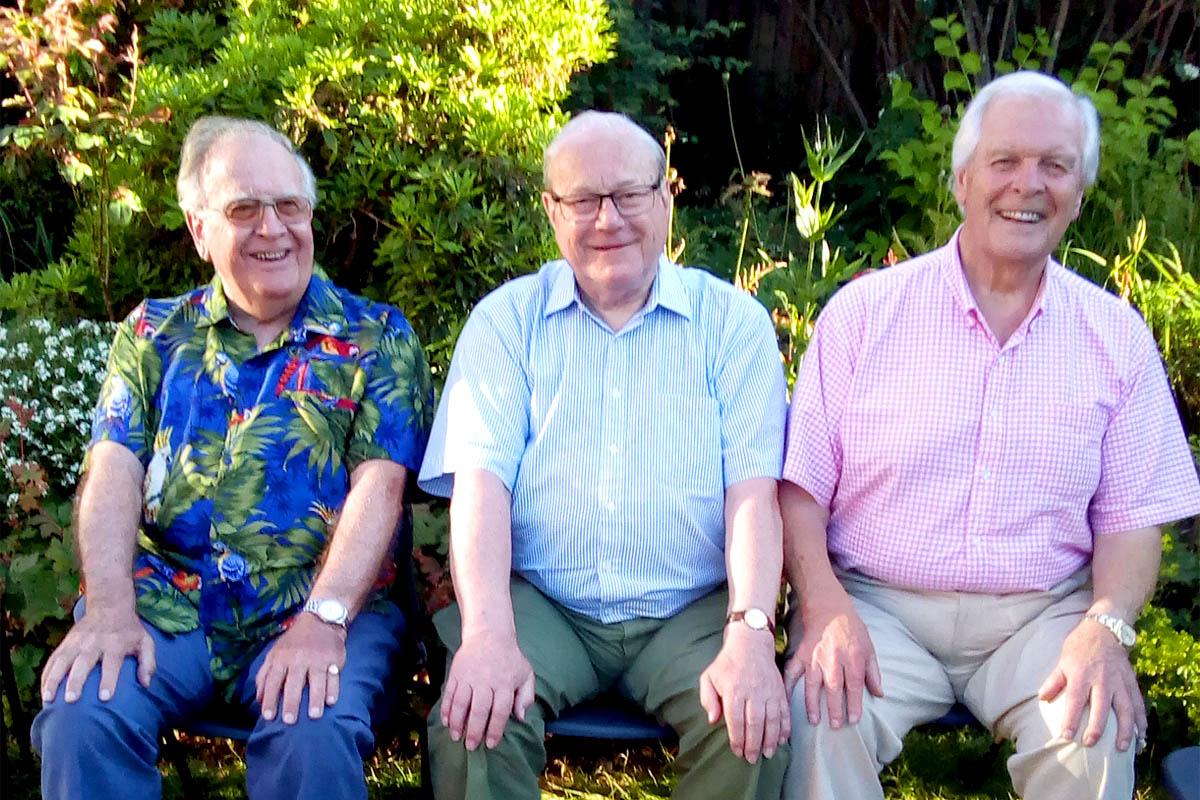 The weather was ideal for this year's Club BBQ and Handover.

Lots of Club members had joined forces to put up the Marquee in Norman and Sue's garden. It provided some welcoming shade for the diners. Neale and his helpers organised some excellent BBQ food. Everyone commented on the excellent choice of meat which was sourced from the new High street Butcher, Christian Alba, by our own James Brown. Our thanks also go to Squires Bakery for the rolls.

A surprise announcement from Ron silenced everyone as he read out a citation leading to Graeme Sleeman receiving the honour of a Paul Harris Fellowship. Ron explained to the club's members that the award was given for Graeme's charity work both as a member of Round table and for his community work as a magistrate. Ron also praised Graeme's commitment to Hungerford Rotary club not only as treasurer but also arranging a number of events over the years including The Santa Fun Run and the Bruce Barge trips. President Fiona presented the award to Graeme.

An excellent evening was enjoyed by all.

Thanks to Isobel for the picture of the Rotary Statesmen.