News about us and our work

Latest news about what's going on, upcoming events and activities of the Club 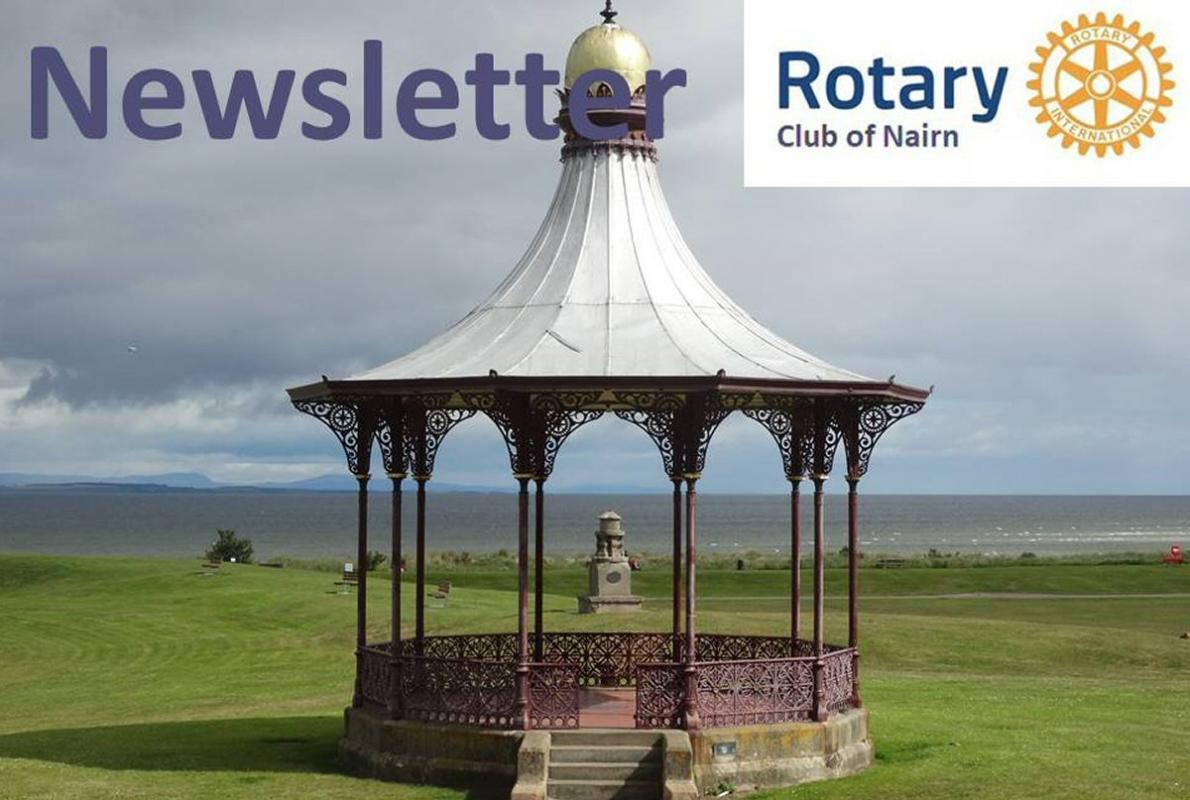 Help the Club to deliver services and support to the local community by contributing - just click on the donate button and donate whatever you wish.

At its annual Assembly meeting on 30 June, the local Nairn Rotary Club appointed Ian Bryce as its new President for the year ahead. It also heard of the ambitious plans for change within the club. Ian takes over  from Laurie Fraser, Declan Flynn takes over as secretary, and Bill Wilson continues as treasurer.

The meeting was held using Zoom video conferencing system, with 13 members attending from their own homes. A similar approach has been used by the Club to host regular quiz nights, to keep members engaged during the lockdown.

Looking to the year ahead, new President Ian highlighted the five key areas of the club’s action plan, which comprised community services, social and fund-raising, membership, youth and publicity. The prime objectives were to extend the membership, particularly to attract members from a wider range, and to rethink the format of the regular meetings to be more relevant and attractive to members. The Club would be continuing to raise funds to provide amenities for the local community, and to support good causes locally and nationally. It had a full programme planned for fund-raising activities prior to the lock-down, most of which had to be postponed. This would now be carried forward, with other activities, possible within the constraints of social distancing, being added.

This year again saw a successful programme of work with the Rotakids programme in the primary schools, and it was hoped to extend this to engage with other schools and with parents of the children involved.

The club was also looking to enhance its presence in the town through more prominent signage and enhancement of the decorative rose-bed, to complement a stronger engagement in the community.

Carol Stewart, Assistant District Governor for the Scotland North District of Rotary, addressed the meeting in very positive terms, praising the work of the members in not being deterred by the lockdown, and rising to the challenges which it presents.

Our AGM was held on 18 May  by video conference and was well-attended. Using video conferencing was just one of the many changes we have had to introduce to meet the constraints imposed as a result of the Covid-19 virus. Just because we're indoors and can't meet up doesn't mean we're inactive! Regular quiz nights are being held, by video conference, and Rotary members kep in touch with each other and continue to support one another. The various committees also continue to meet and plan their activities, again through the wonderful medium of video conferencing!

Primary 4 Rotakids  at Rosebank have finished planting the hedge in the grounds (see the photo under "Rosebank Rotakids" below); over 250 saplings have been planted to form a nature hedge with flowers and fruits to encourage wildlife and to reduce the impact of the traffic fumes from the A96. Hopefully it will be  a reasonable height by the time they are in P7.

Meanwhile, Millbank Rotakids collected 550 books for the charity "Books Abroad". Quite an achievement!.Just look at the boxes of books ready to go off to the charity.

Rosebank Rotakids have been busy in the run-up to Christmas, planting a row of trees and bushes along the boundary with the A96, to help improve the air quality in the school environs as well as to provide a place for wildlife to live and feed. In the photo are the 52 children who planted the trees, standing behind just a small section of the hedge they have worked to create.

Grand indeed - a great turn-out at the Nairn Community Centre on 16 November to see the Inverness Fiddlers and "The Broads".


Doug Stuart, leader of the Inverness Fiddlers and Fiona Sellar, leader of "The Broads" did us proud with a jam-packed programme of great music to an equally jam-packed auditorium.

At a recent weekly lunch meeting, Nairn Rotary President, Laurie Fraser, presented a cheque for £550 to Gill Maclean, Manager of the Nairn Citizens Advice Bureau. This followed an excellent presentation from Gill describing the early history of CAB nationally, and the development of CAB in Nairn. She gave examples of the ways in which the local bureau helps local people, with everything from helping to complete forms for benefits payments, to advising on day to day issues. Through its links with other charitable bodies in the area, it can direct people to food banks, sources of emergency funds and other services. CAB relies on its band of volunteer advisers, supported by a small core of paid specialists. Gill explained that the current premises occupied by CAB are too small and cramped for their needs, and often leads to people having to wait for lengthy periods in quite uncomfortable surroundings. The branch has been looking for alternative accommodation for some time, and Gill explained that there may be light on the horizon.

Nairn Academy pupils Eilidh Smith and Alasdair Beaton receiving their Certificates of Achievement from their sponsors the Rotary Club of Nairn. Also in the photograph are left, Christine Mackenzie, Nairn RYLA and Youth team leader and on the right, Sheena Macgillivray, District RYLA girl’s camp leader 2019.

The week long residential course saw them experience activities including hill and gorge walking, canoeing, mountain biking and many more. They developed leadership skills through group leading and problem solving in a programme of challenges, fun and adventure.