A most successful competition with excellent contributions from the contestants 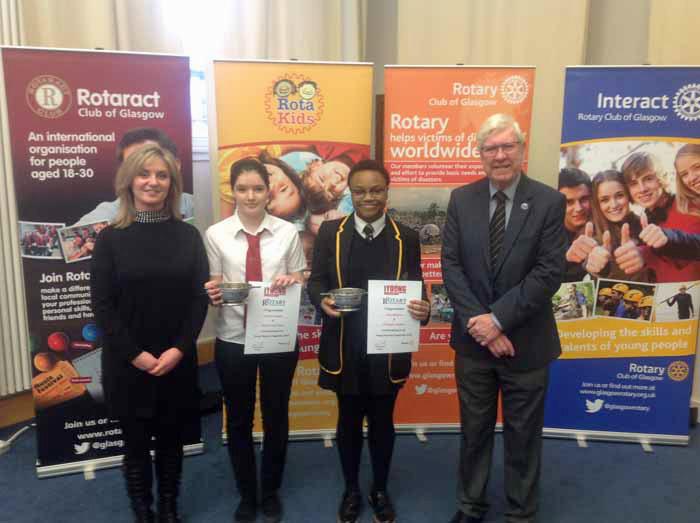 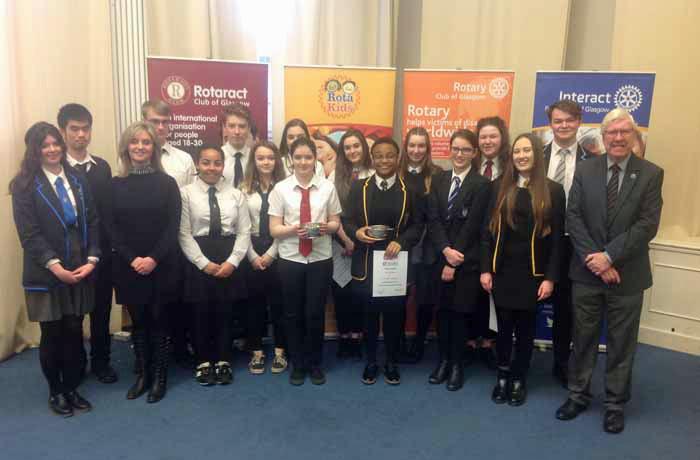 Thursday 18 January saw the 3rd annual heat of The Rotary Club of Glasgow's heat of Young Musician which was held in Glasgow City Halls.

From an initial entry of 19 pupils from 12 schools we had 15 from 11 schools participating.  Unfortunately illness and School prelims reduced the numbers.

The Club is very much indebted to Mrs Pam Black, Education Support Officer-Instrumental Music of Glasgow City Council Education Services her Staff and indeed to GCC for co-ordinating the entries through Glasgow Schools, hosting, providing the adjudicators, accompanist and hospitality.

There were 6 vocalists and 9 Instrumentalists.

President George Presented the certificates to all participants and the winners with their trophies. The adjudicator was Mrs Jane Ferguson - Head of Instrumental for East Dunbartonshire..  PP Bill Christie was Master of Ceremonies as Pam Black had  "lost her voice"

The winners will now go forward to our District 1230 Final on March 18 at The Royal Conservatoire of Glasgow.