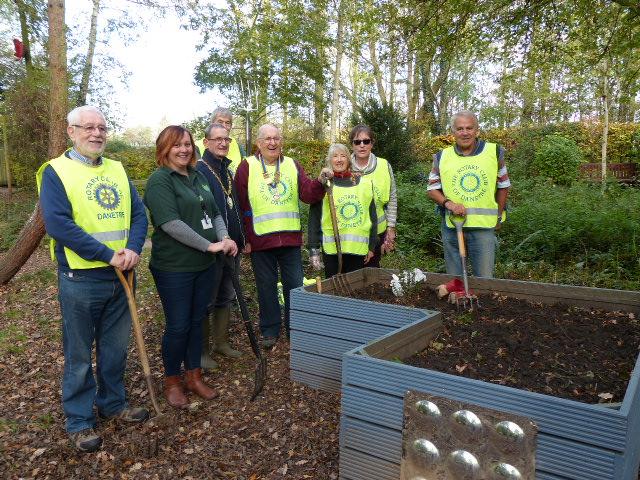 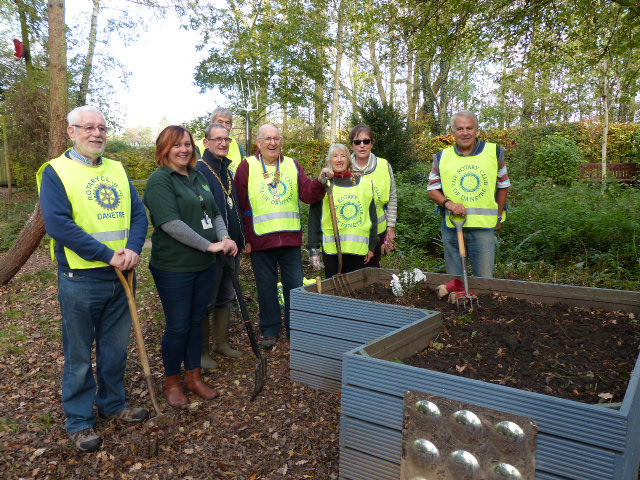 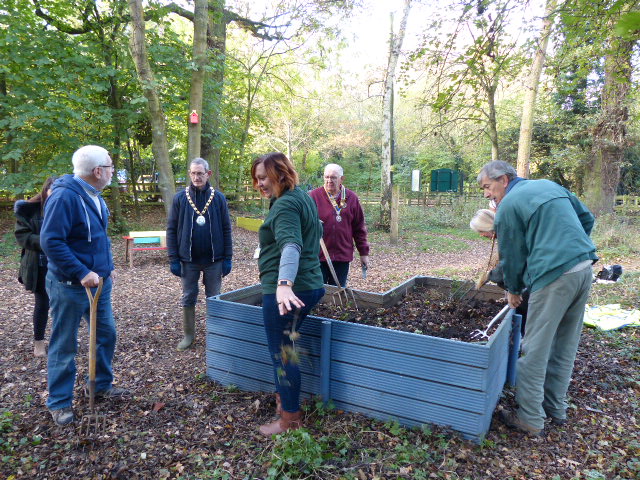 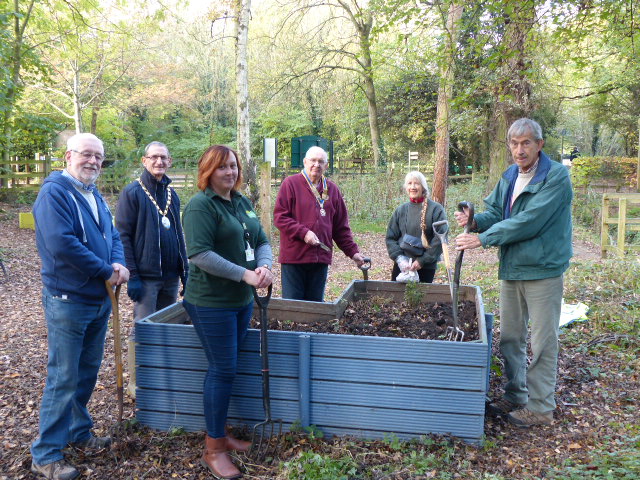 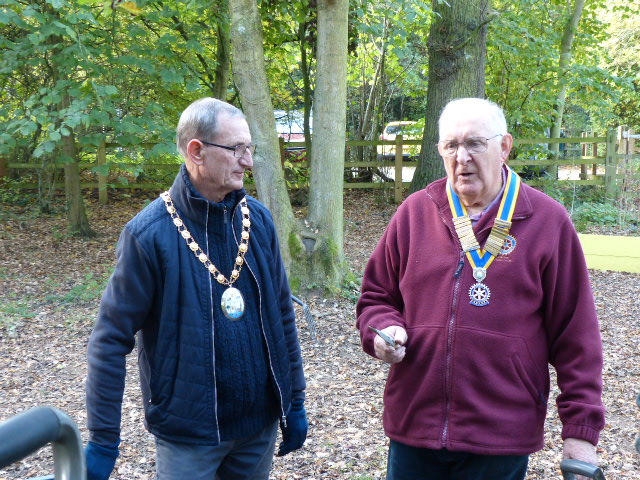 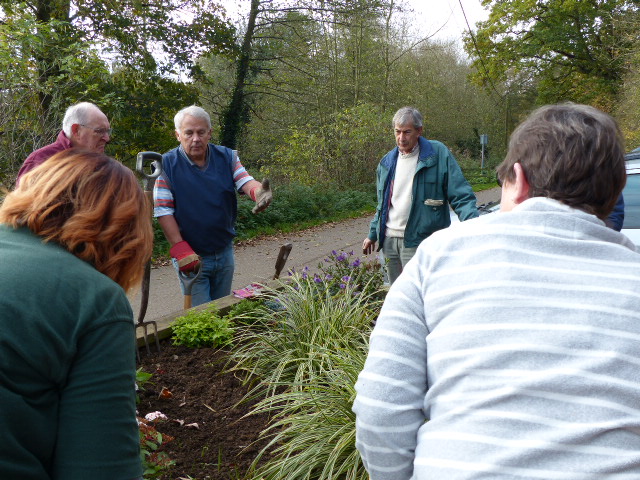 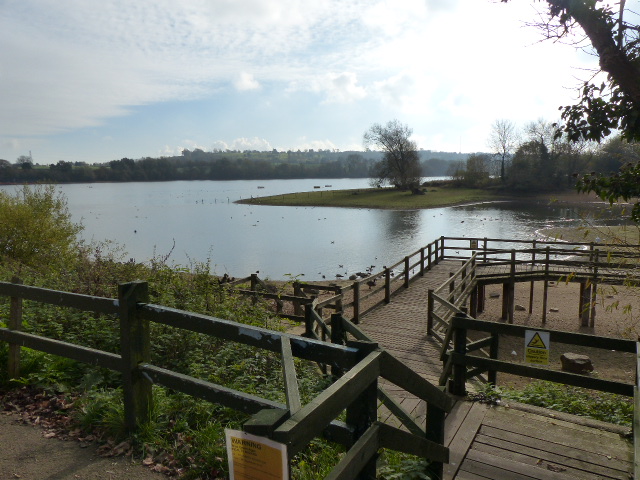 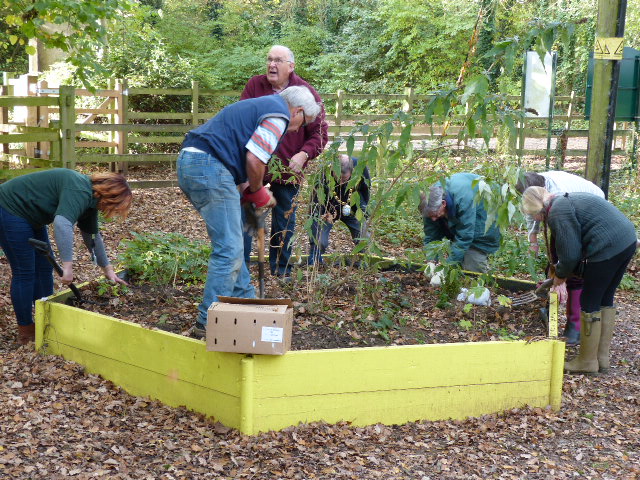 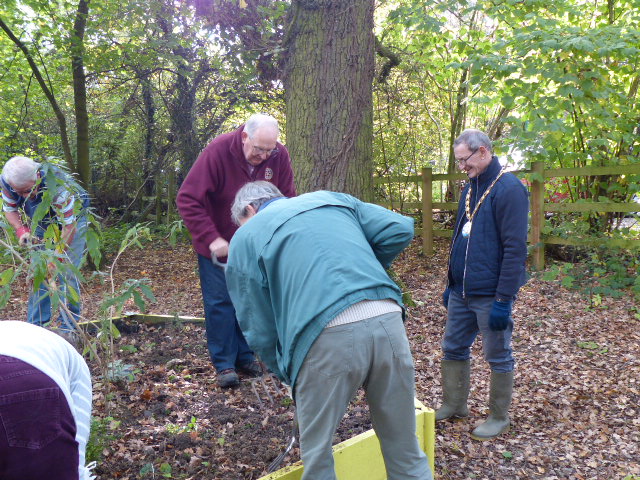 On Friday 3rd November 2017, the President of Daventry ‘Danetre’ Rotary Club (Nick Blunt) assisted by a number of their Members, completed the planting of Purple4Polio Crocus Corms in Daventry Country Park ready for next spring and expected to be in full flower at the time of next year’s Purple4Polio “Tea Party”.

The Mercure Hotel – where Daventry ‘Danetre’ Rotary Club meet each Monday evening – was planted with 5000 Crocus Corms last year ….. so being just adjacent to the entrance, will be greeting their Guests again next Spring.

The further 2500 Crocus Corms now planted in Daventry Country Park, mean that a total of 15.000 Purple4Polio crocuses will now be flowering every Spring in and around the Daventry area. With the recent new location in the “Twinning Area” – [[Many thanks again to Daventry Town Council]] – and with other new village locations in Welton, Wilton and Woodford Halse; now joining those that were planted last year in Braunston.

The planting in various locations and beds within Daventry Country Park, was arranged thanks to Gemma Mason, the DDC ‘Community Projects Officer’ and their Community Team. We were also pleased to welcome David James the Chairman of the District Council, who joined us for the planting and appears with ‘Danetre’ Rotary President Nick in the official pre-event ‘photo call’. 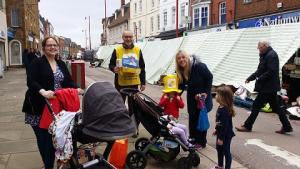 Every year Danetre Rotary Club helps Marie Curie with their Daffodil Collection - and 2019 is no exception. 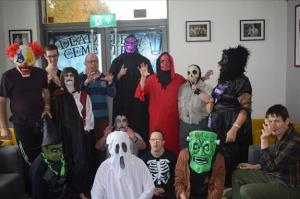 £500 donation made to The Cube Disability 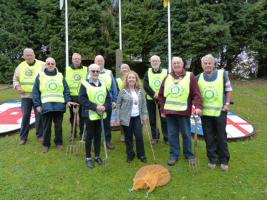 How is Danetre Rotary helping to defeat Polio this year? 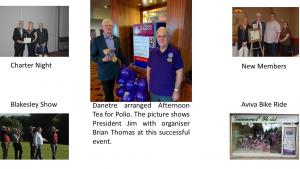 Green Health at Daventry invites you to share its summer harvest of vegetables, salads, herbs, spices and fruit which will be freshly picked on the day to prepare tasty meals cooked in outdoor cooking pots for everyone attending. Green Health is in Welton 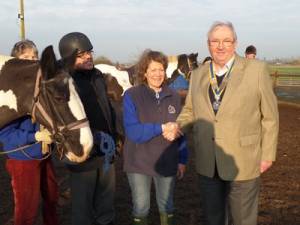 For 20 years, RDA Daventry with the help of a team of dedicated volunteers, has enabled about 12 disabled people a week to ride a pony.

Danetre Rotary Club are please to have helped Home Start in their efforts to support Families in the Daventry Area.

We are overjoyed to have helped Daventry and District Council improve the look of the roundabout adjacent to the Icon Building. Using whips supplied by the Woodland Trust roundabout has been planted in the design of the Rotary Logo.