Purple for Polio at Whitminster School 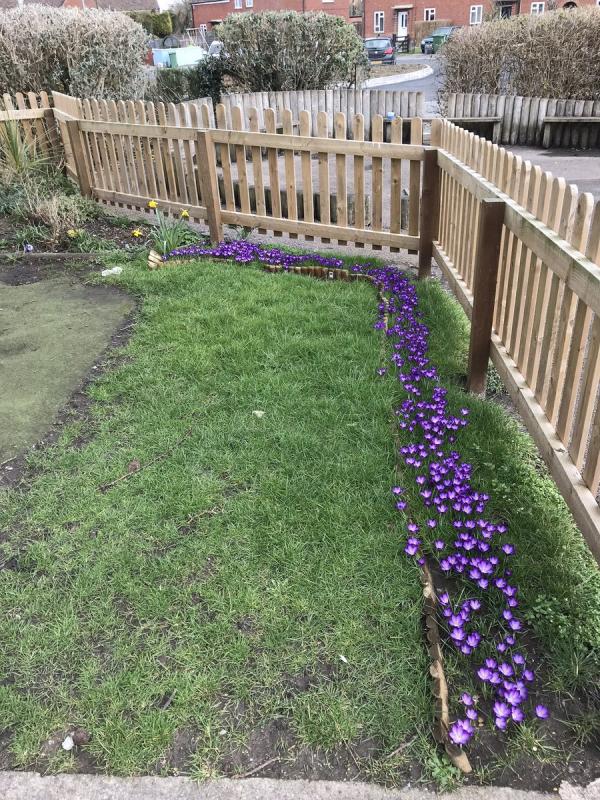 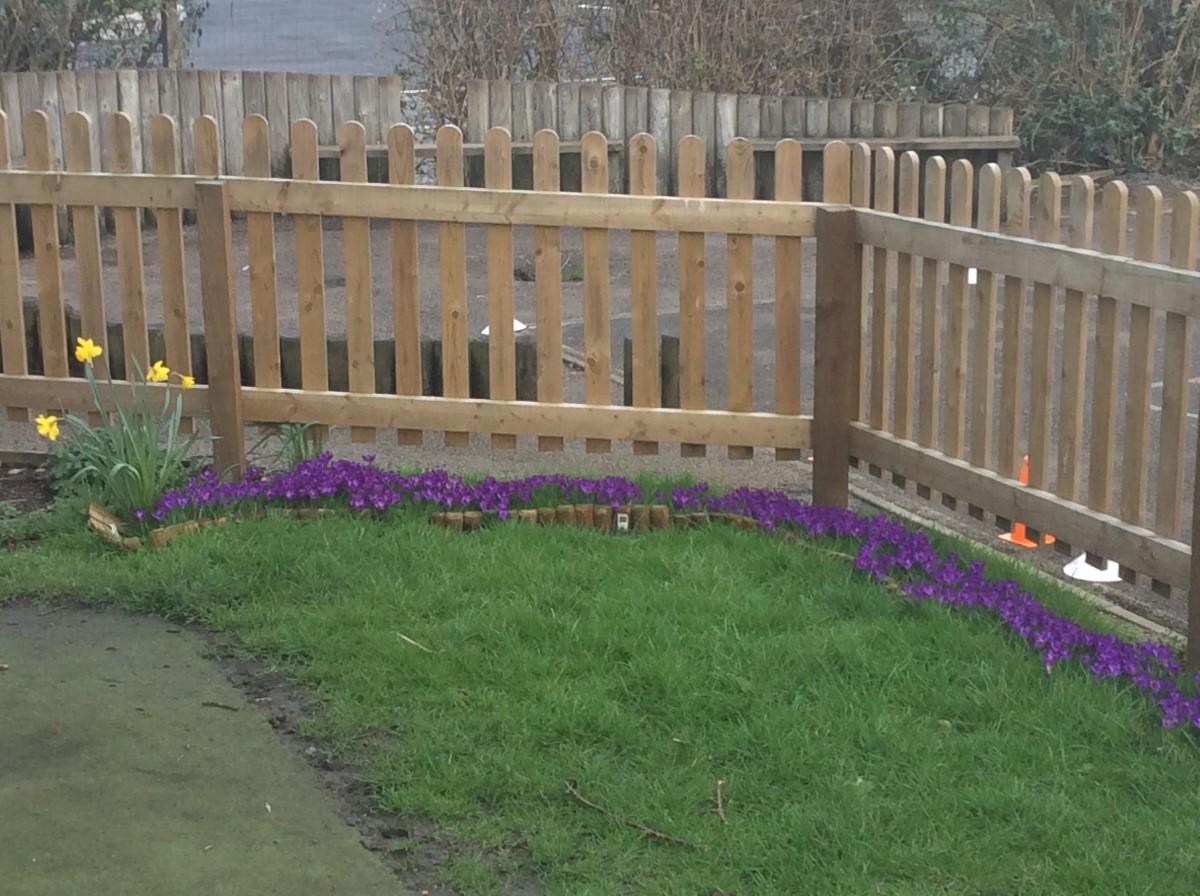 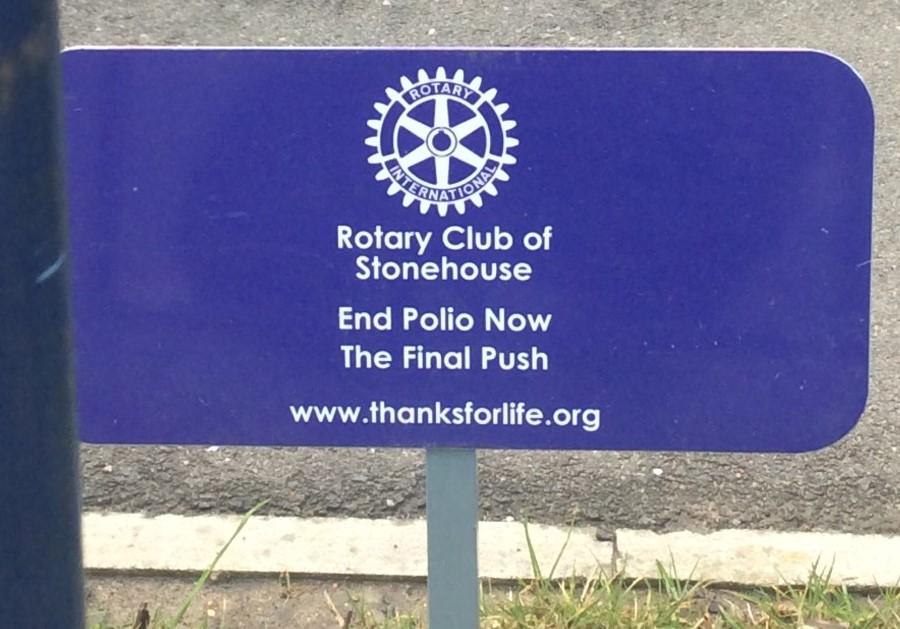 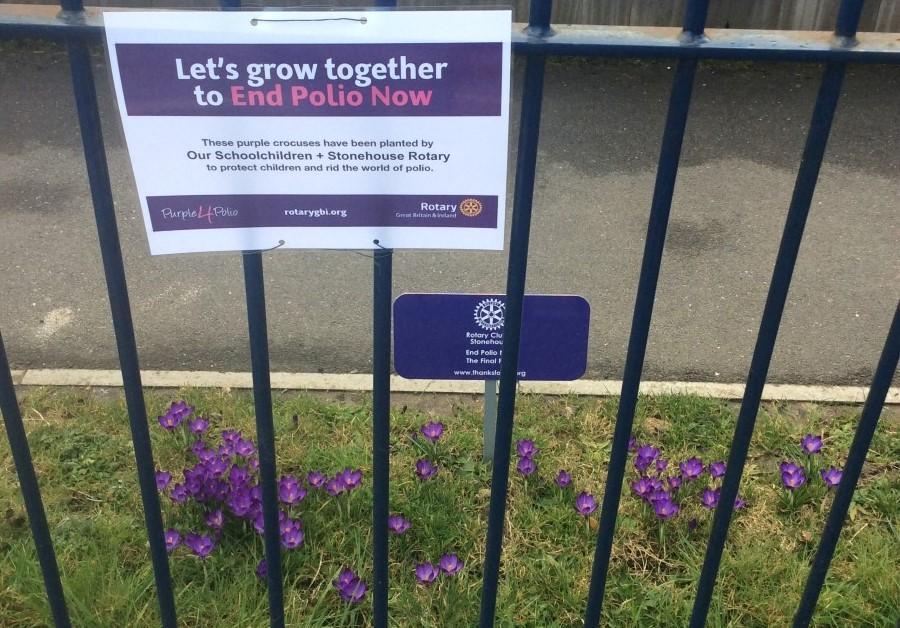 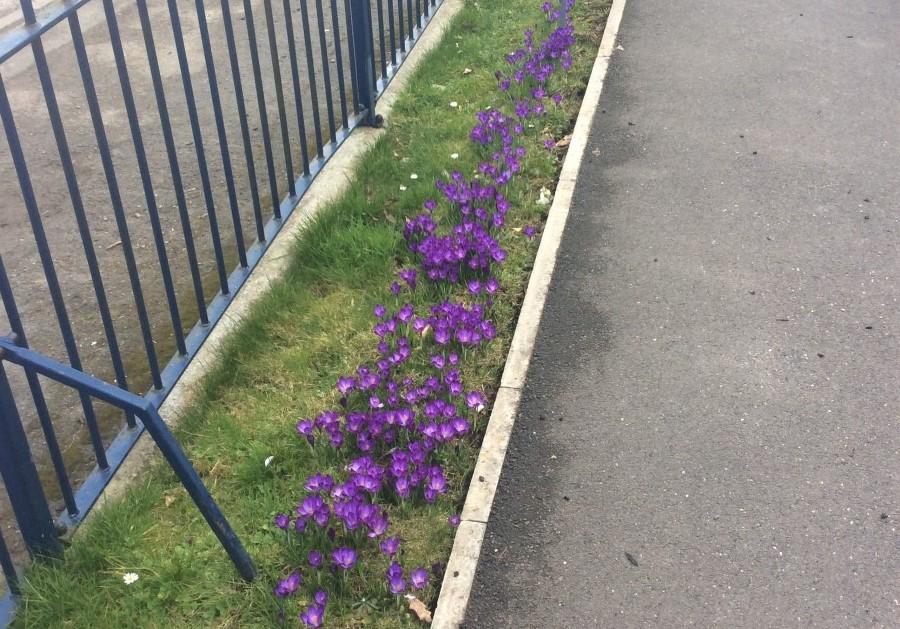 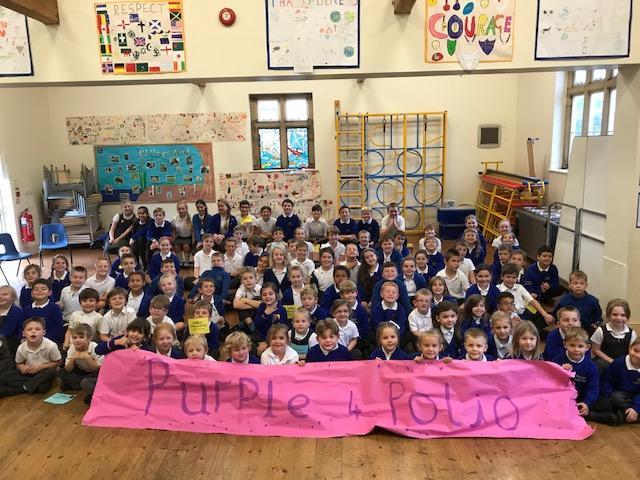 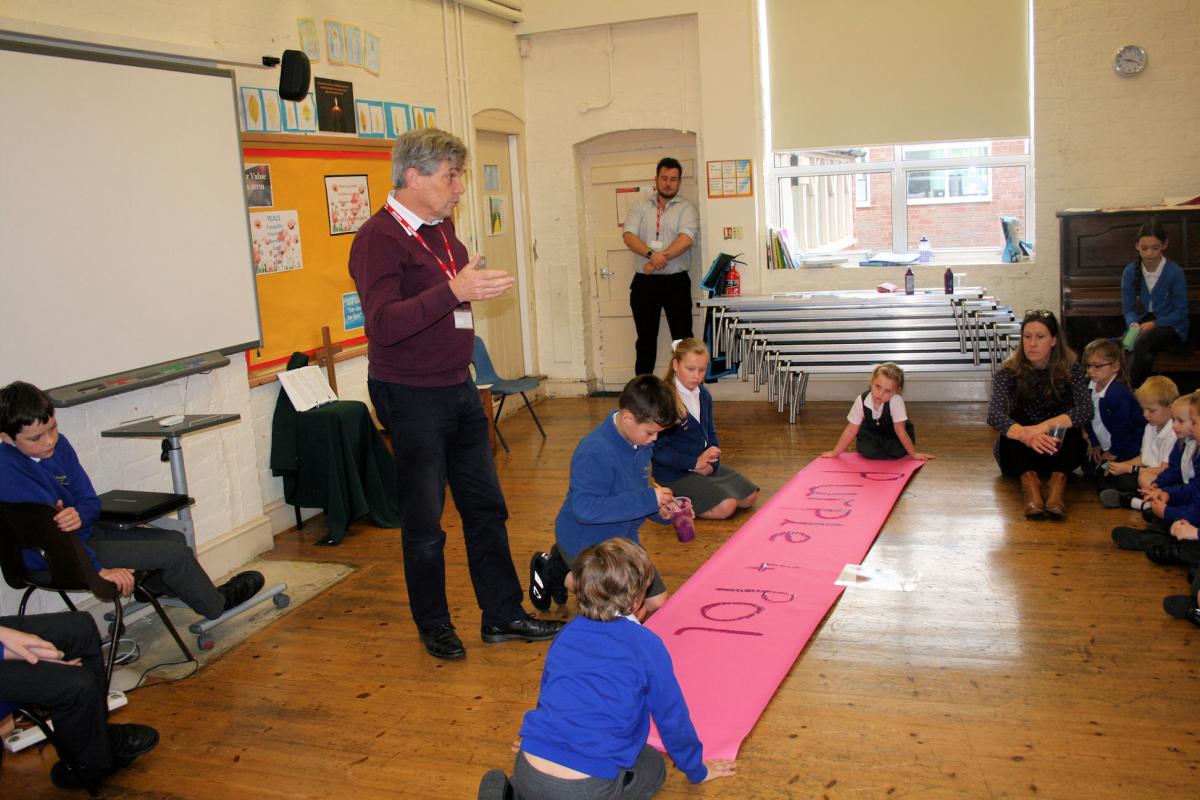 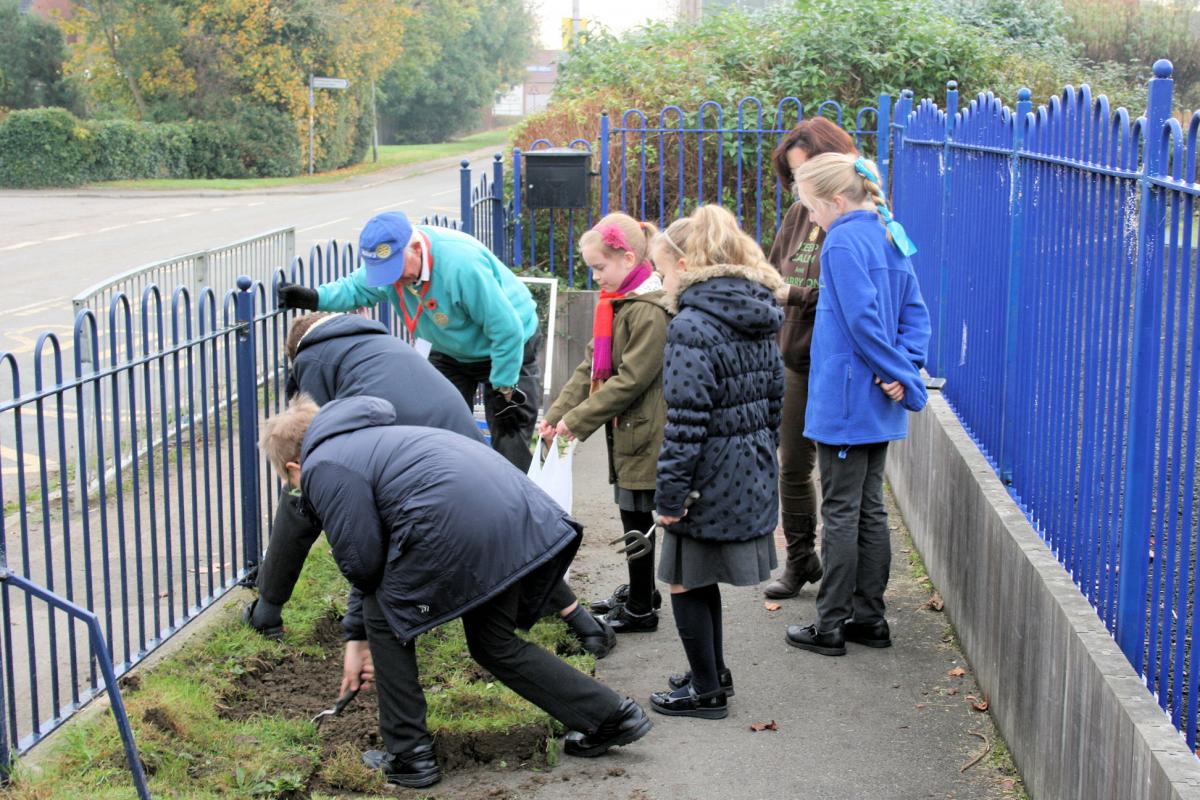 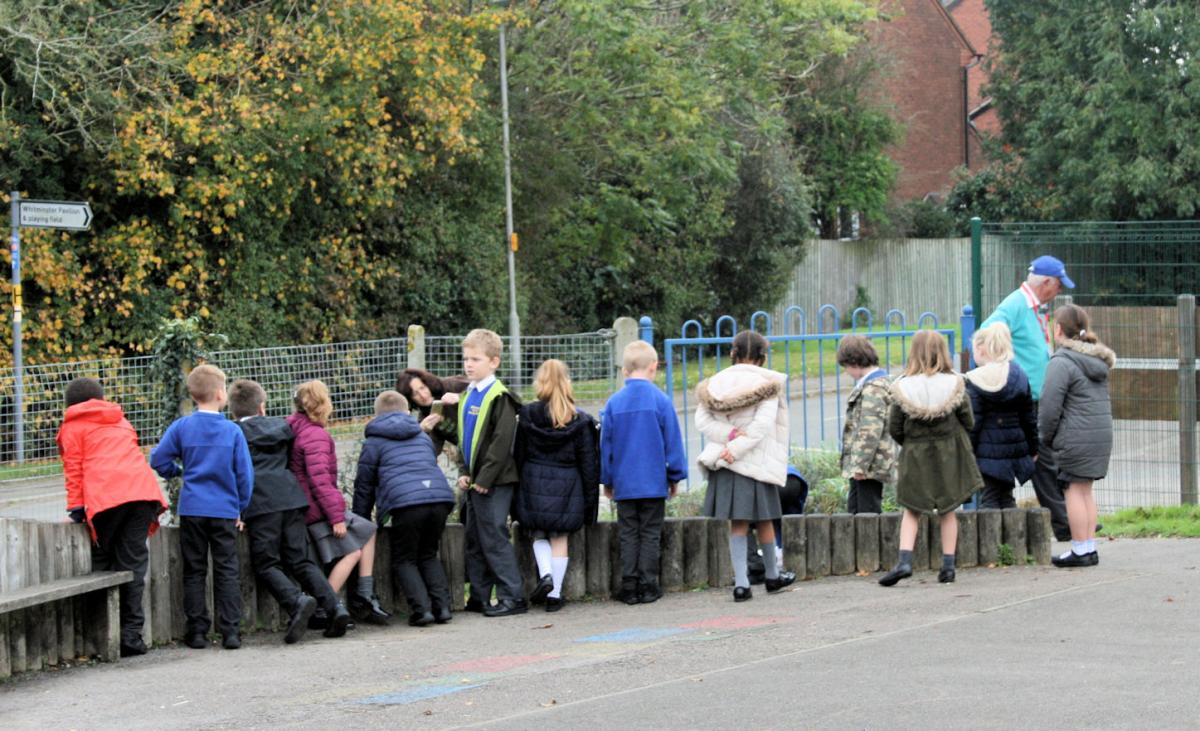 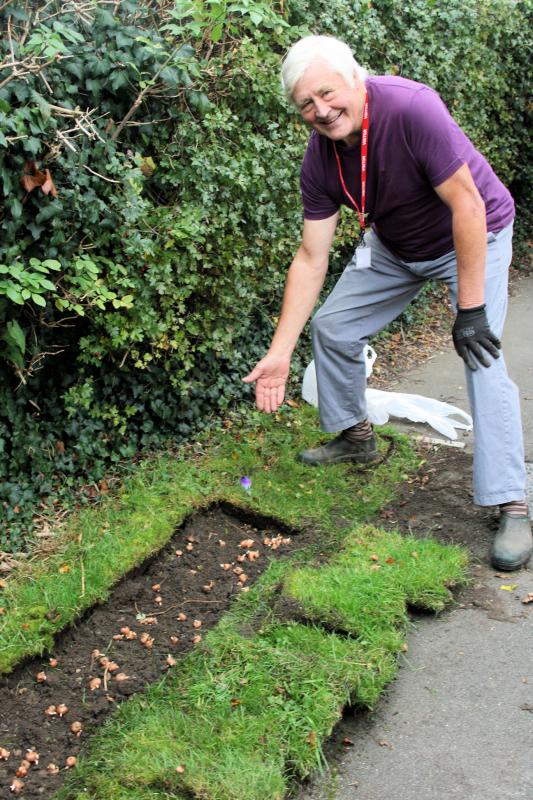 IN SPIGTE OF THE COLD SPRING,THE CROCUS ARE NOW IN BLOOM.

PLEASE HAVE A LOOK SEE.

Before we adjourned to the outdoors, Dr. Charles talked to the whole school assembly.  He told them about the scourge of Polio and how although their Grandparents may have remembered what a terrible disease it was, we were very near to eliminating it from the world.

He drew a comparison with the local success many years ago, when Jenner established the process of immunisation and how it led to the elimination of Smallpox throughout the world.  Some of the children painted the 'PURPLE 4 POLIO'  banner, which was subsequently displayed in the playground.  Several children wanted to have a finger painted purple, just like the kids do to show they have been immunised.

After assembly, Charles Buckley, Derek Rogers, John Morris, Peter Rawll and myself, quickly got stuck into cutting and lifting the grass turves in various areas, suggested by Wendy (eco and gardening teaching assistant).   We all raised a bit of a sweat but managed to stay ahead of the groups of children that came out to sow the crocus corms.    They were sown along the front of the playground adjacent to the footpath, and also around several other small plots that were designated.  All we have to do is now wait for Spring for them to appear.  At that time we will take along the little plaques we have and take some more photos.

The children enormously enjoyed this diversion from their normal routine.  We also enjoyed the refreshments we were given in the staff room, when the job was completed.   All in all a fun and successful morning.

We were made very welcome by Mrs Lisa Hinkley and the school staff, who were very enthusiastic about the project.