Club president Peter Greene did the annual walk of about a mile to raise money for ORBIS, the sight charity and its Flying Eye Hospital. 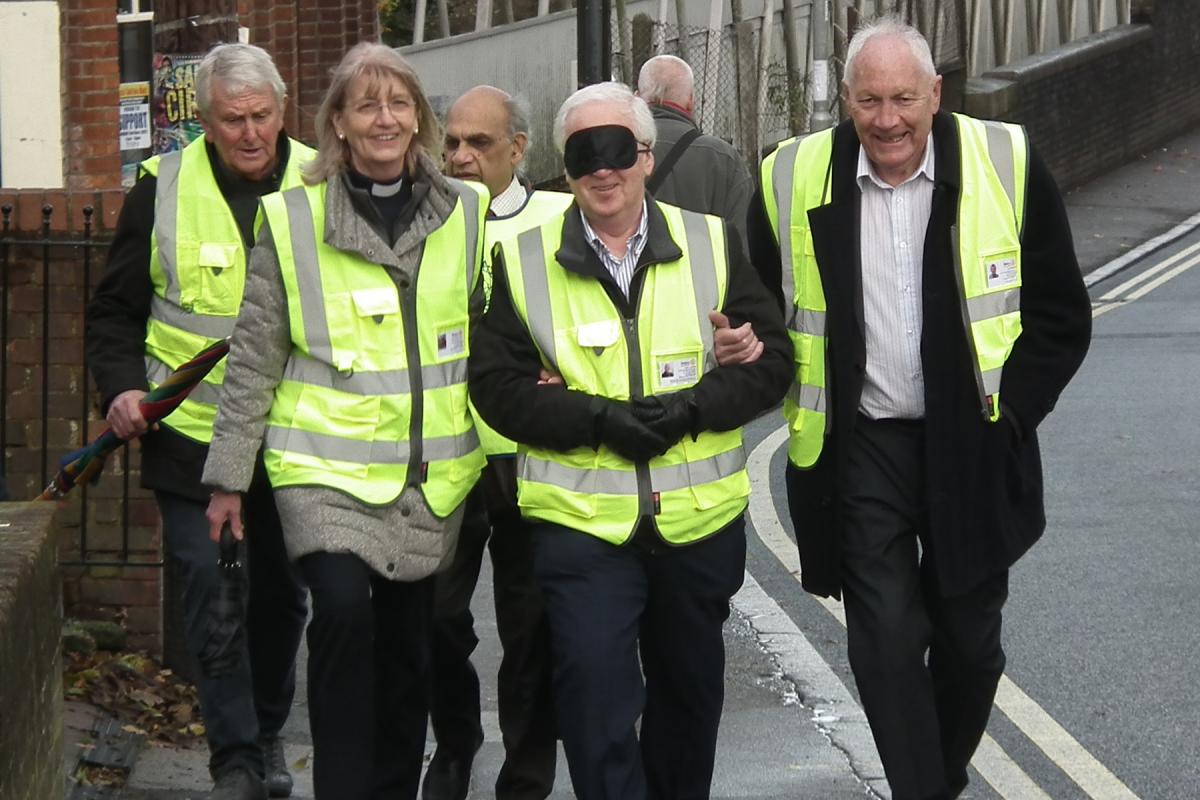 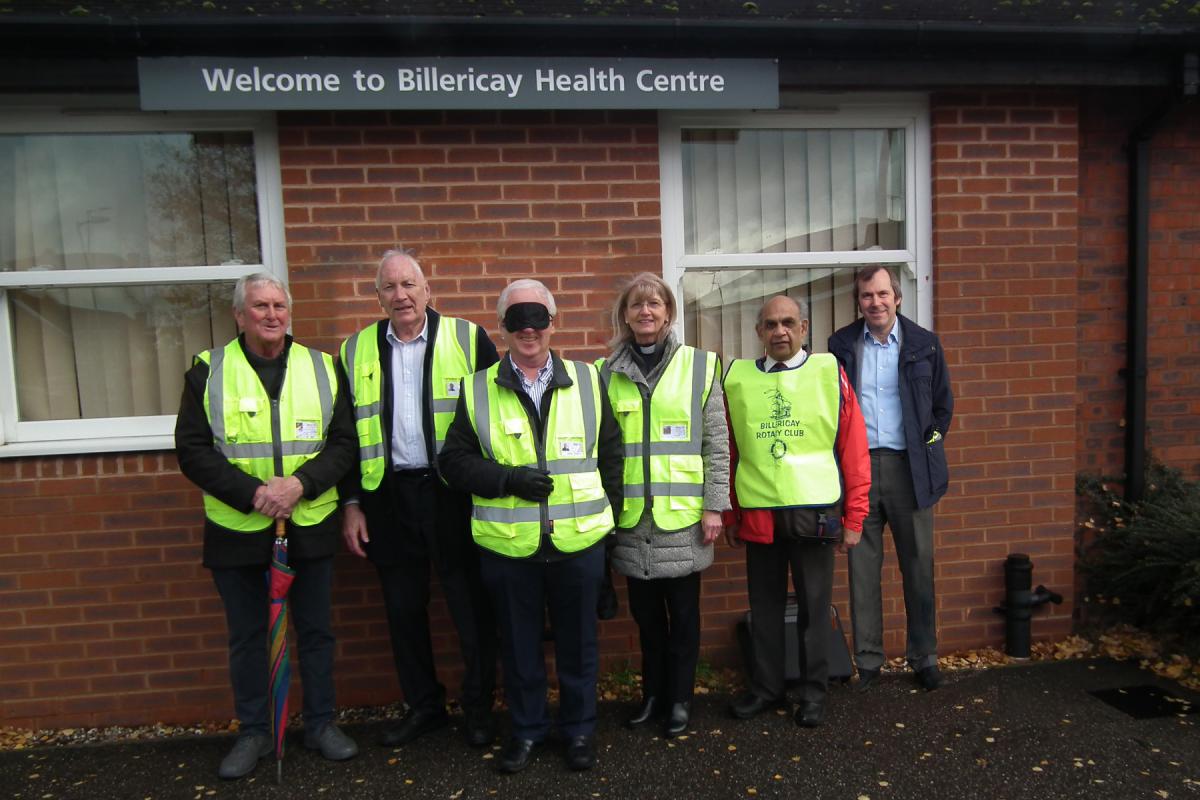 Was this really a good idea? 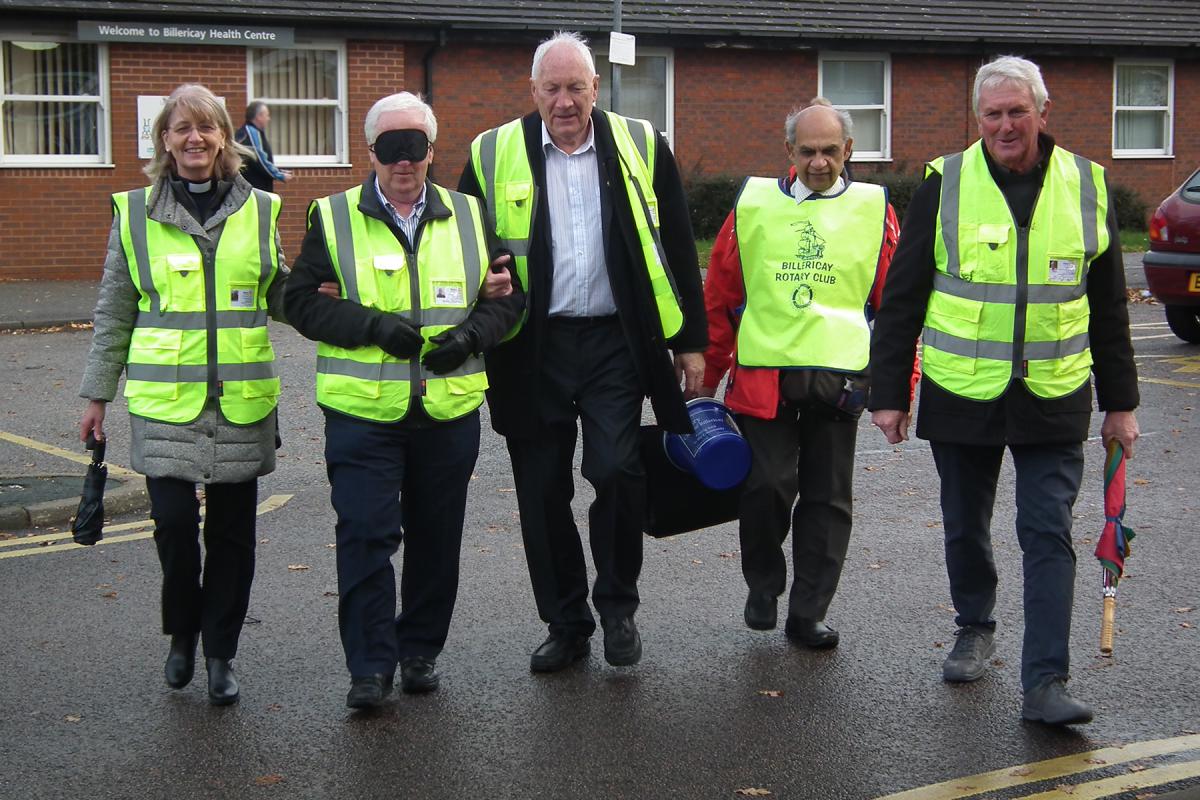 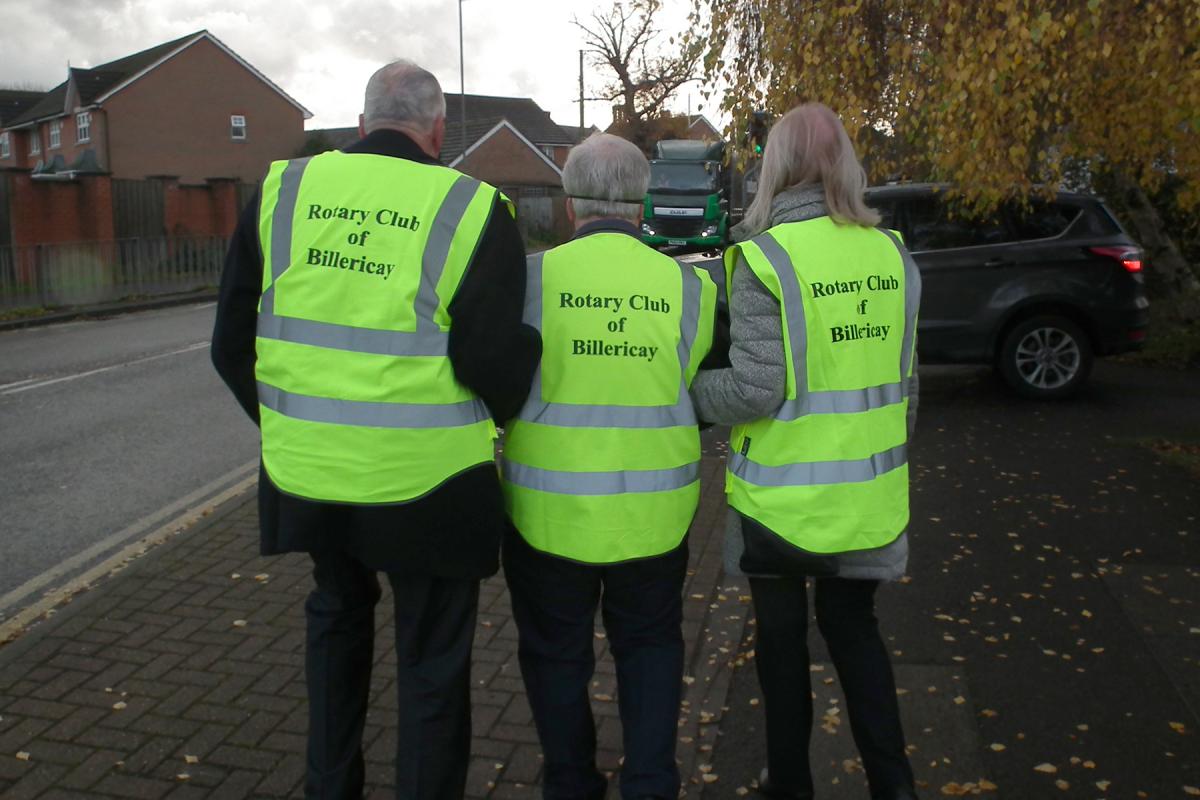 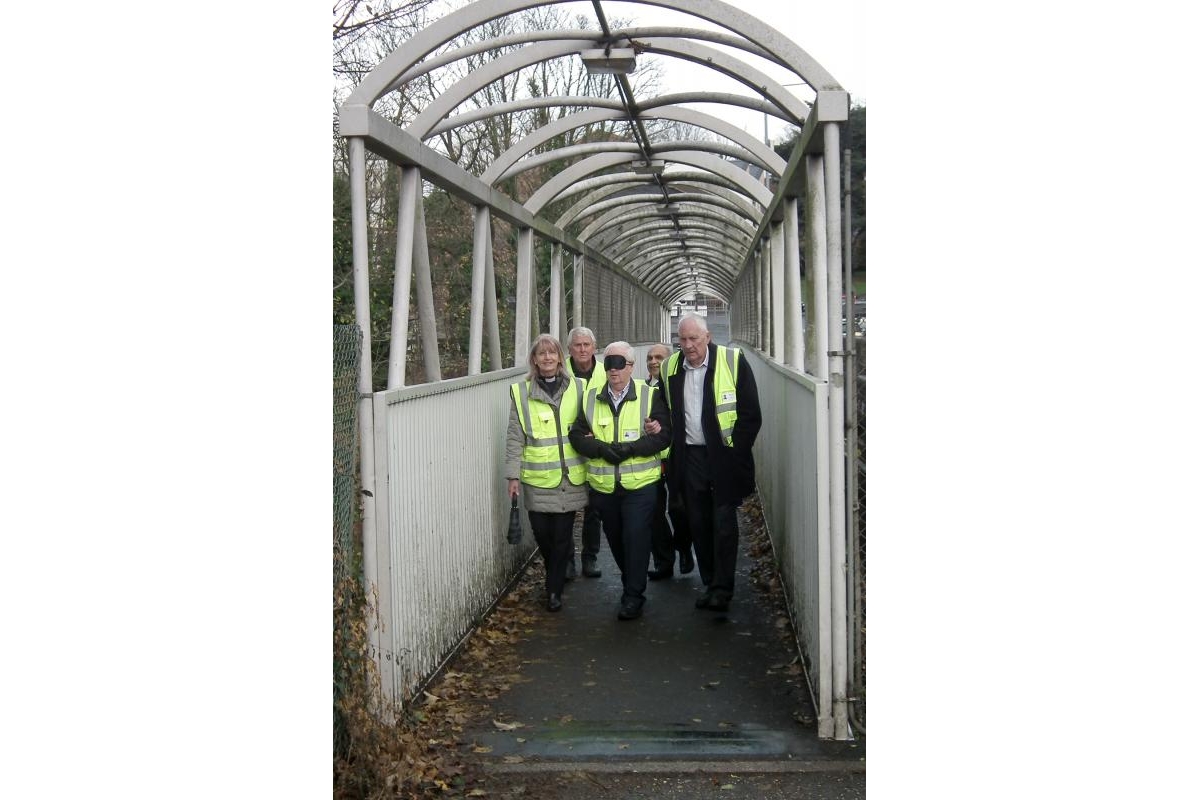 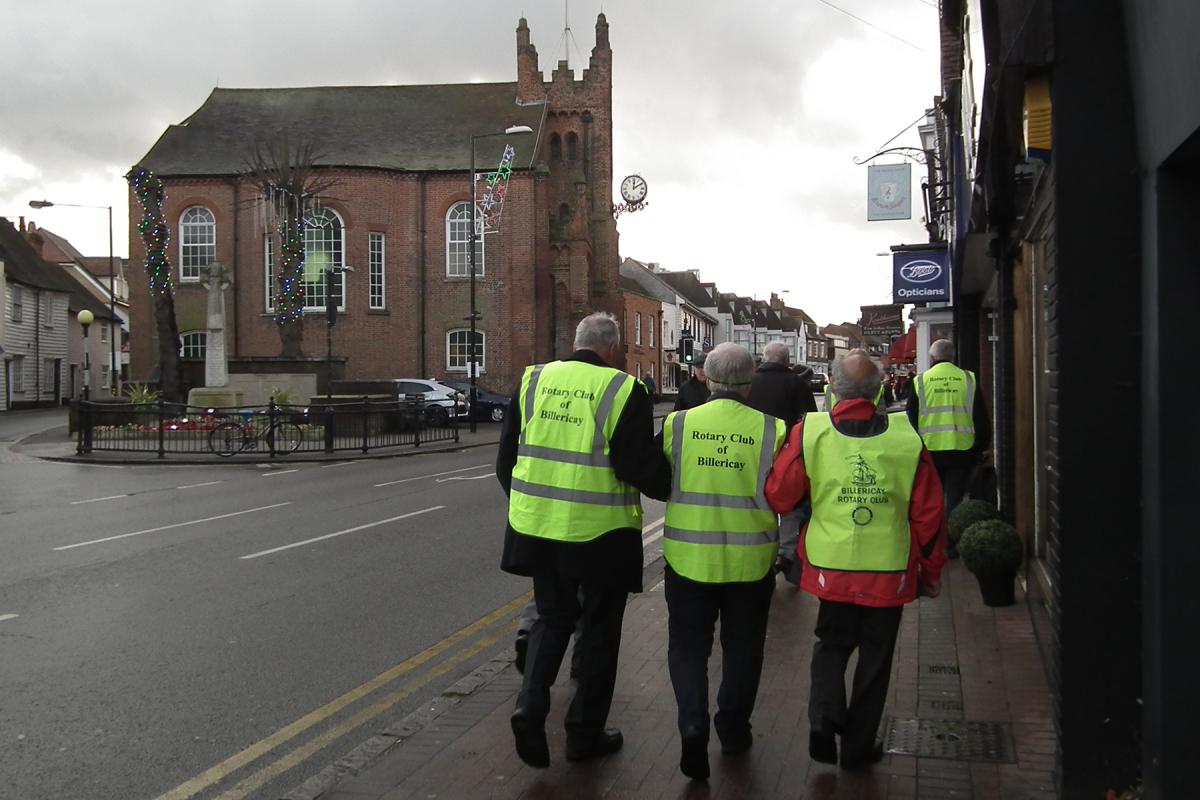 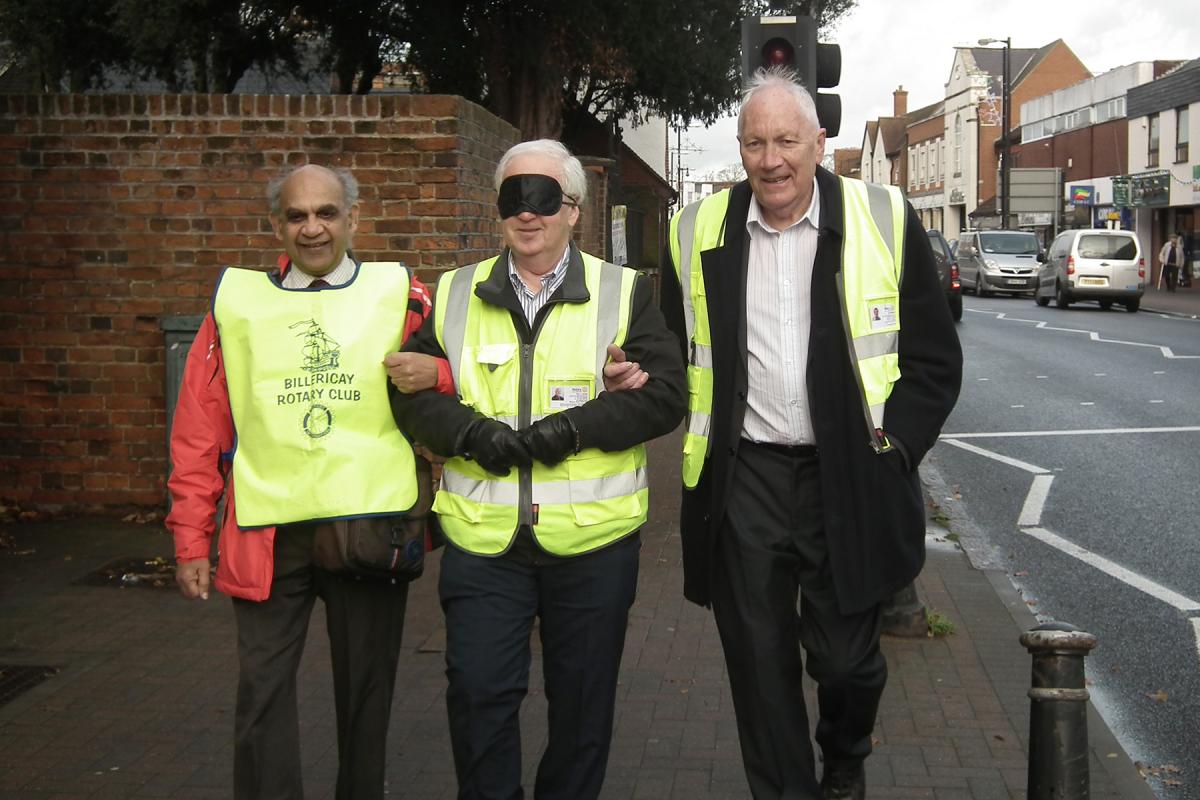 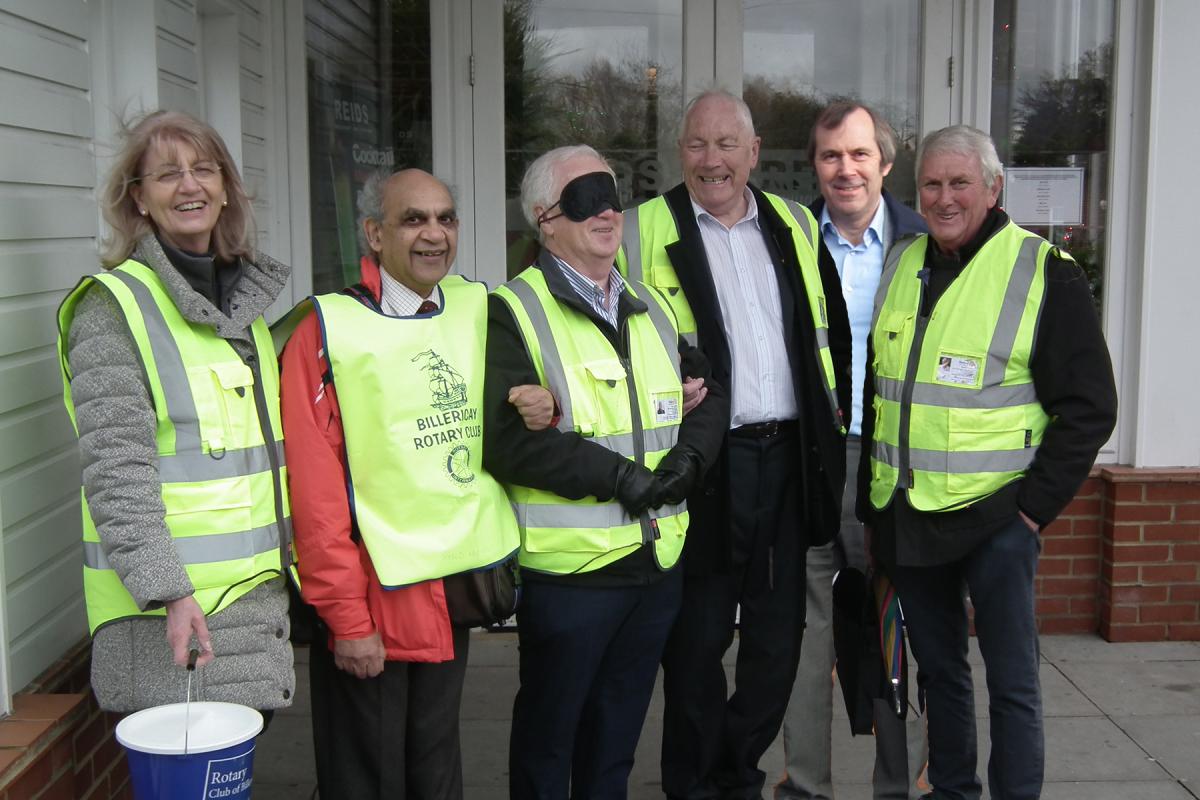 It's now an annual event and a tradition of the club that every year, our President does a “Blind Walk” in aid of Orbis.

ORBIS is the sight charity whose target is "A world where no one is needlessly blind or visually impaired"!  Its goal is to help build the skills and resources of communities around the world need to provide quality eye care, bringing expert surgeons and village doctors, community nurses and traditional healers, health ministers and community activists, global foundations and individual donors together to combat avoidable blindness.  It has a "Flying Eye Hospital" which combines surgeries, teachers, envoys and advocates, so that eye tests, and eye operations can take place on-site anywhere in the world in its own on-board operating theatre, and also train local eye care teams in their own country. What a magnificent achievement.

Maybe not so wild but certainly a bit scary!  Current club president Peter Greene did the walk of about a mile on Monday November 27, 2017 - from the Health Centre in Stock Road, through the High Street and finishing at Reids in time for our Monday lunch.

Peter commented: "It was a strange experience.  I had the advantage that I had seen the route and remembered it, so I could visualize where I was.  But, I was soon very disorientated, and lost track of where I was and became totally dependent on those club members who were guiding me along the path. I can't imagine what it would be like if you have never been able to see. It was really scary being dependent on others while trying to walk, to avoid people and potholes on the pavements, avoid traffic when crossing roads and avoid tripping on kerbs which I couldn't see.

My thanks to Ed, Margaret and Chandra for guiding me, and to Roger and Les for "shaking the collection bucket" and photographing the walk on the day.  I could not have done it without their help.

It makes me realise what a great job ORBIS odes and why its work is so important."

Next year's President Les Sheppard is already planning to follow in the tradition and do his blind walk - we hope he has better weather than we did - although, luckily, the rain did stop just before the walk.

For more information on this charity, go to:
http://gbr.orbis.org/