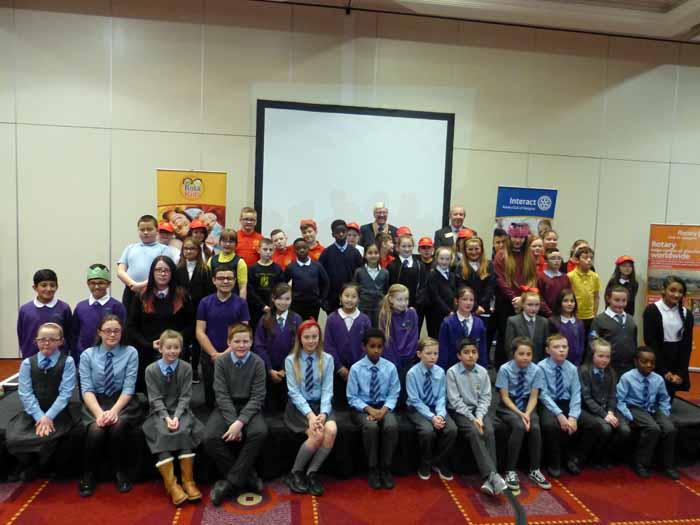 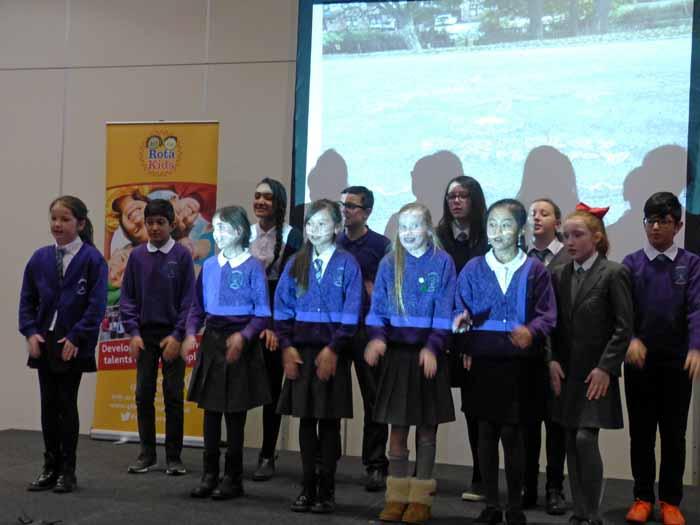 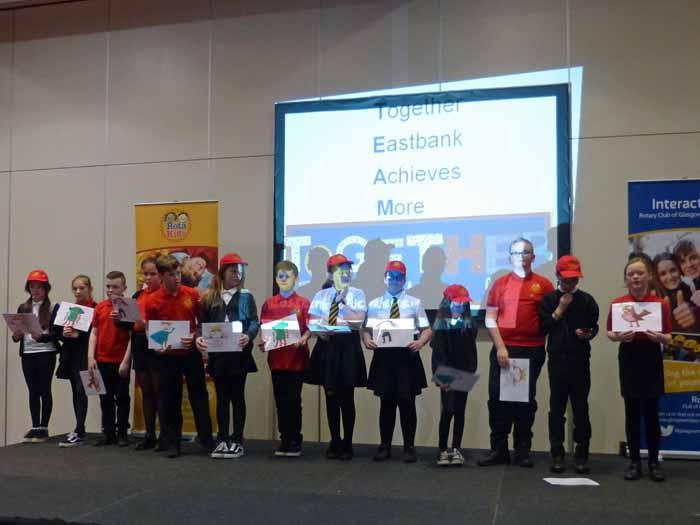 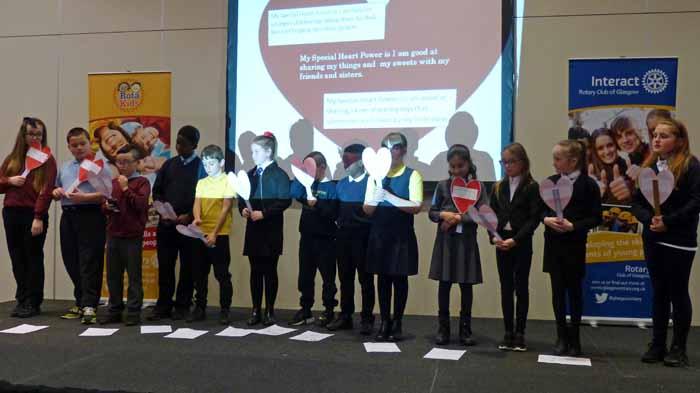 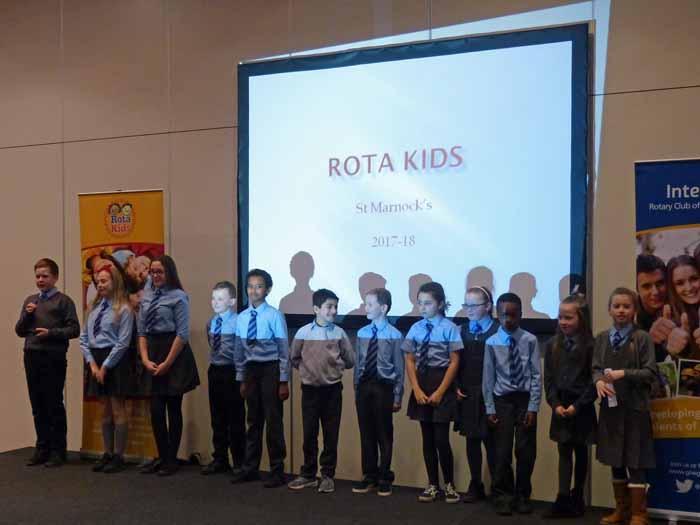 On Tuesday 12th December 2017 The Rotary Club of Glasgow held their RotaKids Annual Conference at which 4 primary schools made presentations regarding their activities in the RotaKids group. There were apologies from two schools, Garrowhill and Swinton who were unable to come. Knightswood primary school has not yet started their RotaKids group and this is planned for early in 2018.

The presentations from each of the schools were all different. We had Darnley, Eastbank, Quarrybrae and St Marnocks primary schools represented with 55 pupils and 8 teachers. They used Powerpoint presentations, cards with their own pictures and words, song and marching and rap to present their reports. There were fund raising activities for Cancer charities, local community groups and Care homes. Each mentioned how they promoted good standards of behaviour and respect within their schools. It was also reported that they worked in the local community by decorating their local train station at Christmas, visiting a day care centre to meet with the people who attended and gave them cards and other similar activities. The most impressive thing was their enthusiasm, energy and enjoyment which came over in their presentations. We all felt young again as we watched and listened and envied their youthful energy.

District Governor Gary Louttit attended and is joined by Club President George Russell in the photograph.