Information about our charities and headline act - Gordon Cree

Gordon Cree was born in Ayrshire and was classically trained in singing and piano at the Royal Scottish Academy of Music and Drama. In a career that has now entered its third decade, he has been able to maintain an active career both in the entertainment industry and in several areas of the classical musical world.

He has entertained throughout the world in theatre and cabaret, including three seasons in the Stardust Room at the Nevele Grand Hotel in New York, bookings in France, Germany, Sweden, Canada and the USA and is a favourite aboard the world's leading cruise liners.

He is married to leading Scottish classical mezzo-soprano Cheryl Forbes, with whom he works frequently either as co-singer, accompanist or conductor, and they live near Glasgow.

The Wheelchair Foundation UK is a non-profit organisation that seeks to deliver a wheelchair to every child, teen and adult in the world who needs but cannot afford one bringing new independence to those deprived of mobility by war, disease, natural disaster, accident or advanced age. See www.wheelchairfoundationuk.org/

Rotary Good Causes - in the recent past we have supported local youth projects organising a Young Chef and Young Musician competitions as well as a Primary Schools Quiz. We sponsored students to attend the European Parliament and also on Rotary Youth Leadership courses. We raise money for local community projects as well as national and international charities such as Diabetes Uk, Mary's Meals and our drive to rid the world of  Polio. 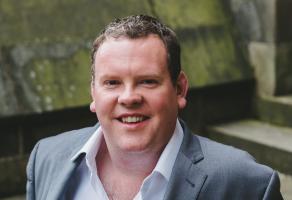 Information about our International Service Fundraiser 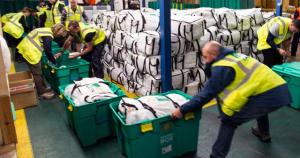 A brief run down of some of the schemes Rotarians have devised and contribute to in providing aid to people in distress.

19th October 2017 Our annual event of the last few years to focus on and raise funds for Rotary's End Polio Now Campaign. 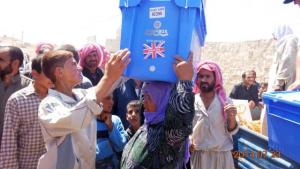 Annual appeal for support for Aquabox and Shelterbox