Special showing of 'The 39 steps' raising money for Saint Catherine ’s Hospice. Tickets on sale at the SJT Box Ofﬁce on Feb 19th. A gripping, hilarious, brilliant, fast-moving whodunnit based on the Hitchcock classic. 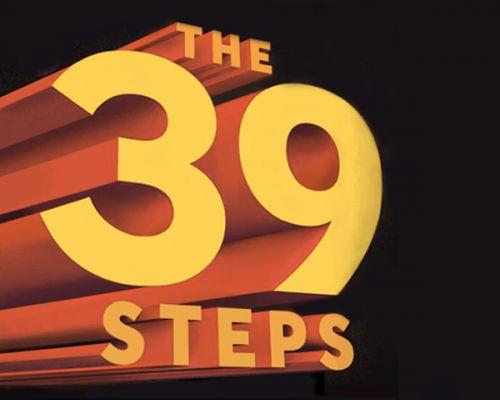 ★★★★
“A joyous version of the Hitchcock classic”
Sunday Times

★★★★
“Theatrical tomfoolery to die for”
The Guardian

This Olivier award-winning play – which started its life right here in North Yorkshire - will receive its in-the-round UK premiere at the SJT.

The 39 Steps, which played for nine years in London’s West End, is a brilliant, fast-moving spoof including legendary scenes such as the chase on the Flying Scotsman, the escape on the Forth Bridge, the first ever theatrical bi-plane crash and a death-defying (well nearly) finale.

Paul Robinson says:
“This gripping and hilarious whodunit, which was created by North Country Theatre, makes its return to North Yorkshire after an absence of over twenty years. We can’t wait to share it with our audience again.”