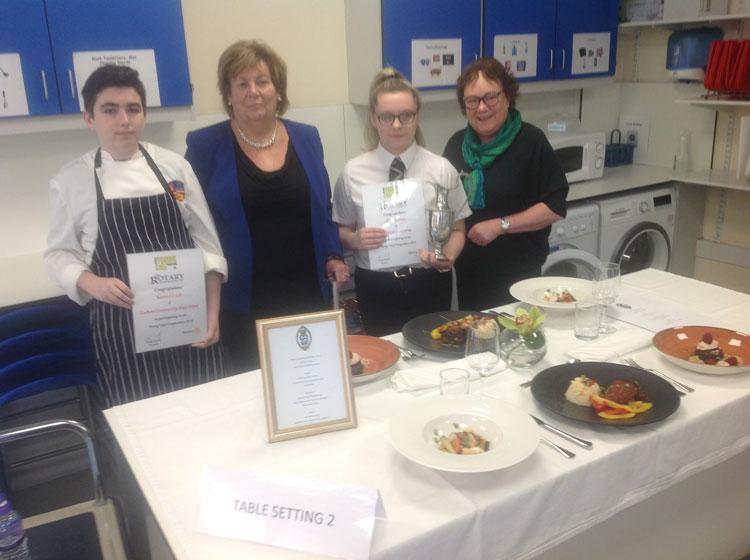 On Monday 15 January our Club heat for Young Chef was held at The High School of Glasgow.

Past Presidents Bill Christie and Morag McIntosh represented the Club.

The event had been promoted on behalf of our Club by Gary Condie (Principal Officer of Glasgow City Council Employment & Skills Partnership Team; Education Services).  This was the first time that we had partnered with GCC for Young Chef and despite the lateness of the introduction and a number of withdrawals because of prelims we had two highly talented participants.  There was not much to choose between the two.

Abby will represent the Club at the District Final on 24 January.

GCC are keen to promote the 2018/19 event given that there was considerable interest from Schools but insufficient time on this occasion.