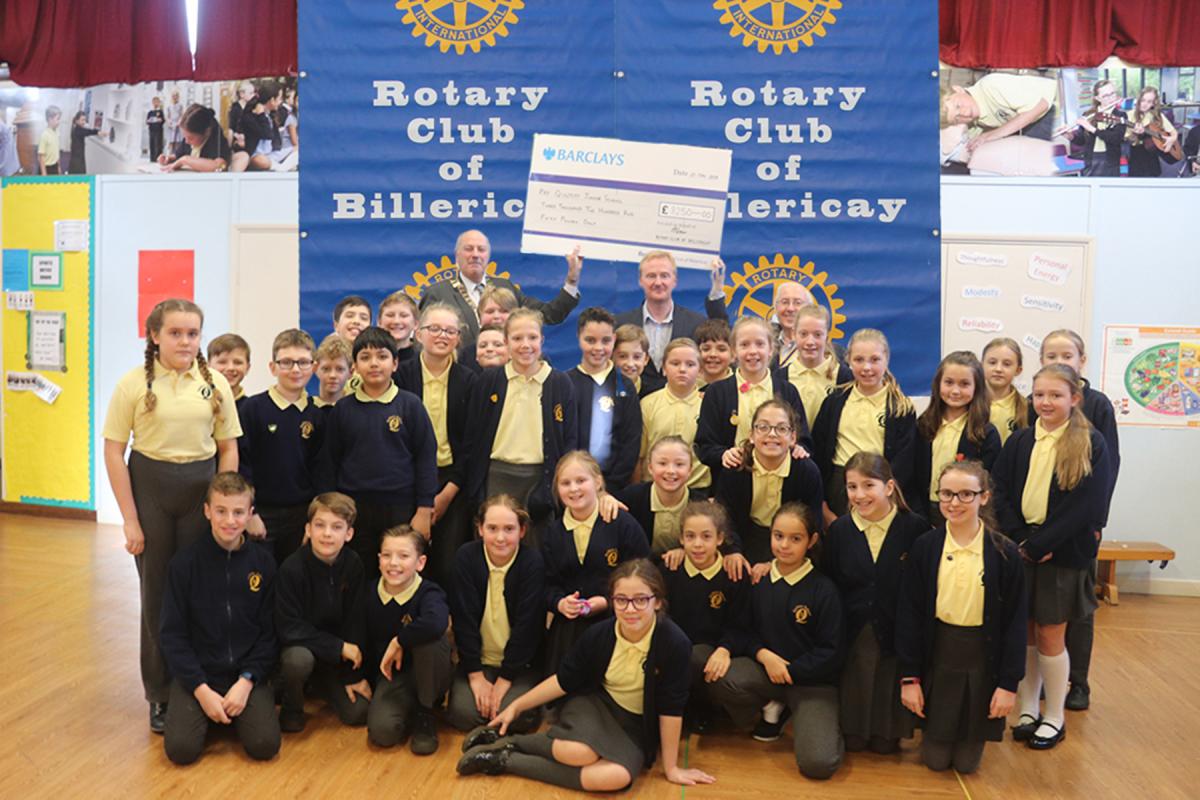 Cheque presentation with some of the RotaKids 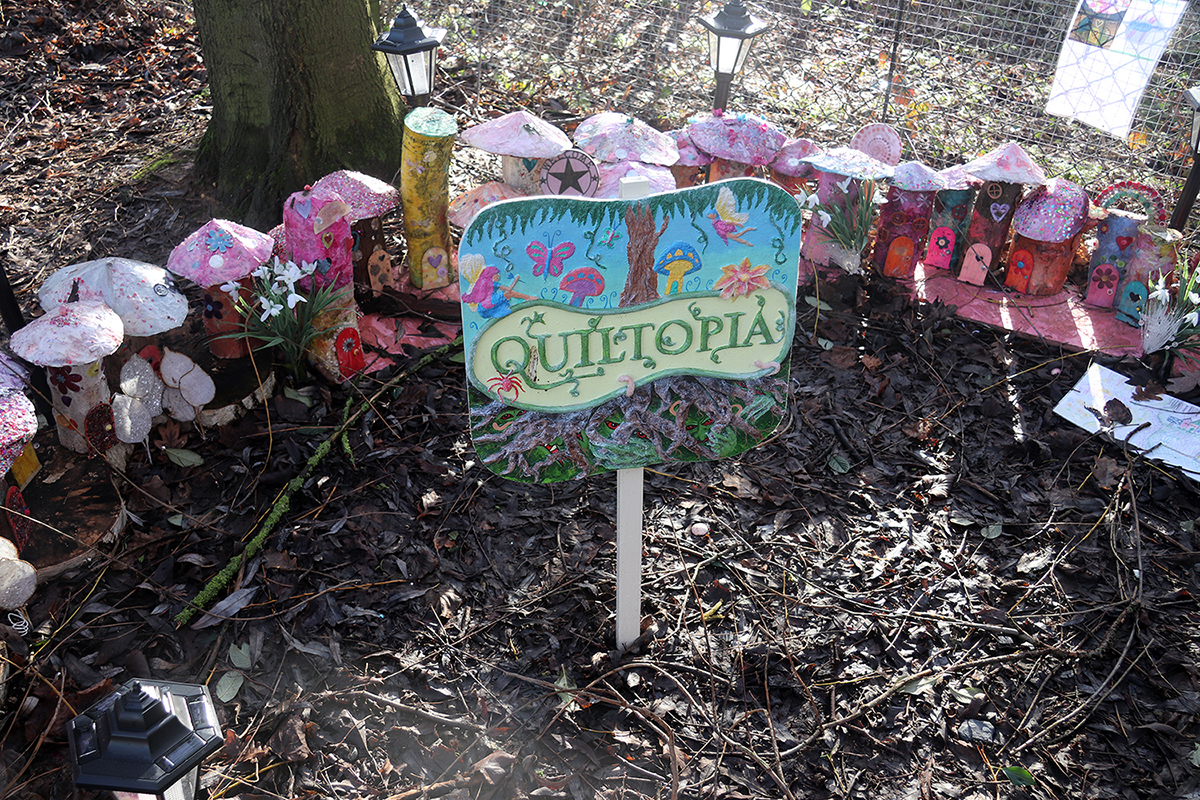 The Gallery is started 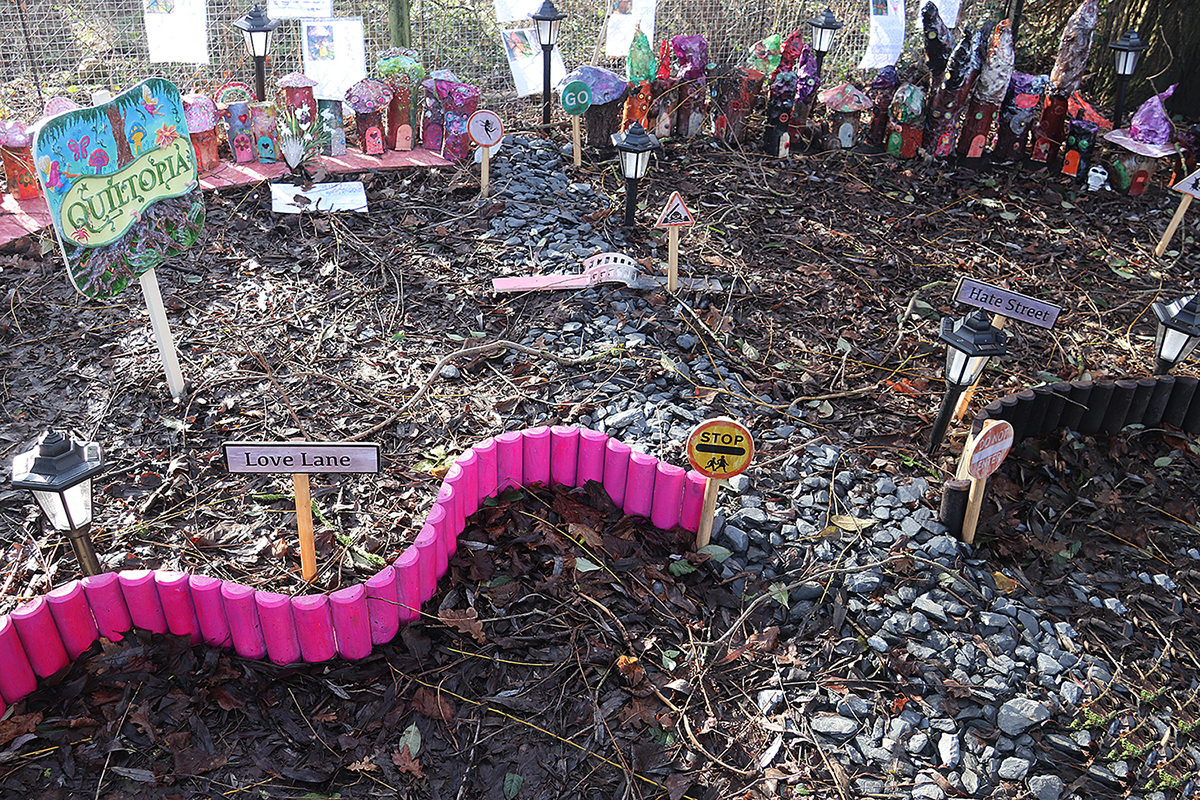 The enthusiasm and leadership of Quilters Junior School RotaKids, and the Headteacher Mike Wade, knows no bounds – nor boundaries. Whatever they set out to do, they achieve.

Four club members, president Peter, Mike Sinclair, Mike Ginn and myself, along with Rotary District Governor Nick Sillitoe, were privileged to see the pupils’ latest project – an Outdoor Art Gallery and Classroom – taking shape when we presented a cheque for £3,250 to headteacher Mike Wade before a school hall full of happy, excited and beautifully behaved children.

The Rotary Club of Billericay had already supported the scheme with a donation of over £2,000 from our Soapbox Derby proceeds, and the school had raised a further £1000.  But this wasn’t enough, and we had applied to Rotary Foundation for a District Grant of a further £3250.  Thanks to the strength of the case, the Grant had been approved, and District Governor Nick Sillitoe had been invited to come along to see the presentation of the cheque.

There was a catch. Before the school assembly and presentation, Mike insisted that we walk the muddy school field to its most far corner to see the gallery still in its early progress. But stunning already – all models made from recycled material and portraying village scenes.

Depicted with signposts are: Love Road and Hate Road and, as Mike explained: “Some pupils, mostly girls admitted they wanted to be Good and the boys mostly chose Bad. This is something we discuss a lot in school.”

He continued the theme in thanking Rotary for its contribution. “Rotary makes life better and everyone happier, “he said. “They work for nothing, are kind to charities, spread happiness and help schools.” He disclosed that he received £20,000 less than last year in his school budget. “That is why donations such as this make a difference.”

To the pupils he said: “You are here to be educated and to learn good habits. You must want to want to learn, to think nice thoughts, say nice words, do nice actions and you will develop good habits.”

The gallery will increase with a bugs and hives section. “It is money well invested” said president Peter at the cheque handover, “we look forward to a continuing involvement in the development of this project."

* Football season still on and Billericay FC staff were due to meet the pupils to select some ball boys for home matches – and a summer surprise. There'll be a circus on the playing field. No, not Barnum & Bailey – just the super Quilter kids!