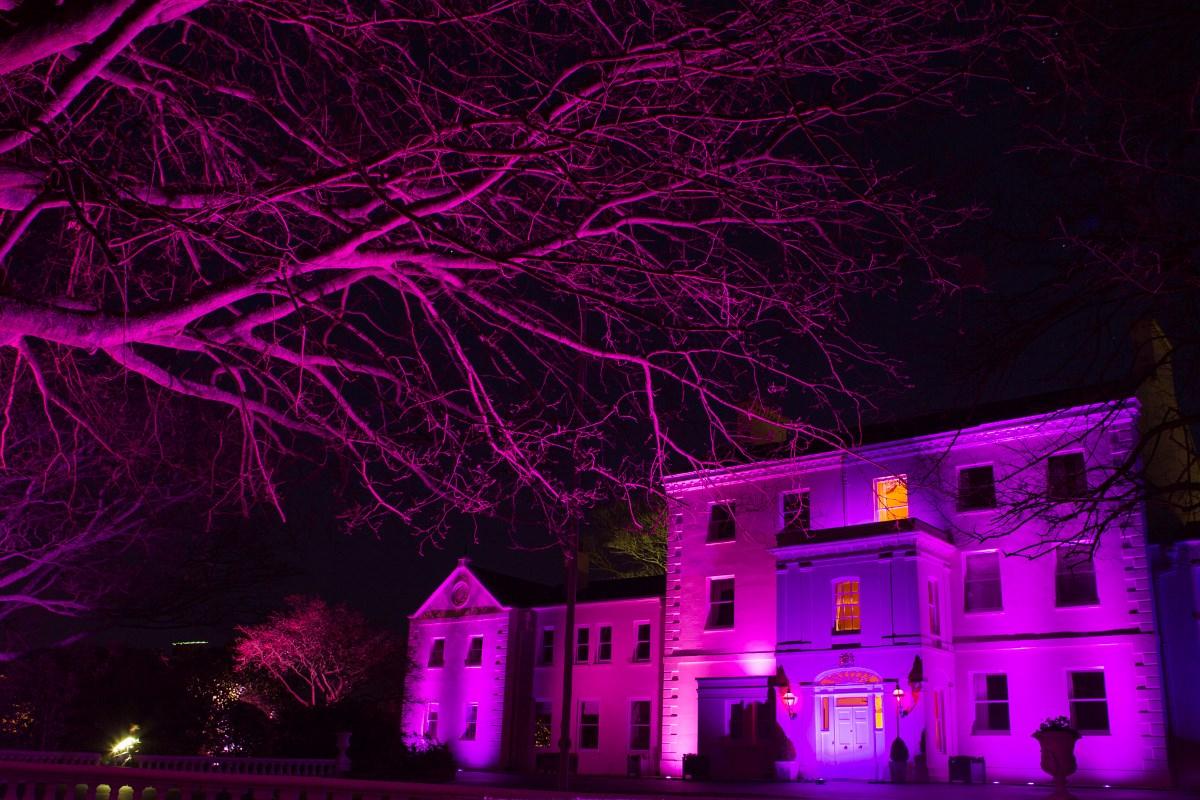 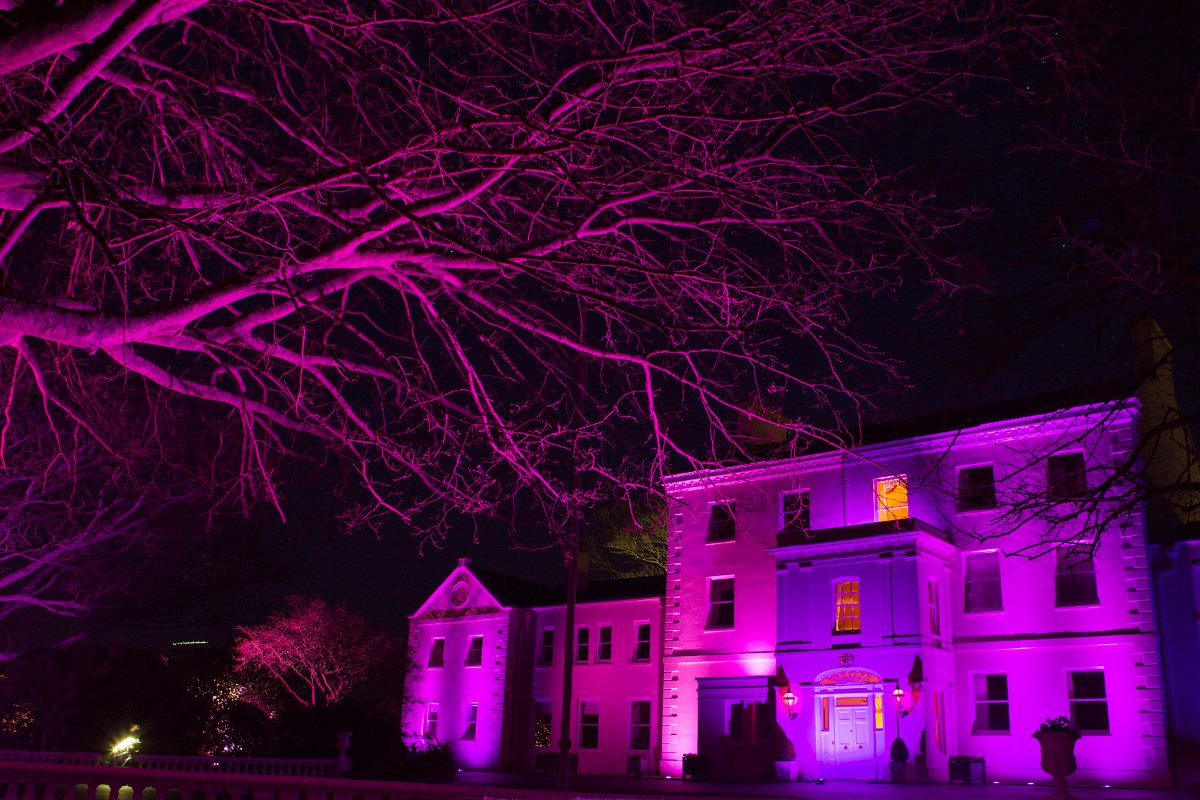 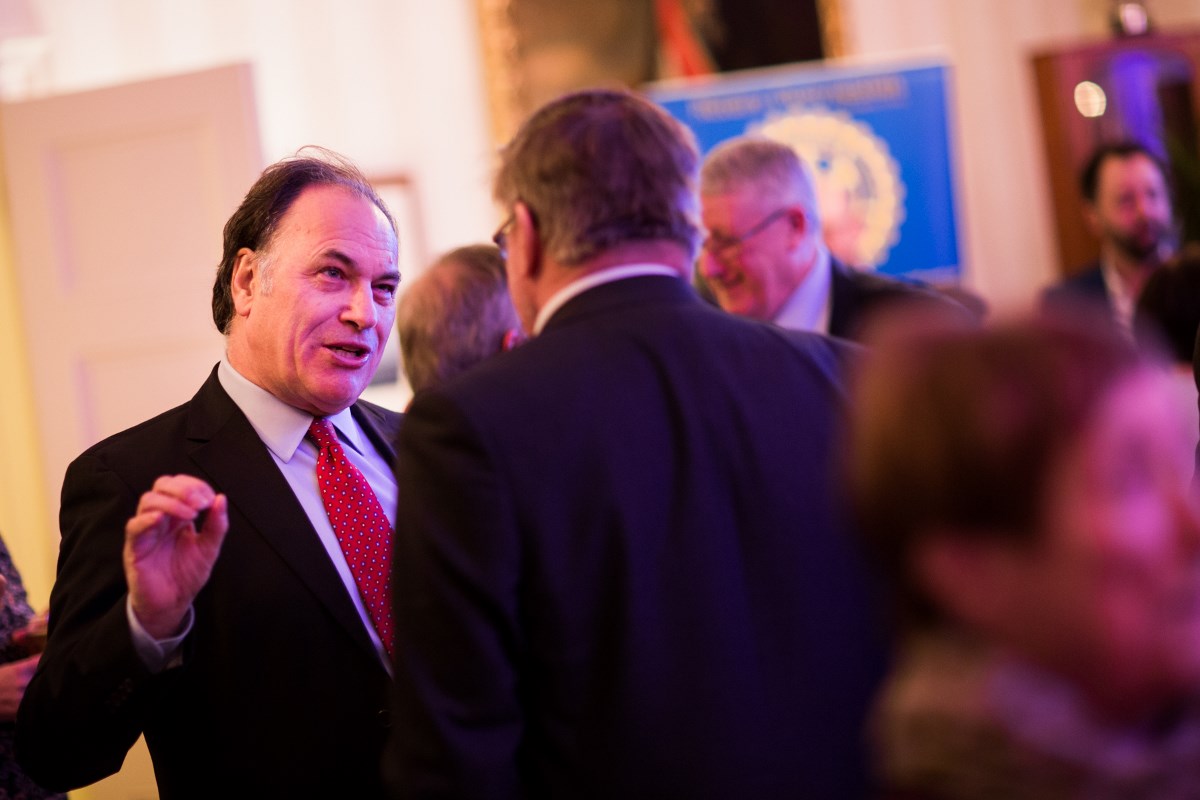 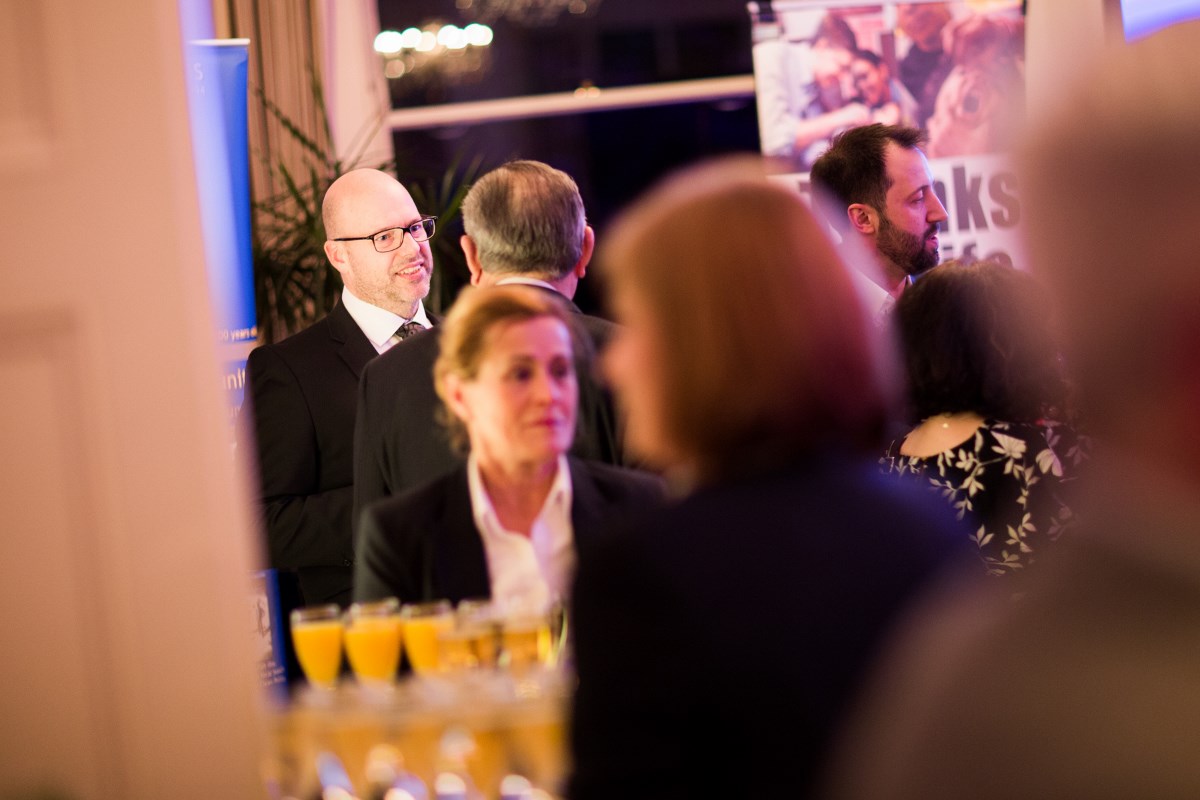 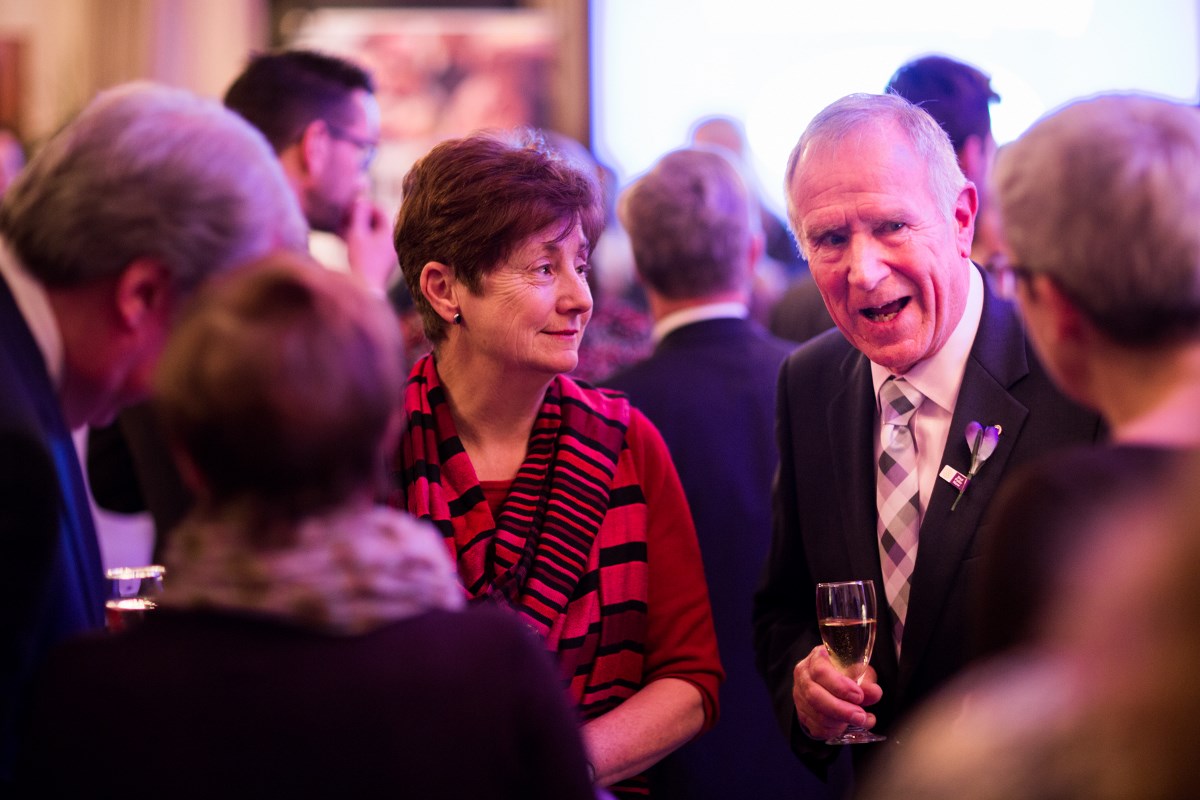 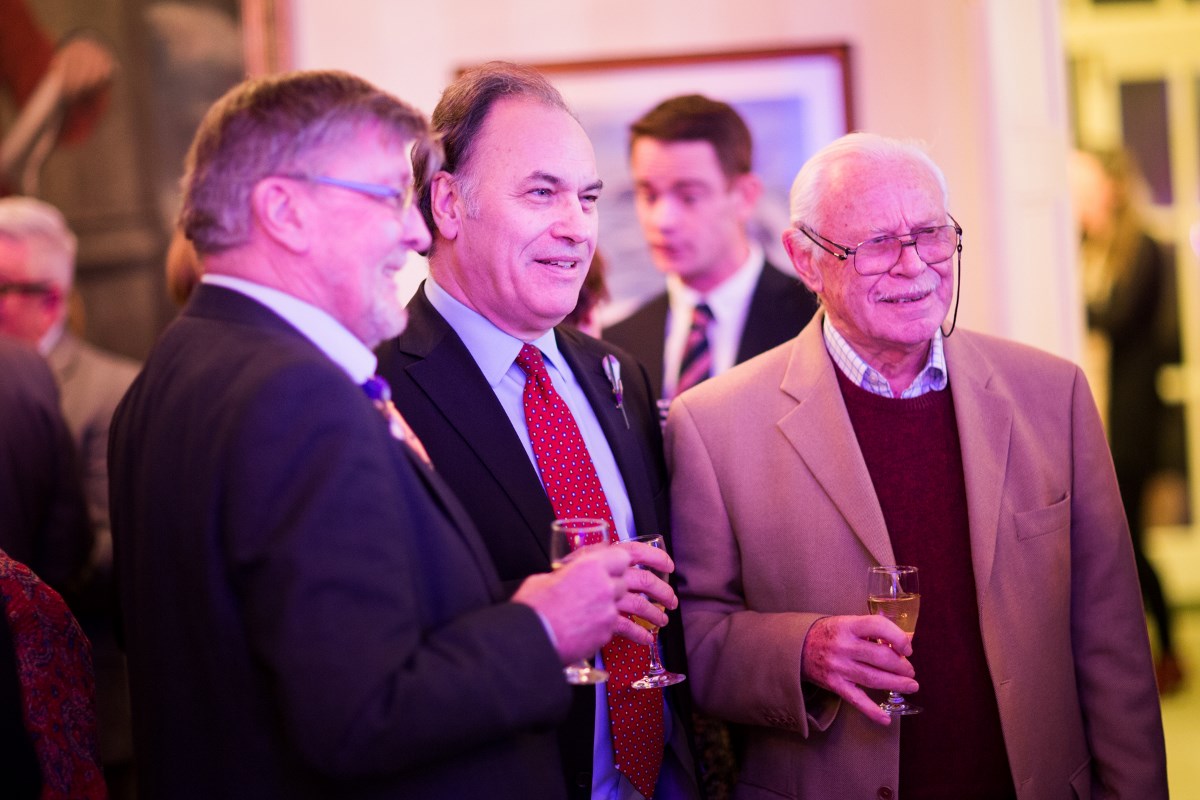 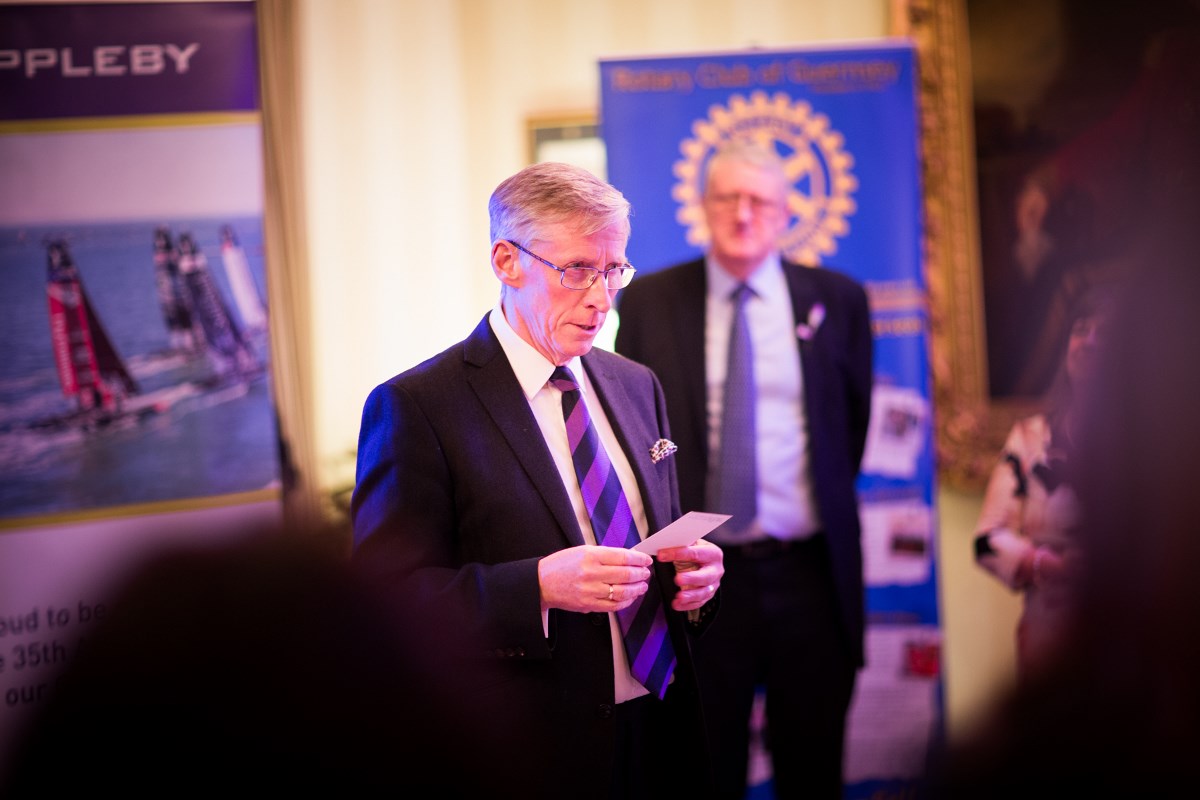 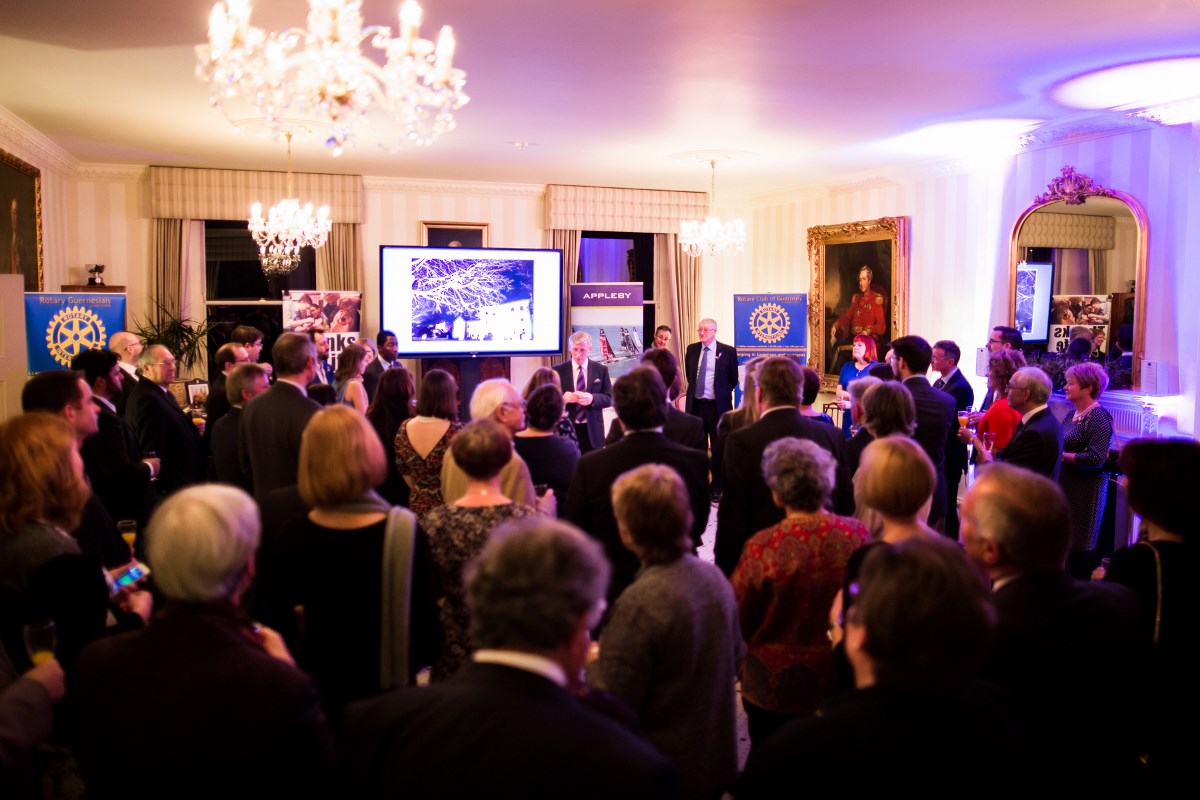 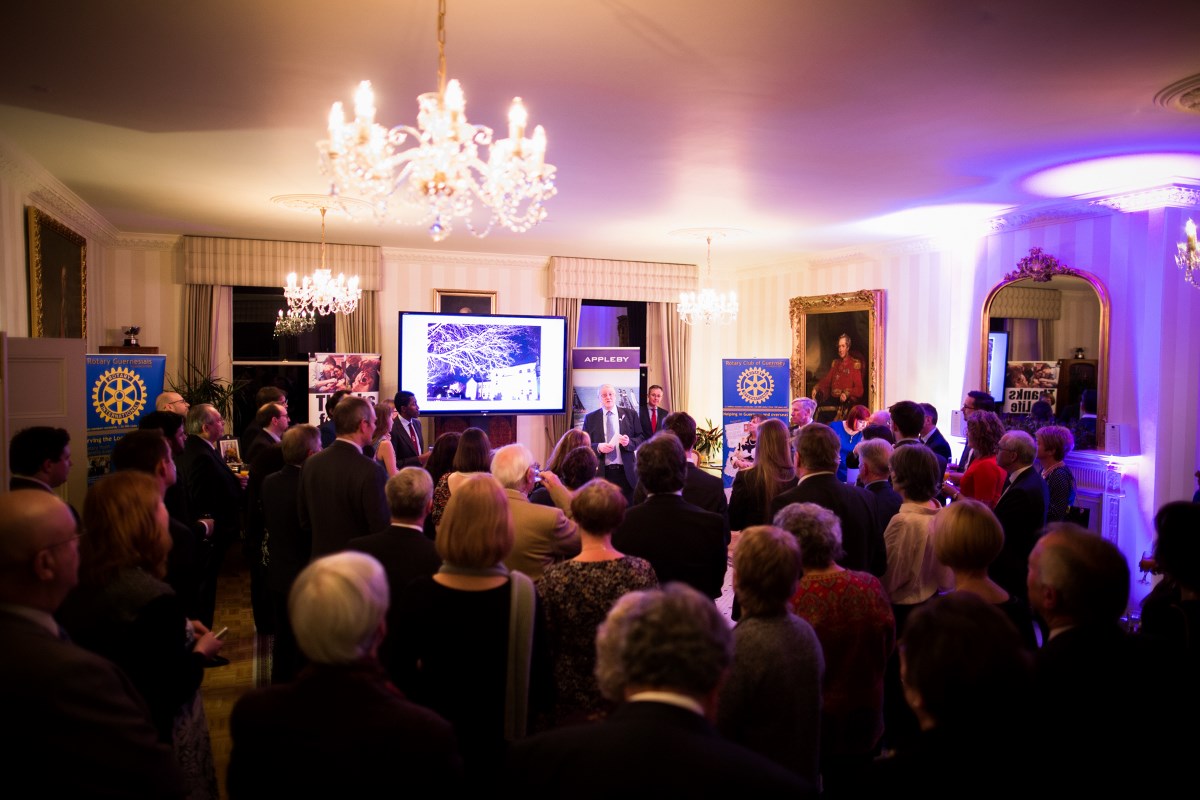 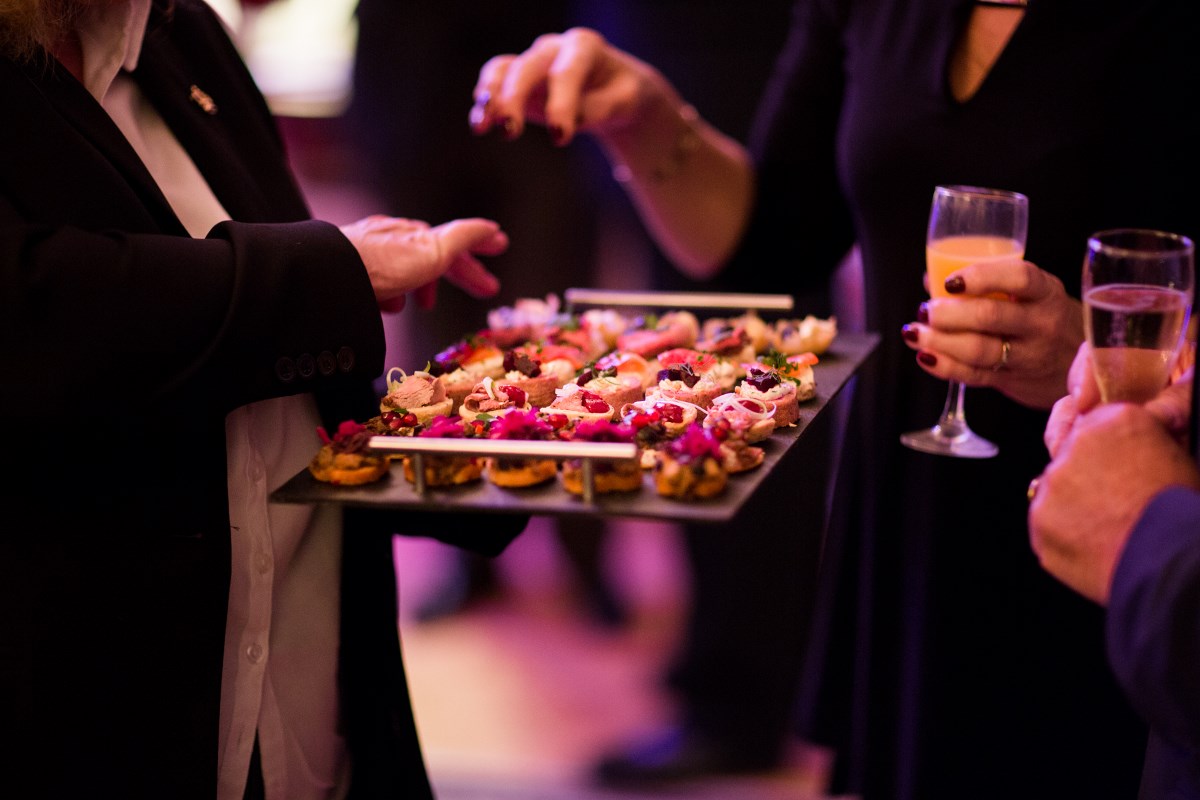 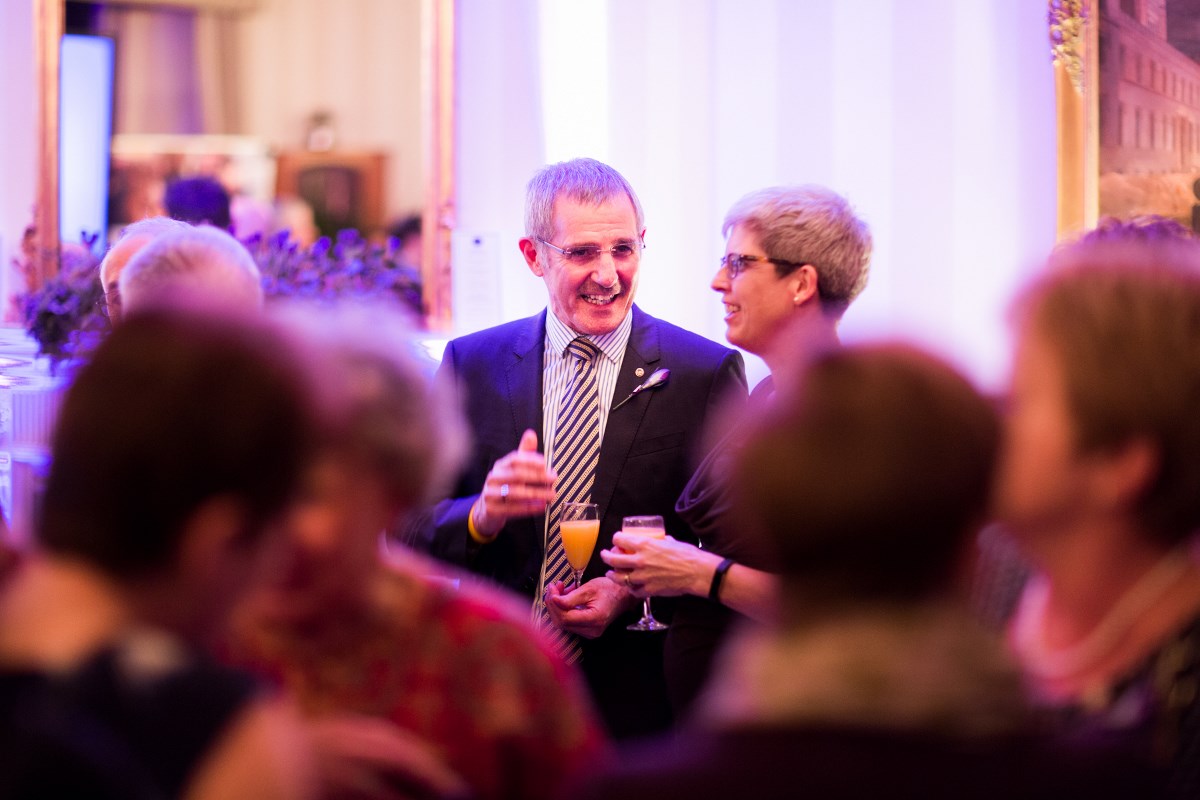 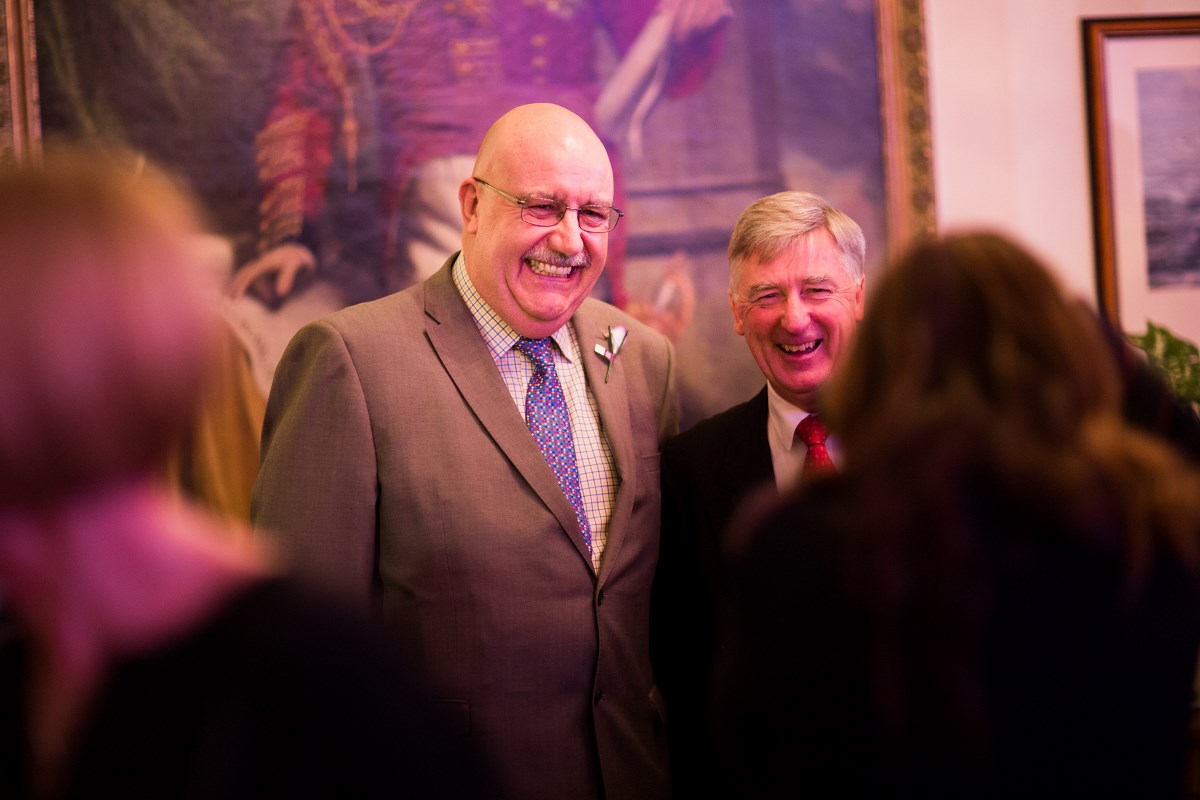 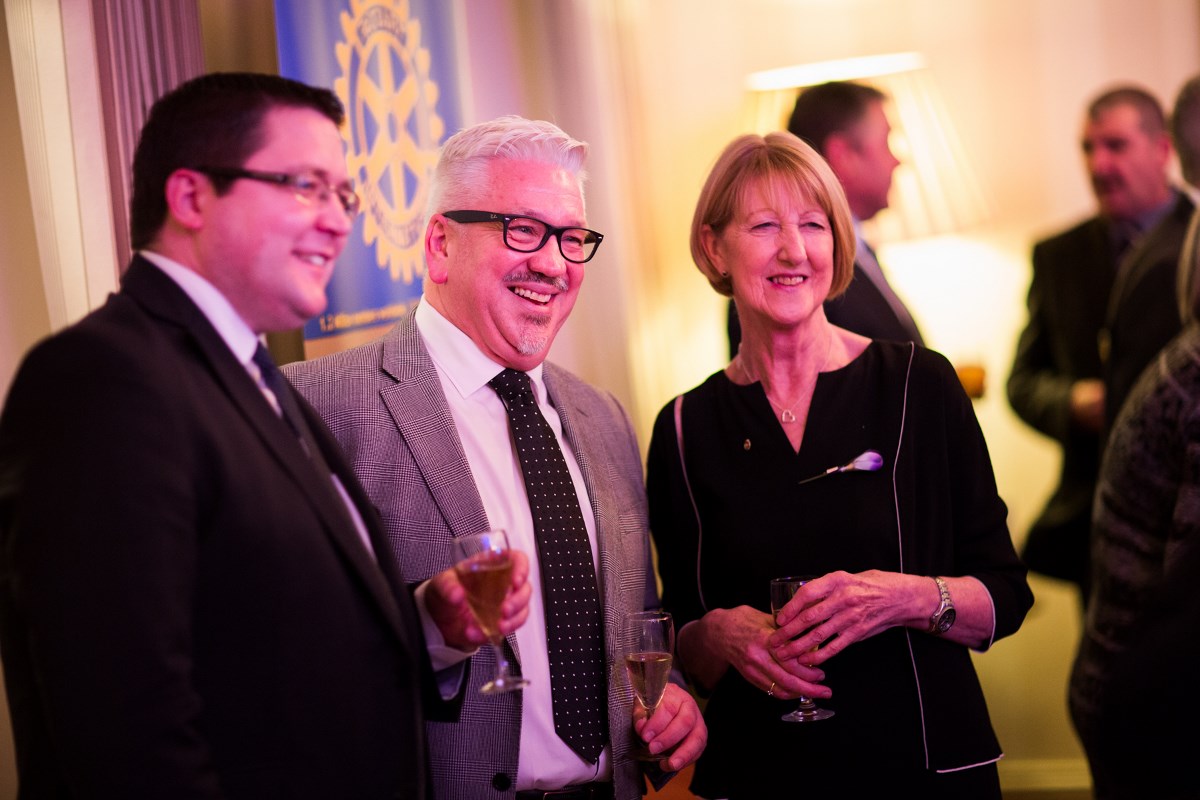 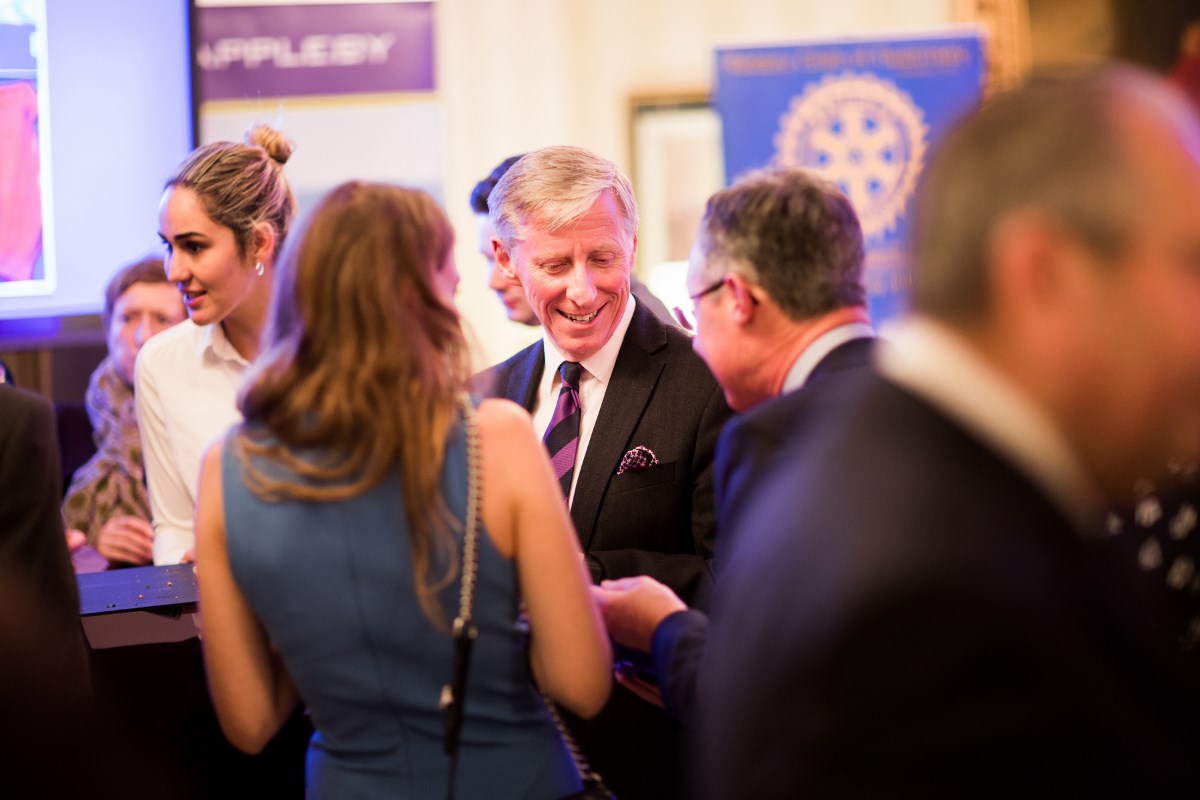 On Friday 23rd February 2018 the two Rotary Clubs on the Island came together in celebration of World Rotary Day. Not only did the Guernsey's Lt-Govermor, Vice Admiral Sir Ian Corder, kindly make available the drawing room of Government House as a perfect venue, but he and his staff washed the entire facade of Government House purple by way of promotion of Rotary's global END POLIO NOW Campaign.

On welcoming the guests the Lt-Governor paid tribute to the work of the two Rotary Clubs both here on the Island and beyond our shores. He concluded by saying “that it gives me immense pride to see Guernsey punching above its weight on this project that has such a positive impact on the World”.

Simon Milsted addressed the packed room speaking on behalf of both Clubs. After screening a brief information video explaining the successful impact of Rotary’s Polio campaign, Simon thanked the guests who were drawn from sponsors, supporters of Rotary's various projects, representative of Agencies which have benefitted from Rotary support and other major personalities in Guernsey’s charity sector. Simon went on to provided statistics that illustrated that Polio had been ‘driven’ into three small pockets of the Globe - yet emphasising that the Campaign must continue with vigour until this horrendous disease is eradicated forever.

After the customary thanks to the Lt-Governor, Lady Corder and their staff, the final words were left to Alison MacKrill of law firm Appleby’s who kindly sponsored the event. Particular thanks were extended to the team at Government House who had embraced the purple theme of the evening with such enthusiasm. Not only was the outside of Government House bathed in purple light, but the room was dressed with purple accessories, potted purple crocuses and, most extraordinary of all, a wonderful selection of purple canapés.

The sincere thanks of both Rotary Clubs go to the reception sponsor Appleby’s and the Governor and his staff for enabling this wonderful celebration of Rotary's work to take place.