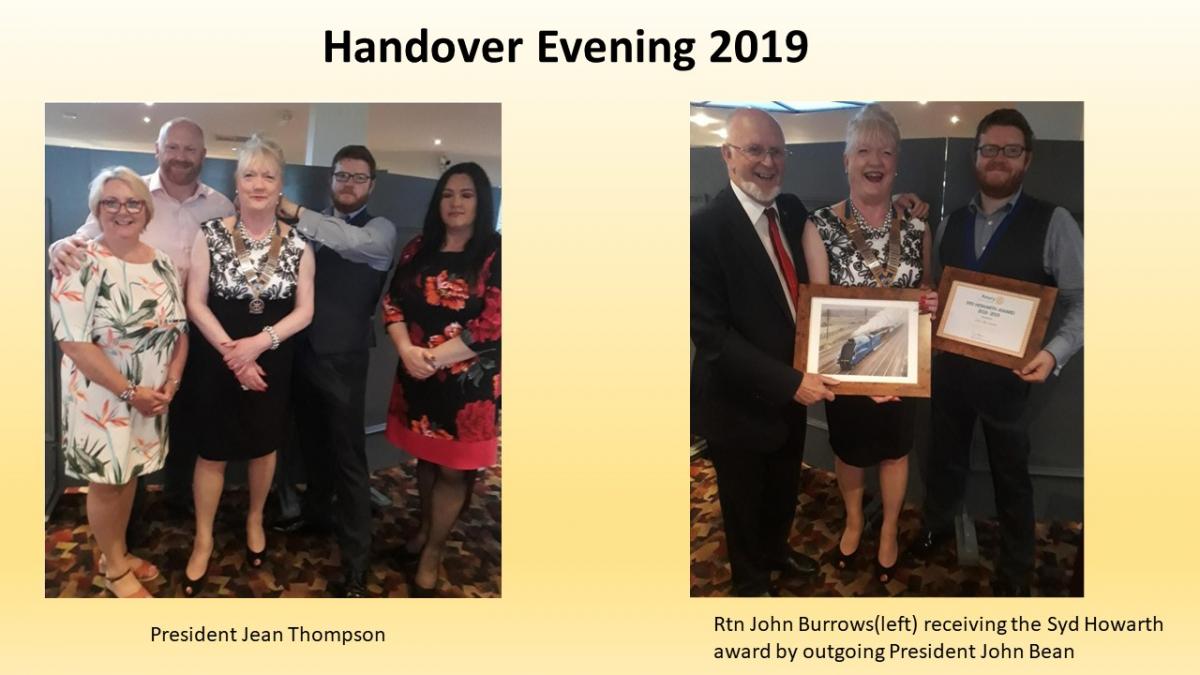 At a dinner in Woodham Golf Club, attended by Rotarians and guests, the Rotary chain of office was passed on by outgoing president Jon Bean to incoming president Jean Thompson. She joined Rotary in 2001 when it became dual gender and in 2009, was the club’s first female president. The following year Jean received a Paul Harris Fellowship which recognises a significant contribution to Rotary. Jean was appointed Assistant District Governor and then in 2014 became District Governor. She was joined last night by her daughter, Katy Seeni, and son and daughter-in-law, Steve and Gill Thompson. The president’s award, named in honour of Syd Howarth, was presented by Rtn. Jon Bean to Rtn. John Burrows for the amazing amount of work he does towards the annual Model Railway Exhibition.