Saturday 17th March 2018 from 11am to 11pm in the Lostwithiel Community Centre. Cost is still only £5 per person, which includes your entrance, a souvenir glass and a festival programme. 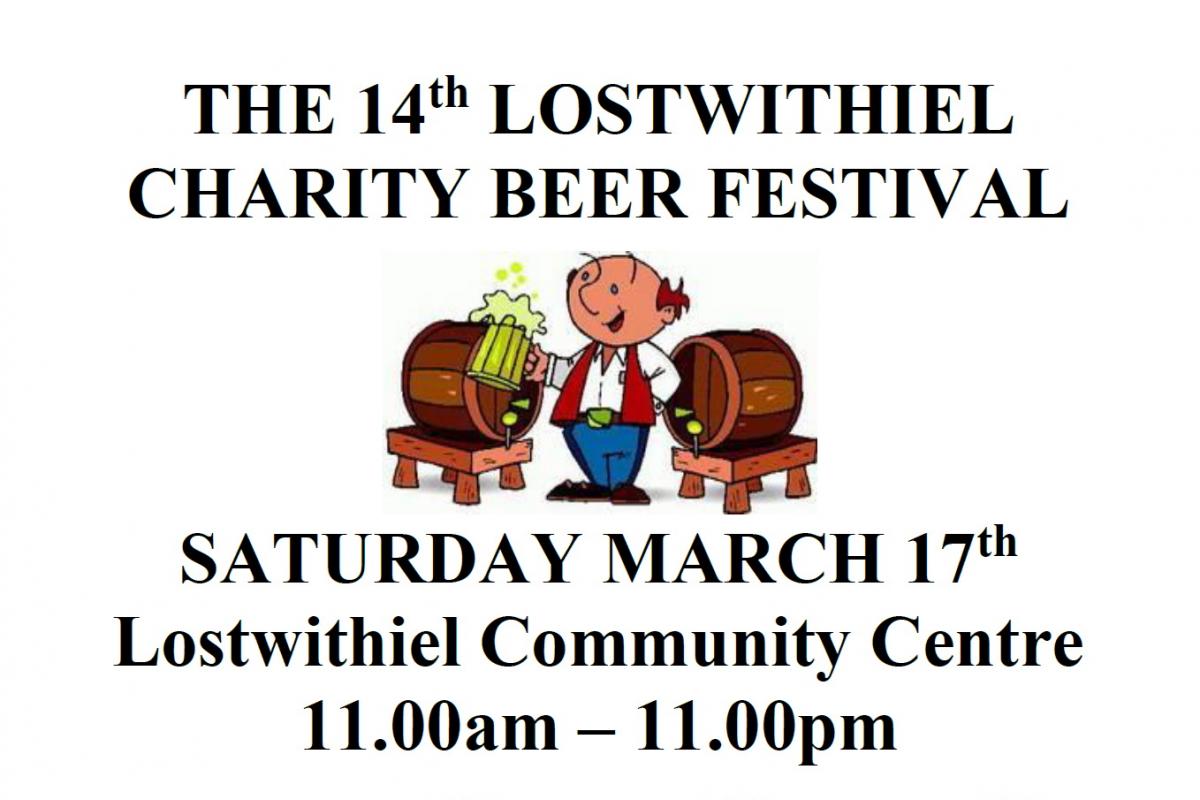 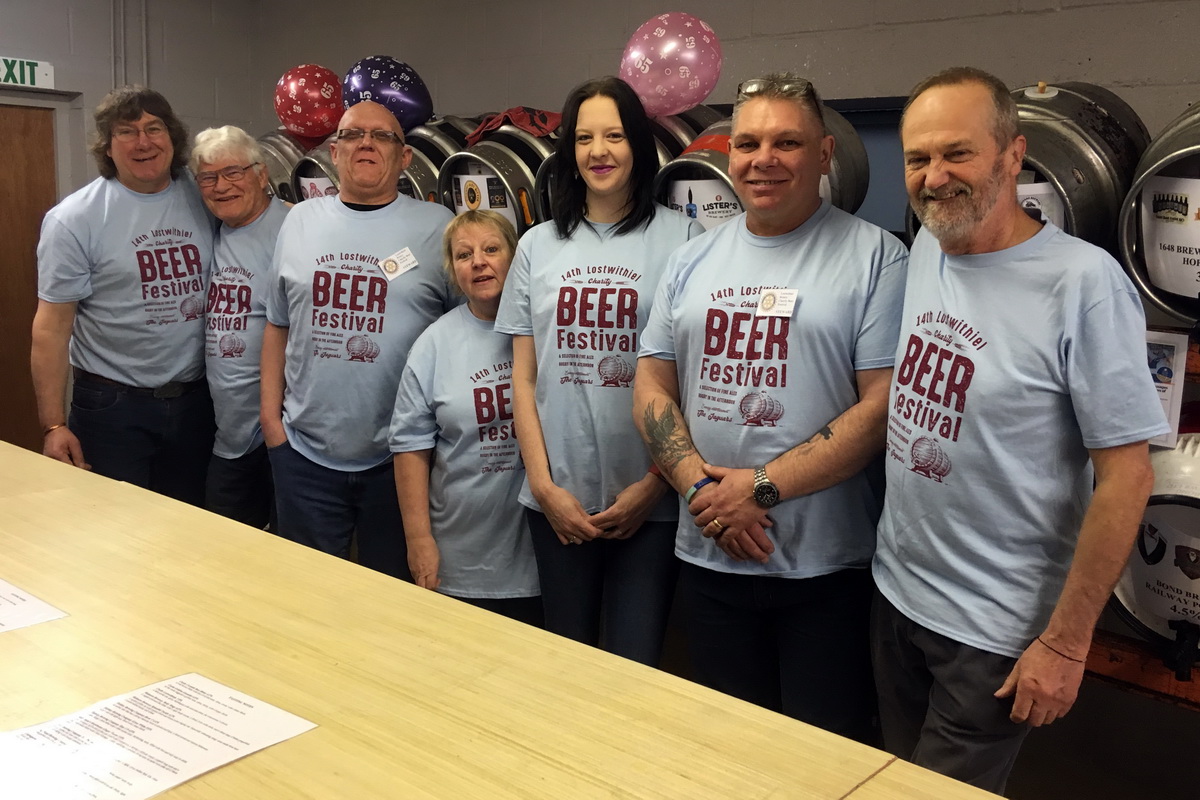 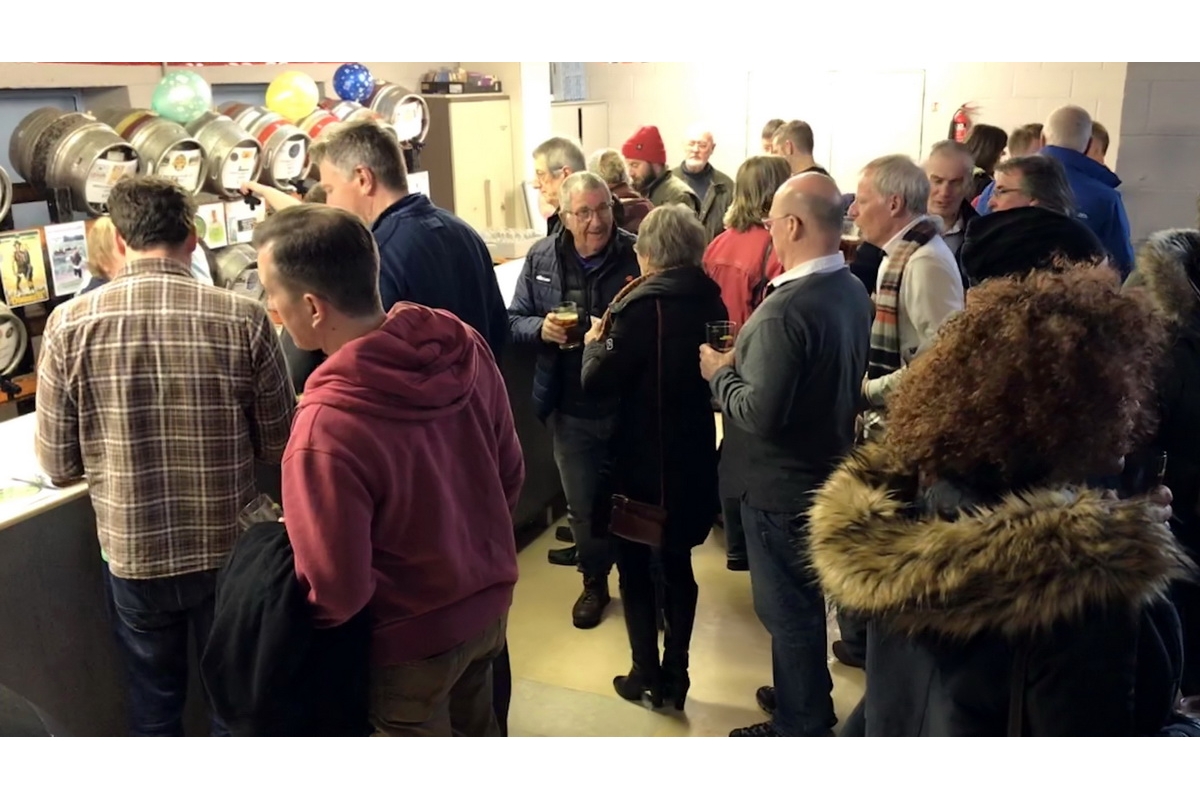 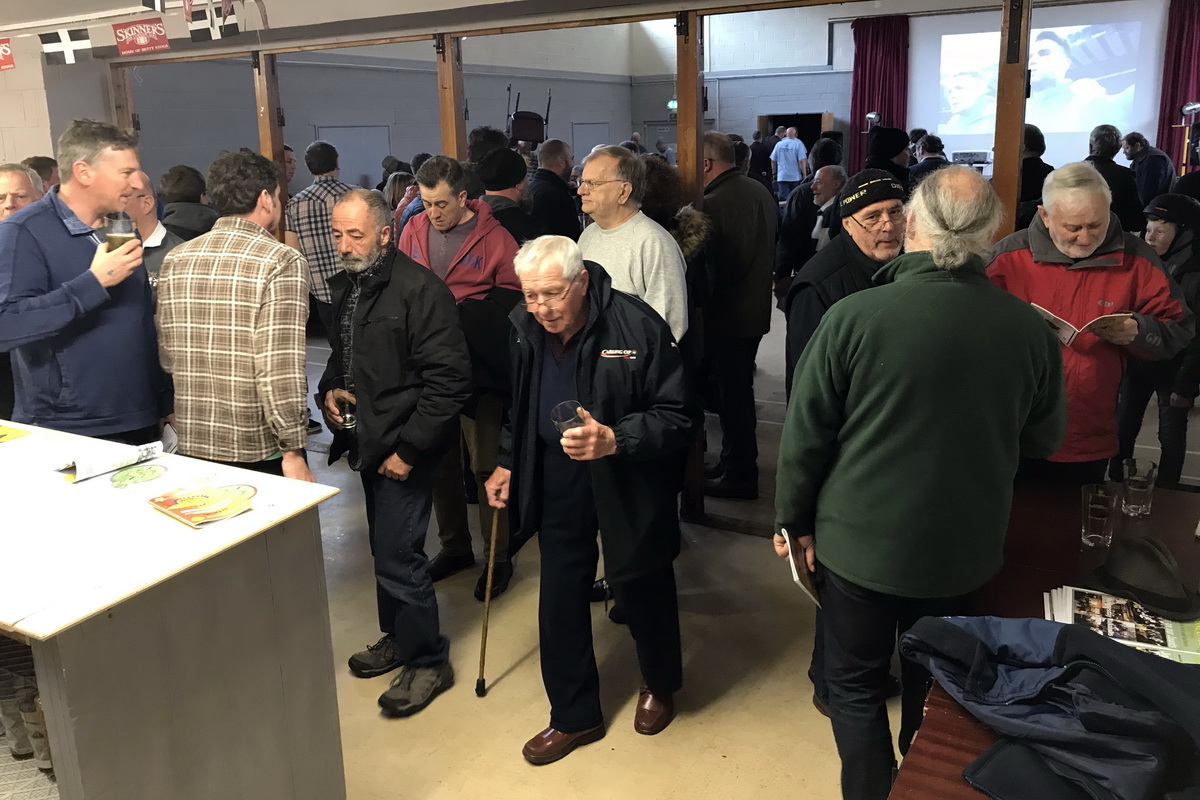 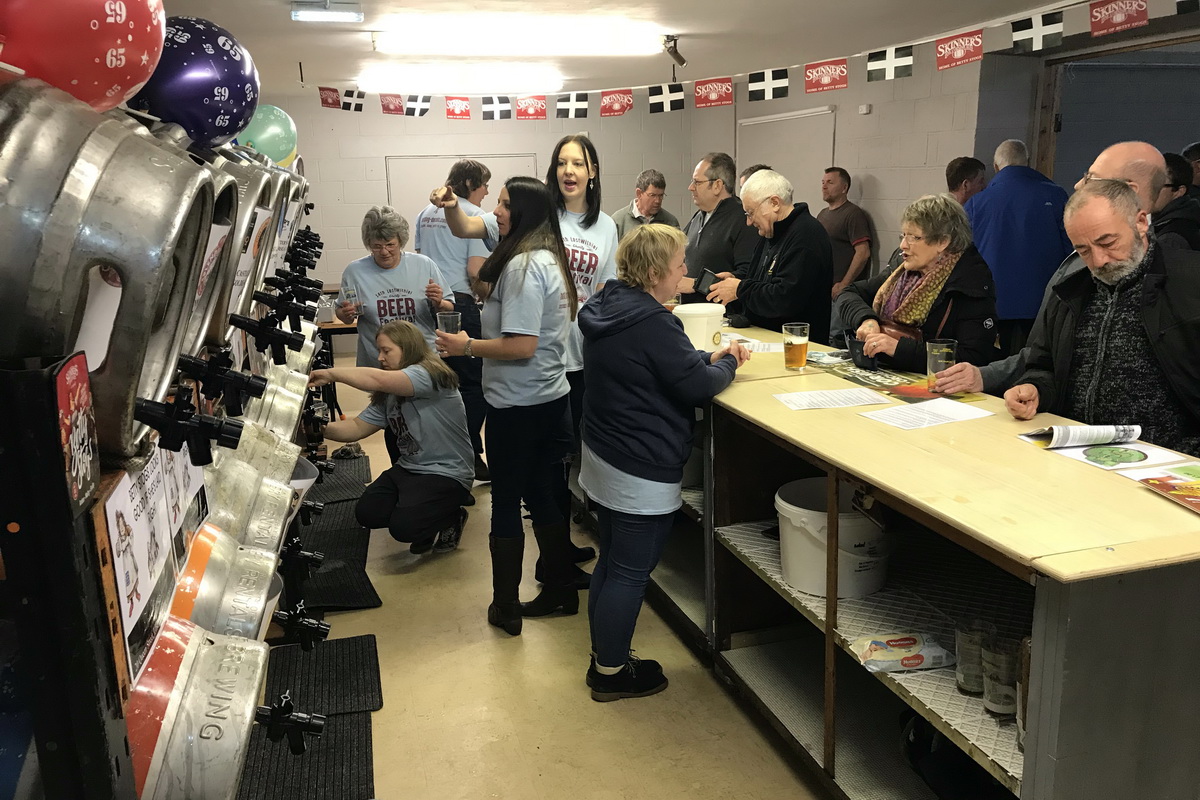 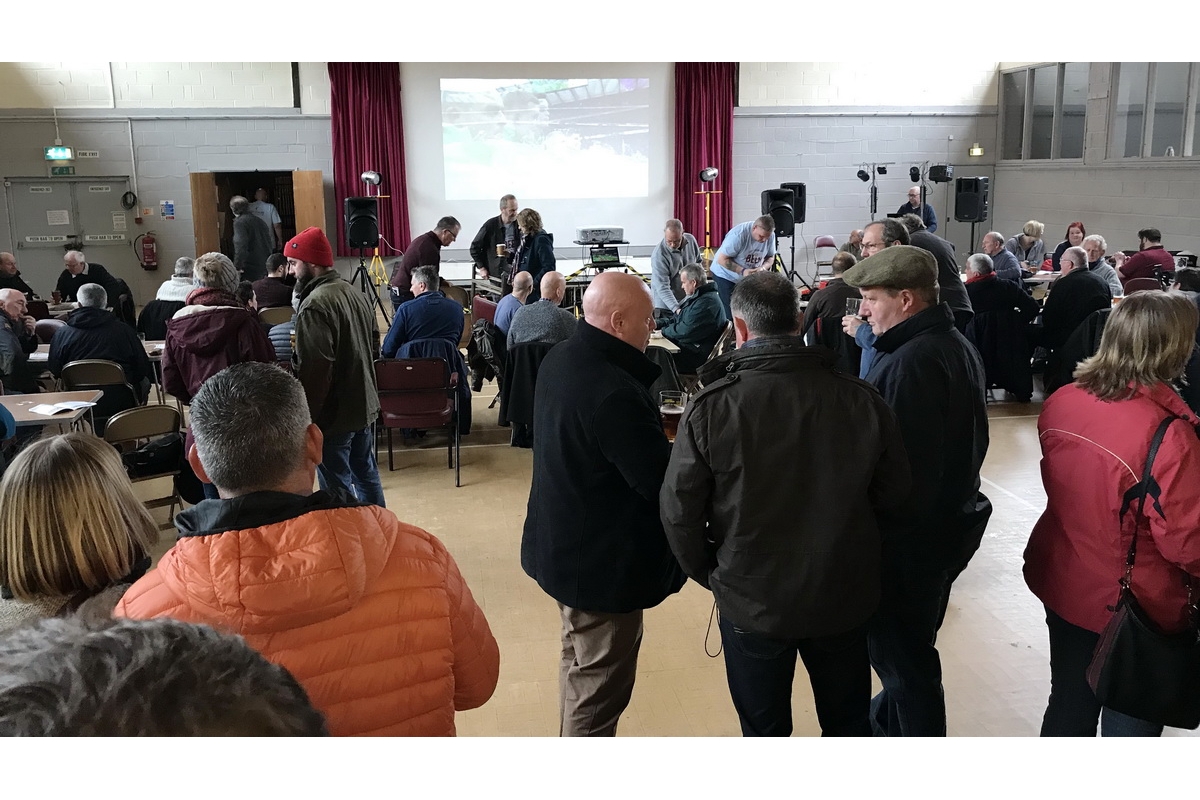 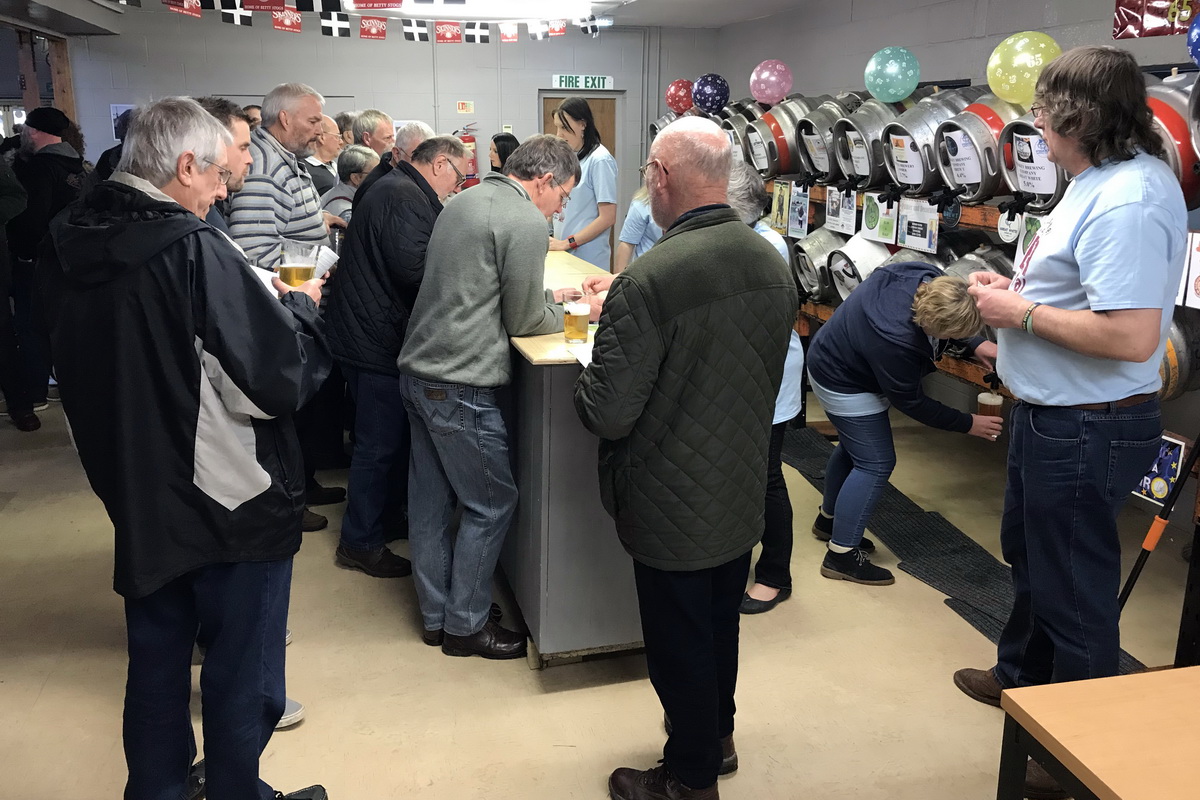 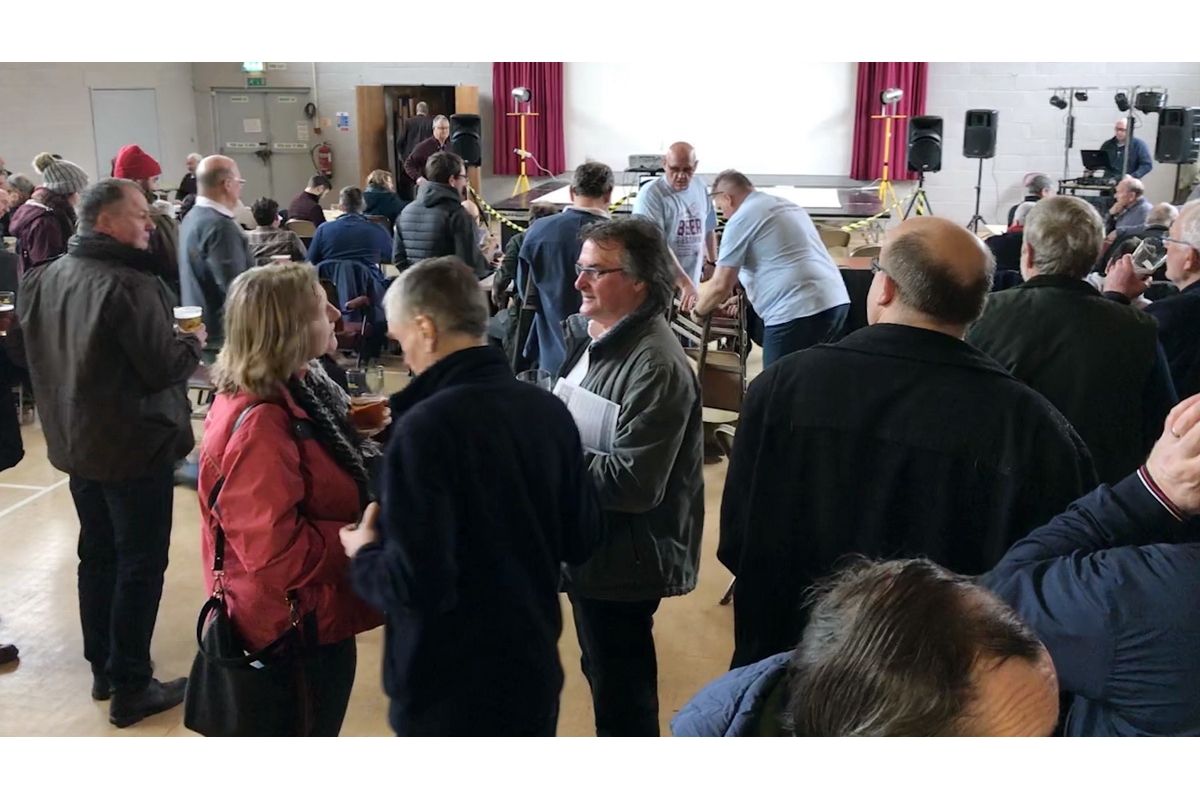 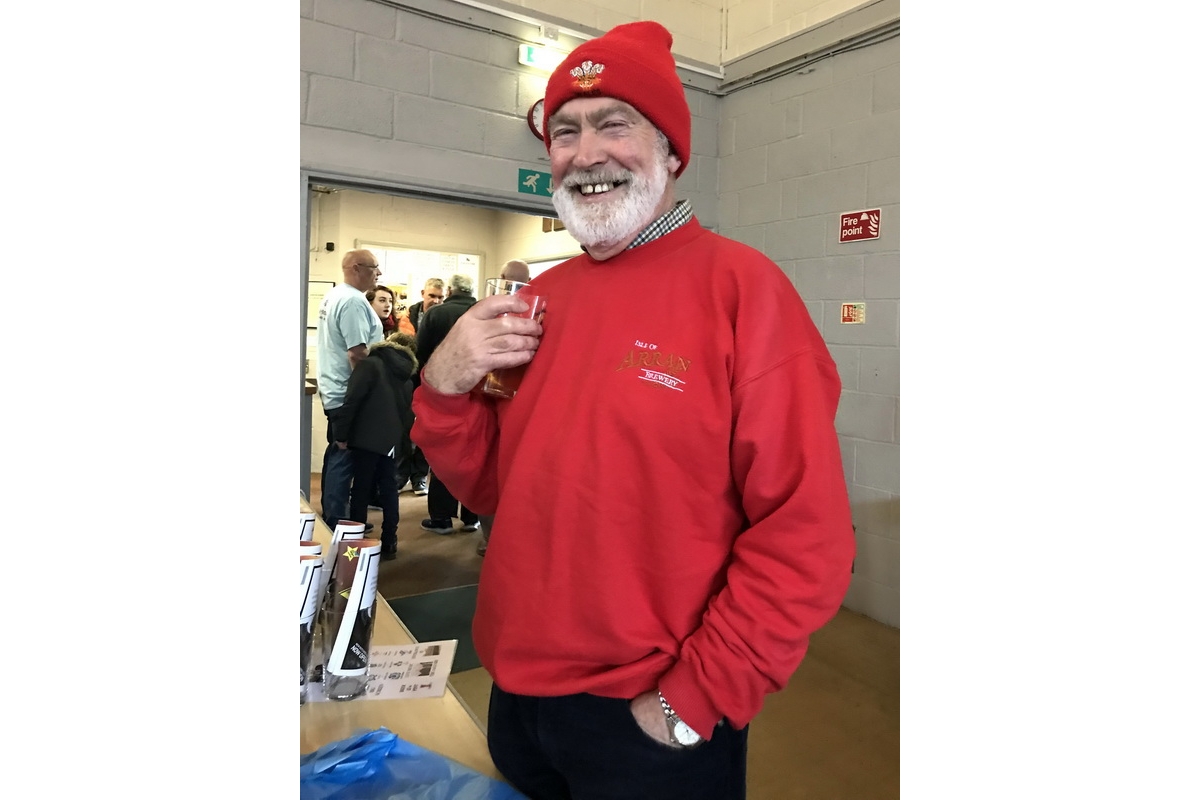 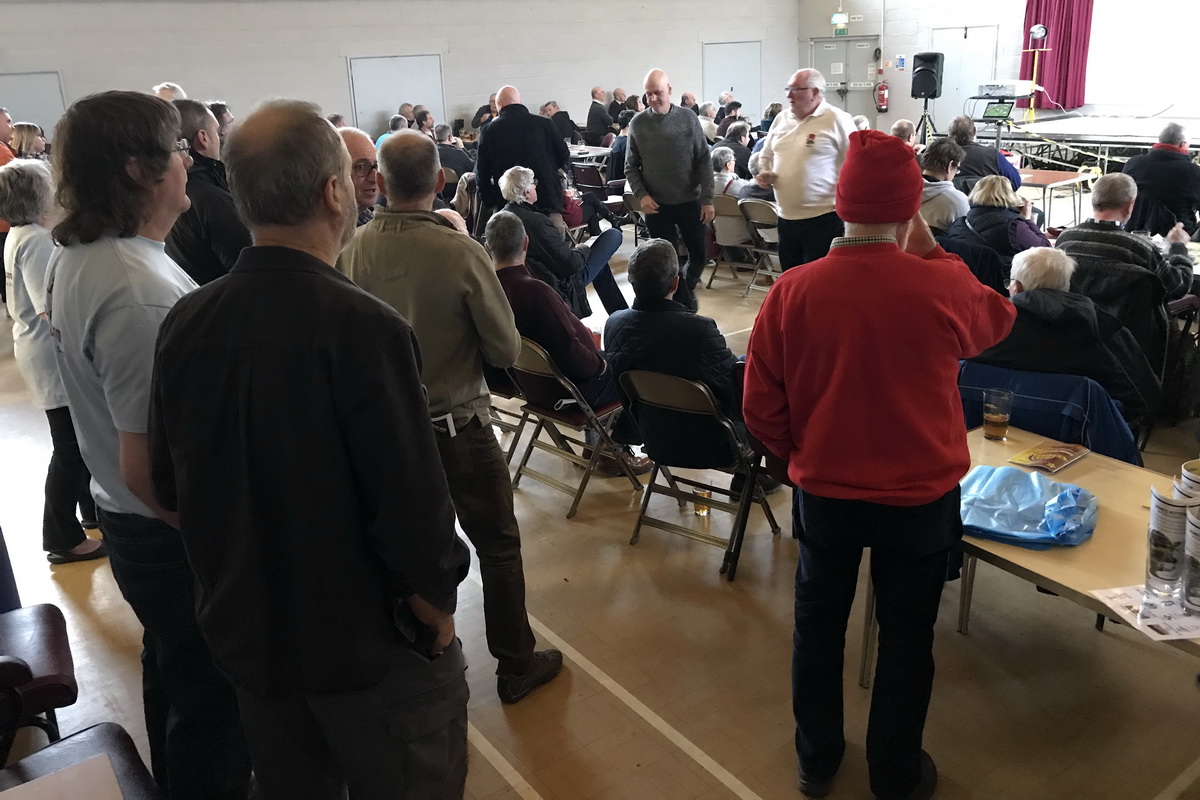 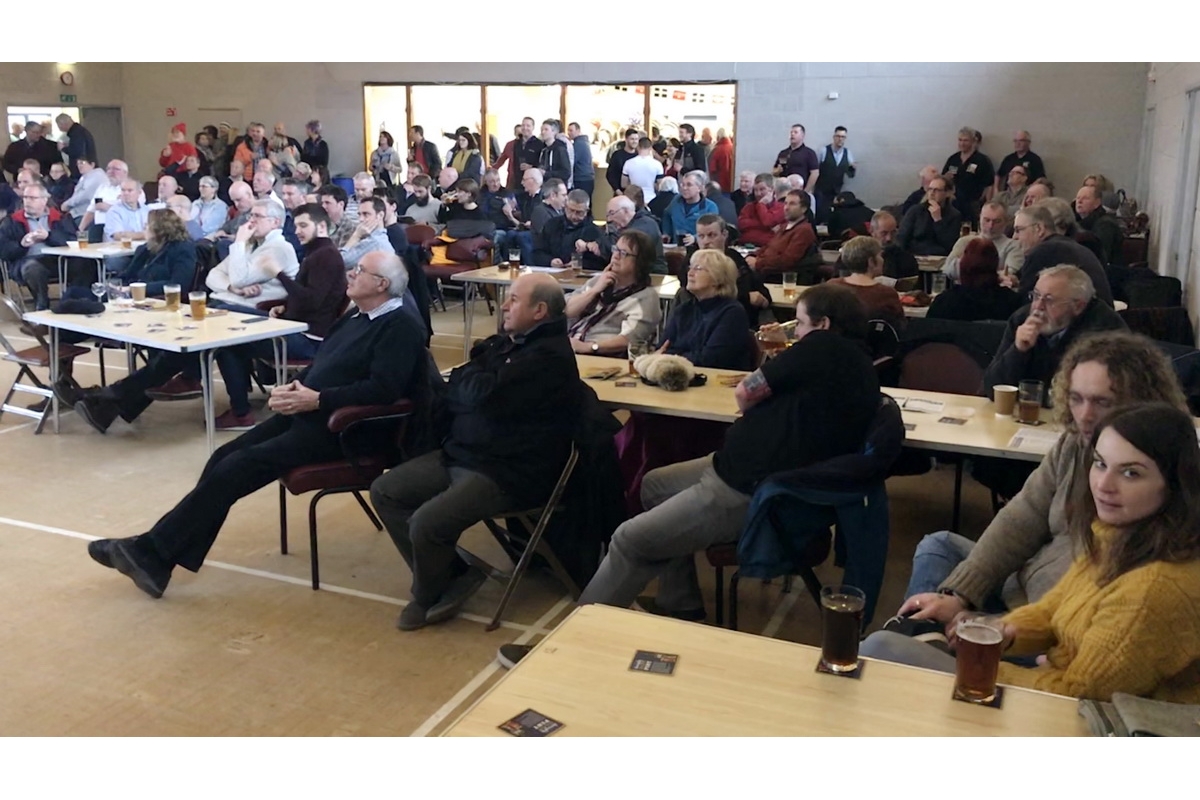 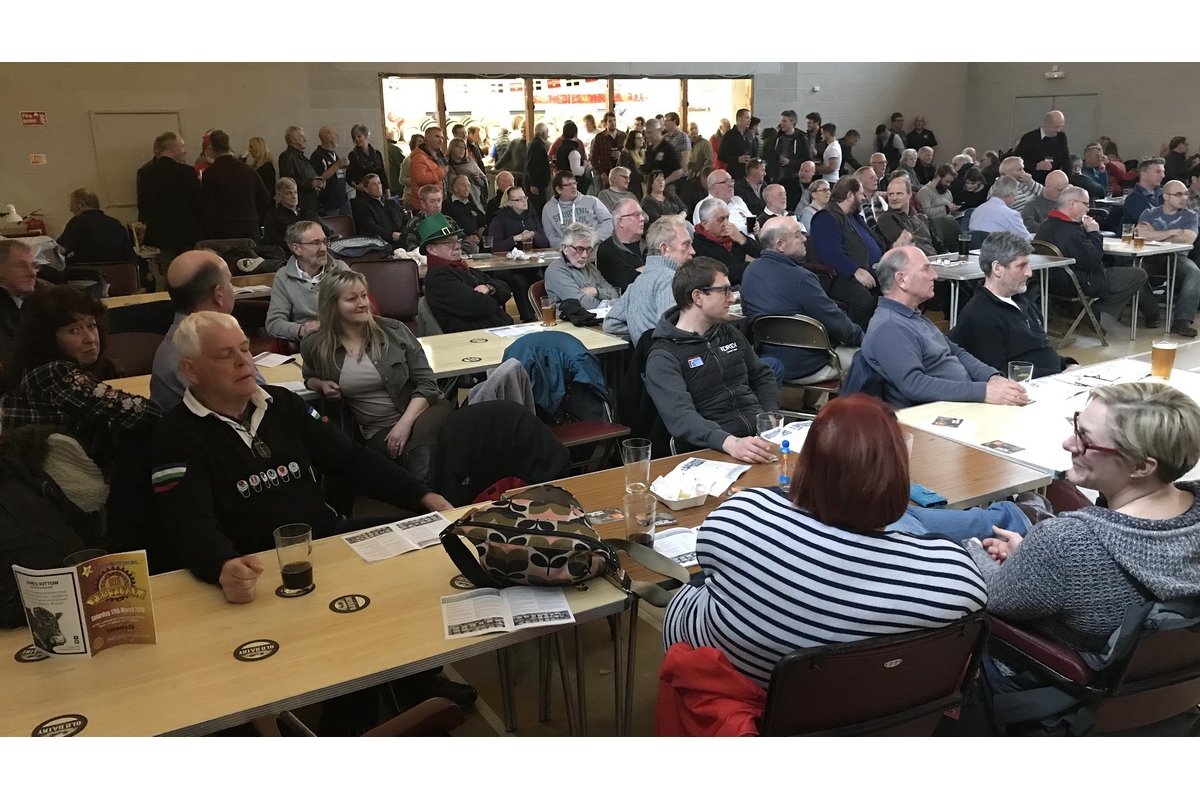 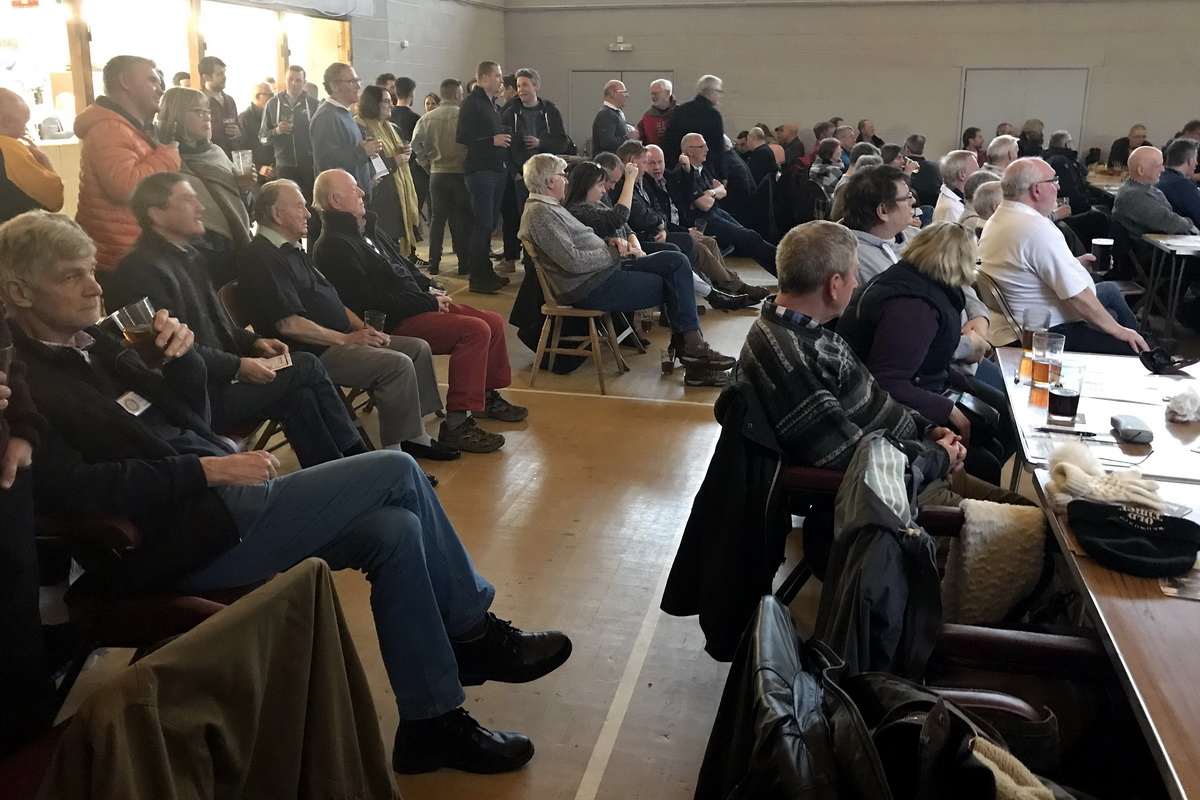 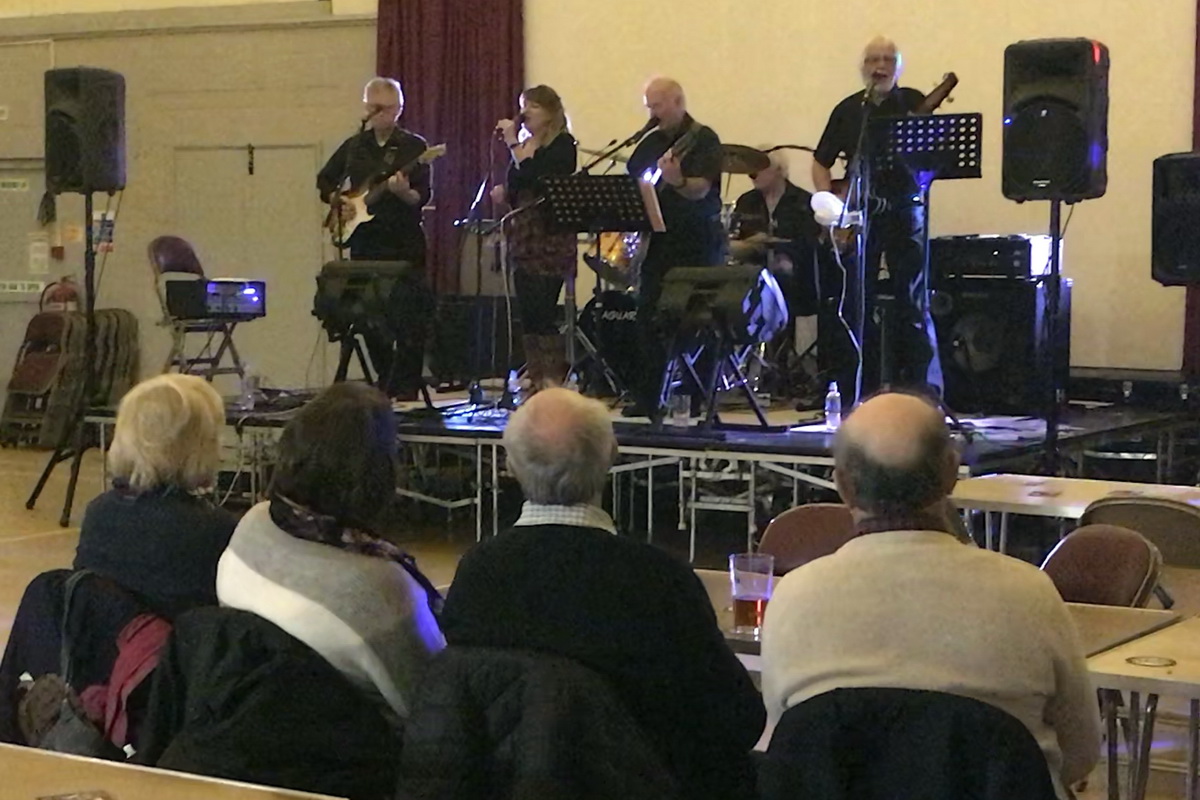 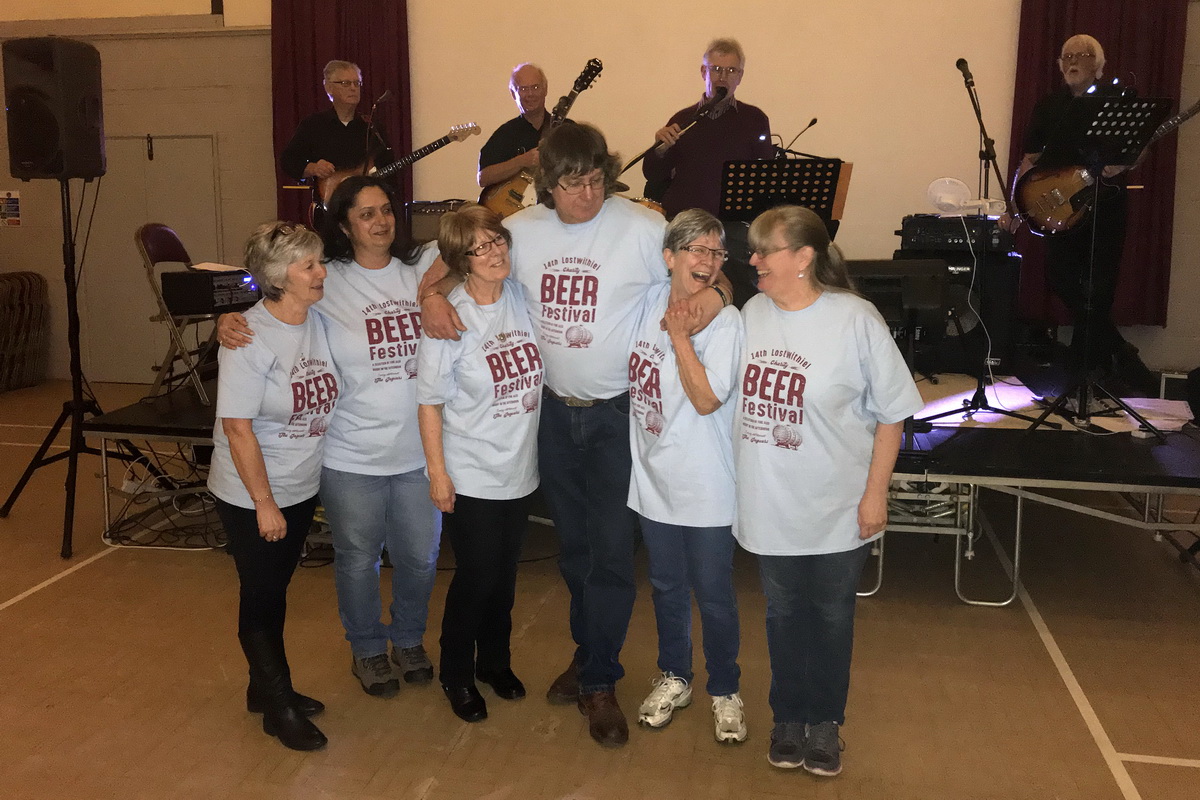 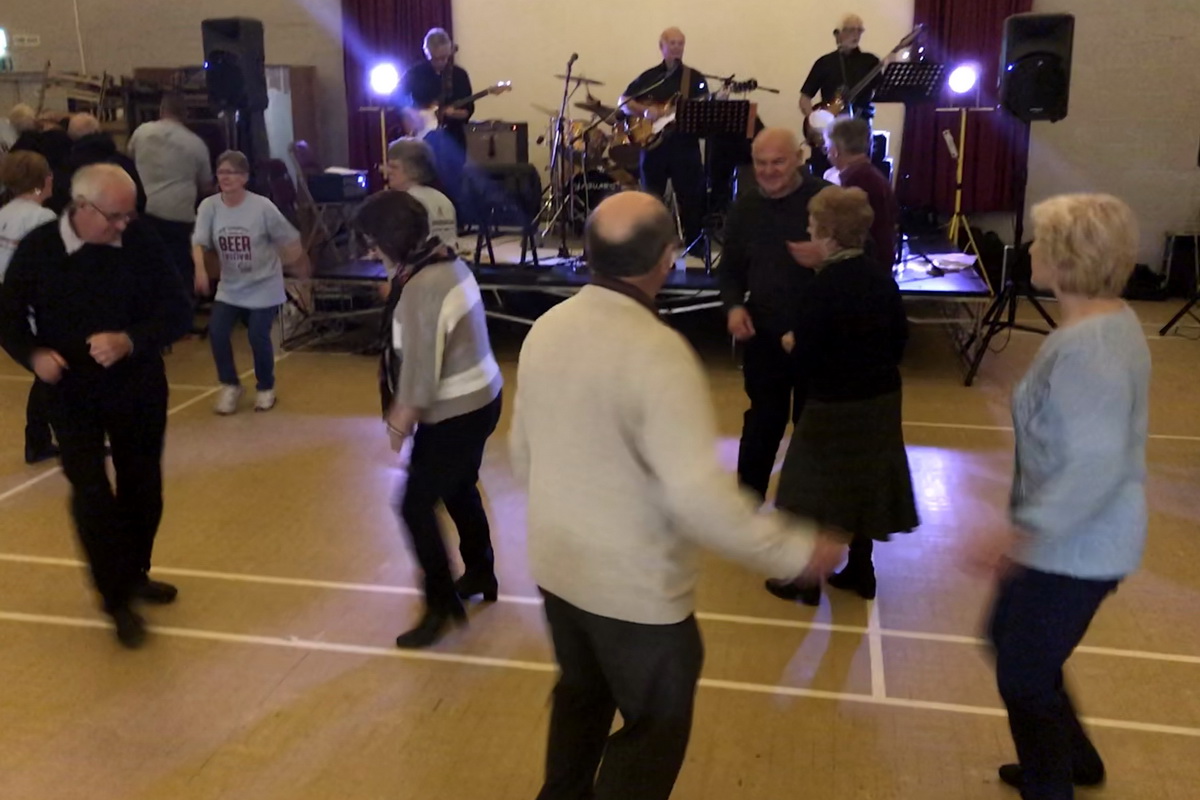 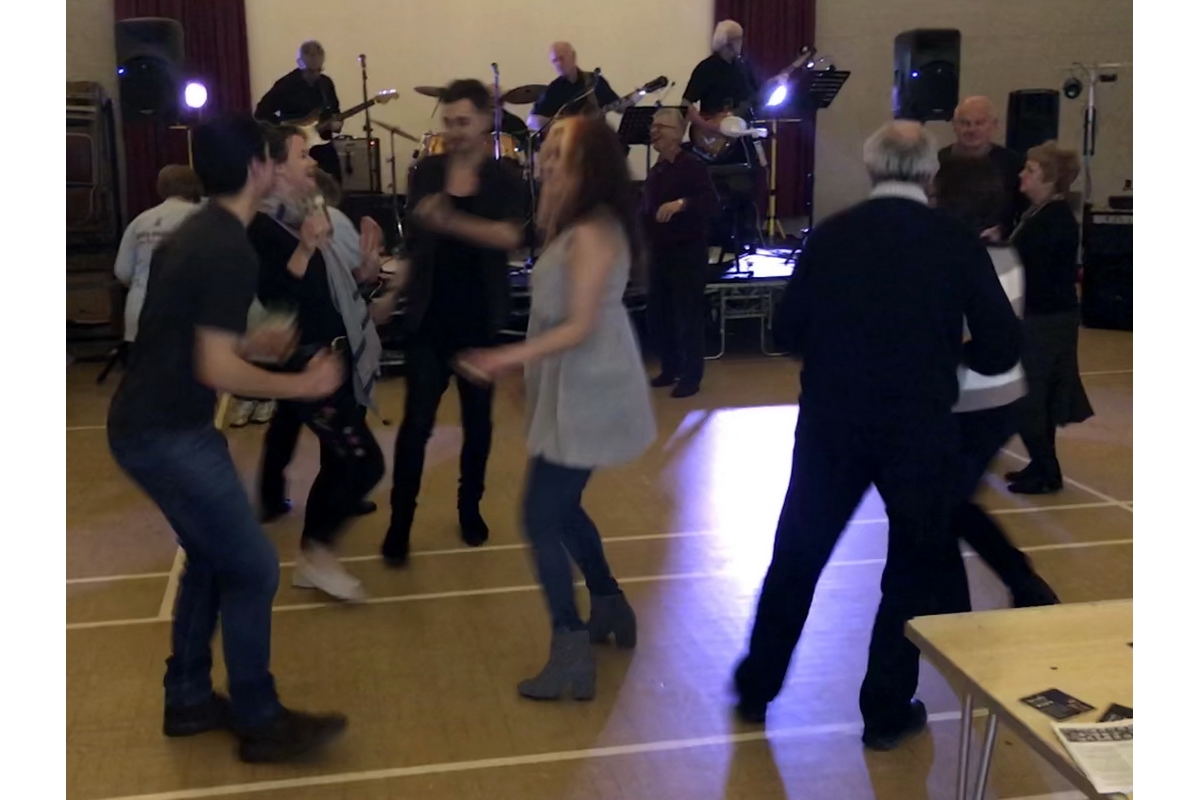 Click here for details of the next beer festival

Once again, you have twelve hours to enjoy the delights offered – so pace yourselves!

Enjoy the peace and solitude at first, relishing in the fine real ales that are on sale, most of them sourced from small and micro breweries from around the UK. Wines are on sale if the malt and hops become too much, and soft drinks and food will be provided throughout the day at the Centre Café, provided by Kernow Forno.

Re-entrance into the hall is allowed throughout the event; just get your hand stamped by the guys at the entrance. Take the opportunity to escape for a short while and see what Lostwithiel has to offer, with its other culinary delights, fine hostelries and the very many specialist shops that Lostwithiel is known for.

Six Nations Rugby internationals will be screened throughout the afternoon and early evening. The fixture list is as follows:

The rugby will give way to disco music provided by the Rockin’ Rotarian. He’s an avid Abba fan (!), so make his day and make Mamma Mia your favourite request to him. The main entertainment for the evening is provided by the Jaguars, the group where Al Hodge started his rise to fame. Back in the 1960’s, a Bodmin group called the "The Jaguars" were one of the most popular groups in Cornwall, featuring the legendary Al Hodge. In September 2012, the group members made a one-off reunion appearance at Bodmin Jail, after which they decided to reform. Now with original members Cliff Webb and John Pearn, joined by Mike Black-Borow and Chris England, the Jaguars are once again re-capturing the sounds and songs from their heyday. 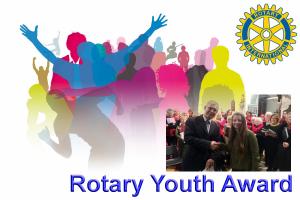 The 2017 Rotary Youth Award has been awarded to Martha Woods, a vital and dependable member of "Lost in Song", a 60-strong community choir based in Lostwithiel 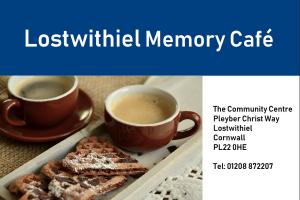 Opening Doors to a Brighter Future (careers event for teenagers)

Careers event on Wed 16 Jan 2019 offering the best advice for 13 - 17 year olds about vocational opportunities. If university is not for you, but you still want a challenging and rewarding career, then this event will help you decide what to do. 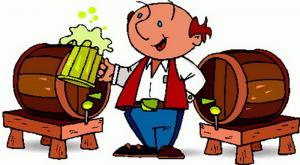 The 15th Lostwithiel Charity Beer Festival will be held in the Lostwithiel Community Centre on 16th March 2019 with rugby in the afternoon and music and dancing in the evening.

Carnival (a week of fun every year during July) 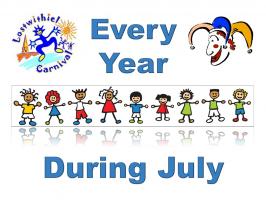