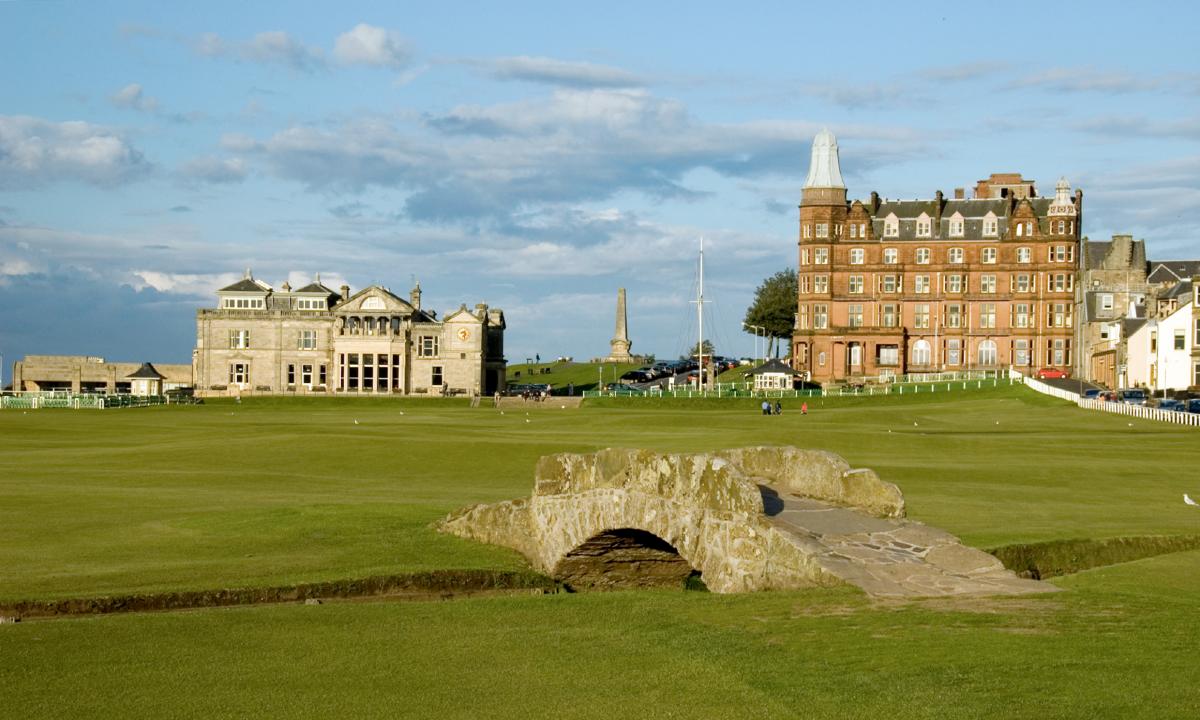 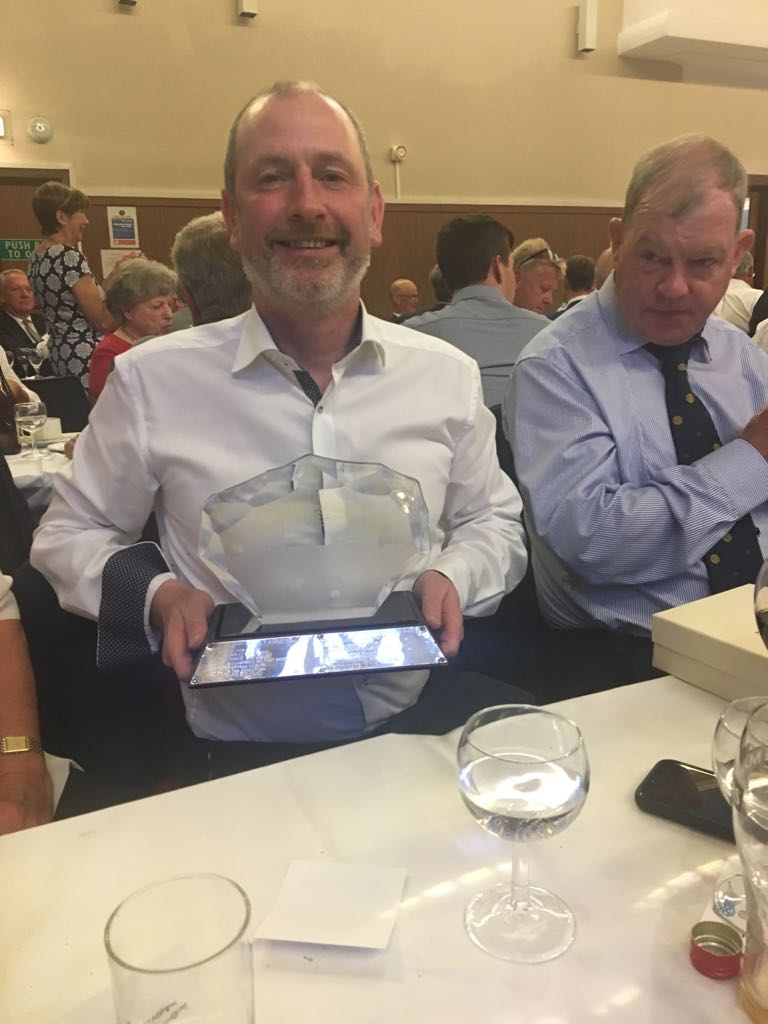 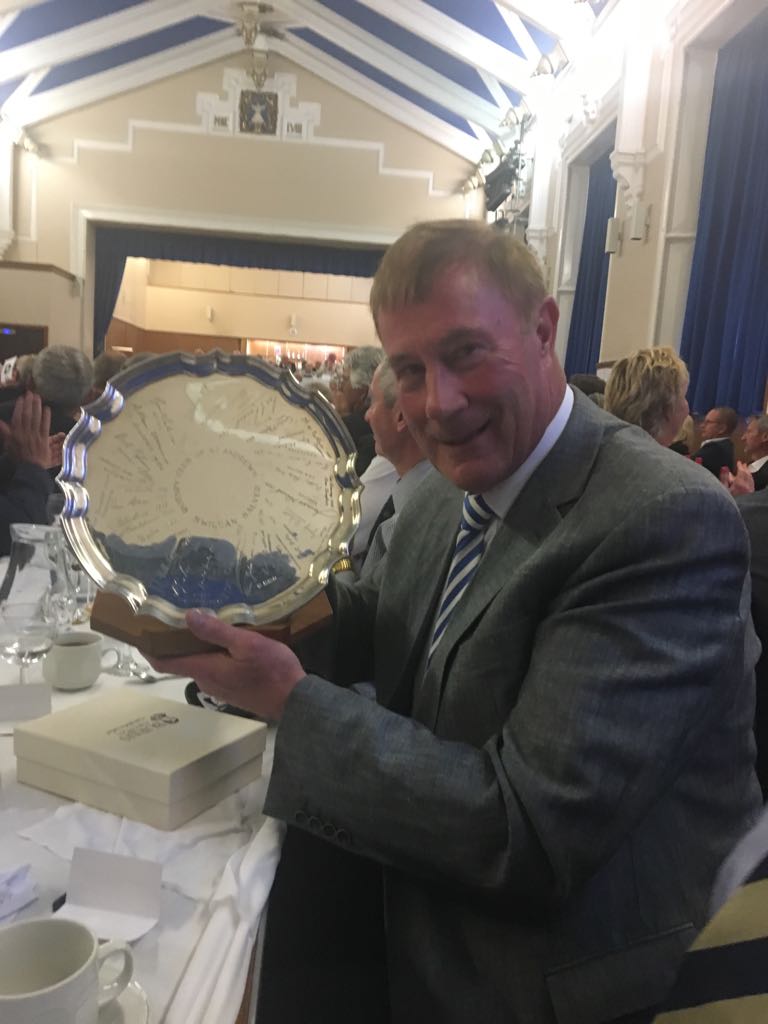 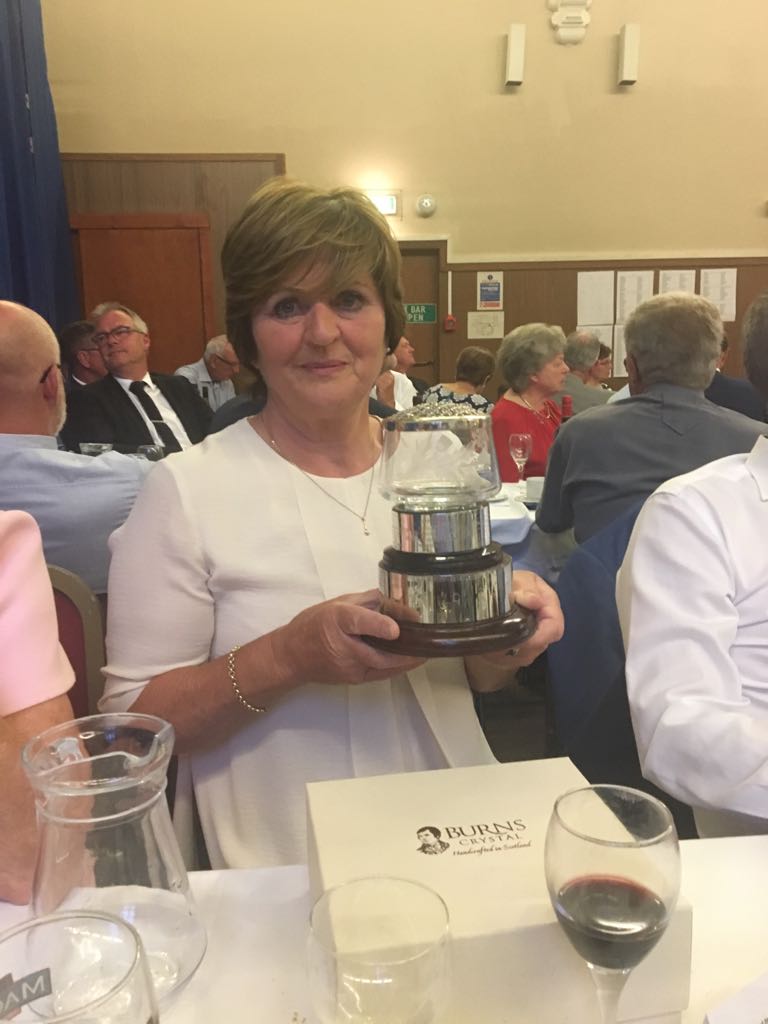 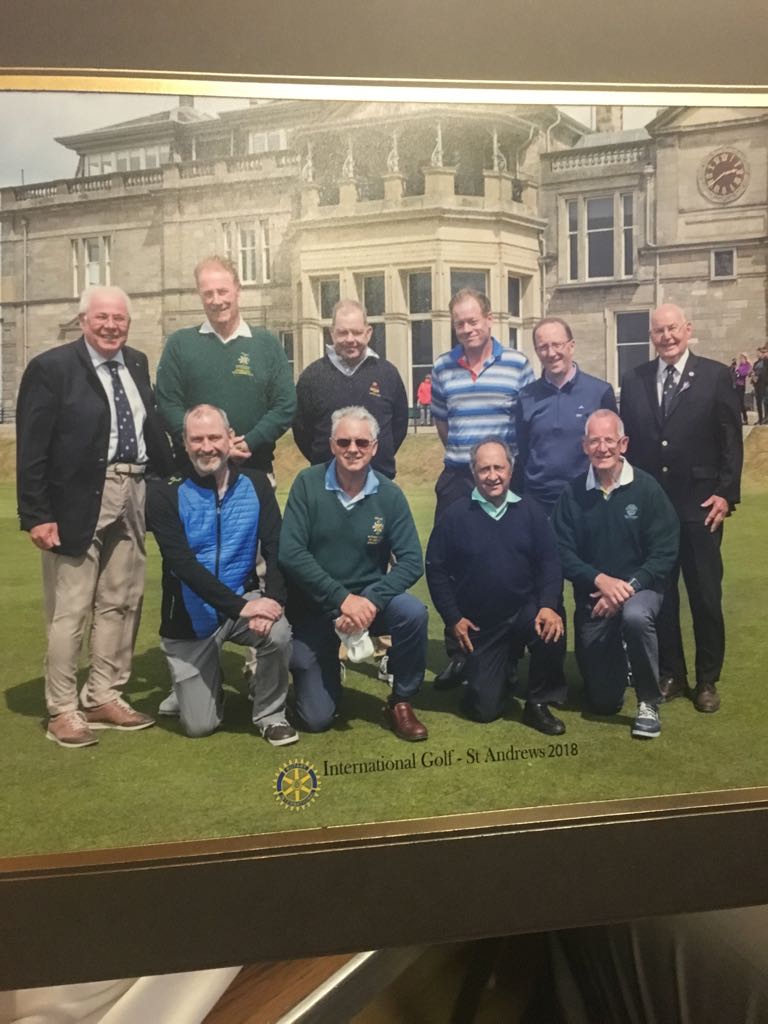 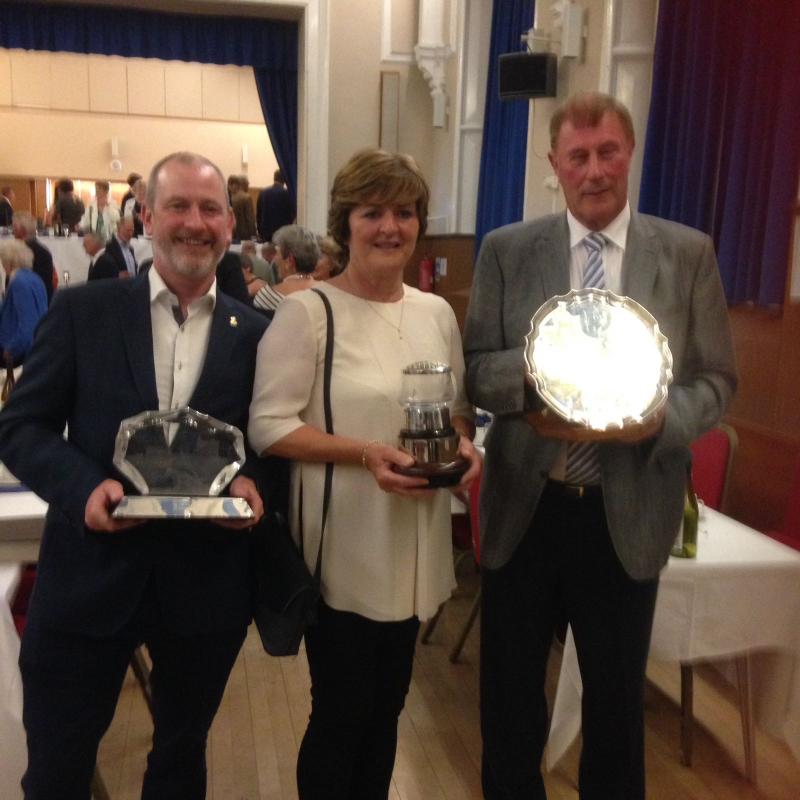 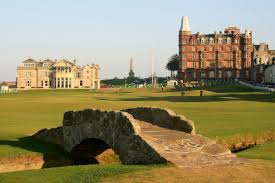 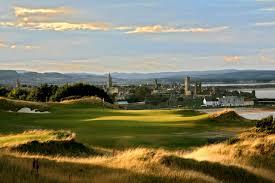 When the email attaching the brochure and booking form for the Rotary 2018 Golf Tournament arrived in the Inbox of our golfing members it sparked discussions as to who was going on this golf pilgrimage to the home of golf in St. Andrews.

It transpired that our club of thirty members boasted an impressive Club entry of eight members and three spouses.

Brian Fitzsimons booked us into the David Russell student accommodation apartment complex that ensured we were housed together. Flights were booked as were three hire cars.

It wasn’t long until Sunday June 10th arrived when most of us met up at Dublin Airport for our Ryanair flight to Edinburgh. Robert and Irene had earlier travelled by car and boat. Unfortunately Carol Stafford was unwell and couldn’t travel.

Later that evening, after having visited the practice facilities, we all met up for dinner in St. Andrews, Robert, with his customary attention to careful planning, having booked eating places for us to have dinner each evening.

After some great scores on Monday in the Rotary competition there was great excitement and anticipation to Tuesday’s round that would determine whether any of the group would make it onto the Ireland/Scotland team to play on Wednesday and Thursday on the New Course and the Old Course against England/Wales - Nordic Europe - Rest of Europe - Rest of the World.

As it turned out Michael Kennedy, Brian Fitzsimons, Paul O’Reilly and Tim Nyhan made up 50% of the combined Ireland/Scotland team and there were no Scots on the team.

Susan McInerney won the non-Rotarian Ladies Competition on the Monday with an impressive score that saw her play the Old Course on Thursday along with all of the teams.

Each day the golf was the highlight and, over coffee or a pint of refreshment with playing partners, we held the ‘post mortems’ on what might have been. After a rest we repaired to our chosen eating place and had great Rotary fellowship together.

Despite leading the team competition after Wednesday’s play Thursday’s weather brought storm Hector with 60mph winds that made it virtually impossible to play normal golf. The Nordic countries managed to handle the wind better than the rest of the teams and did enough to secure the team victory by a margin of 17 points from the Ireland/Scotland team.

We generally participate in this tournament every second year but there are some who might favour making the trip in 2019.

If they do they will follow a long line of Fingal Golfing Rotarians who seek to keep alive our Club’s proud and competitive record in the tournament. 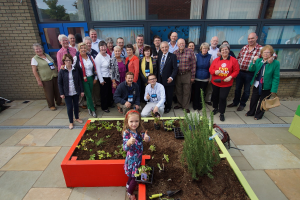 Find out more on how the Club has supported a skills based training programme. 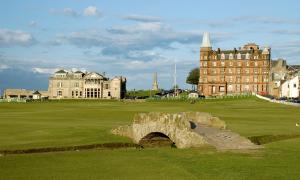 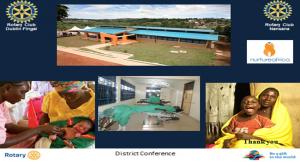 Some of the projects delivered by Dublin Fingal Rotary to people in need around the World.

Rotary's annual competition to find outstanding young people, whose prize will be a trip featuring visits to Leinster House, Stormont, and the European Parliament in Strasbourg, where they will have the opportunity to debate with European peers.

Meeting Together in Fellowship

Meeting in friendship and community