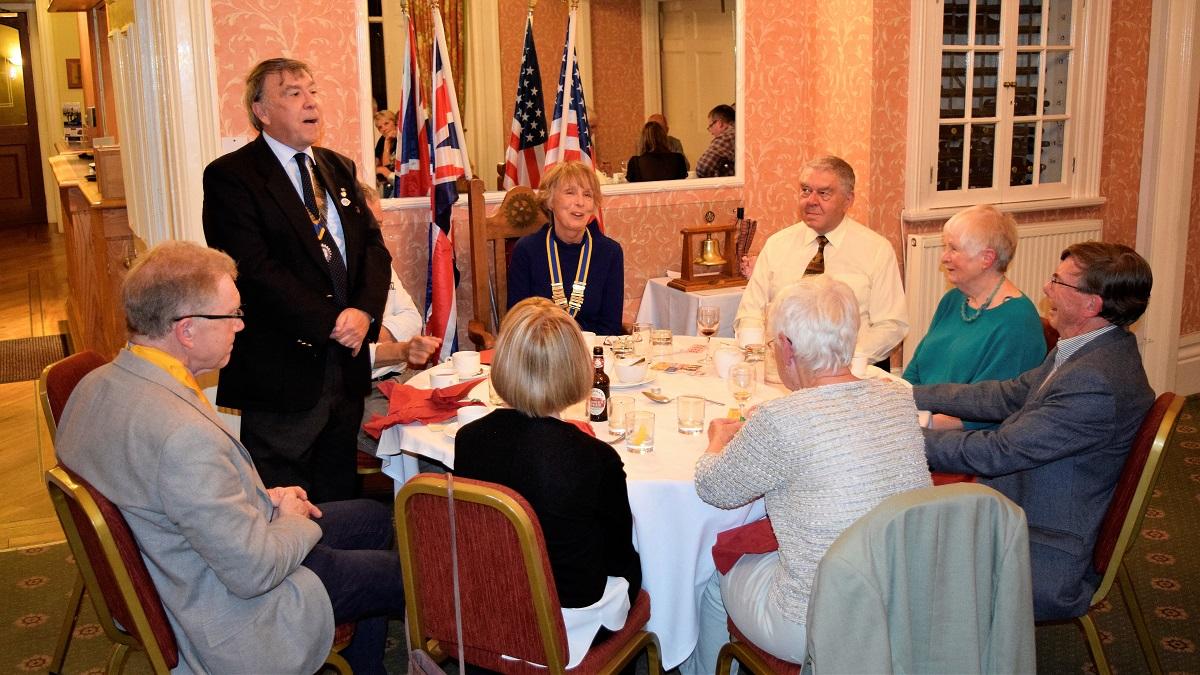 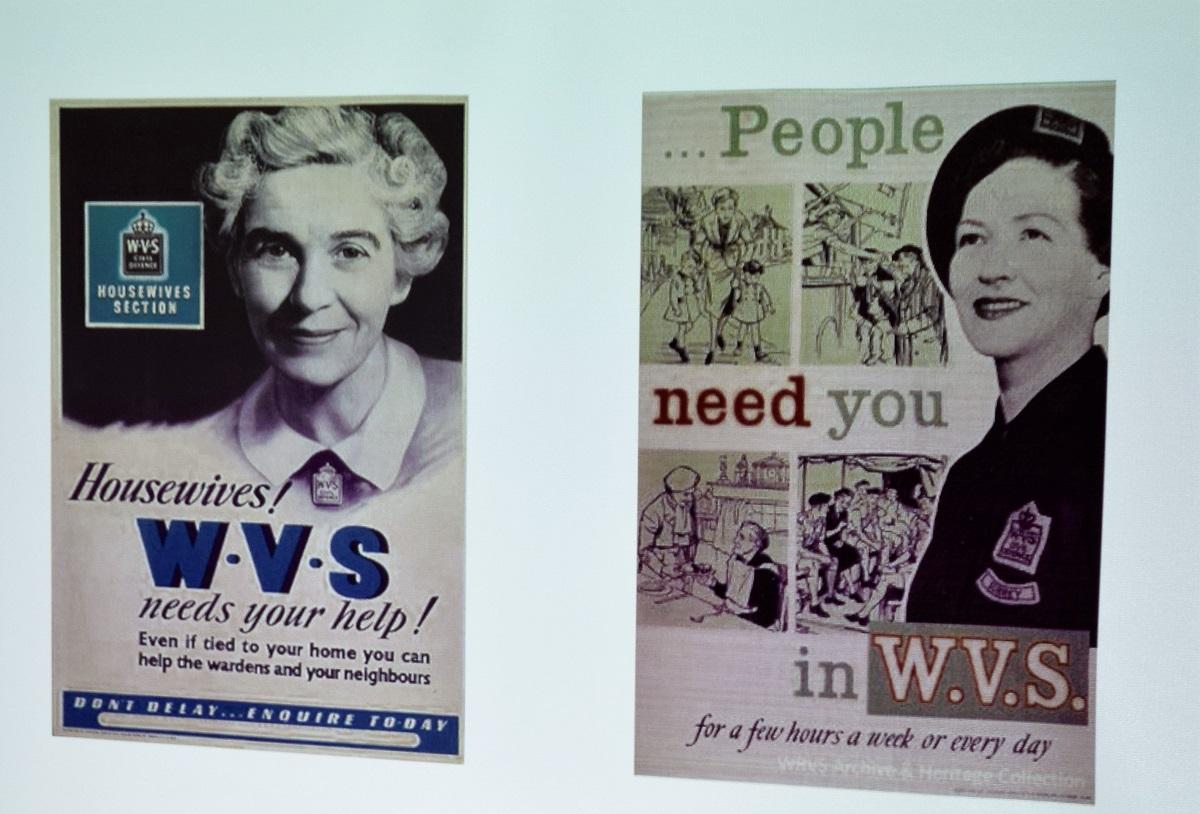 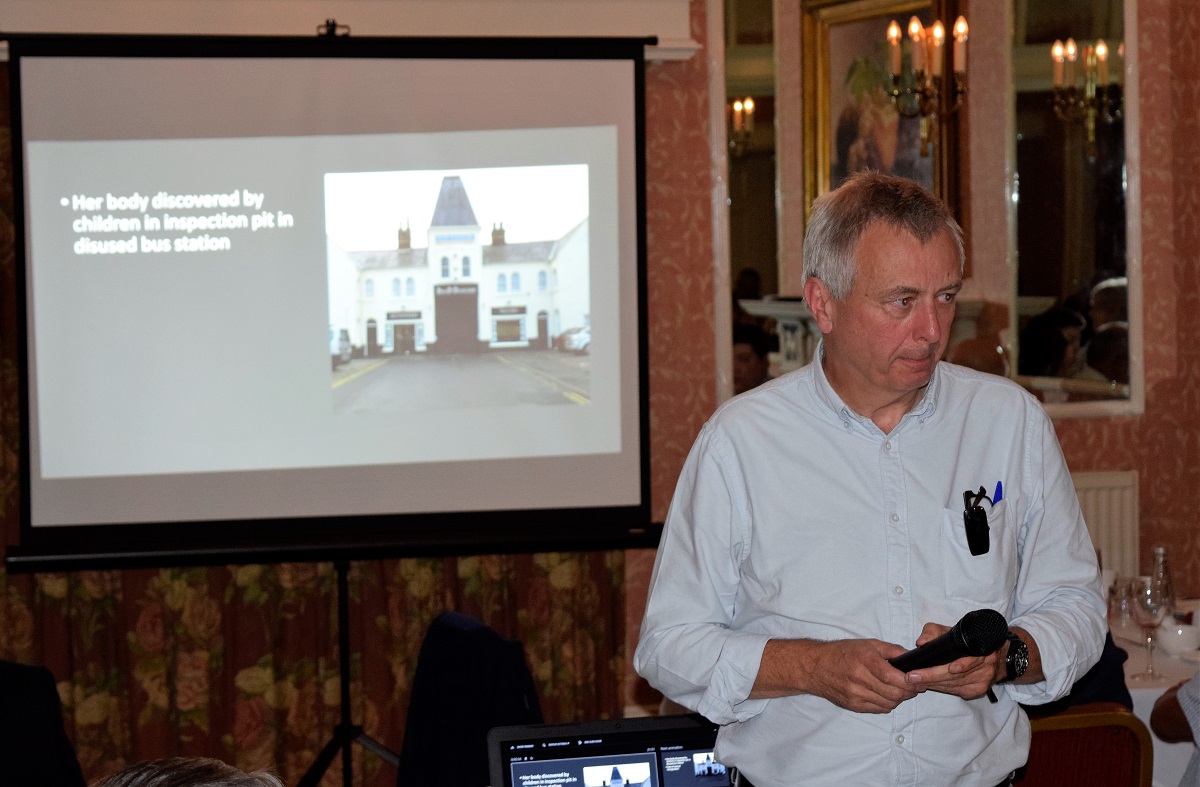 Interesting insights into the role of Women in World War ii in Scarborough
Talk by local historian and author Stewart MacDonald at a joint meeting with Pickering Rotary Club on Wednesday 26th September. An enjoyable evening along with Pickering Rotary at the Forest and Dale in Pickering – some sixty members and guests.
Fascinating presentation by Stewart.  Seemingly many of the activities of women in world war ll throughout the country and in Scarborough we channelled through the WVS (Women’s Voluntary Service).
The WVS was established by the Dowager Marchioness of Reading in 1938 to fully engage women in the role of civil defence during World War Two, at its height 960,000 women were involved in the Service, working alongside local authority personnel and the Air Raid Precautions Service. Their work became vital to the war effort on the home front, with women from all walks of life volunteering to undertake a range of duties – from the collection of green waste in “pig bins” and the co-ordination of metal salvage to the running mobile canteens and rest centres in the blitz-torn streets of Britain.
In Scarborough there were 1,500 volunteers in 1940 and by 1942 222 ‘departments’ – specialisms.
These specialisms included support after air raids; medical help; clerical work; salvage; – and VAST amounts of sewing.  In Scarborough 4,500 badges were sown onto uniforms and innumerable pairs of socks darned in one year.
WVS provided workers to work at the Trinity Chair Works – manufacturing hundreds of utilitarian chairs for us by British forces in the UK as well as - on a sombre note -thousands of commemorative wooden crosses for supply to the US forces.
The WVS also joined up as firefighters and Stewart showed an old photo of four women handling a hose to douse a fire in the annex of the Grand Hotel – one of the 3,000 buildings damaged by air raids on Scarborough
Stewart briefly mentioned the “Y” Stations (“Wireless telegraphy” stations) intercepting German morse code signals with the WVS transcribing these messages for deciphering in Bletchley , vital and excruciatingly tedious work for the forerunner of GCHQ as we know it today.
WVS archives are being digitised so a to be available on line- to take a quick look at the information up to 1941 click this link:-
https://museumcrush.org/hidden-histories-of-a-million-wartime-women-wvs-records-to-go-online/